How to Improve College Success for Single Students with Children

Students who are single parents are much less likely to graduate than other undergraduate students. They also graduate with more student debt. Yet there are several simple solutions that can help them succeed.

The amount of student loan debt at graduation also is greater than other students, especially for bachelor’s degree recipients.

Students who work a full-time job during the academic year are half as likely to graduate with a bachelor’s degree or an associate’s degree within six years. This is compared to students who work 12 hours or less per week (based on data from BPS:04/09). 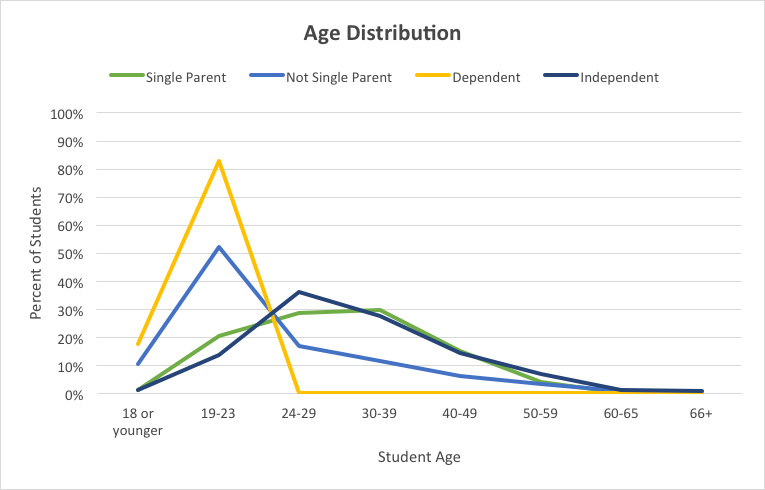 Problems Faced by Students Who Are Single Parents

Solutions for Students Who Are Single Parents

With proper support, single parents can have the same graduation rates as other students! Most solutions involve eliminating potential conflicts between school, home and work life. Support for students who are single parents includes:

Affordable on-campus child care. Schools should expand their on-campus child care facilities to students and subsidize the costs for students who are single parents. Depending on the age of their children, the student’s childcare needs might differ. For example, preschool children need daycare, while older children may need after-school programs.

Flexible scheduling options. Students who are single parents might have scheduling constraints, such as needing to take classes when their children are in daycare or school. If the student must stay home to take care of their children, some classes provide online or video lectures.

Counseling and academic support. Wraparound support programs and parent support groups can be helpful. Colleges also can provide social workers to help students who are single parents to apply for WIC, SNAP, TANF and other public benefit programs. Colleges also can provide parenting classes and life skills classes and workshops. Third-party scholarships for students who are single parents, such as the Patsy Takemoto Mink Scholarship.