The Federal Pell Grant is a form of gift aid, which is money that does not need to be earned or repaid. It is the largest and most popular need-based college grant program for undergraduate students. You can apply for the Pell Grant by filing the Free Application for Federal Student Aid (FAFSA).

Recipients must not already have a bachelor’s degree, except for students who are pursuing a post-baccalaureate teacher certification or licensing program. Otherwise, the Pell Grant is not available for graduate and professional school students. Students cannot receive a Pell Grant from two colleges at the same time.

Since July 1, 2012, students have been limited to receiving the Pell Grant for the equivalent of 6 years of full-time enrollment. Students who are eligible for the Pell Grant have the option of skipping the grant for one term to preserve eligibility for the grant in a future term. This can be beneficial if the student would have qualified for the minimum Pell Grant, but expects to qualify for a larger grant in the future.

The Pell Grant is named after Senator Claiborne Pell (D-RI). He created the predecessor to the Pell Grant, the Basic Educational Opportunity Grant (BEOG) in 1973. The BEOG was renamed the Pell Grant in 1980 in his honor. 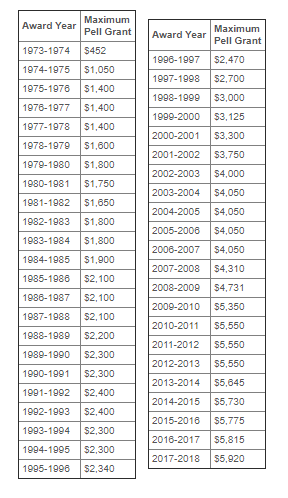