Atlanta is the most populous city in the state of Georgia, as well as the capital. With the ninth largest metropolitan area in the nation, Atlanta also has the highest concentration of colleges and universities in the southern US, which include the Georgia State University, John Marshall Law School, and Emory University, the last of which maintains the largest healthcare system in the state. The oldest private university in Georgia, Mercer University, maintains a campus in the capital, the Cecil B. Day Graduate and Professional Campus. Atlanta is also home to Clark Atlanta University, an historically black institution that’s a combination of Clark College and Atlanta University, as well as the Interdenominational Theological Center, a consortium of five predominantly African American denominational Christian seminaries.

Emphasizing science and technology, Georgia Institute of Tech, more commonly known as Georgia Tech, calls Atlanta home, but has satellites in Savannah, GA, as well as abroad. Other colleges of note within the city limits include Spelman College and Morehouse College, an all-women and an all-men’s liberal arts college, respectively. There are a number of for-profit institutions with campuses located in Atlanta, as well, including DeVry University, American InterContinental University, and Chamberlain University, as well as one 2-year institution: Atlanta Technical College, a part of the Technical College System of Georgia (TCSG).

With the third-largest concentration of Fortune 500 companies, as well as global headquarters for The Coca-Cola Company, The Home Depot, UPS, and more, Atlanta’s metropolitan area ranks the 10th largest economy in the country, partially due to the educated workforce. The city also maintains permanent companies in all major performing arts disciplines and is considered a national center for the arts. 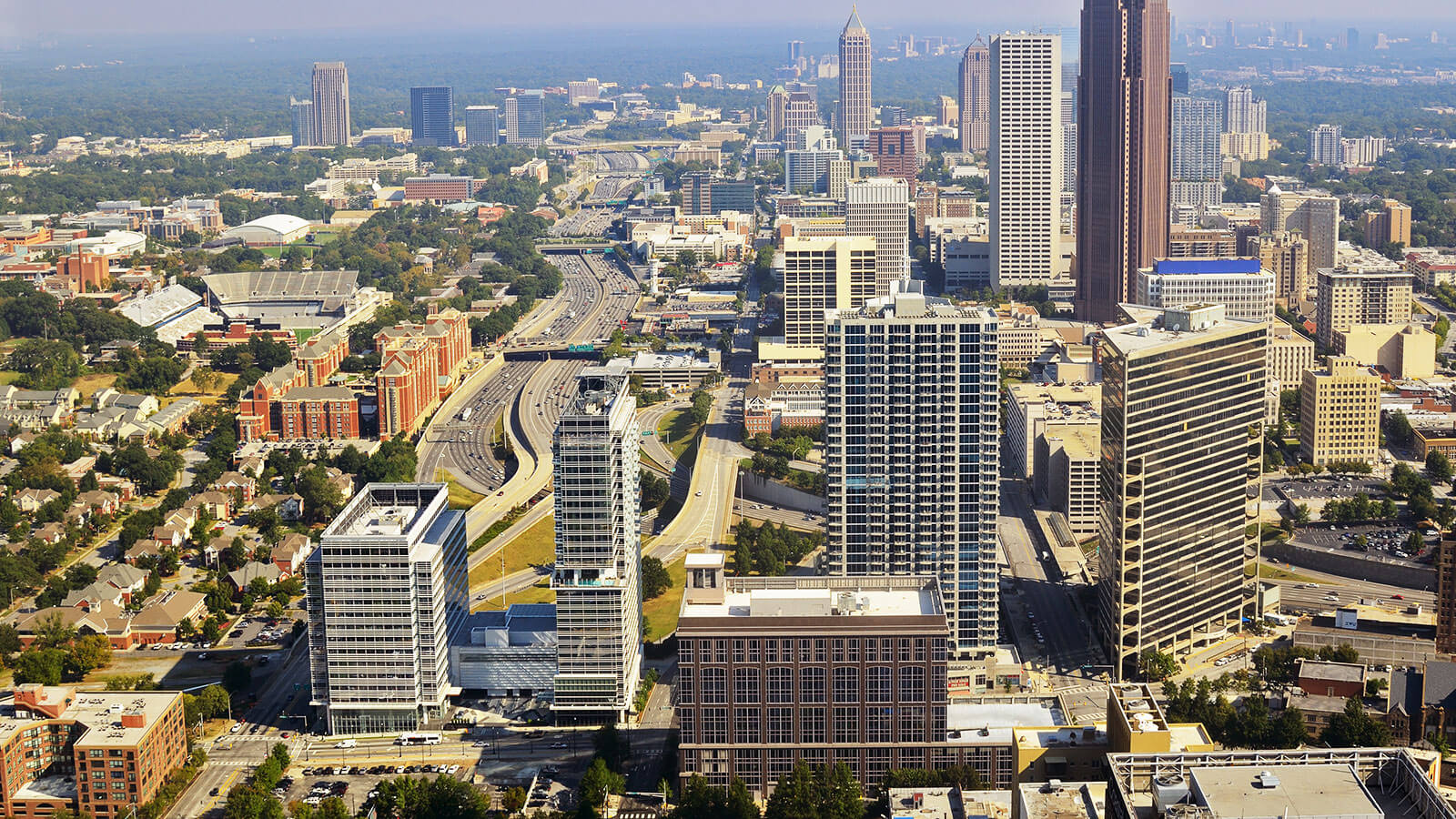 Georgia Institute of Technology, more commonly known as Georgia Tech, is a 4-year research institution offering technology-focused education based out of Atlanta, GA. The institution has a number of instructional sites, including online and physical... 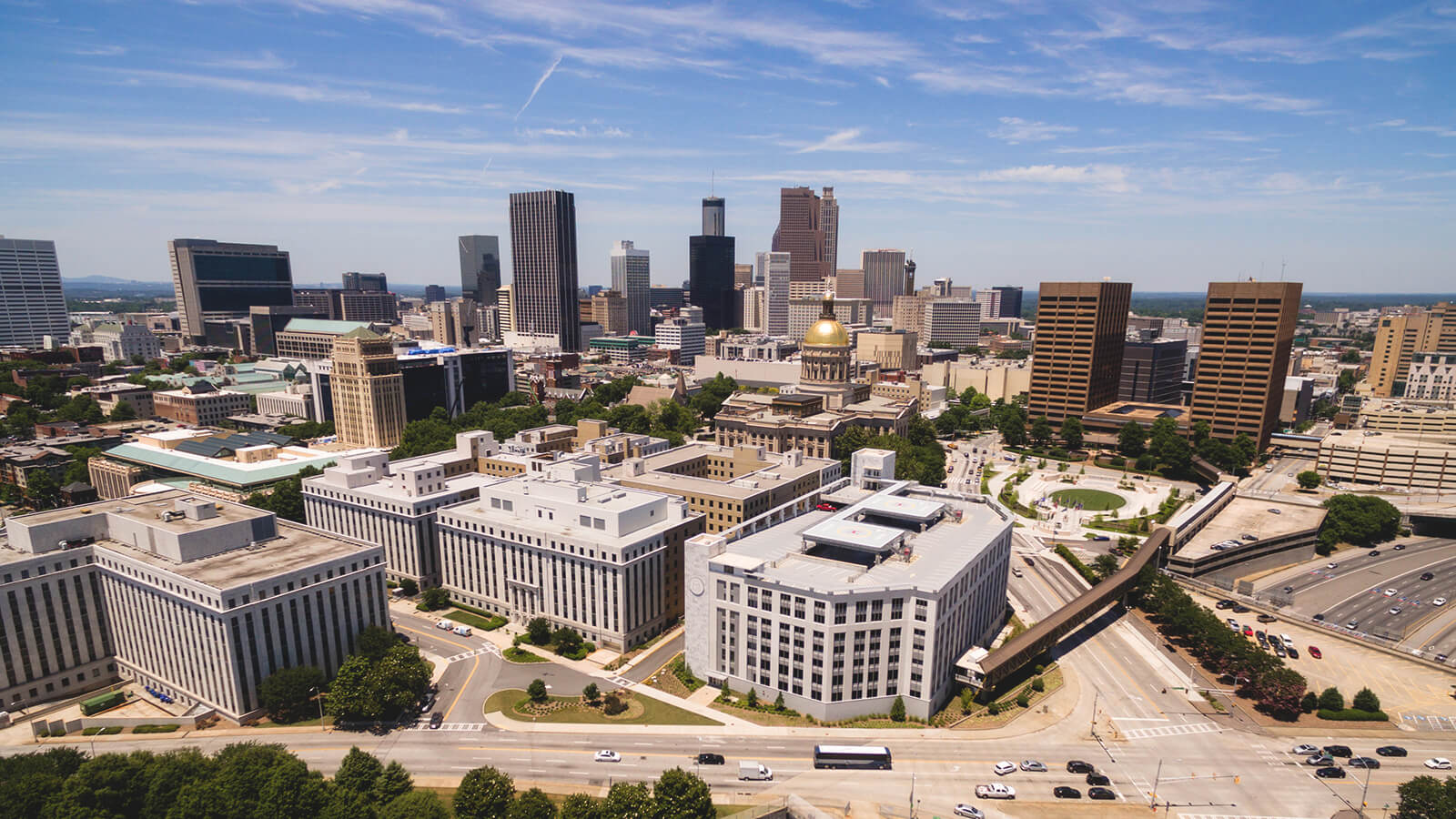 Georgia State University is a 4-year public university with seven campuses throughout Atlanta and the largest university in the state by enrollment. GSU features 10 colleges and schools conferring degrees in over 100 areas of study. Additionally, the...

The professors here are top-notch, no doubt about it, due in part because Georgia State is a research university; professors are doing research along with teaching as well. They really know their stuff and you'll find that most professors (well, all... 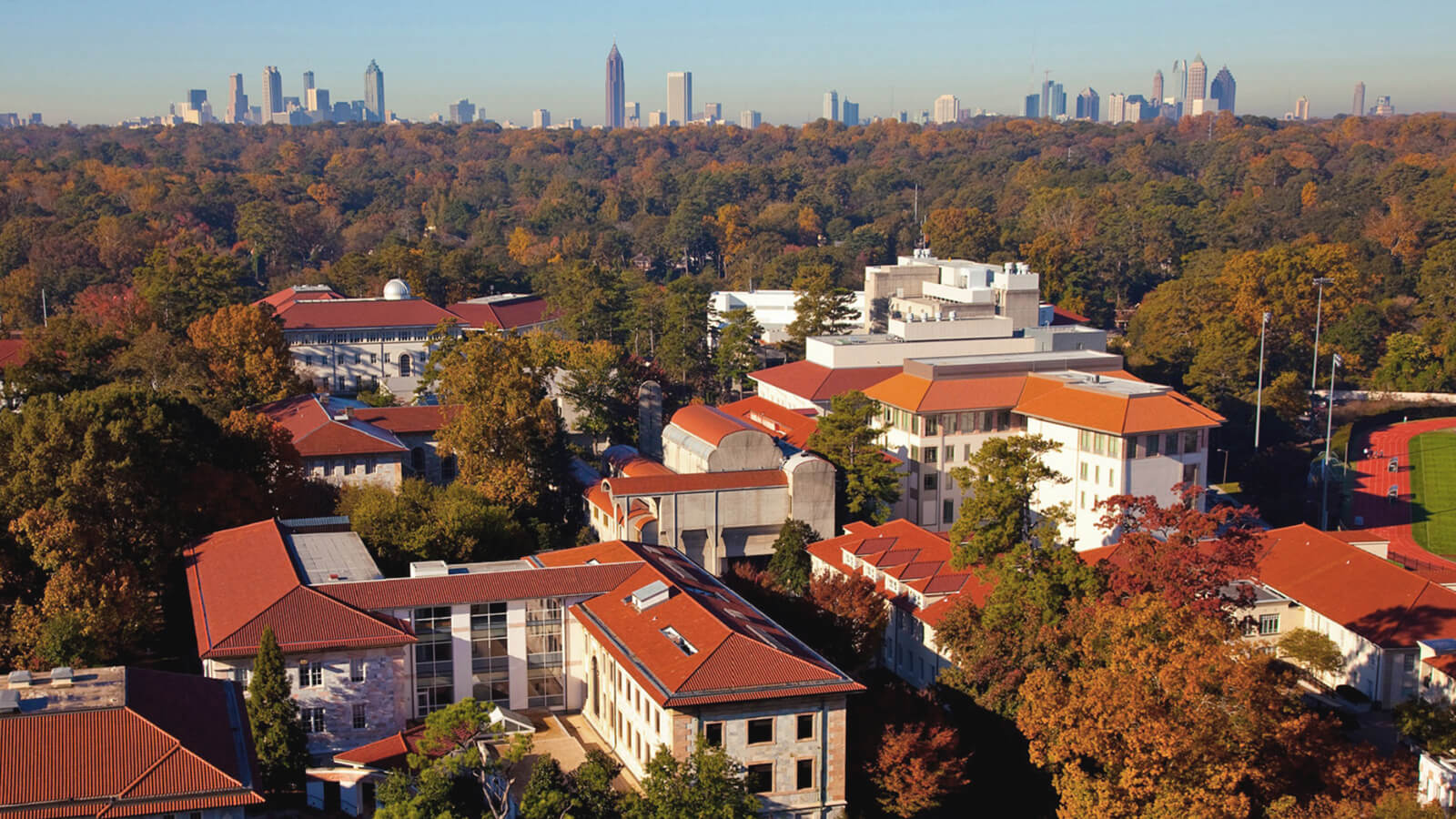 Emory University is a liberal arts institution located in Atlanta, Georgia, with a second campus in Oxford. The 600-acre campus in the Druid Hills neighborhood is home to four undergraduate and seven graduate colleges, as well as over a dozen...

Placed neatly just outside of Midtown Atlanta, Emory is home to some of the brightest minds in the US. It has a large, beautiful campus with modern facilities conducive to getting the best out of the liberal education. Emory is the perfect place for... 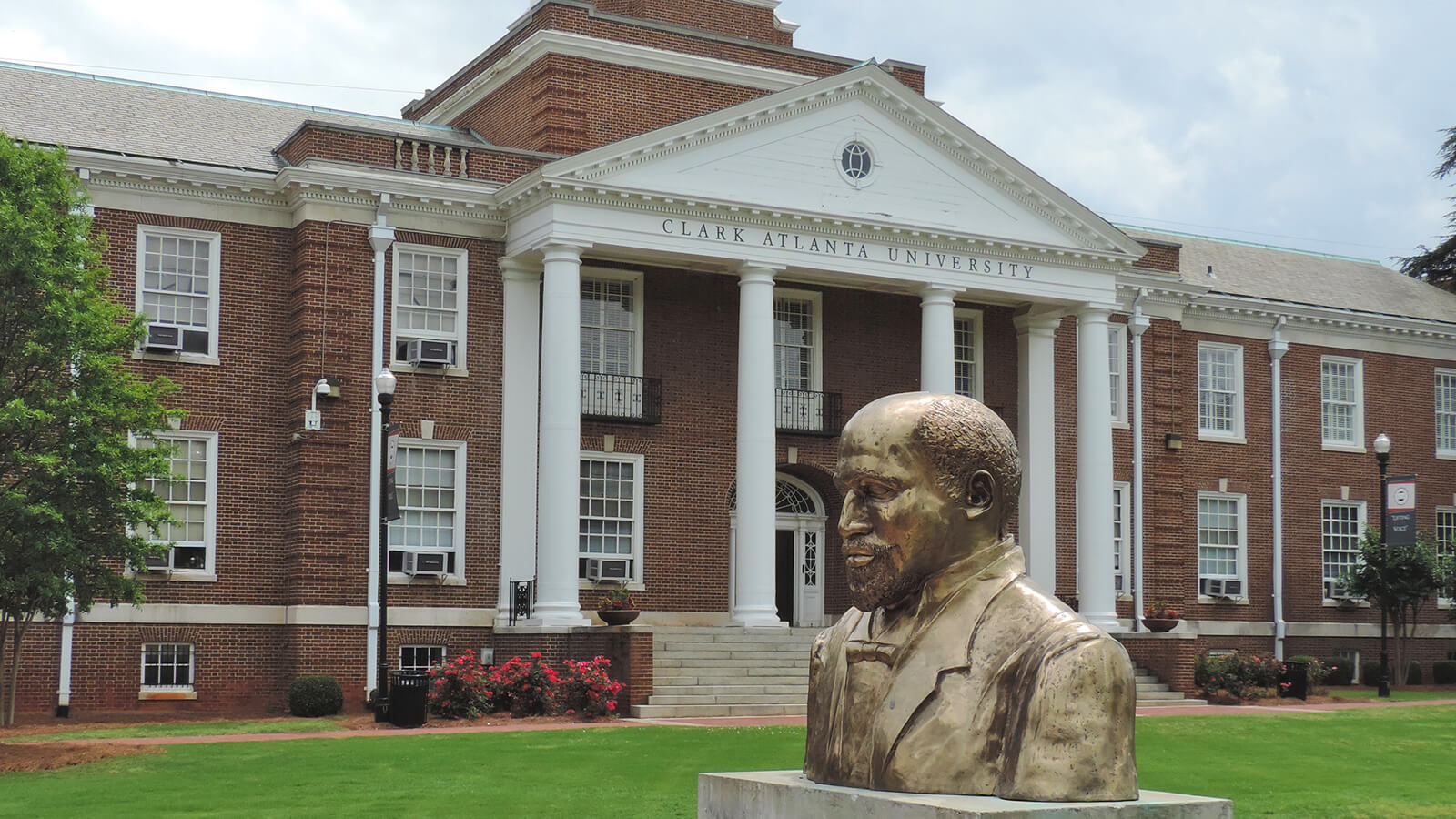 My first semester at Clark was great. The Mass Media Program offers very good exposure to the field. The first week I attended a seminar with Spike Lee. I also got the opportunity to work in the television studio as a freshman.

One of the top 50 largest public schools in the United States, the third-largest university in the state, Kennesaw State University is a 4-year institution with two campuses in the Atlanta metro area. KSU is home to 13 colleges granting degrees in...

the campus of kennesaw state university is big and beautiful. for those whom love to be outside and alone in nature to those whom are very sociable, this is a great campus for them. it has a lot of tools on campus for us and even though its big, in a... 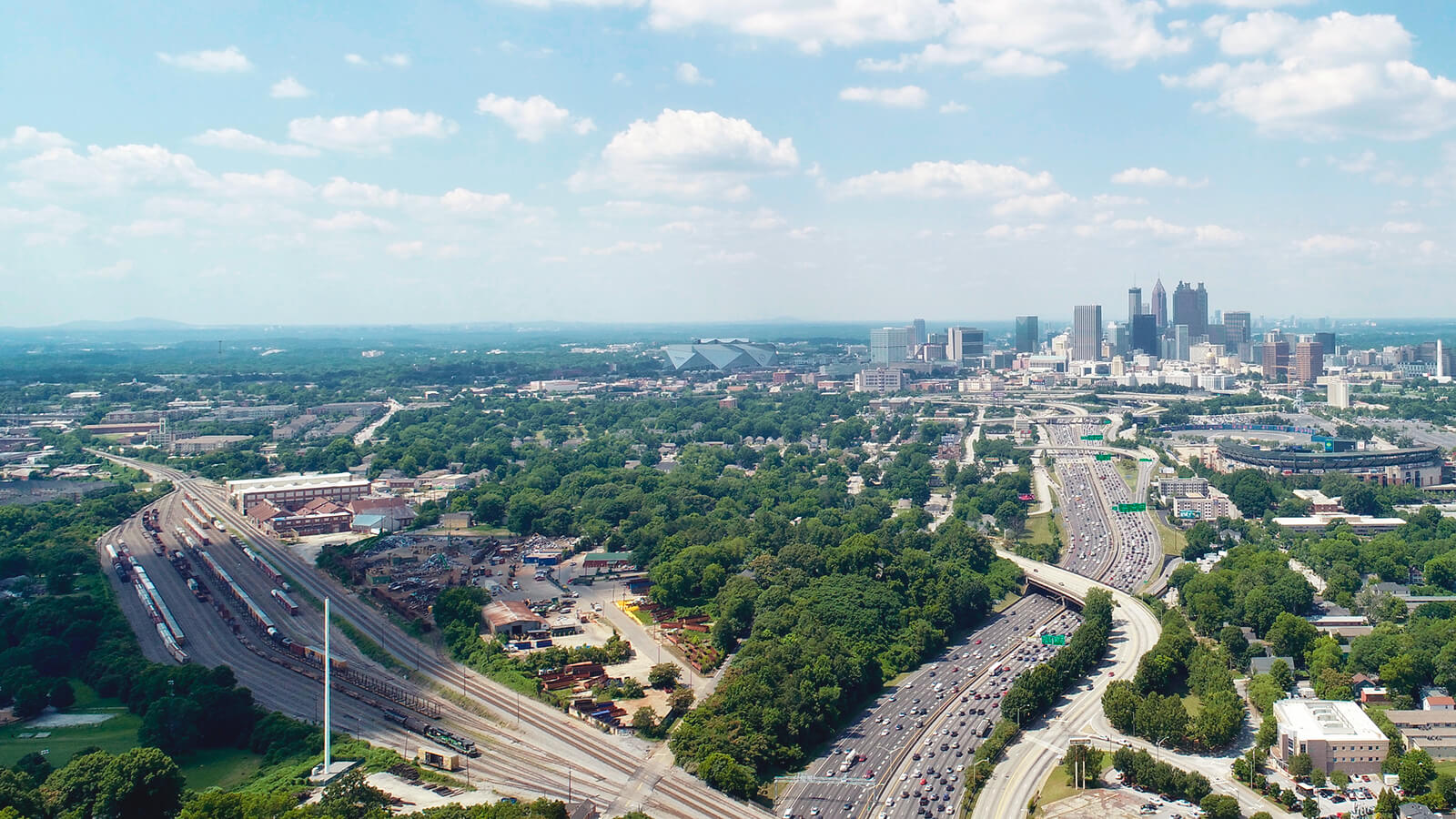 Spelman College is an historically Black college and the first in history for women only, which is still the college's primary focus today. The most selective women's college in the nation, Spelman has also topped US News & World Report's list of...

It's EXPENSIVE...but well worth it...to afford it, just keep on top...better yet, AHEAD, of your scholarship searches and info...you'll make it just fine... 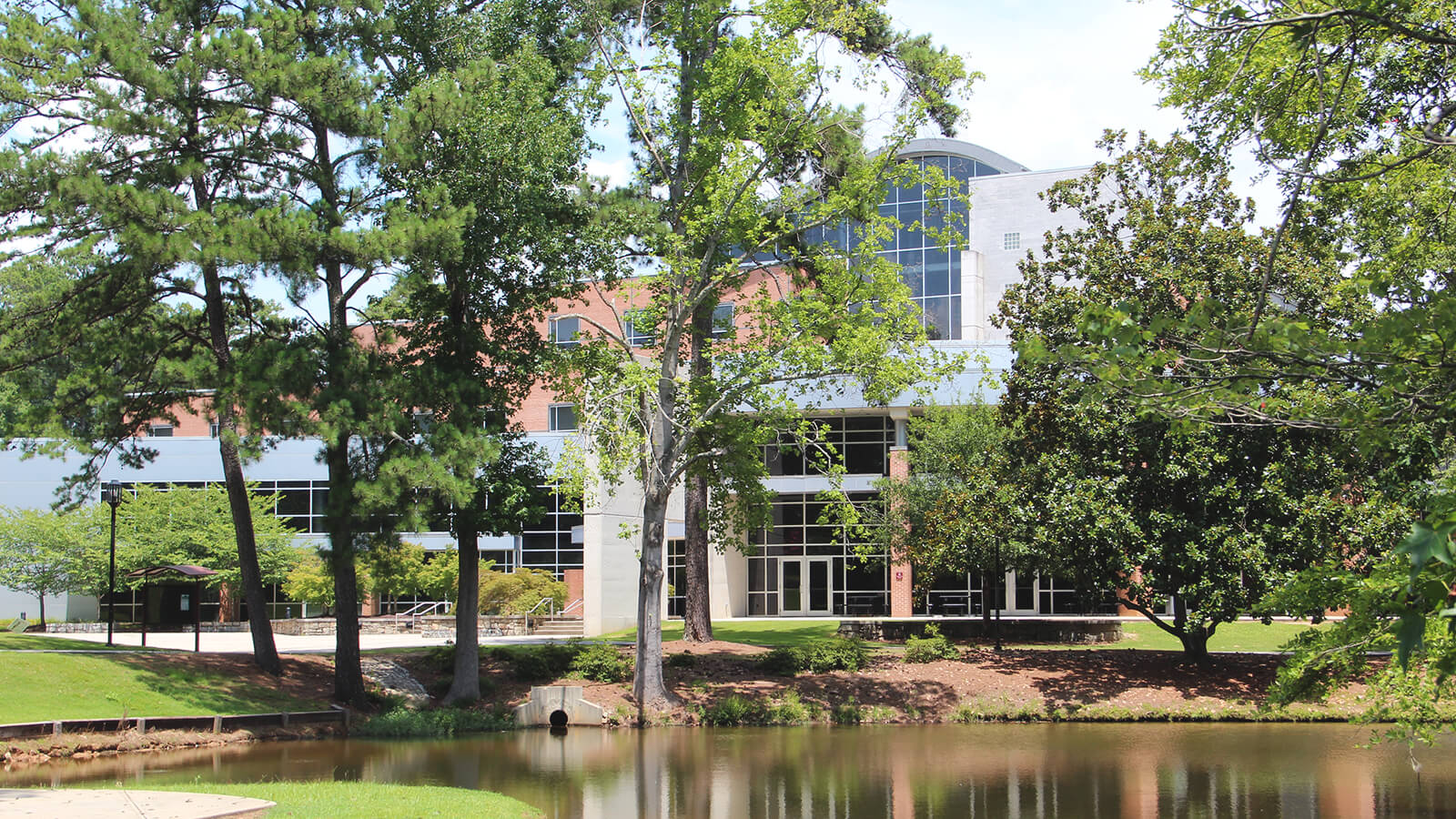 Clayton State University is a 4-year public school in the Atlanta metro area and part of the University System of Georgia. Featuring a 214-acre park-like campus, Clayton State confers undergraduate degrees in over 60 academic majors and minors. In...

The professors at Clayton State are so wonderful. They connect with the students on a personal level which encourages you to want to learn even more. They make sure you get your times worth in class and it's rare you will leave confused 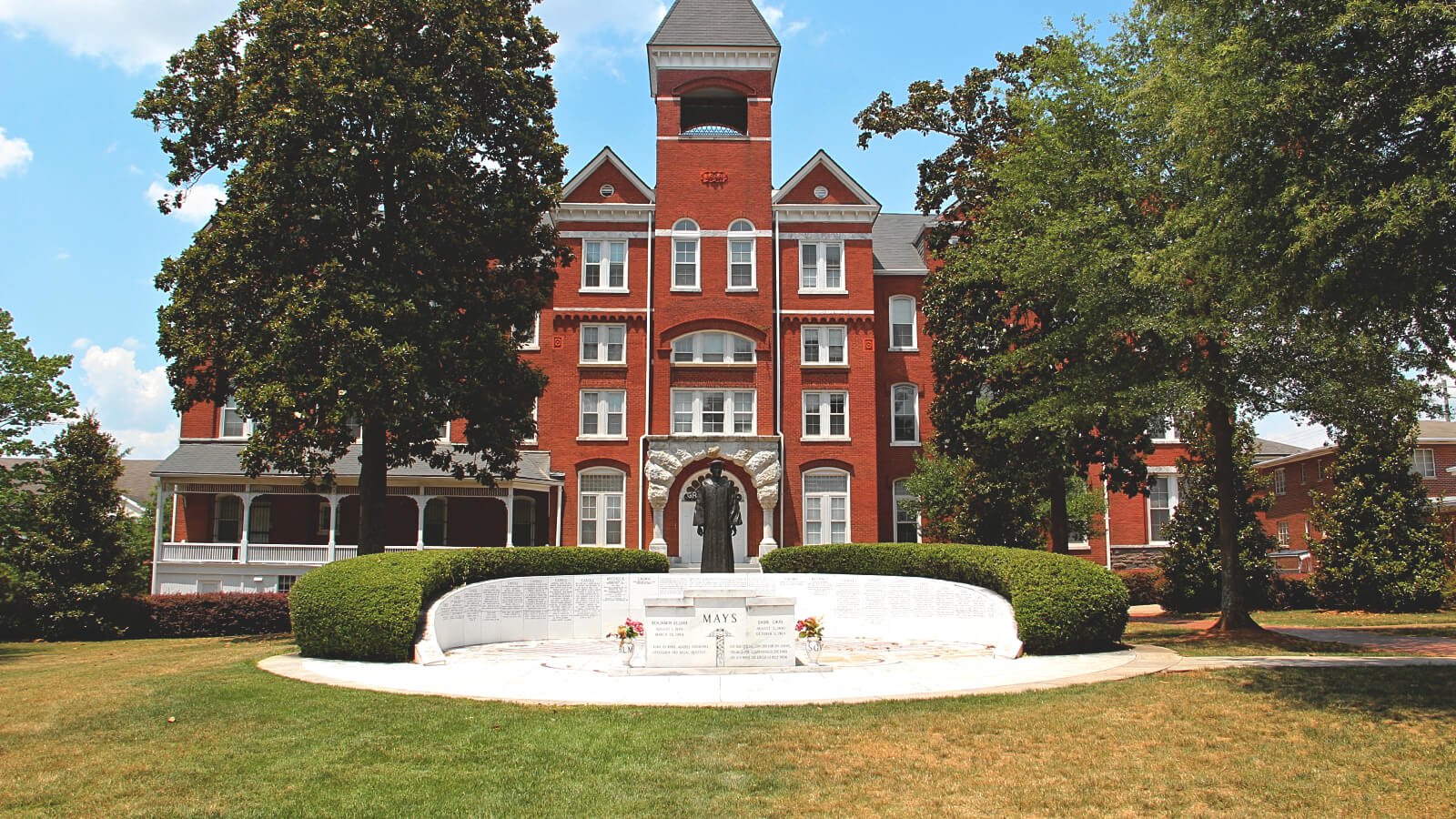 Founded in 1867, Morehouse College is an Historically Black College and University in Atlanta and a 4-year liberal arts college for men. Morehouse grants bachelor’s degrees in 26 academic majors and the college consistently produces more Rhodes...

Morehouse College is the perfect instutution. It have excellent teachers that can have individual time with their student becauese of the number of student that attend the college.

Founded in 2006, Georgia Gwinnett College is a 4-year public school in the greater Atlanta area and part of the University System of Georgia. Georgia Gwinnett confers undergrad degrees in 18 academic majors and 13 minors. In addition to classroom...

About 97% of the faculty have PhD's in their field. What other college has that? Plus Student Interaction is one of the fields in which faculty is graded at the end of each year, making student-to-teacher relationships more lasting and helpful for...

Life University is the biggest single-campus chiropractic college in the world. It is a private institution founded by a doctor of chiropractic that offers health and wellness-focused programs. Life University’s education is founded around Vitalism...

During campus tour we were taken through three courses for a 15 minute sample to various courses that my program requires. The student/professor ratio seem conducive to an environment for learning. 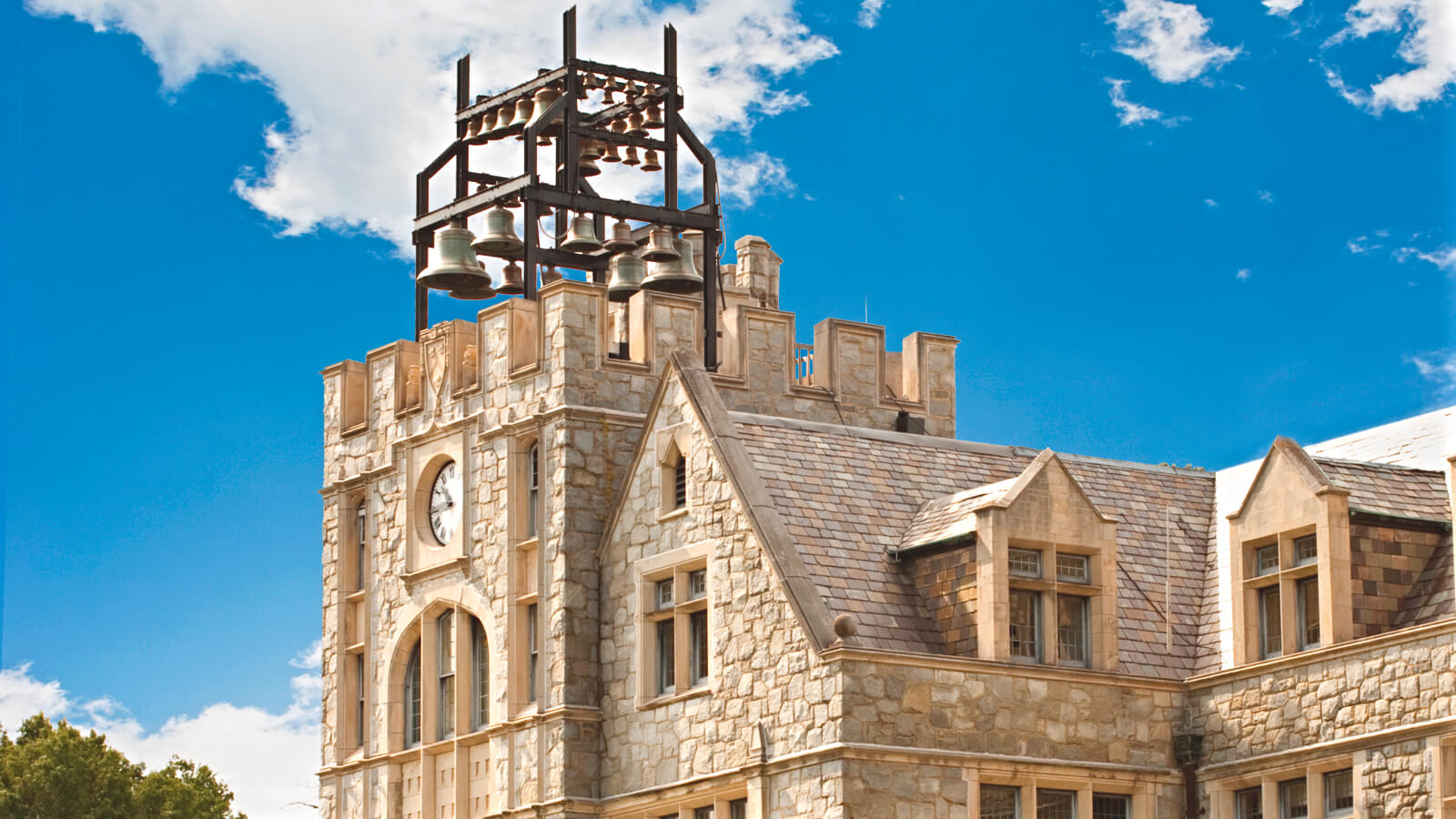 Financial aid is wonderful at this school. It's a private school and is therefore expensive, but they will do their utmost to help you attend. 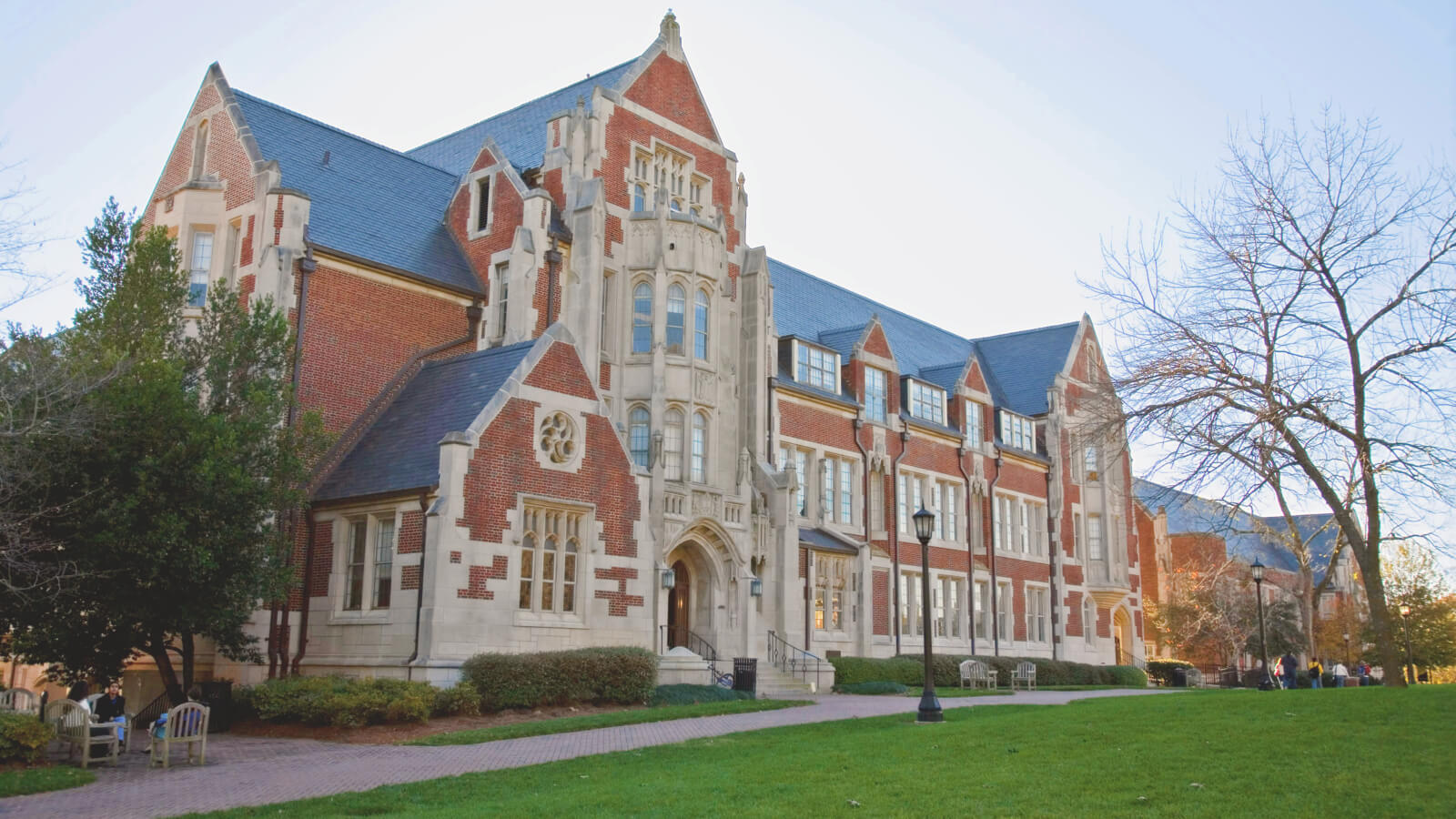 Agnes Scott College is a private all-female institution affiliated with the Presbyterian Church. The campus is located in Decatur, Georgia, and is listed on the National Register of Historic Places. Agnes Scott has been called one of the “Seven...

The first-year seminars are very informative. I never thought I would look at food this way. There are a lot of different FYS topics offered for first-years in order to expand the way we think and promote the way we write. The wide range of classes... 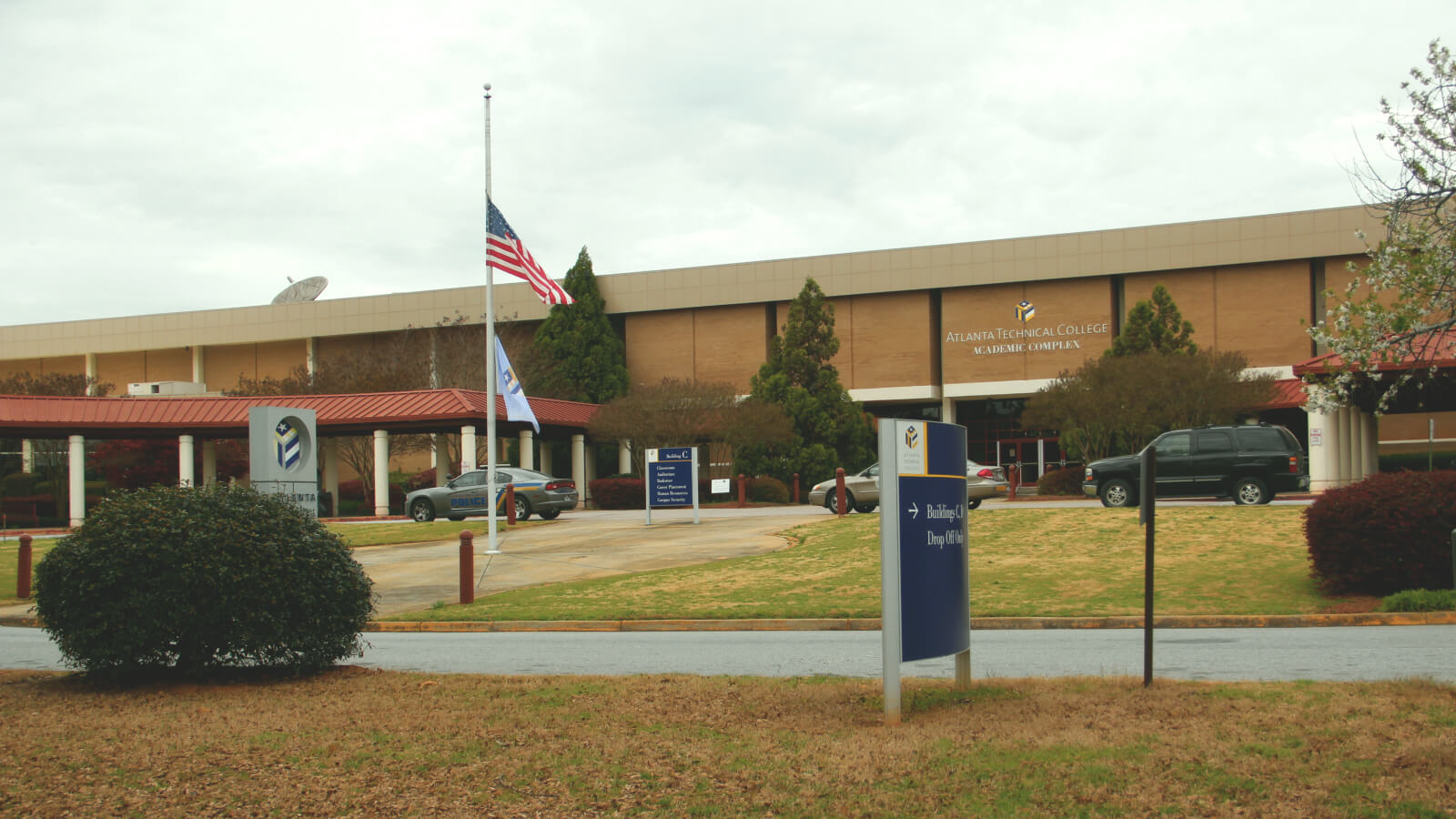 Atlanta Technical College is a community college with an open admissions policy. The school is part of the Technical College System of Georgia and serves both the Clayton and Fulton counties. ACT confers associate degrees, technical certifications...

Chattahoochee Technical College is a public institution based in Marietta, Georgia, with seven other campuses around the state. CTC has an open admissions policy and encourage students to participate in their Soar with Four program, or to enroll full...

This school is general admission and there are a lot of older students who have been out of school for several years, so the classes can be slow at times. If you need extra help, the school offers free tutors in the Success Center. 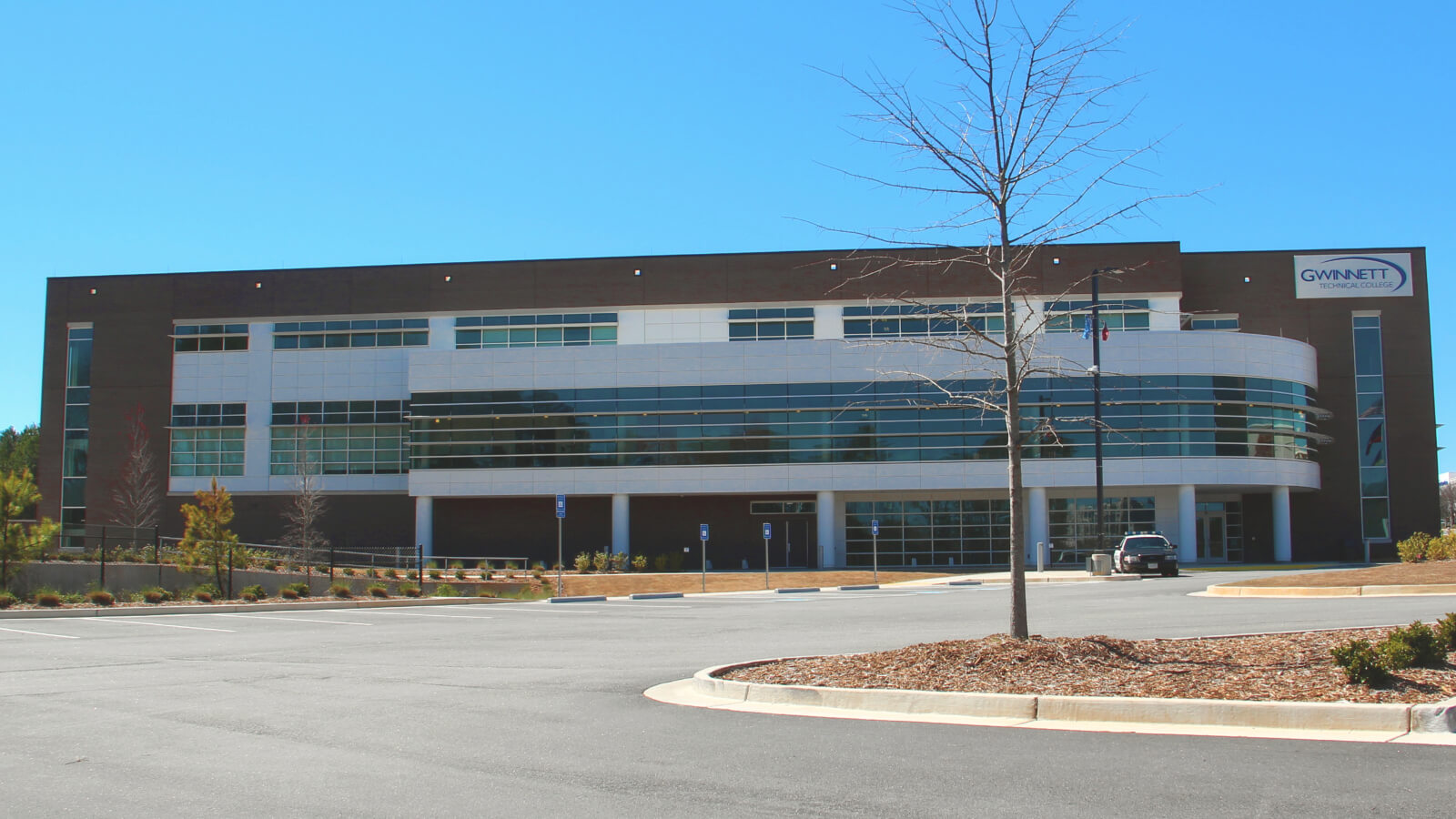 Atlanta Metropolitan State College is a public, 2-year institution established in the state of Georgia. AMSC features a variety of special programs designed to help students throughout their college careers, such as the Mathematics, Engineering, and...

I think Metro is an AWESOME school. I thought because I was enrolling to a 2 year school that it would be pointless. On a scale from 1 to 10 I give Metro an 8. My friends that went off to 4 year school and now considering coming to Metro because... 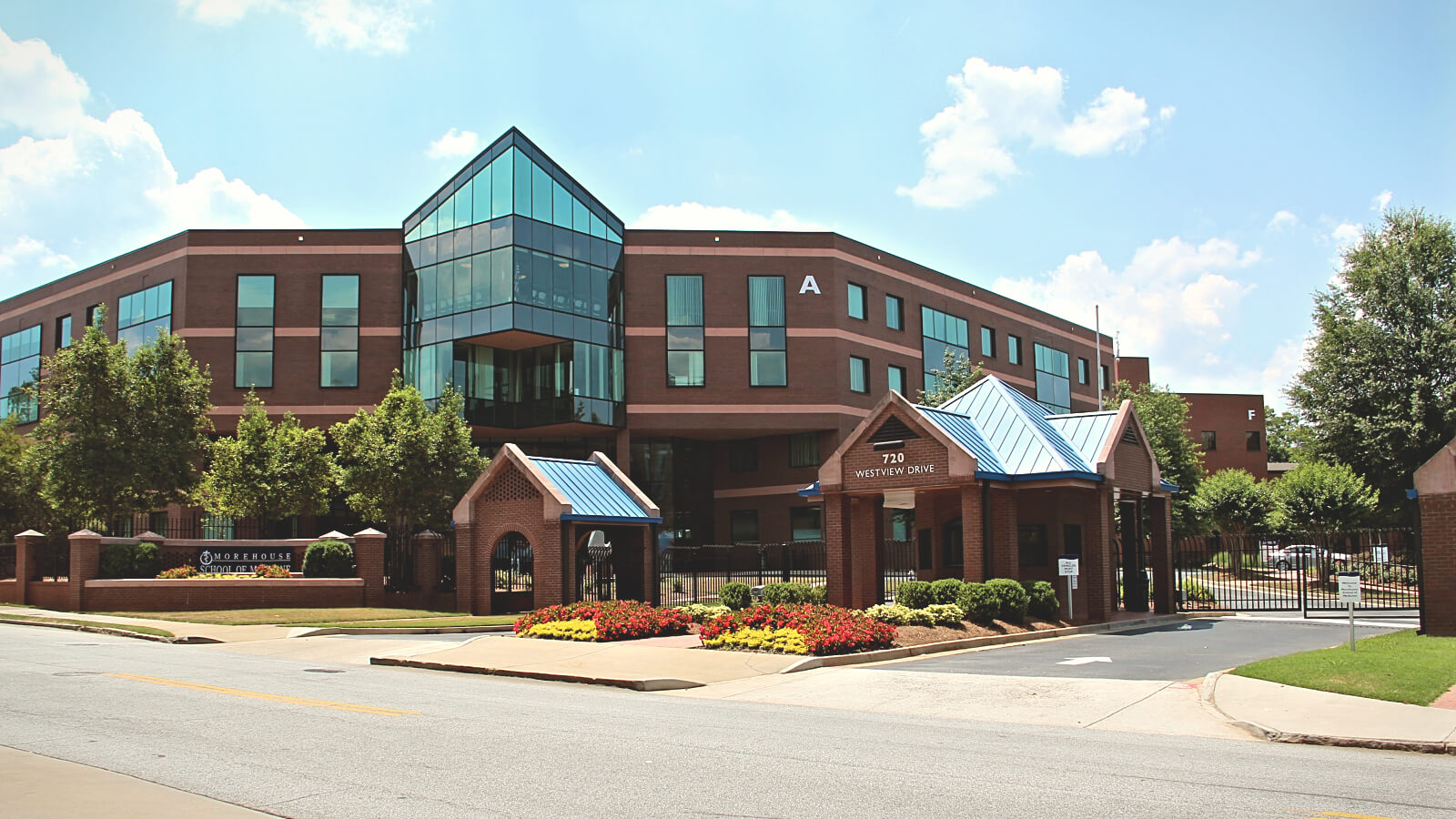 Morehouse School of Medicine is a private medical school situated in Atlanta, Georgia. It is an independent institution formerly associated with Morehouse College. MSM is home to several research facilities including the Prevention Research Center...

Originally founded as DeKalb College, Perimeter College is an urban research university with five campuses in the Atlanta metro area and part of Georgia State University. Perimeter grants associate degrees in over 30 areas of study in association...

I started attending this school the semester after I graduated high school and believed that it was relatively easy. The first semester, based on what you take, is a big review of high school. I did learn some new things but most of it was a reminder...

Beulah Heights University is a Christian university in Atlanta centered around the principles of Biblical inerrancy and global missions. Beulah Heights is home to three bachelor’s degree programs in Religious Studies, Leadership Studies, and Business...

I had a very fulfilling and rewarding experience at Beulah. It was very rewarding, mind, body and soul.

Originally founded in Jacksonville, Luther Rice College and Seminary is a Christian college in the greater Atlanta area. Luther Rice offers bachelor’s degrees in Religion with a major in Biblical Studies and three minors in Biblical Counseling...

LRU is a great university for getting an on-line education. Their courses and teaching staff are well organized and informative. The on-line interface is smooth and easy to use.

Established in 1993, Georgia Central University is a private, Christ-centered institution located in Atlanta, with extension sites in New Jersey and California. GCU offers 17 academic programs throughout six fields of study, awarding certificates and...

Gupton-Jones College of Funeral Service is a non-profit corporation providing post-secondary education and training for the funeral service industry. Gupton-Jones offers an associate degree program in Funeral Service at its Atlanta-area campus as...

Georgia Military College-Fairburn is a military school and the largest GMC campus in the Atlanta metro area. The Fairburn campus offers three bachelor’s degrees and 23 associate degree-granting programs. For students who wish to complete a 4-year...

The Interdenominational Theological Center is a theological graduate school in Atlanta consisting of five denominational seminaries with an Africentric focus. ITC offers master’s degrees in Divinity, Ministry, and Religion & Education and all...

Altierus Career College-Norcross is a career and technical school and a campus of the Altierus system in the greater Atlanta metro area. With a focus on adult learners, Altierus hosts seven diploma-granting programs in the fields of Healthcare...