Located in the east central part of Colorado, Colorado Springs is the largest city by area in the state, as well as the second most populated. Twenty four national governing bodies of sport call Colorado Springs home, including USA Basketball, USA Boxing, and more. This major city at the base of Pikes Peak also features more than ten higher education institutes, as well as the United States Air Force Academy for office candidates.

Pikes Peak Community College is a 2-year institution that serves the entire Colorado Springs area. Pikes Peak is the largest higher education institution in the entire region and serves more than 20,000 students on its three campuses. The University of Colorado in Colorado Springs (UCCS) is a regionally-ranked public university that’s part of the state university system of Colorado. It features six colleges and a number of research institutes, including the National Institute for Science, Space, and Security Centers.

The Springs has a few private higher education options, including a campus of CollegeAmerica and Colorado College, which is a private, liberal arts institution. A little bit outside the Colorado Springs town limits is also the Colorado Christian University, a private interdenominational Christian liberal arts institution in nearby Lakewood. There are two for-profit institutions in The Springs: Colorado Technical University and IntelliTec College. CTU offers degrees primarily in business, management, and technology, and mainly offers courses online. IntelliTec is a career training school that also maintains three other campuses in Grand Junction, Albuquerque, and Pueblo.

The primary mode of transportation throughout Colorado Springs is highway and city roads, though there is the Mountain Metropolitan Transit system and a recent bicycling initiative is adding more bike lanes to the city, too. The Colorado Springs Airport is six miles southeast of the city. 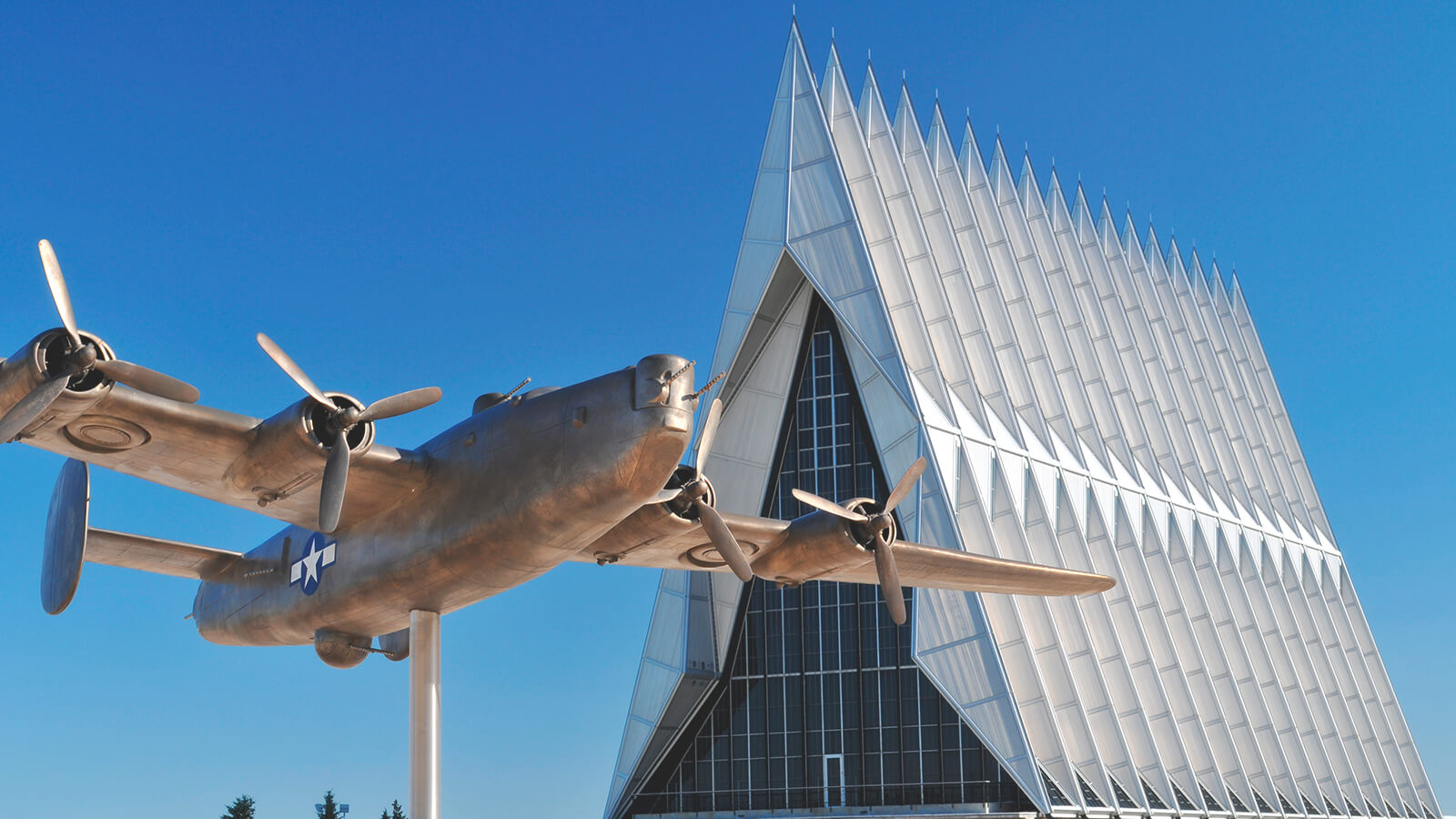 The United States Air Force Academy is a military training institution in central Colorado and the youngest of five American service academies. USAFA confers bachelor’s degrees in 31 academic majors and all students are expected to complete a core...

The Air Force Academy is a place that challenges you in all aspects of life. Everything you do here is important and has meaning. You will find who you are and what you represent after going through the four vigorous years here. 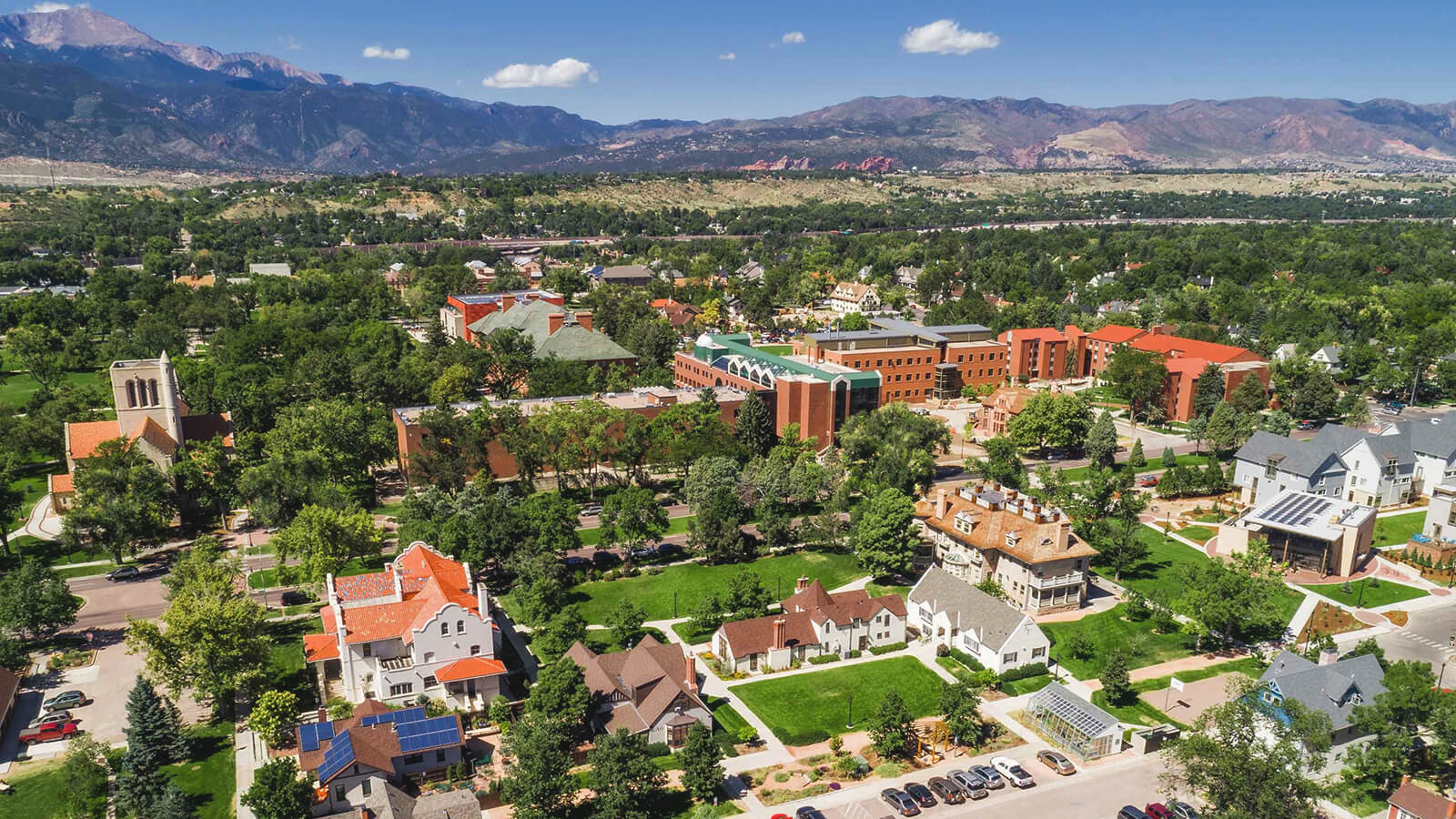 Welcome to the Block Plan, where you’ll take one class at a time for 3 ½ weeks. Prepare to dive into your current passion in small discussion-based classes, where professors will know your name, encourage you to grow, and respect your stride. Master...

CC is a great place to grow intellectually. The block plan, where you take one class for three and a half weeks and then get a four-day weekend before starting another class can be very intense, but it is great for learning material, especially in... 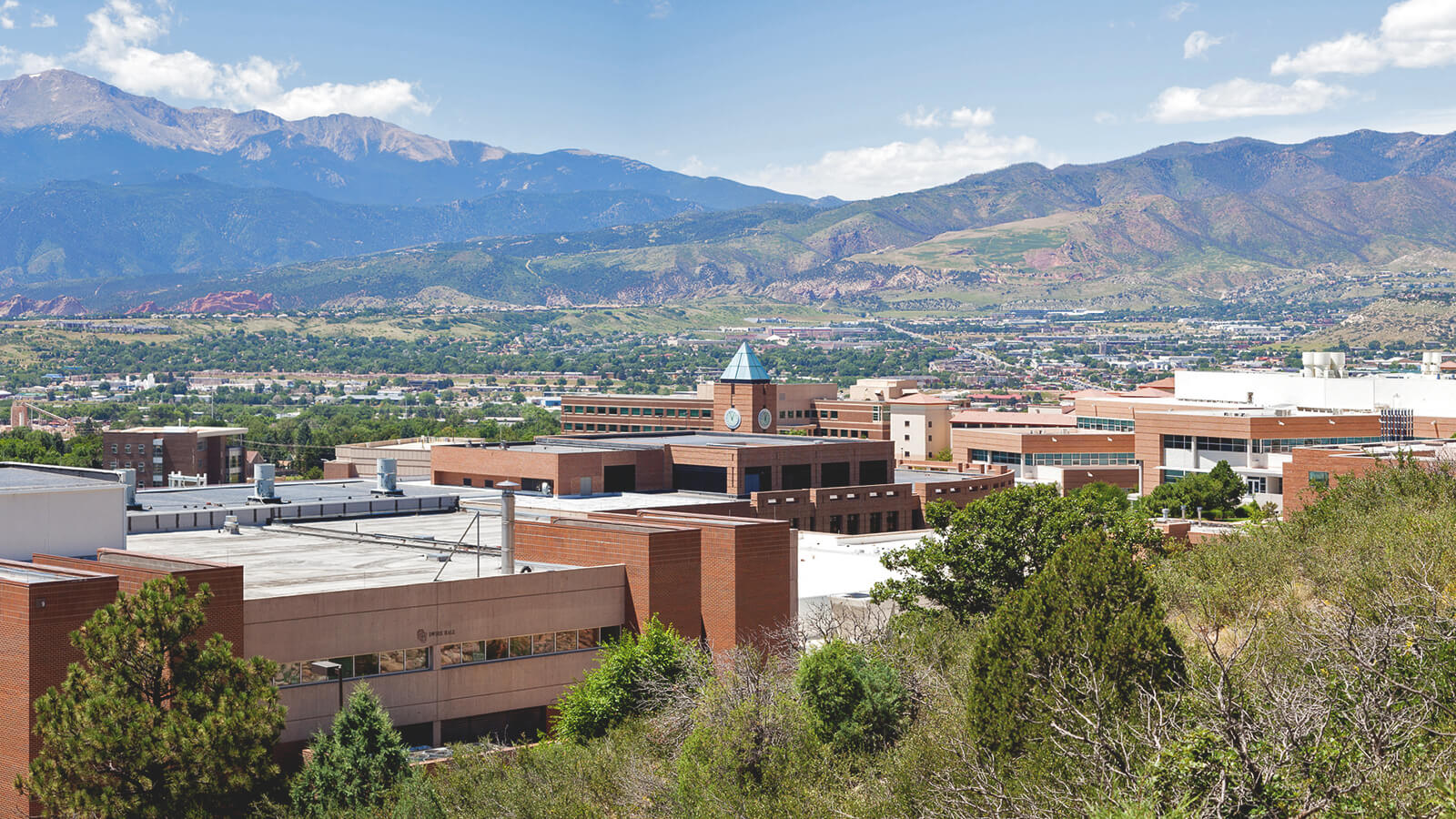 Located in the Rocky Mountain Region, The University of Colorado Springs is a public research institution. U.S. News & World Report lists the school as #6 in Top Public Schools. UCCS has many LEED Gold Certification buildings on campus, uses solar...

There are many classes to choose from here at UCCS. There are a variety of Colleges that you can be in, although being in a specific college on campus does not limit you to taking classes that are specific to your career plan. There are other...

Pikes Peak Community College is a public 2-year institution with an open admissions policy. Pikes Peak operates multiple full-service and military satellite campuses throughout Colorado and partners with 4-year institutions across the nation for...

I will be learning a lot here in Pikes Peak, because the same teacher that teaches at UCCS also teach down at Pikes Peak; so it would be a learning center of high expectations!!!!!

Originally founded on the site of a former roller rink, Colorado Technical University is a for-profit institution with two campuses in Colorado Springs and the Denver metro area. CTU grants bachelor’s degrees in 13 fields of study and is home to five...

One of two Nazarene colleges in the United States whose purpose is to train ministers, Nazarene Bible College is a Christian institution in Colorado Springs. NBC offers Bachelor of Arts in Ministry degrees with nine theological majors. The college’s...

NBC is a great school all around. Tuition isn't very expensive for a fully accredited institution yet the instruction is exceptional. It is a small school so you can get to know everyone and also have easy access to all the faculty and staff if you...