Denver is located smack dab in the middle of the state of Colorado. Technically, the full name of the area is the “City and County of Denver,” and it’s also the state capital and most populous municipality in the state. This Beta World City is one of the fastest growing major cities and home to 20 higher education institutions.

The Mile High City, named so for its exactly one-mile-high elevation above sea level, has its own educational facility, which houses three different institutions. The Auraria Campus hosts more than 63,000 students and features the Tivoli Union, a lounge, brewery, cafeteria, movie theatre, and more for students of all three institutions. The University of Colorado Denver, one of the three that calls Auraria headquarters, is the largest research institution in Colorado, while the Metropolitan State University of Denver (MSU) is the largest of the three, maintaining a student body of over 20,000 students. The third institution is the Community College of Denver, one of the 13 members of the Colorado Community College System. The institution focuses on underrepresented, first generation, and minority students, and it’s the only 2-year college to share a campus with two 4-year institutions in the nation.

The majority of Denver’s colleges are split between for-profit and nonprofit. On the nonprofit side is the University of Denver, which claims the honorific of being the first institution of higher learning in the city, as well as the oldest in the Rocky Mountain Region of the US. The city is also home to a campus of Johnson & Wales University, a career-oriented institution, as well as Regis University, a Roman Catholic, Jesuit university.

Transportation in Denver, Colorado, is varied. With streets laid out in a grid pattern following the four cardinal directions, driving is one of the primary modes of transport. The city does feature more than 850 miles of bicycle lanes, as well as micro-mobility options including electric scooters and e-bike services. Denver is also the sixteenth most walkable of the 50 largest US cities, so there are plenty of ways to get around! Founded in 1864, the University of Denver is the oldest private university in the Rocky Mountain Region. DU confers bachelor’s degrees in over 100 academic fields of study and every major enables students to take courses across different subjects...

Wonderful campus and excellent environment to live in and learn. Colorado is a fantastic state. The education you'll receive is prime. 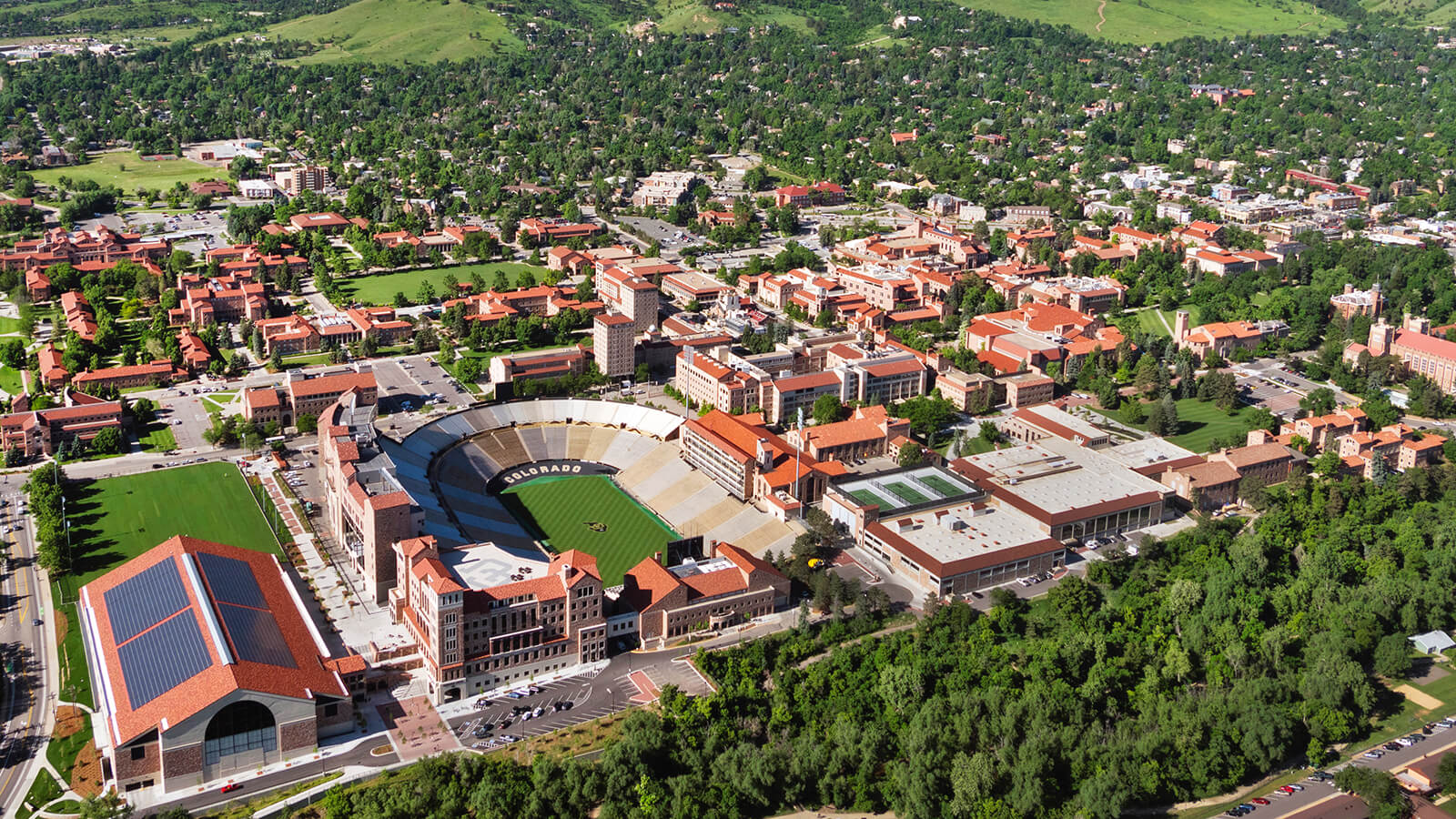 The University of Colorado Boulder is located at the base of the Rocky Mountains and ranks #90 in National Universities by the U.S. News & World Report. They offer Residential Academic Programs (RAPs), multiple honors programs, and an Education... 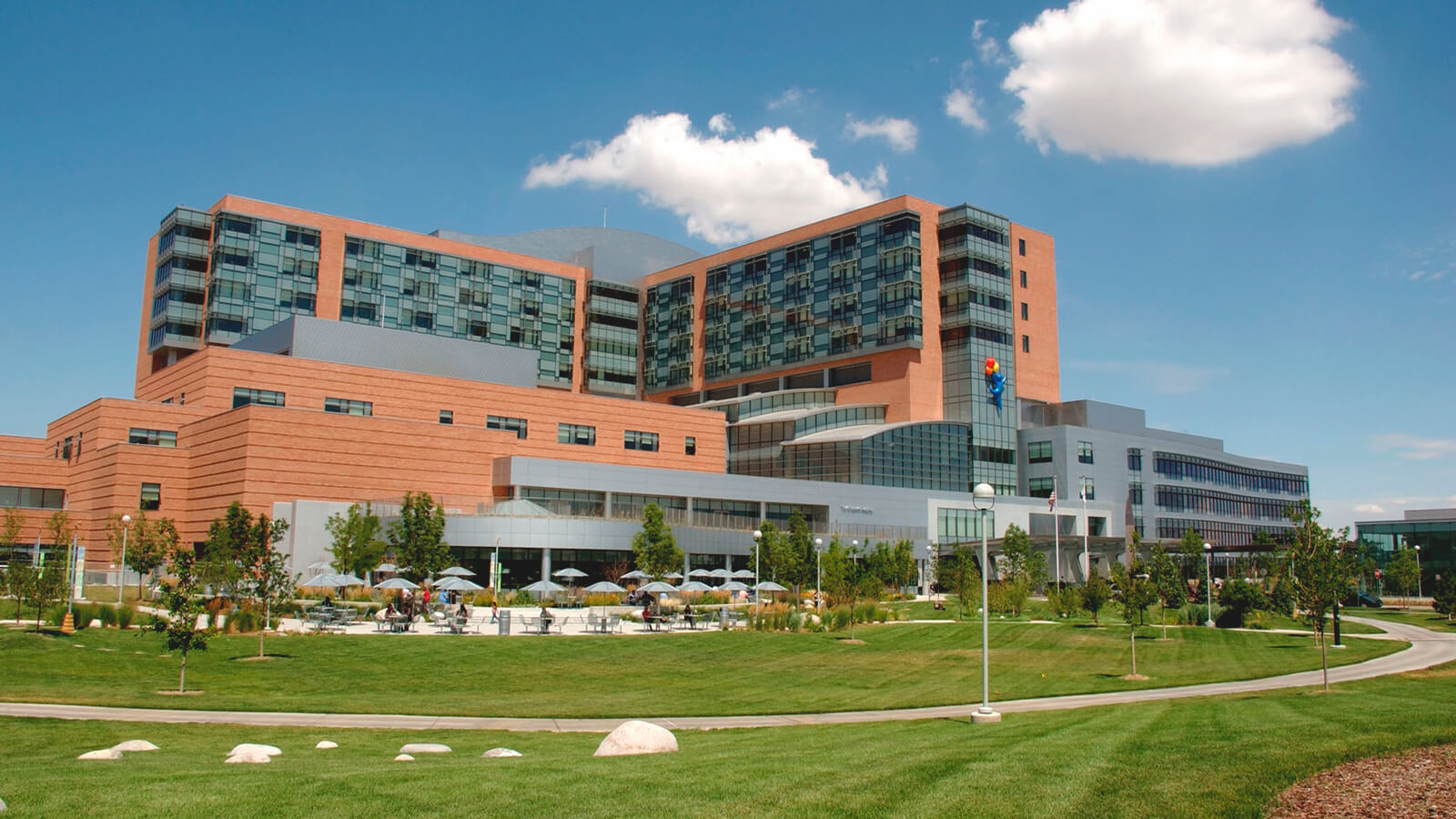 For the price i'm paying they really shouldn't be giving the education i'm receiving. The professors here know what hey are talking about. I mean i've probably learned more in the past semester than i ever did in a year in high school. Not only is... 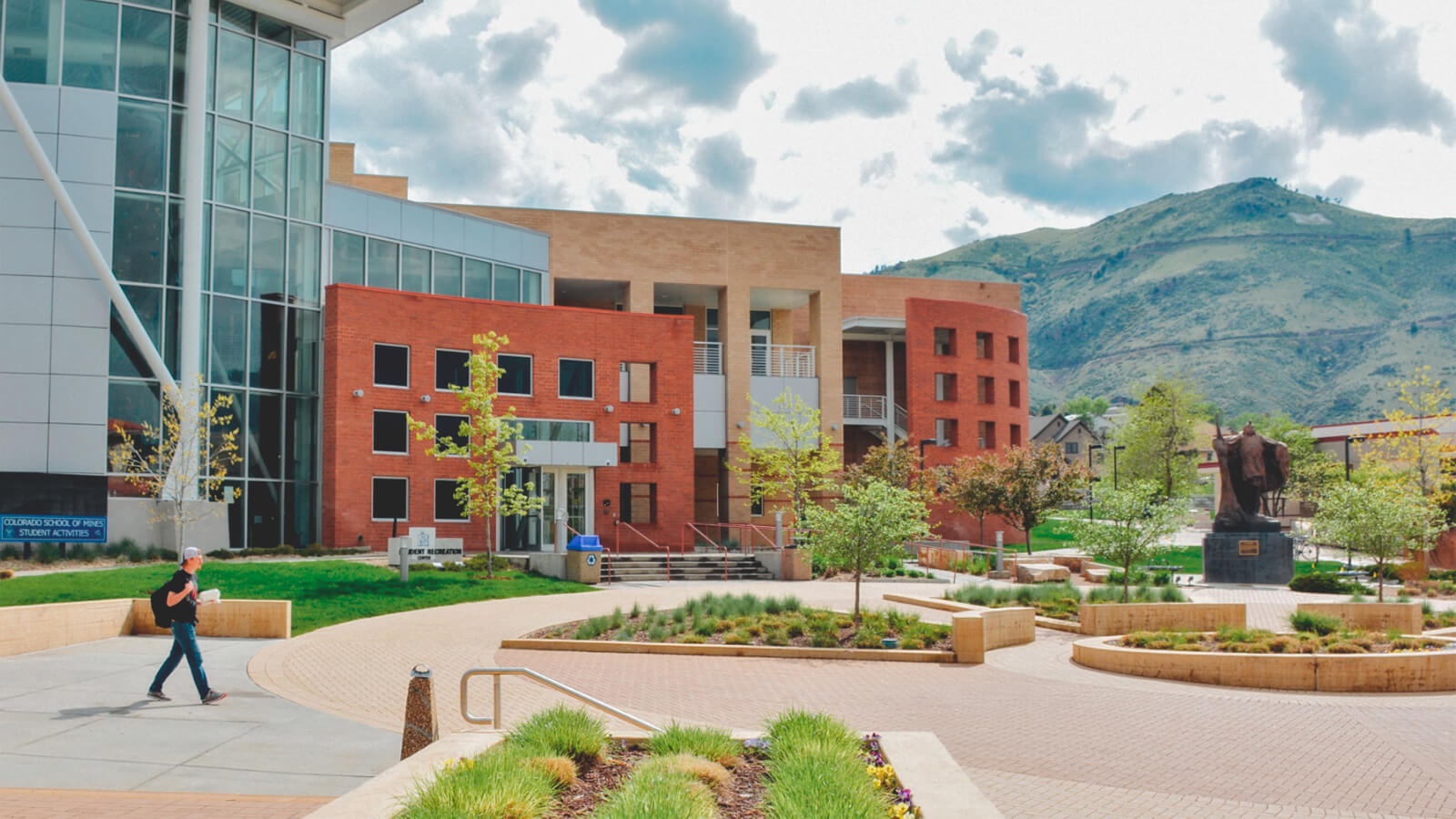 The academics of this school are amazing. I am truly astounded at everything I have learned so far, just in one semester. The classes are rigorous, no doubt, but completely worth it. The harder you work, the more you learn, and this school is all... 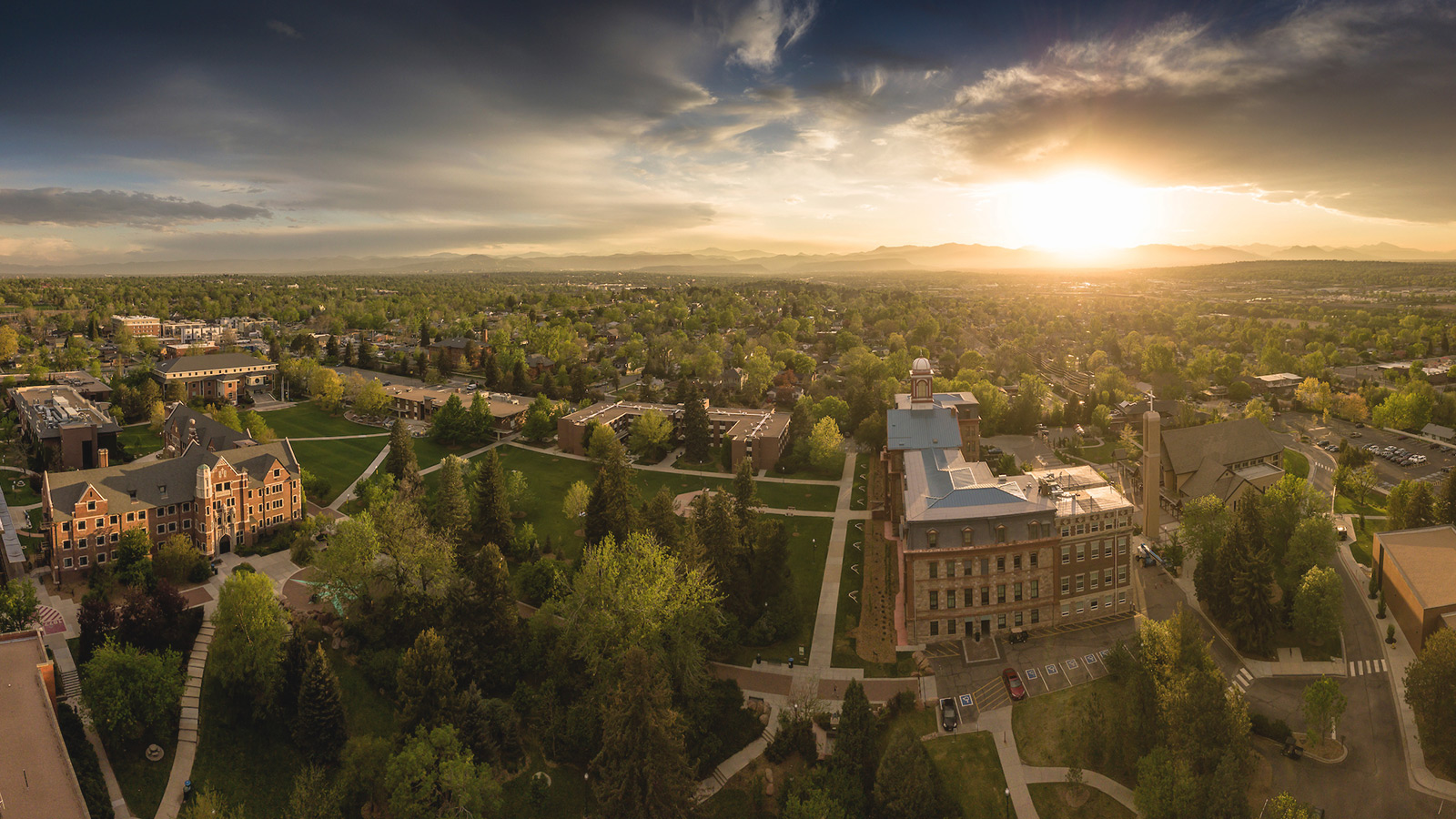 Founded by the Society of Jesus in 1877, Regis University is a Jesuit Catholic institution in Denver. Situated against the backdrop of the Rocky Mountains, Regis is home to five colleges and 184 degree-granting programs. As a Jesuit university, Regis...

Regis University has been the best college I have attended out of 3 colleges. They offer mentoring, hold extra learning classes on the weekends for free, and the instructors are great with tutoring and helping you succeed.

Metropolitan State University of Denver is a 4-year public urban university in the heart of downtown Denver. MSU Denver is home to colleges of Arts & Sciences, Business, Education, and Professional Studies conferring undergraduate degrees in over 85...

All of the teachers that I have meet seem to be very professional and experts in their subject areas. The classes are taught by the professors and not by student aids. The class sizes are smaller, so that means more access to the teacher. I believe I...

Front Range Community College is a public, 2-year institution established in Westminster, Colorado, with satellite locations in Brighton, Fort Collins, and Longmont. FRCC offers over 60 associate’s degree and certificate programs, many of which are...

One can learn fast and a lot because of the small class sizes and great teachers. 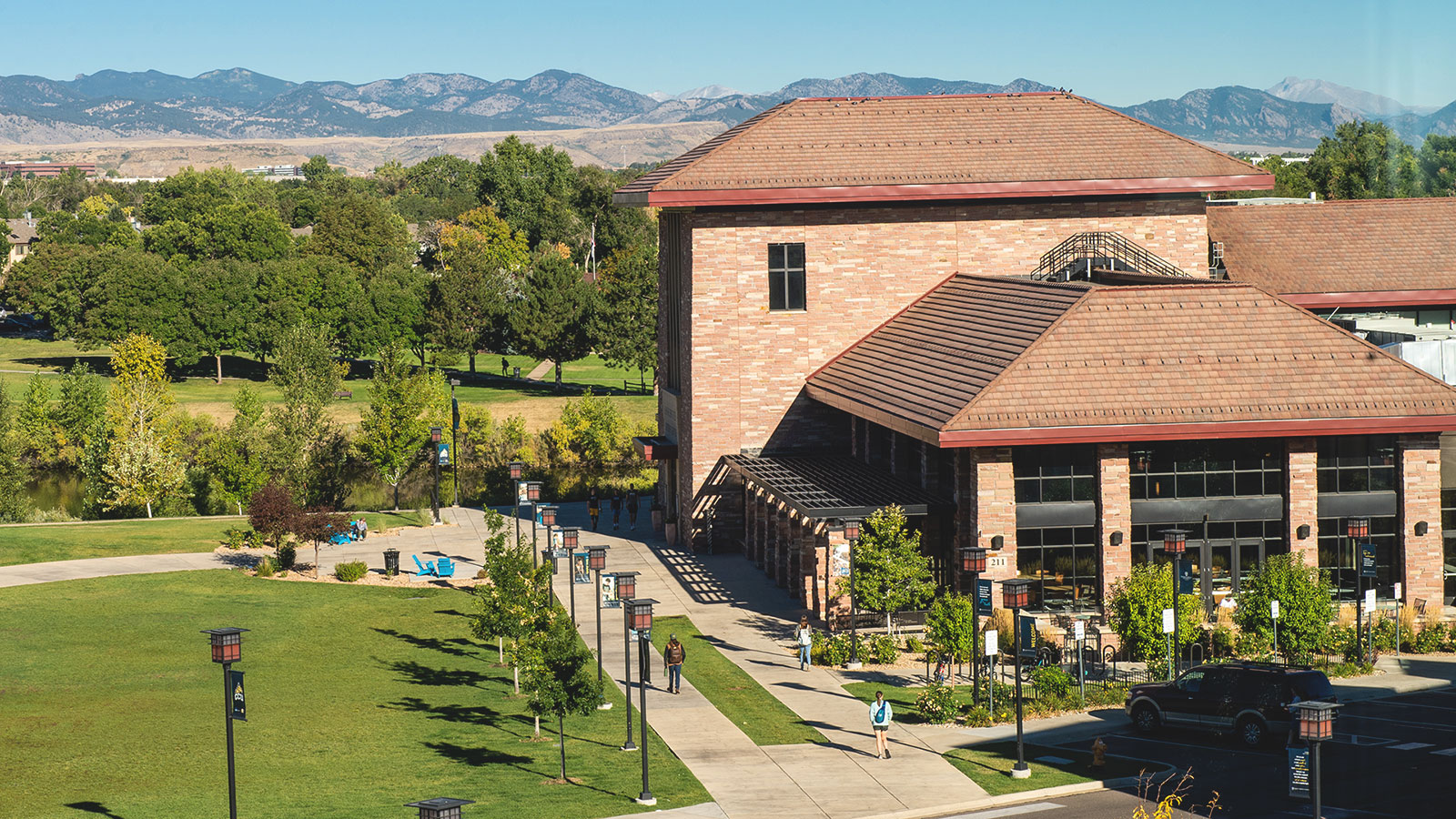 Faith and learning; at Colorado Christian University, we prefer the combination. With more than 100 majors, minors, and emphases to choose from, you'll integrate dynamic learning with rock-solid faith, and begin to discern God's plan for your life...

The professors challenge you here...but in a good way! We are persecuted in our faith out in the real world, which is something that our Professors understand. Therefore, they don't want us to also be looked down upon in our education. They want us...

Red Rocks Community College is a public, 2-year institution established in Colorado, with campuses located in Lakewood and Arvada. RRCC offers AA, AS, AGS, and AAS degrees, which cover over 100 different fields of study, as well as over 60...

The instructors are all amazing and will help you with almost anything, if you ask. I've had a couple of instructors who really didn't care that much for teaching and I didn't think I was getting what I was paying for.

Arapahoe Community College is a public, 2-year institution established in Littleton, Colorado, with satellite campuses located in Parker and Castle Rock. ACC offers more than 100 associate degree and certificate programs, as well as a variety of...

The teachers are great at teaching and are there for you, but some of them just lecture and that's kind of boring, we all know it.

The Community College of Denver is a 2-year community college in the heart of Colorado’s capital city. CCD offers degrees and certificates in over 100 subject across 45 programs of study. The US Department of Education has designated CCD as a...

CCD has an excellent teaching staff who are dedicated to helping students succeed. The school is filled with students of all ages and ethnicity, and this gives the school a real sense of community. There is a large number of classes during the day...

The Community College of Aurora is a 2-year institution with two campuses in the Denver metropolitan area. CCA is home to 20 academic departments and the college’s World Languages division includes courses in American Sign Language. CCA also hosts...

I was a bit nervous about going to college at the age of 27, ten years since I have had any formal schooling, but the amount of information that is coming back to me here at CCA is incredible. The new information I am learning has made me enjoy the... 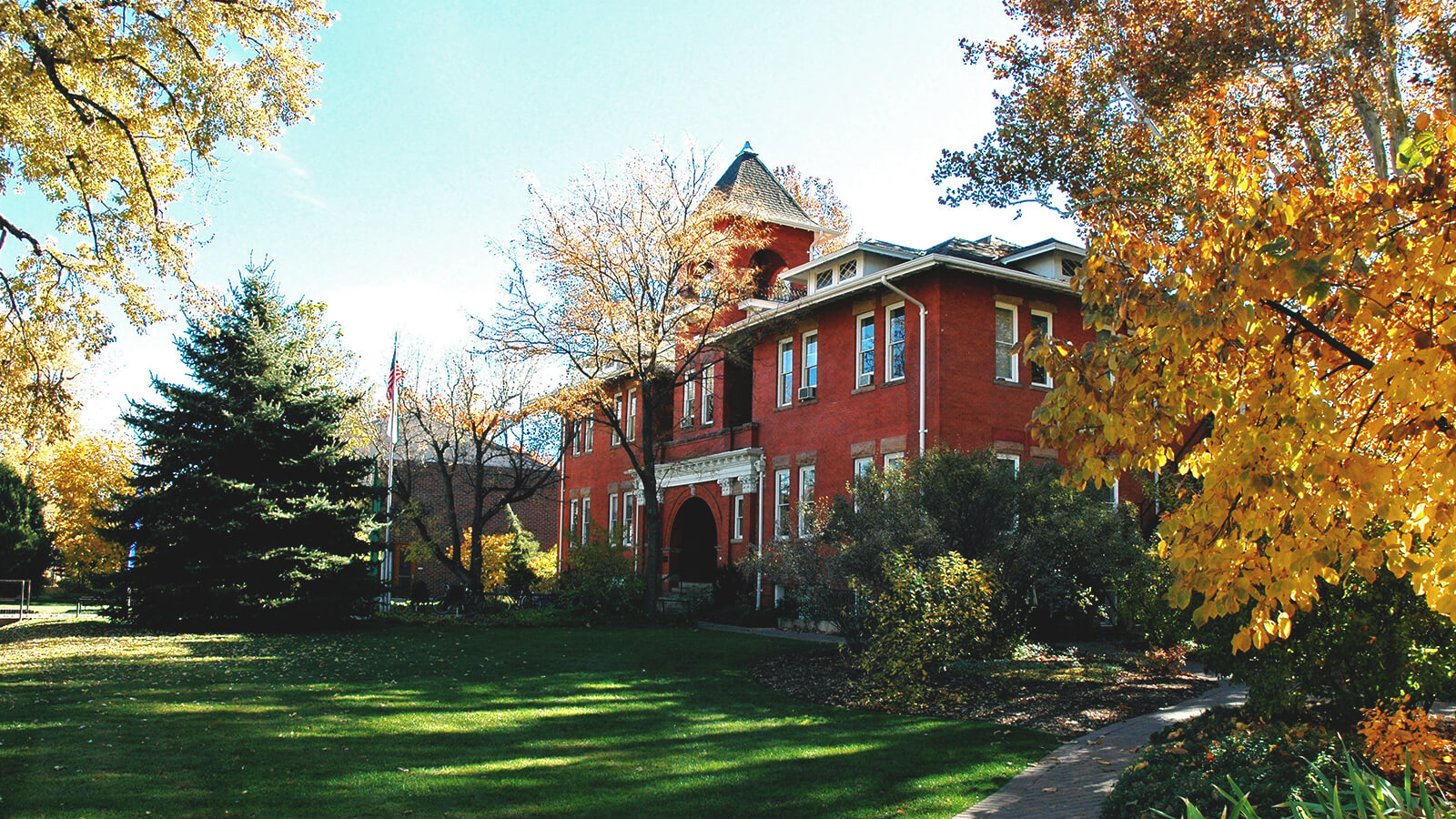 Naropa University is a private, 4-year institution established in Boulder, Colorado. Academics at Naropa are liberal arts-centric, featuring programs in areas of study such as Environmental Studies, Psychology, and Peace Studies. The college is...

Naropa is a place of contemplative learning. This means that students aren't forced to stuff a bunch of information in their brains, memorize it, and then spit it back out on a test only to forget about it the next week. That often happened in high... 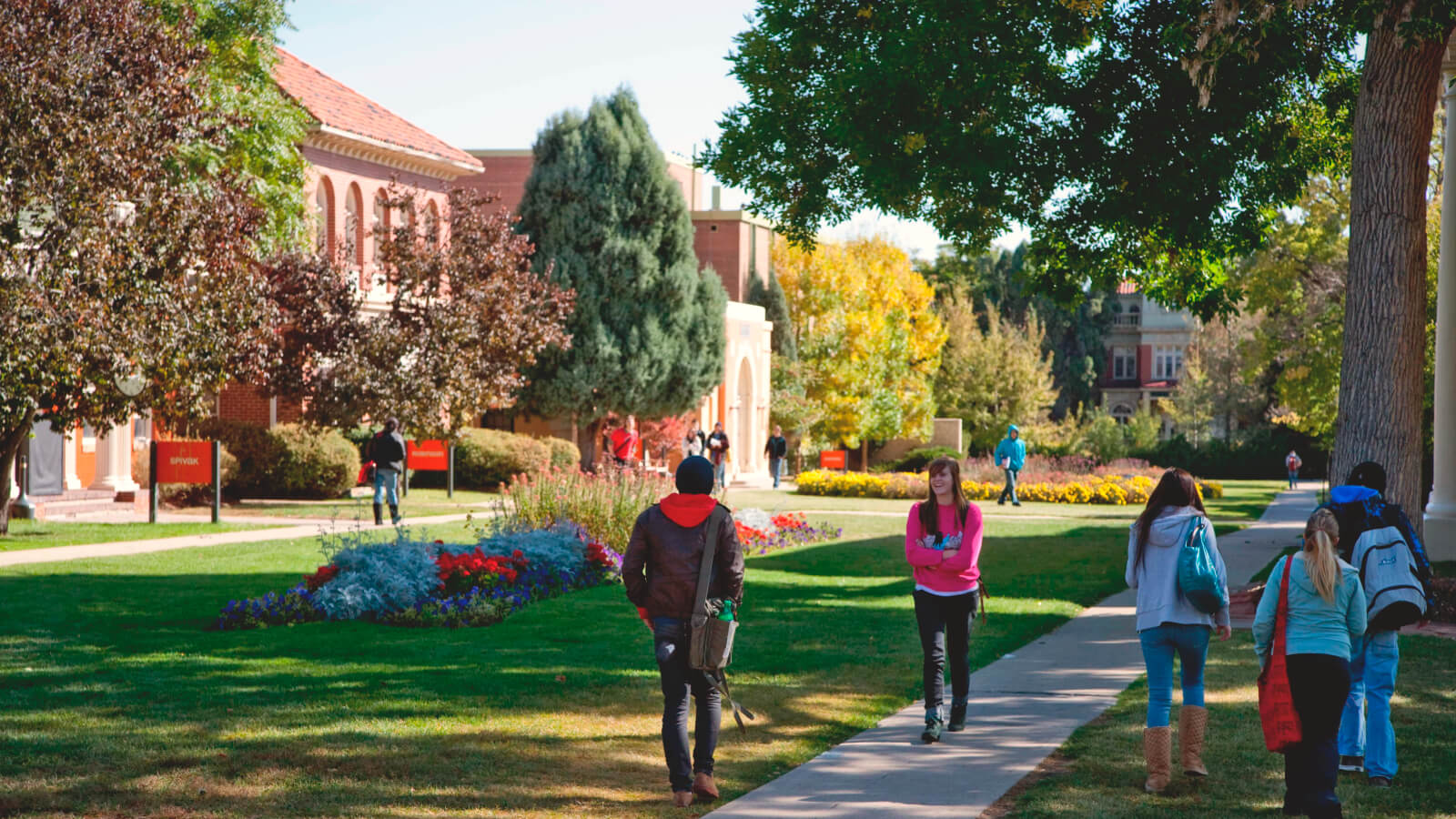 Established in 1950, Denver Seminary is a Christ-centered, graduate-level educational institution with campuses located in Denver, Washington DC, and West Texas. The college offers over 30 programs awarding Master of Divinity, Master of Arts, and...

Pickens Technical College is a technical and vocational school in the Denver metro area. PTC is home to nine technical departments featuring over 40 academic programs. For students looking to earn a 2-year degree, PTC partners with the Colorado...

Affiliated with the United Methodist Church, the Iliff School of Theology is a Christian graduate school with an emphasis on social justice. The Iliff School offers four theological master’s degrees in Divinity, Pastoral Care, Theological Studies...

Overall, Iliff is a wonderful theology school. It is a private, expensive, Methodist graduate school. There are sometimes remiss in creating an environment for student well-being, especially those of historically marginalized heritage.

The Montessori Education Center of the Rockies is a Montessori teacher training facility in northern Colorado. The MECR training program is divided into specializations in Infant & Toddler, Early Childhood, and Elementary Education, and also offers...

CollegeAmerica-Denver is a school of business and technology and a branch campus of CollegeAmerica in the Colorado state capitol. The Denver campus features courses in Computer Technology, Business Management, and Computerized Accounting. All...

The Institute of Taoist Education and Acupuncture is an academy of eastern medicine specializing in classical five-element acupuncture. ITEA offers a master’s degree in Classical Five-Element Acupuncture in a traditional track designed for novices...