Kansas City is the most populous city of the state of Missouri. Often called the “Heart of America,” KC is the closest city to the geographical center of the US and more than 140 federal agencies maintain a presence there. KCMO is also home to a variety of higher education institutions, both public and private, for the student population.

The University of Missouri-Kansas City is one of four UM campuses, and one of two with a medical school. Serving more than 15,000 students, UMKC is the largest higher education institution in the Kansas metropolitan area. One of the oldest in the area, founded in 1849, is William Jewell College, a private liberal arts college, but there are a number of institutions that were founded in the late 1800s, including Park University and Kansas City Art Institute.

The Kansas City University of Medicine and Biosciences, located on 23-acres of KCMO land, is a graduate school that’s been open since 1916. Baker University also hosts a School of Professional and Graduate Studies in Kansas City, MO, which primarily caters to nontraditional students.

Kansas City is largely vehicle-dependent, but certain areas of the city have high walkability ratings, such as Westport and the Downtown Loop. The city also maintains a bus rapid transit line and a Metro Area Express (MAX), as well as streetcars. The nearest airport is the Kansas City International Airport. 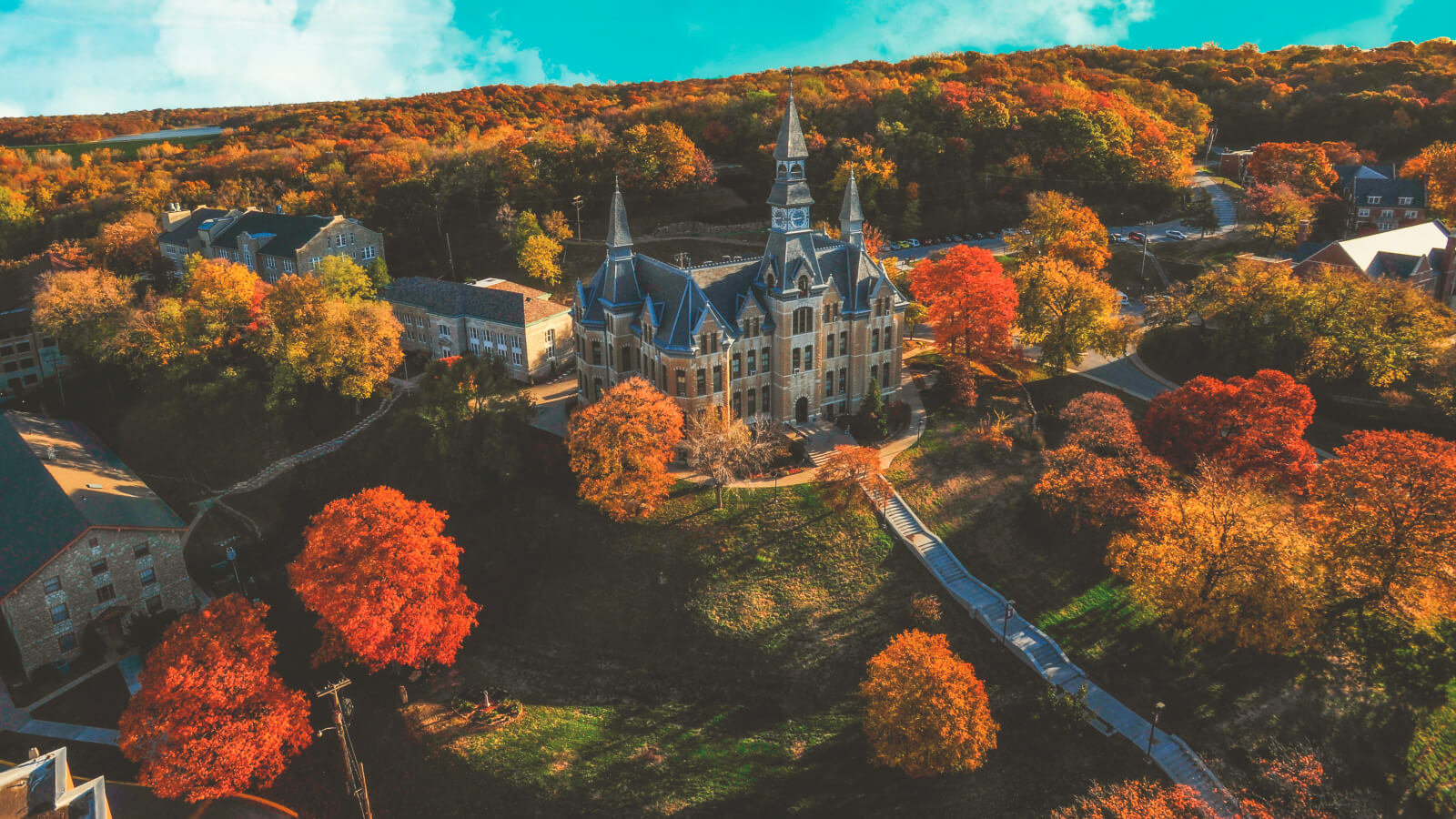 At Park University, professors are more about hands-on learning. Also, they prefer not to make students memorize terms or definitions, but to help students understand the information they receive. I was given the opportunity to explore and I have...

The teachers at Johnson County Community College, like the students, are greatly diverse. They come from all different backgrounds and experiences and have a lot of knowledge to share! In the classes that I have taken, the teachers have put a lot of... 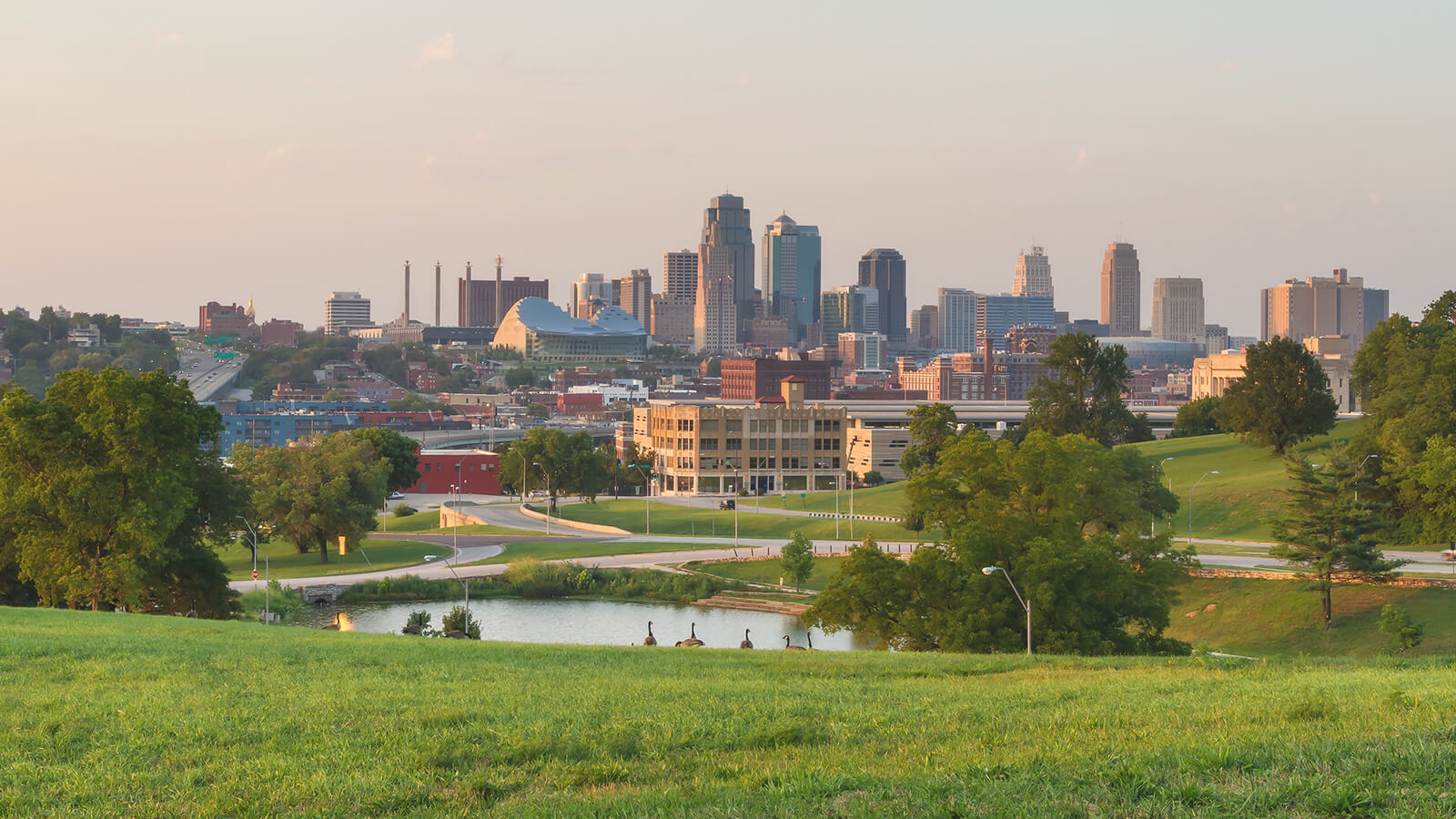 Most teachers care about you learning, however sometimes don't expect you to know much since we aren't at Mizzou I guess so that offends me esp considering I could have went to Mizzou if I wanted. 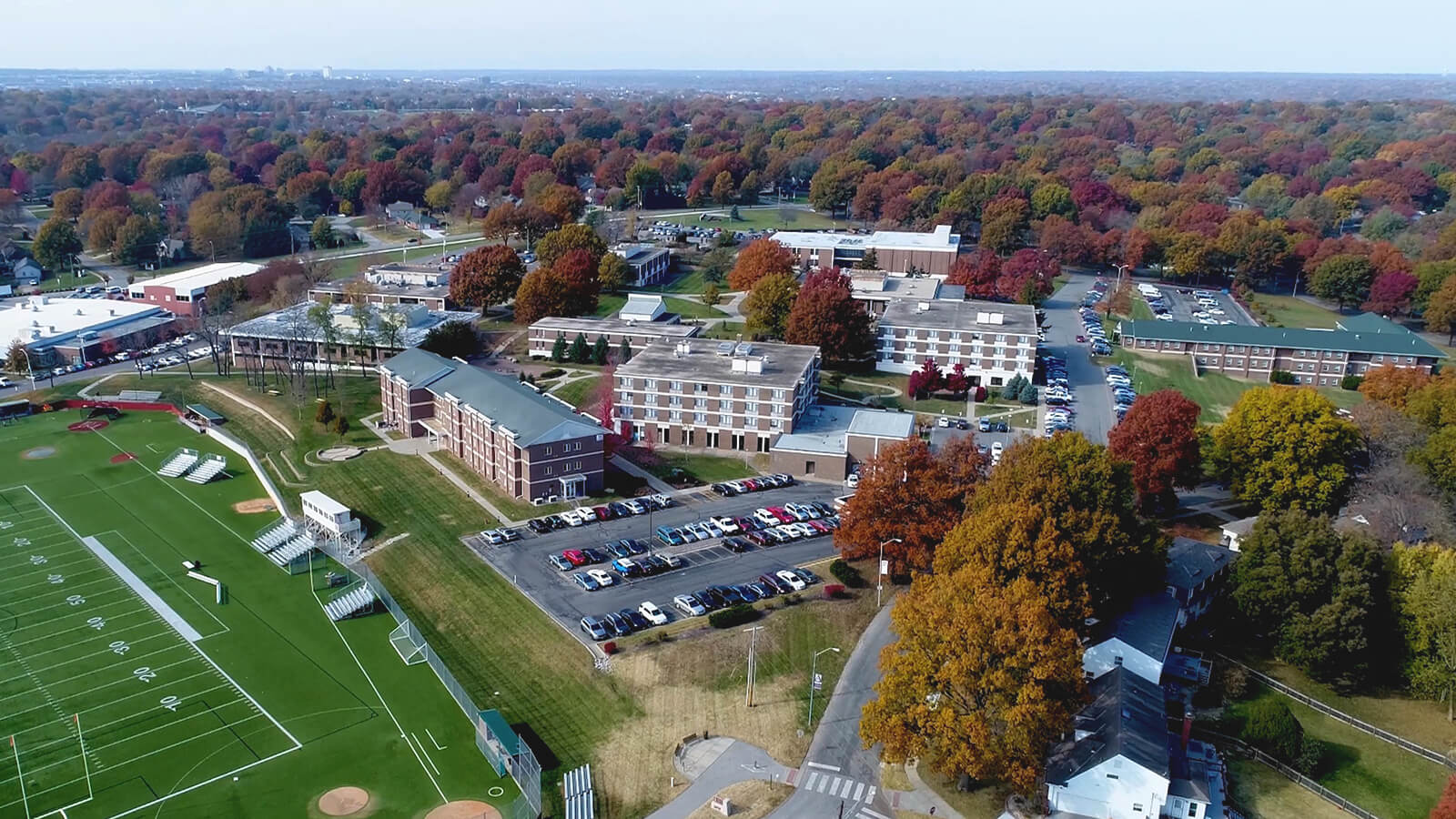 Avila University is a private, 4-year institution established in Kansas City, Missouri. Academics at Avila are rooted in experiential learning, and students have the opportunity to take part in undergraduate research and internships. Full-time...

In my opinion school is school no matter where you are or if you're in high school or college. However, I love living on campus and my roommates are great. The school is fairly small and I though I don't know everyone, it is a very friendly campus... 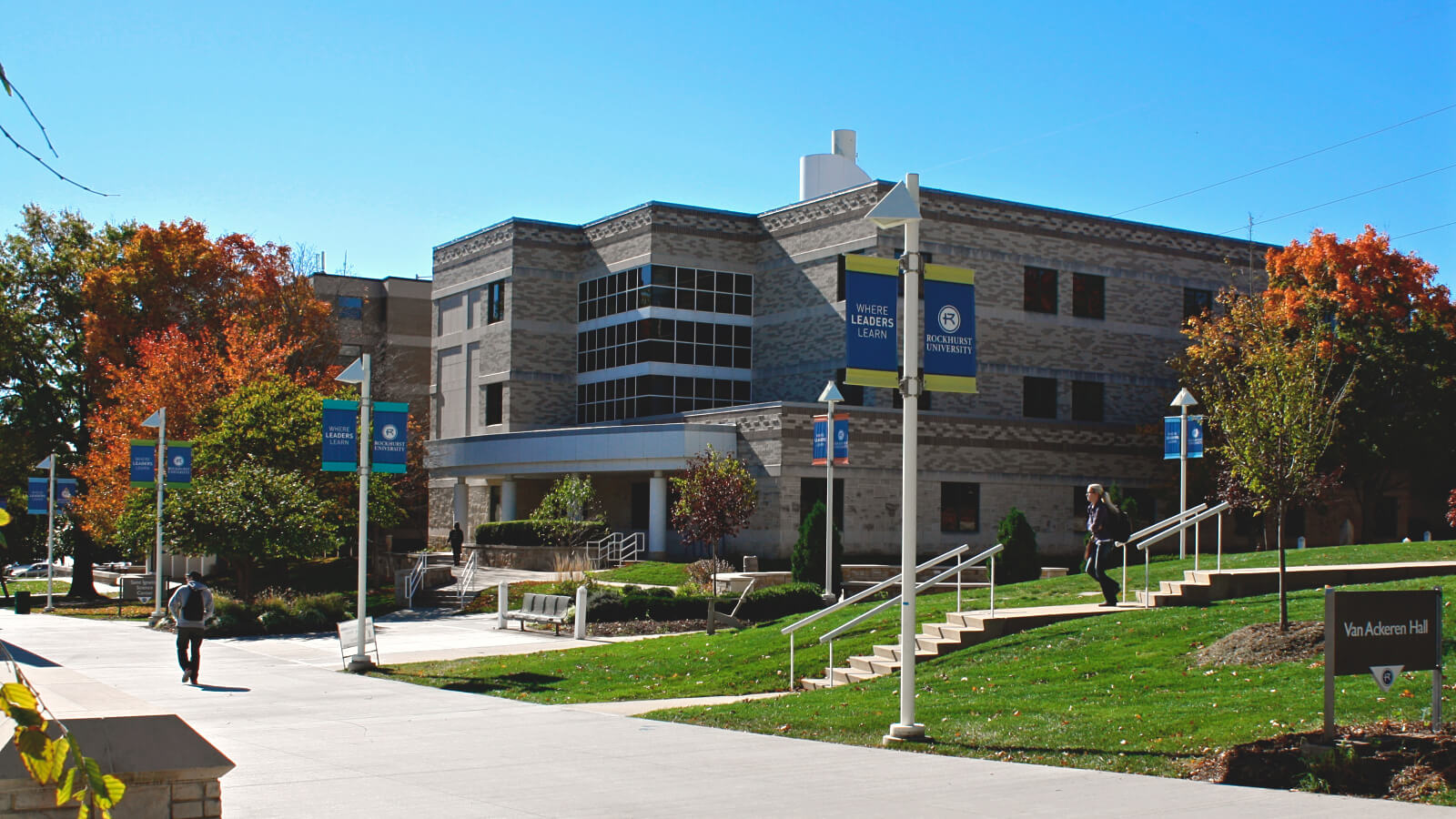 Founded in 1910, Rockhurst University is a private institution with “selective admissions.” As a member of the Association of Jesuit Colleges and Universities, students at Rockhurst have the opportunity to tap into their faith through retreats...

rockhurst is a great university for someone looking to make close relationships with their professors and know them on a personal level. also, meeting new people is super easy because of the size of the university and there are students from all over... 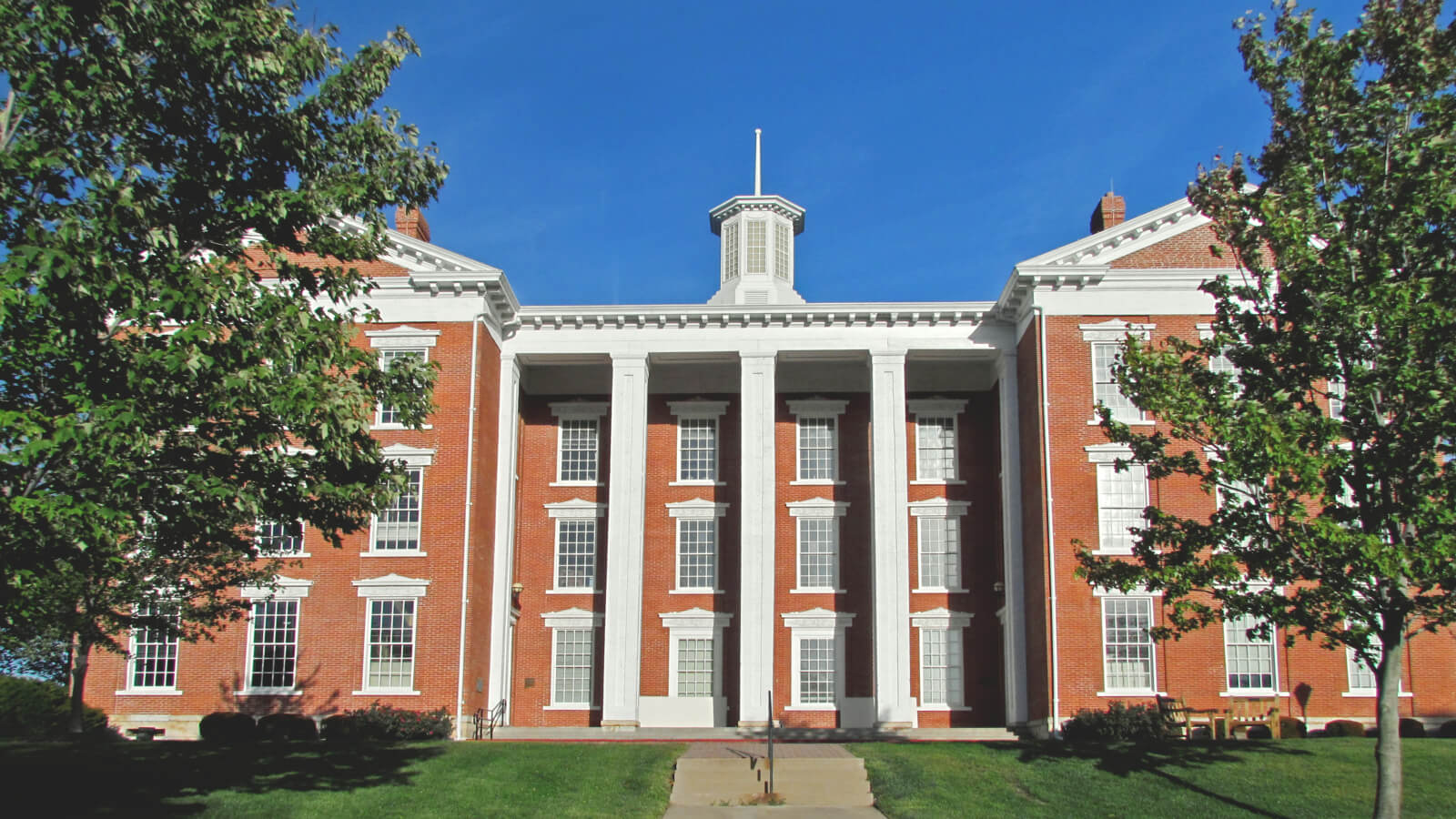 Lacks breadth, makes up for in depth.The core curriculum classes are tough, a shock for even the most intelligent first year students as you will often times get the highest level professors and expectations from day one. If you can make it through...

The University of Saint Mary is a private, Christ-centered institution established in Leavenworth, Kansas, with a satellite campus located in Overland Park which hosts undergraduate degree-completion and graduate programs one evening per week. USM...

A small college. You get to meet new people and learn new things. USM is a good school to start at. 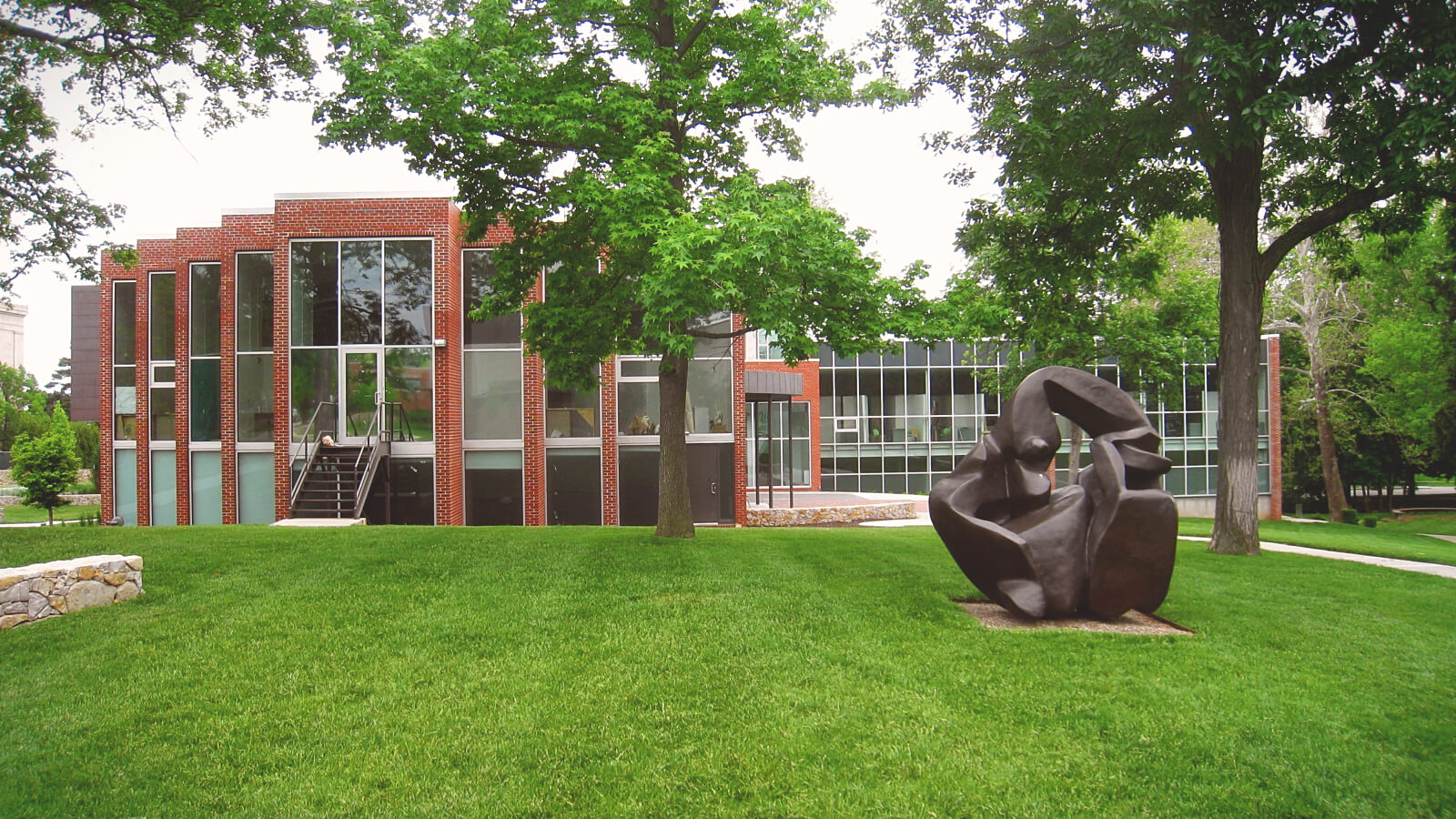 The Kansas City Art Institute is a private school of fine arts and design based in Kansas City, Missouri. KCAI primarily promotes a learn-by-doing program with their professional, studio-oriented majors, such as Creative Writing, Sculpture, and...

The teachers are really into their work. The love the subjects they teach and thus I feel like I'm really learning a lot about the subjects. Everything is clear and straight to the point, yet very in depth.

Kansas City Kansas Community College is a 2-year community college. KCKCC offers degrees and certificates in over 110 areas of study. The college also includes a technical education center and the Pioneer Career Center, which provides continuing...

KCKCC is a good school to either take basics or get an associate at. The teachers offer a lot of help. Also a lot of diversity so you always meet new people.

MidAmerica Nazarene University is a private, Christ-centered institution established in Olathe, Kansas, and it is one of eleven Nazarene education institutions in the country. Students attending MNU are required to attend chapel, and traditional...

Of course you think well it's college you have to learn something but no! This is a fun and exciting university to be at whether I'm in the class room or working on campus I always fill like I have learned something at the end of the day.

Originally founded as a radio licensing academy, Grantham University is a for-profit online university designed for first generation students and students serving in the military. Grantham is home to four colleges of Business, Nursing, Engineering...

I am learning a lot at Longview Community College. Actually, I am currently a freshmen going into my second semester and my previous English course I took first semester was actually my most challenging class I have ever took. The teachers love to...

One of the first schools of osteopathic medicine in the United States, Kansas City University of Medicine and Biosciences is a graduate-level medical school with campuses in Kansas City and Joplin, Missouri. As one of the largest med schools in the...

Founded by the Benedictine Sisters of Mount St. Scholastica with a mission to offer higher education opportunities to immigrants and the working class, Donnelly College is a private Catholic school in Kansas City, Kansas. Featuring a remarkably...

Founded by the Southern Baptist Convention, Midwestern Baptist Theological Seminary is a Christian institution in Kansas City, Missouri, training students for ministry. All of Midwestern’s undergraduate programs are held at the seminary’s Spurgeon...

Caring Christian Community of people, that takes pleasure in the spiritual and educational success of their students.
Warm loving educational experience. Family

Calvary University is a Christian college with campuses in Missouri and Colorado that utilizes The Bible as its educational foundation. Calvary is home to over 50 bachelor’s degree programs and every class includes The Bible as a required textbook...

This is one of the best places to get you basic Bible classes. The Professors here really know their stuff and it's a joy yo sit under the,

Cleveland University-Kansas City is a school of chiropractic and health sciences in the Kansas City, Kansas, suburbs. In addition to three associate degree programs, CUKC offers a bachelor’s degree in Human Biology as well as a master’s degree in...

Many professors teach in an organized way.
Scheduling allows me to still spend time with my family.
I'd like to be more involved in research as soon as possible.

Established in 1865, Ottawa University-Kansas City is a private, Christ-centered institution located in Overland Park. The college offers 16 bachelor’s degree programs with a variety of concentration options, as well as seven master’s degree programs...

Affiliated with the Methodist church, Saint Paul School of Theology is a Christian seminary with two campuses in Kansas City and Oklahoma City. In partnership with the Church of the Resurrection, Saint Paul offers master’s degrees in Divinity...