Portland is the most populous city in the state of Oregon, as well as the largest. Since the swell in population in the 1830s with its close proximity to the end of the Oregon Trail, it’s become a major port for the Willamette Valley Region of the Pacific Northwest. It’s also accumulated more than 15 institutions of higher learning, including several that are nationally ranked.

The largest by enrollment in the city is the Portland State University, which is also the second largest by enrollment in the entire state, after Oregon State University. PSU offers over 120 undergraduate degrees, as well as nearly as many postgraduate degrees, and it is the only public, urban institution in the state to be located in a major metropolitan city. While PSU wasn’t established as a university until 1969, Portland hosts several older institutions, including Reed College, which was founded in 1908 and Lewis & Clark University, founded in 1867, both of which are liberal arts institutions. The Oregon Culinary Institution is the only for-profit trade school in the city.

The University of Portland is the only Roman Catholic comprehensive institution in the entire state, but there are three other religious institutions in Portland Multnomah University, Cascade University, and Warner Pacific University.

There are few institutions that focus on medicine in Portland’s city limits, including the Oregon College of Oriental Medicine, the University of Western States, and the National University of Natural Medicine. The Oregon Health & Science University founded in 1887 is the oldest, and is comprised of three academic colleges in nursing, dentistry, and medicine, as well as two hospitals. There are several higher education institutions that focus in fine arts, as well, including the Pacific Northwest College of the Arts, The Art Institute of Portland, and the Northwest Film School. Other higher education facilities include Concordia University and Linfield College.

Often referred to as the City of Roses, Portland is home to the International Rose Test Garden, which features 7,000 rose bushes. With a high walkability level, large bicycle commuter population, and farm-to-table dining, Portland is also considered one of the most environmentally conscious cities. There are a number of public transportation options, including streetcars, ride sharing, and biking. 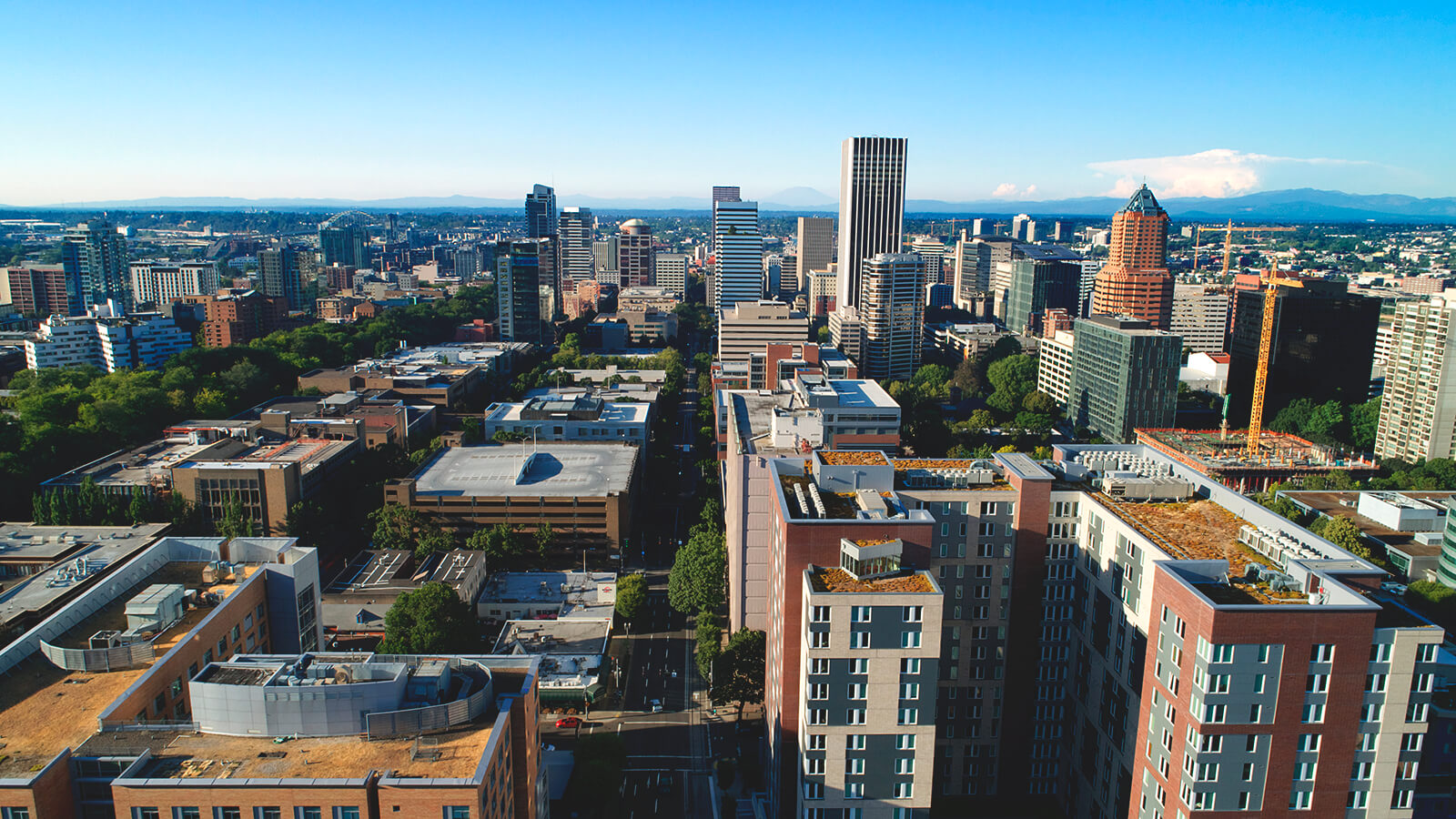 Portland State University has a great campus that allows for a lot of diversity and growth. The overall experience that I've had at PSU is great because I have made a lot of new friends, gained knowledge, and pursue my future with a bright outlook... 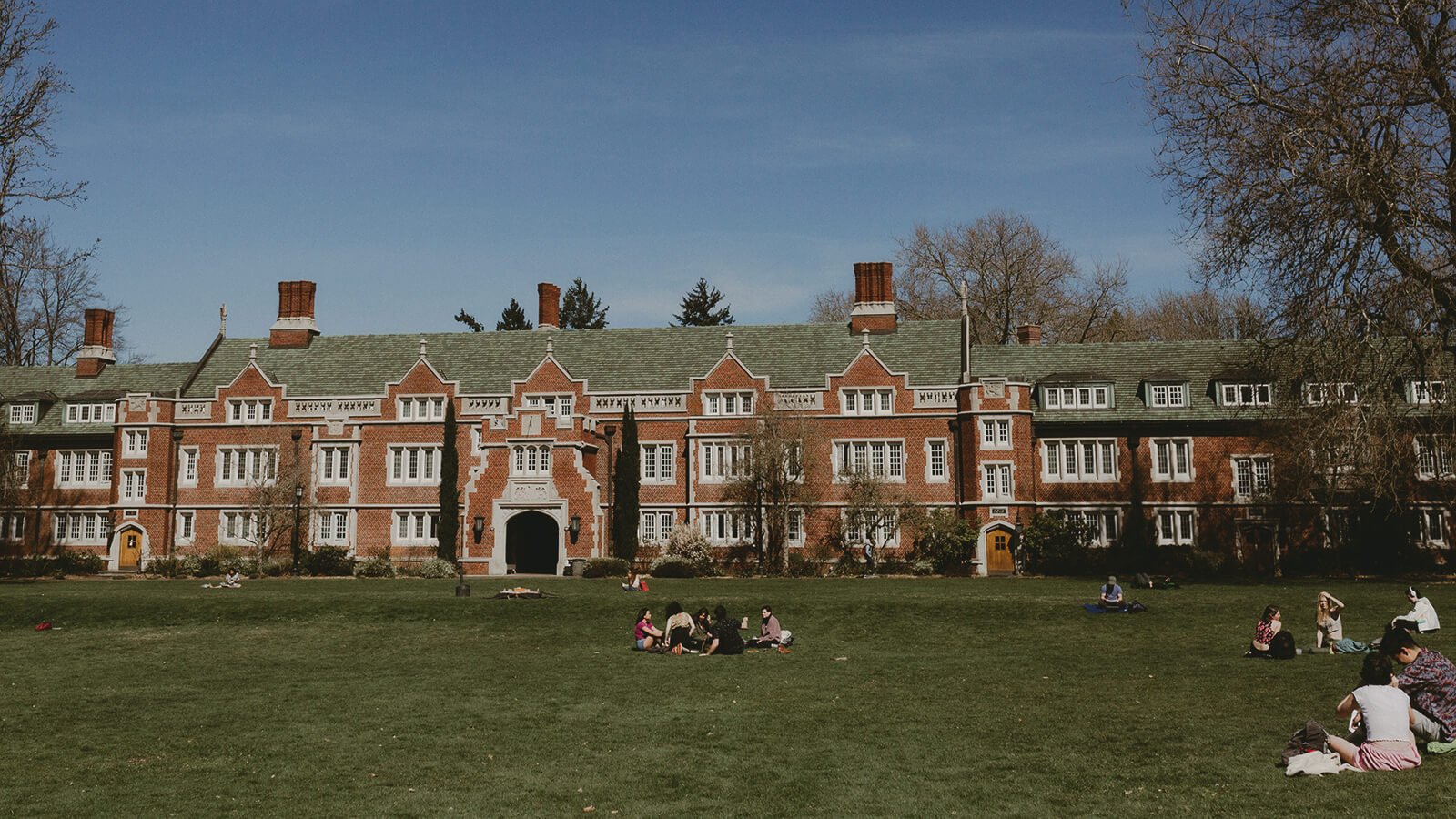 Reed is a small liberal arts college in Portland, Oregon, devoted to genuine intellectual inquiry in an engaging and supportive atmosphere. Reedies share a spirit of friendship and independence, a commitment to integrity, and a true love of learning...

Reed is a wonderland for quirky and intellectual people who want to be learning and growing every day. The classes are small and individualized, providing an environment where you are encouraged to explore your own ideas and push others to do the... 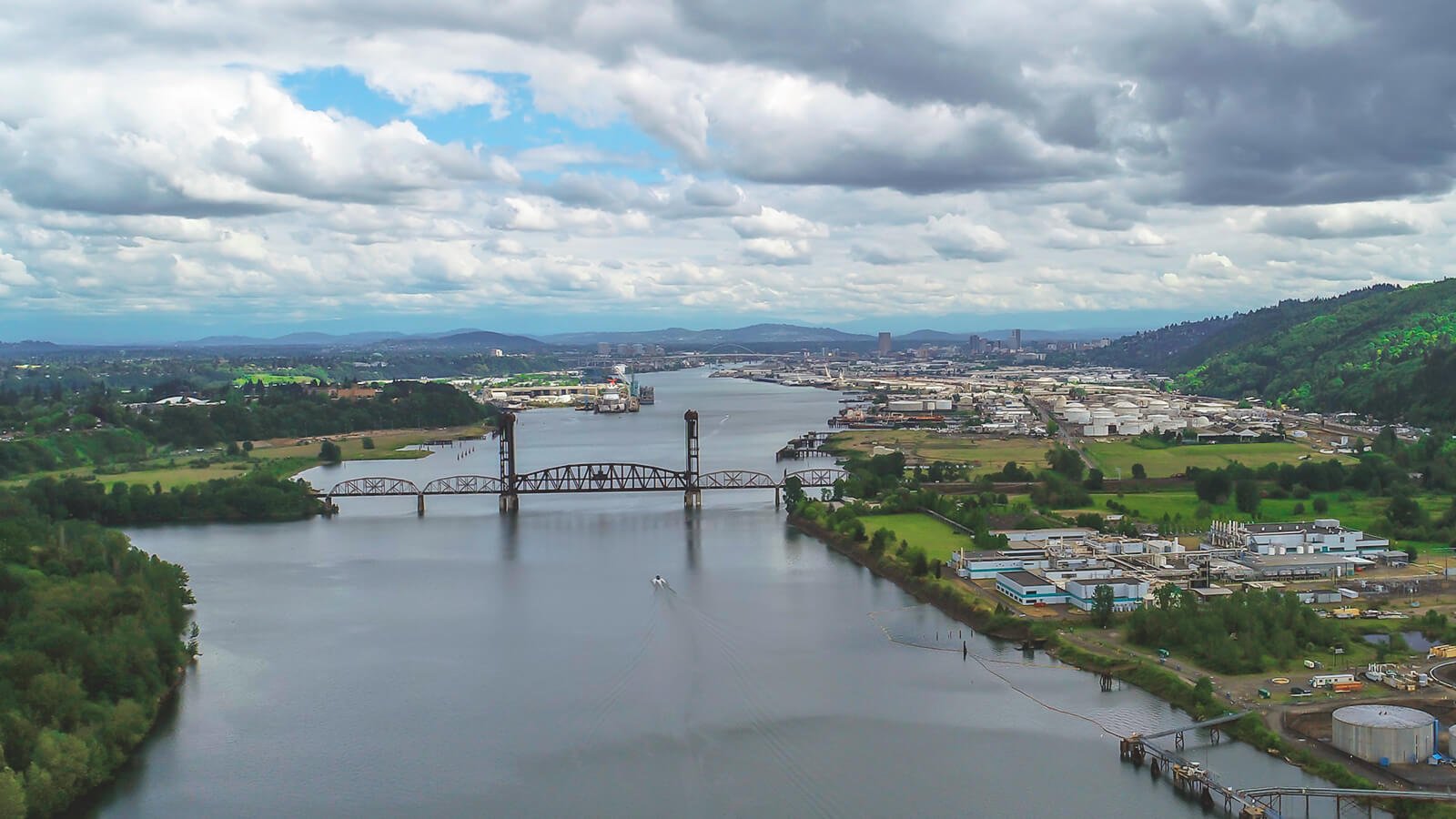 Established by the Congregation of the Holy Cross in 1891, the University of Portland is a private Roman Catholic university. UP is home to colleges and schools of Arts & Sciences, Business, Engineering, Nursing, and Education conferring...

I can honestly say that I have never felt so well taken care of academically. All of the teachers here are dedicated to their job and to the students. They go out of their way to make sure that every student is keeping up with the material. The class... 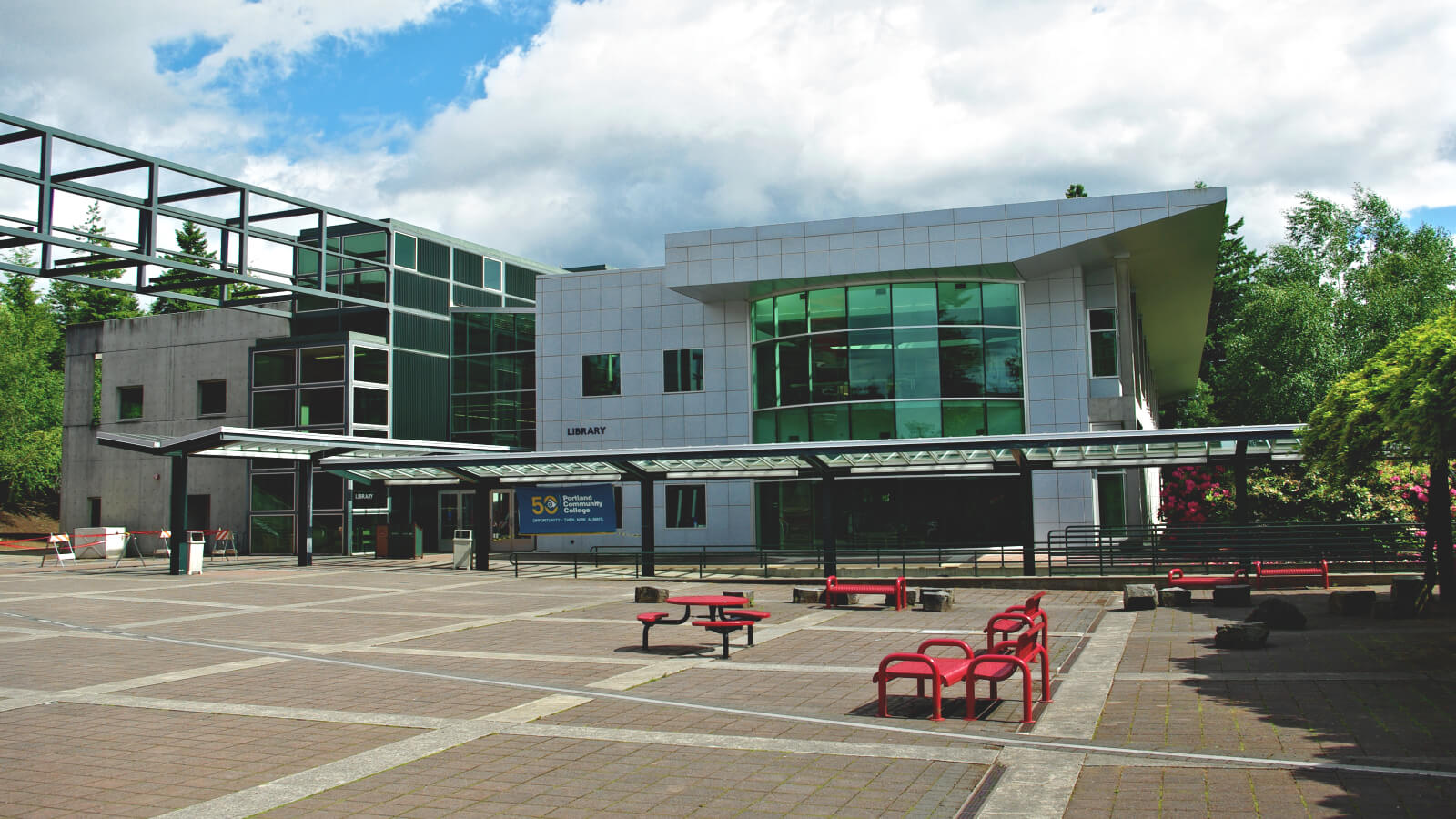 Portland Community College is a 2-year higher education institution in Portland, Oregon. It is the largest community college in the state and operates 4 campuses around the Portland metro area. The university offers professional certificates...

I am definitely learning all I need and it is great. I was at first hesitant about going to a community college for the first year but I soon found out that that is not at all a problem. I thought classes at a University would be more informative and... 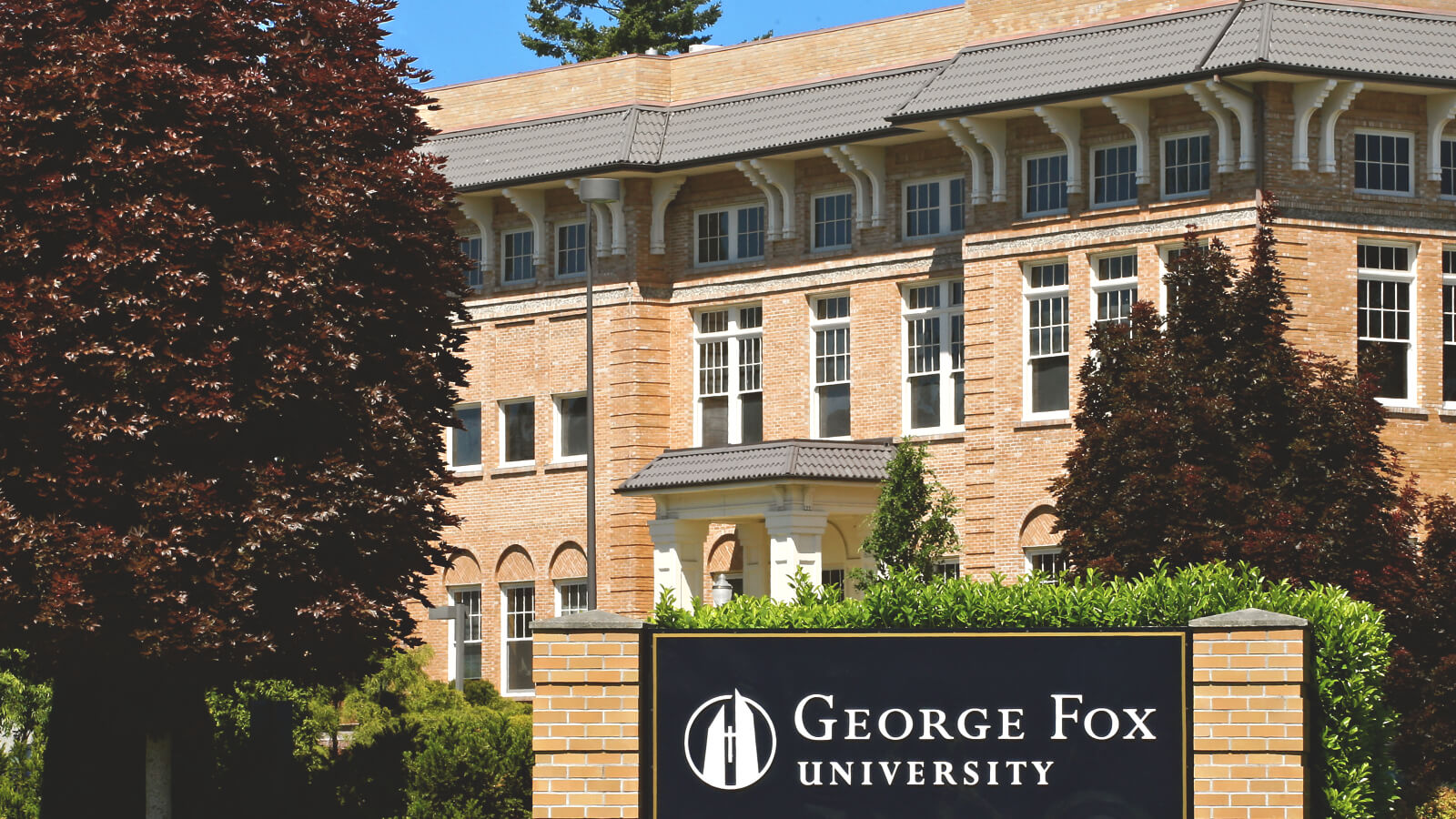 Founded in 1891, George Fox University is a private institution based in Newberg, Oregon. It is affiliated with the Religious Society of Friends and integrates the Christian faith into their curriculum. All students must sign an honor code that...

I am finally being challenged in the classroom again. I almost floated through high school, but George Fox pushes me in the classroom. It expands my thinking, and the teachers are friendly. The ratio of teachers to students is low, so it's really... 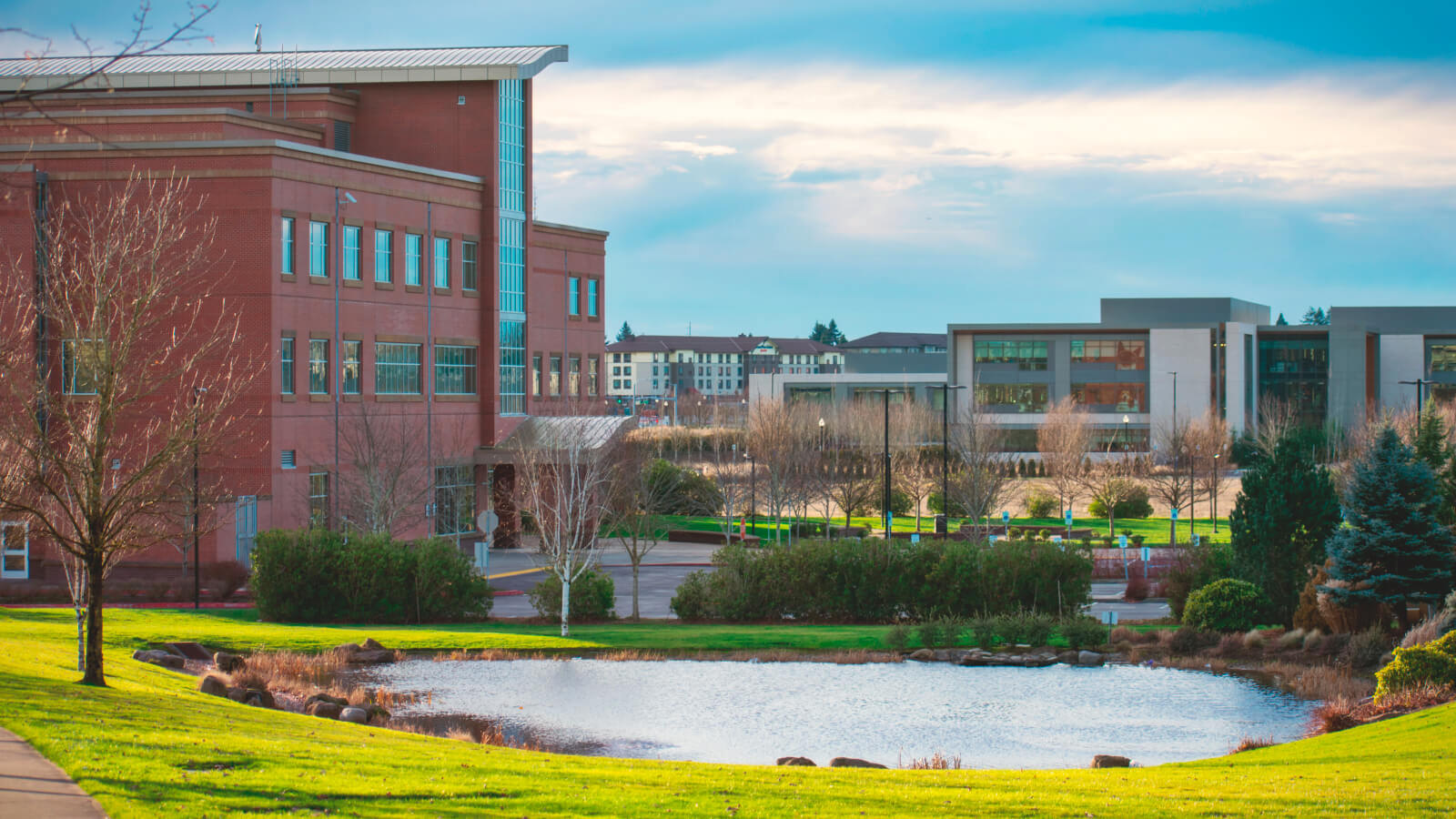 Many different campuses to choose from, great staff, and very knowledgeable. I love it here. 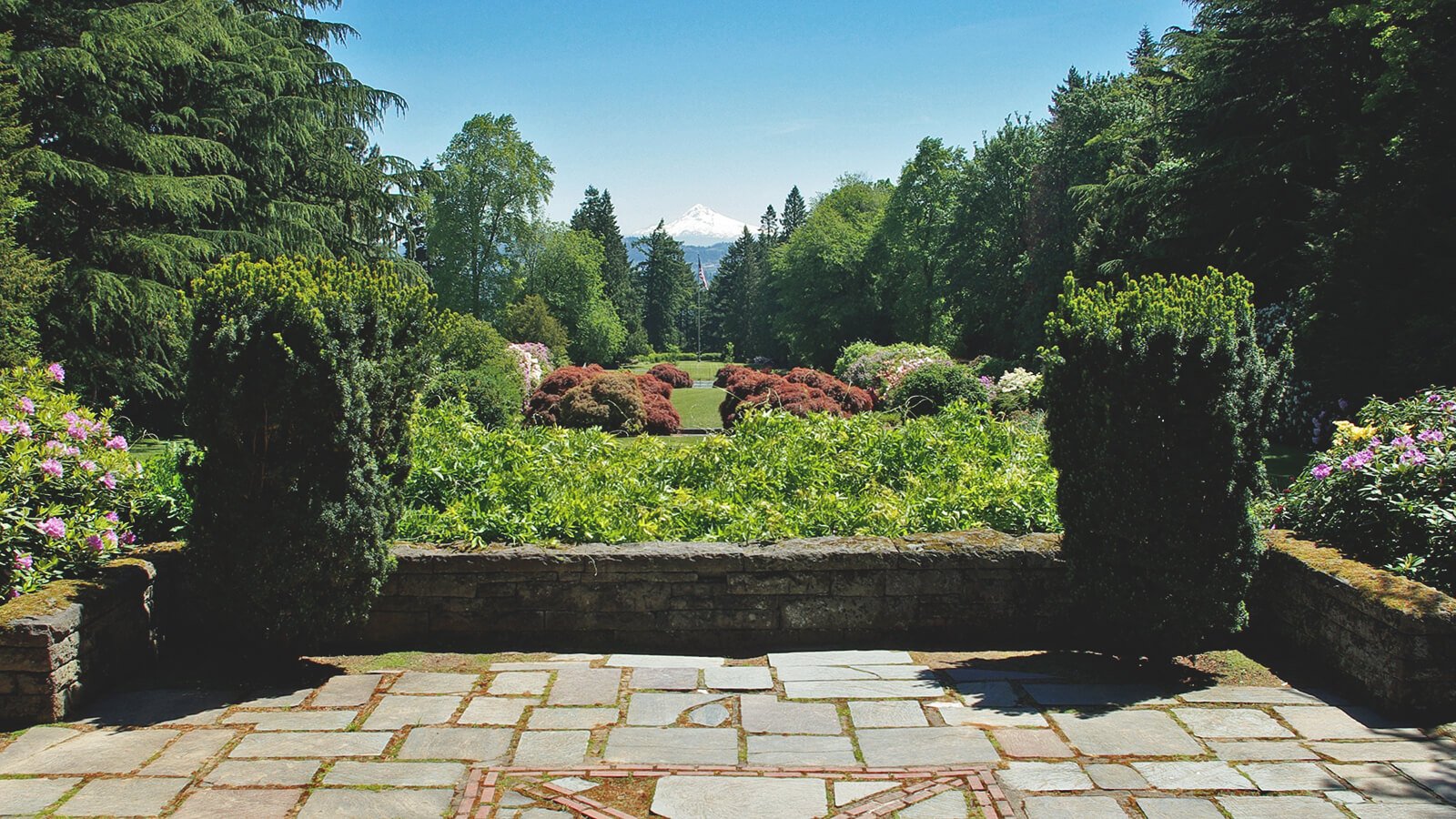 Lewis & Clark College is a 4-year liberal arts college in the southwest hills of Portland. Lewis & Clark confers undergraduate degrees in 29 academic majors and 27 minors and all first year students are enrolled in a 2-semester course called...

I find most of my classes interesting, and all of them challenging. I've learned things about subjects that I never thought would interest me!

Mt Hood Community College is a public, 2-year institution located primarily in Gresham, Oregon, with a satellite location in Portland. The campus features a wide variety of facilities for students to visit, such as the Visual Arts Center Gallery, the...

Some classes have challenged me, but in many others, I have to challenge myself to grow. In some of the introductory courses, it would not take much effort to receive an A in the class. Doing the minimum will hurt you in the long run though.

Clackamas Community College is a public, 2-year institution established in Oregon City, and is one of the largest community colleges in Oregon state. Along with the main campus, the college also maintains satellite campuses in Milwaukie and...

There's a great atmosphere on campus and it's great to be able to meet new people, all kinds of people. There's a greater variety of people at Clackamas, and the sports are great! 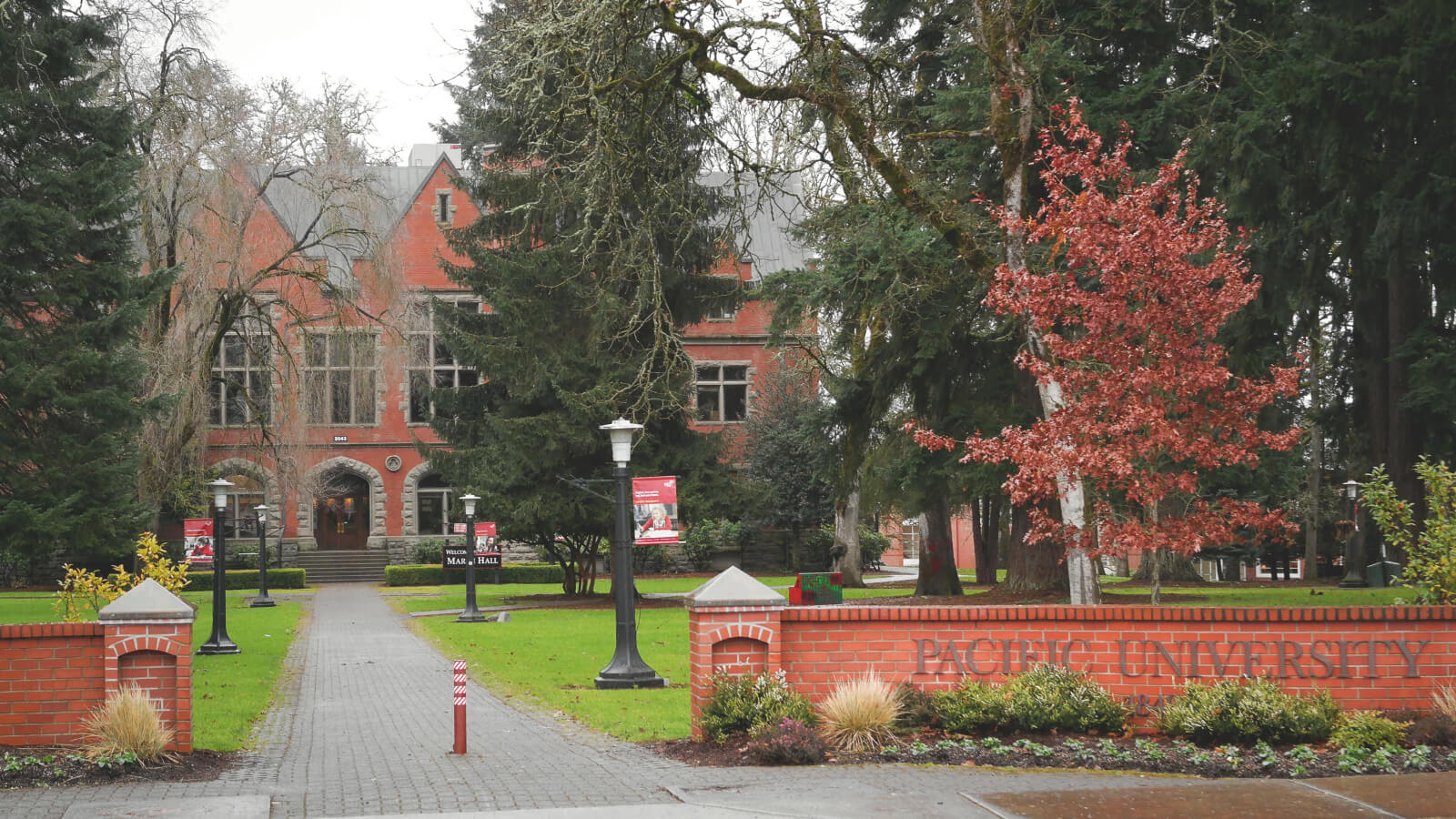 Pacific University is a liberal arts college in the greater Portland area. Pacific is home to colleges of Arts & Sciences, Business, and Education granting undergraduate degrees in over 70 academic majors. Utilizing the university’s location, Pacific...

Pacific University has an extremely extensive course catalog for such a small school. They also cover a large amount of subjects, so students who go to college undecided have the ability to sample courses from many areas before deciding on a major... 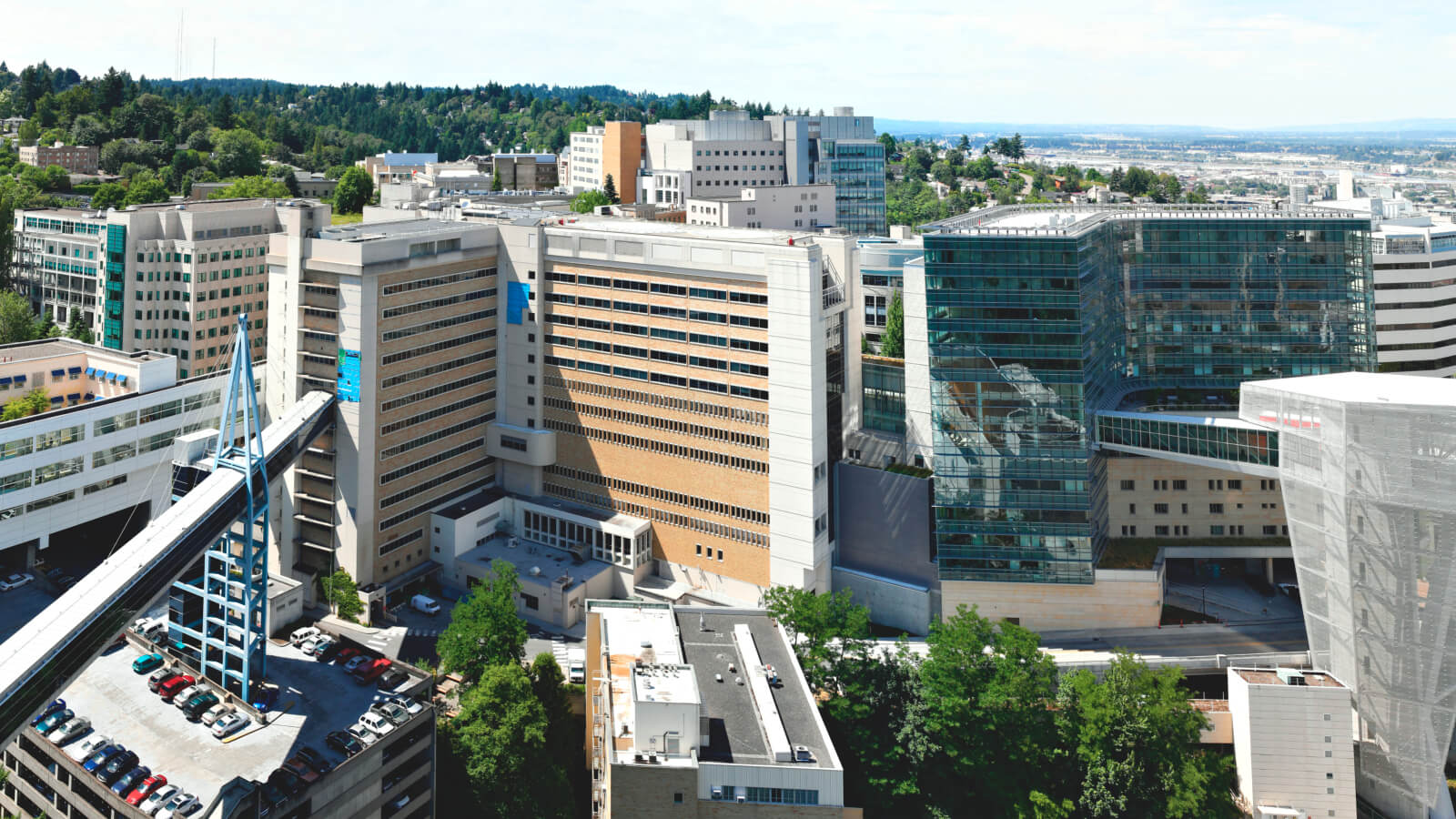 Oregon Health & Science University is a public institution based in Portland, OR, that operates two hospitals. The university is dedicated to research and training health professionals. OHSU is credited with developing stem cells from skin cells...

Love this program!! It's worth the extra year of nursing school; I feel by the time I graduate, I will be a well-prepared nurse!

Multnomah University is a 4-year non-denominational Christian college in Portland, Oregon. Multnomah utilizes The Bible as a foundation for every class and offers programs in liberal arts and humanities in addition to religious studies. As a Christ...

Good gracious! I'm learning so much! Who knew there was so much meaning in what seemed before to be orderless Sunday School stories!

Warner Pacific College is a private, Christ-centered institution established on an urban, 15-acre campus in Portland, Oregon, with satellite locations throughout the city and in Longview and Vancouver. WP offers over 50 undergraduate major and minor... 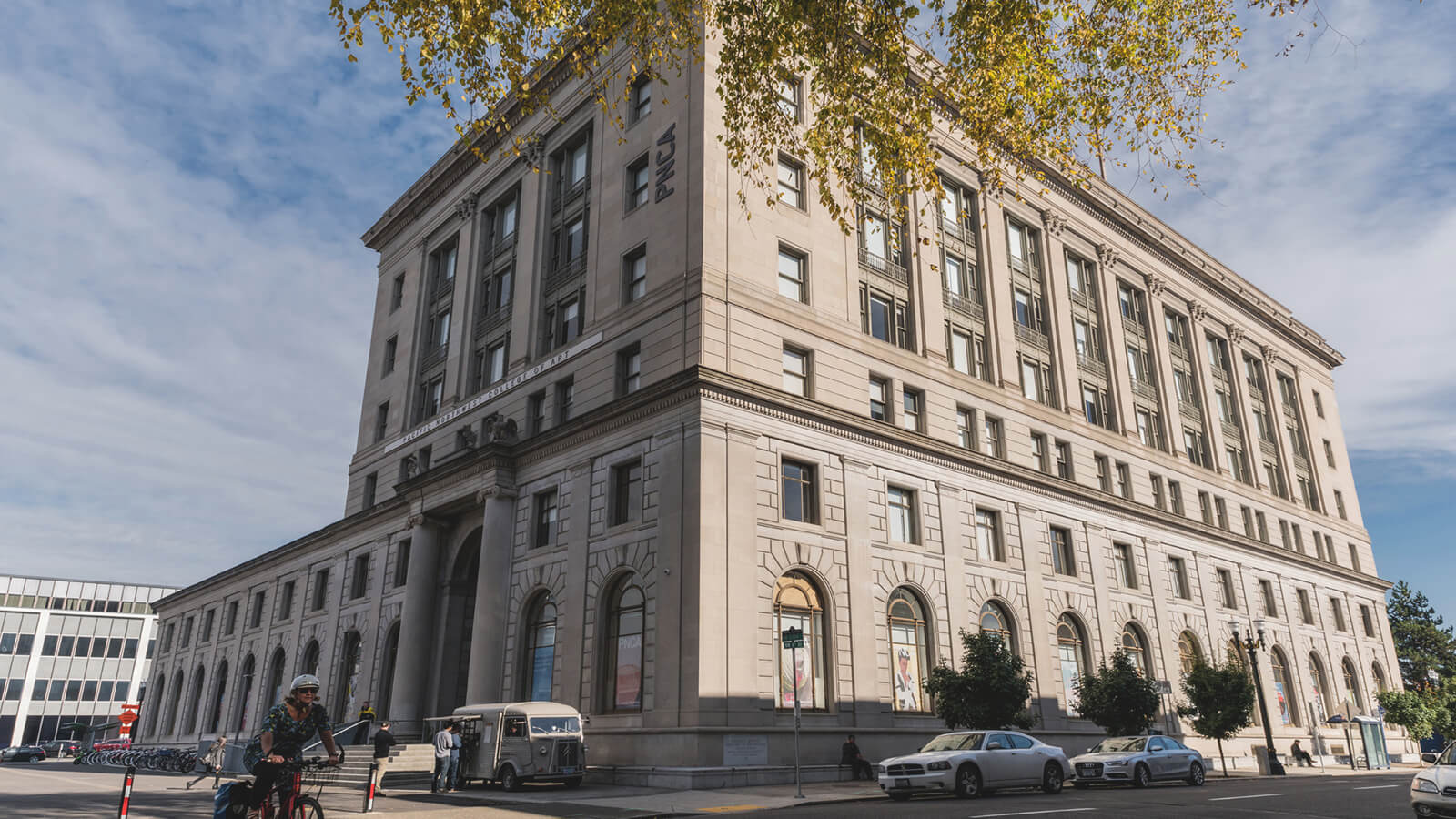 Pacific Northwest College of Art (PNCA) empowers artists and designers to reimagine what art and design can do in the world. We're a private non-profit AICAD fine art and design college, founded in 1909 in Portland, Oregon. We offer eleven Bachelor...

It's a pretty great school. There aren't many students so the community is pretty close. The teachers are always willing to help and give great advice.

The University of Western States is the second oldest chiropractic institution in the United States and a school of integrated healthcare. In addition to its College of Chiropractic program, the UWS College of Graduate Studies offers degrees in six...

Originally established as a diploma-granting program from Good Samaritan Hospital, the Linfield College School of Nursing is a nursing education academy in Portland. The Nursing program at Linfield is available as a 2-year and accelerated 15-month...

Established in 1983, Oregon College of Oriental Medicine is a private, medical education institution located in Portland. OCOM’s academic offerings include a Master of Acupuncture, a Master and a Doctor of Acupuncture and Chinese Medicine, and a...

From its first days holding classes in the house of its founder, Birthingway College of Midwifery has grown to become a degree-granting institution of the midwifery arts in Portland. Birthingway offers a bachelor’s degree in Midwifery and associate...

The Portland Actors Conservatory is an acting training academy dedicated to cultivating a performing artist mindset and lifelong dedication to the craft. The conservatory’s 2-year curriculum features classes in movement, voice, text analysis, and...

As one of six campuses of the Washington State University system, WSU Vancouver offers big-school resources in a small-school environment and provides baccalaureate- and graduate-level education to benefit the people, communities and economy of...