The City of San Jose in California is the third-most populous in the state. Considered the economic, cultural, and political powerhouse of Silicon Valley, San Jose is a global city with an extremely high cost of living. On top of being home to major tech companies like Cisco System, Paypal, eBay, and many more, the Capital of Silicon Valley also has played, and continues to play, a significant role in higher education.

The University of California system was founded in San Jose with the San Jose State University. SJSU is the oldest public university in the west coast and serves more than 30,000 with its upwards of 200 degree options. San Jose is also served by a handful of 2-year institutions, which include San Jose City College, Mission College, Evergreen Valley College, and West Valley College. For paramedic training, WestMed’s headquarters are located in San Jose.

When it comes to graduate schools, there are two in San Jose that offer law degrees, the Lincoln Law School of San Jose and the University of Silicon Valley Law School. National University offers degrees for adult learning, with classes being offered primarily in the evening and in four-week stints. Western Seminary maintains a campus in San Jose, as well, offering graduate theological degrees. There is also a division of Golden Gate University, whose main campus is in San Francisco, that offers bachelor’s degrees in business and MBAs.

Outside of the city but in the San Jose metropolitan area are a number of notable institutions. Santa Clara University, the oldest operating institution of higher learning in the state, is less than 15 minutes from San Jose, a private, Jesuit university. Stanford University in Stanford, CA, is just over 20 minutes from San Jose, and is an American research university known for its academics. The University of California in Santa Cruz, UC Santa Cruz, is a bit over an hour from San Jose, but is one of 10 institutions in the 10-campus UC system and offers both undergraduate and graduate degrees.

San Jose is a highly automobile-dependent city with an expansive freeway system but does offer some rail service through Amtrak, ACE, Caltrain, and VTA Light Rail. The area is served by four airports, with the closest being Norman Y. Mineta San Jose International Airport and Reid-Hillview Airport of Santa Clara County. 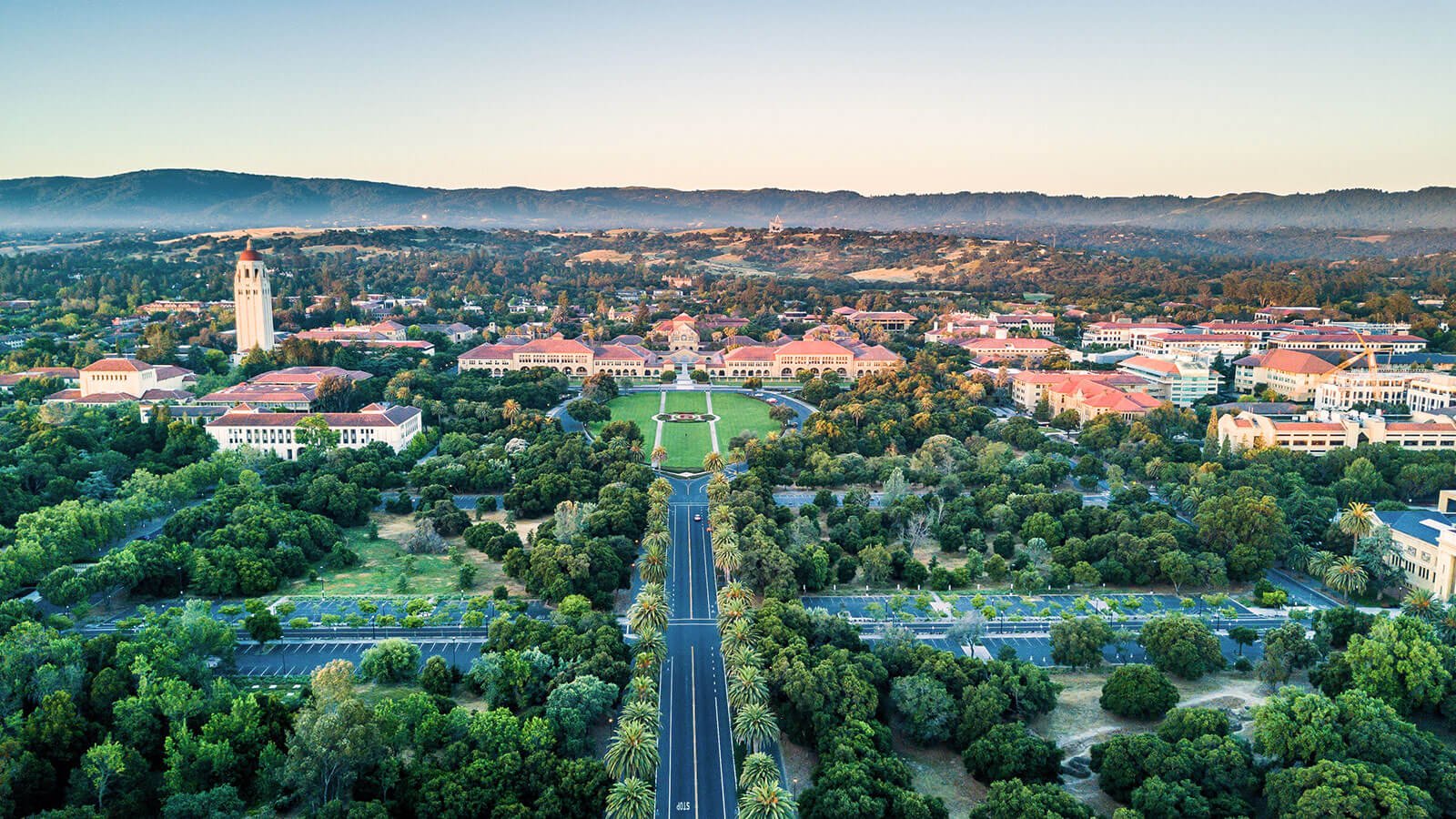 Stanford University is a research institution located in the California town of the same name. The more than 8,000-acre campus features seven schools, the largest of which is the School of Humanities and Sciences, and 80 residential facilities. With... 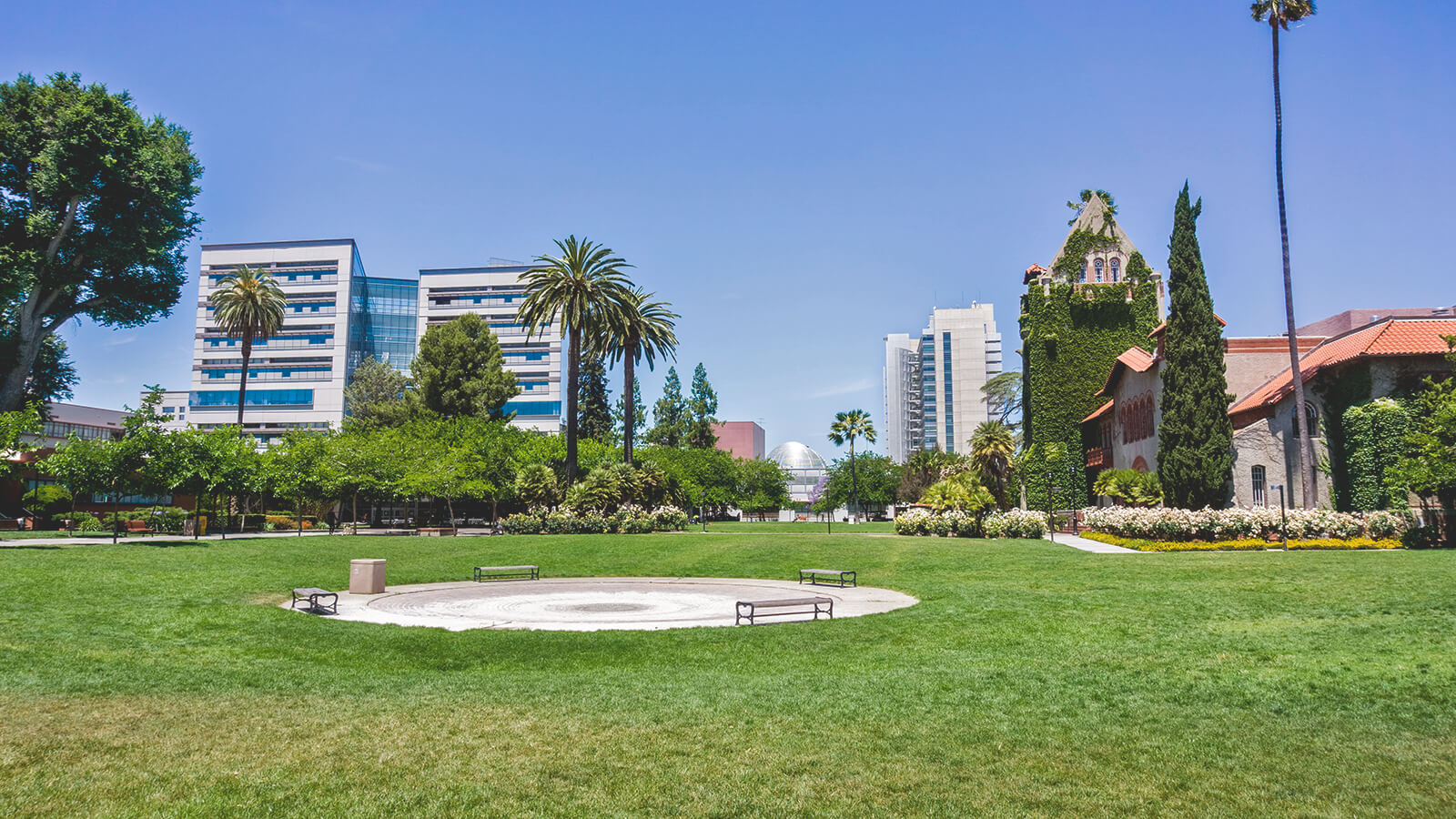 San Jose State University is the oldest public university on the west coast, and is the founding campus of the 23-campus California State University System. Located on 154 acres in downtown San Jose, SJSU offers more than 145 areas of study with an...

I have taken English 1A, Latino Identity (psycology), Remedial Math, and Intro to Sociology. English 1A is the GE English class required for undergrad students. My teacher, Mr. Mujal, was amazing. It was a small class of 25, and he made sure everyone... 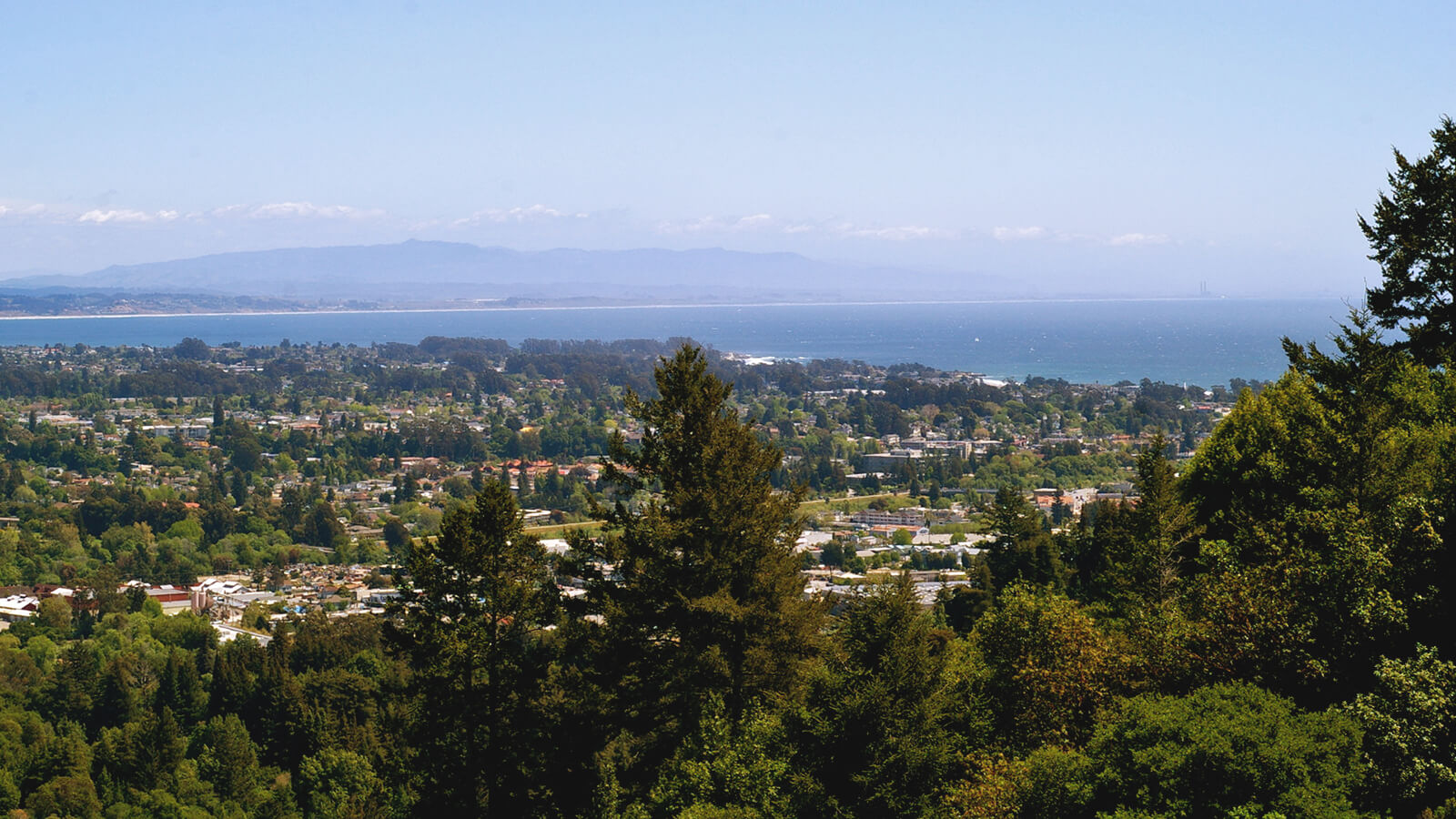 After completing my first year at UCSC - and most of my GEs - I feel that I have learned a lot in many different areas of study. The classes offered as general education requirements are both interesting and informative. I have only taken two of my... 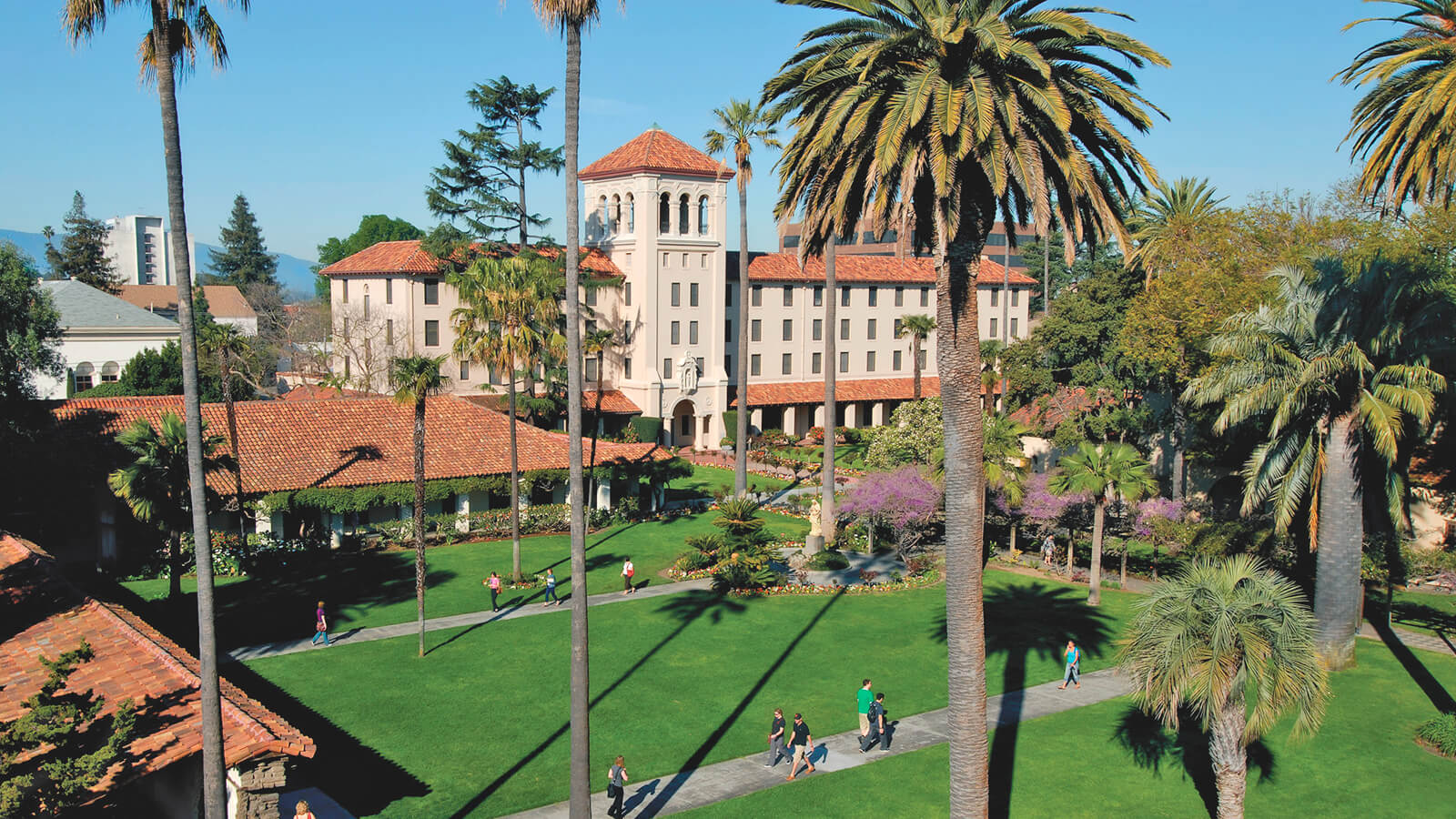 Founded in 1851 by the Society of Jesus, Santa Clara University is a Jesuit Catholic university in Silicon Valley and the oldest institution of higher education in California. SCU offers undergraduate degrees in more than 50 academic majors and...

The faculty offer much more than what textbooks can do. Not only that, but just seeing all different types of people from different backgrounds builds the social aspect as well as the classroom aspect. It's also very easy to get to know people since... 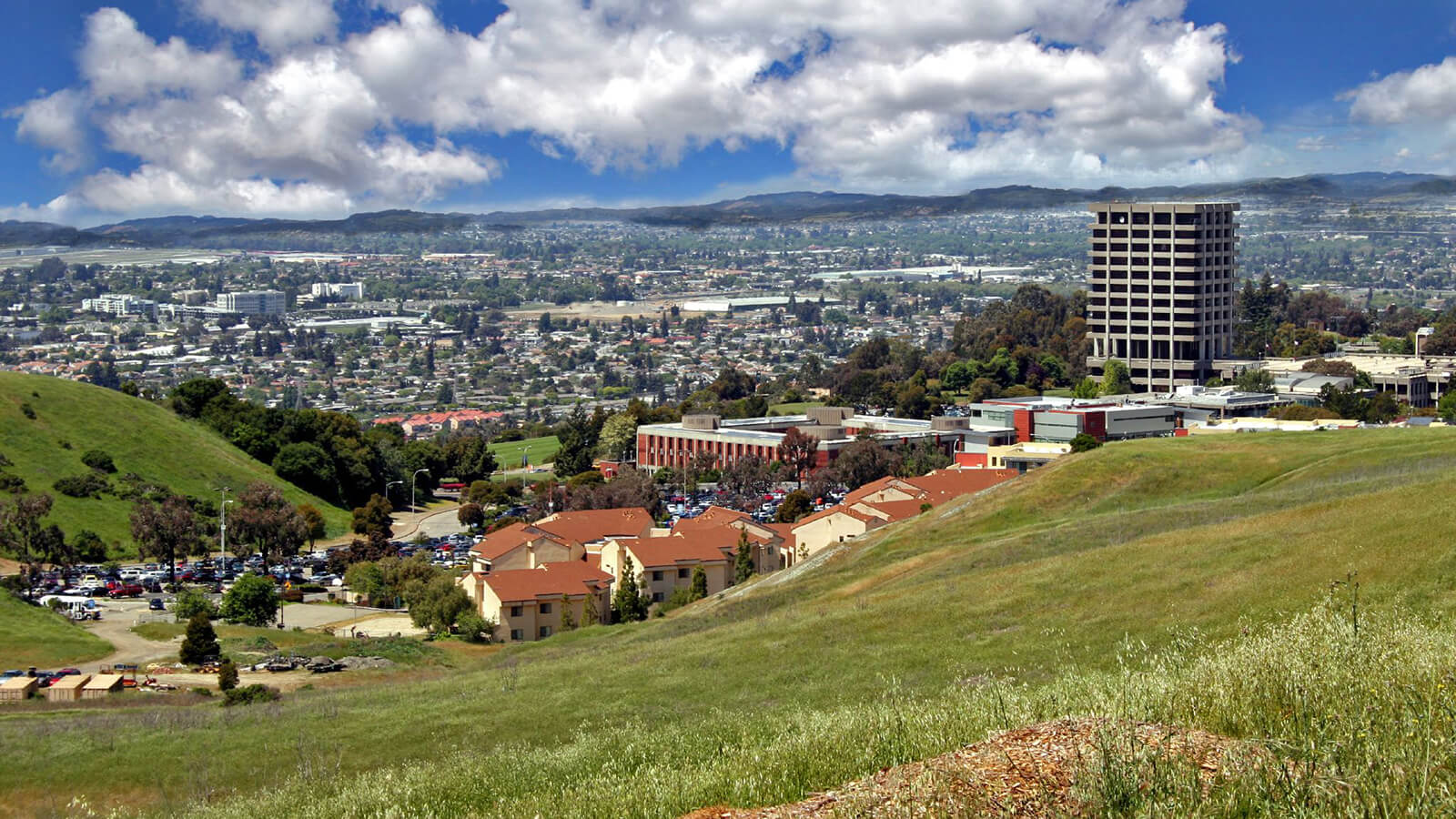 I have learned a lot in the 10 weeks that I have attended so far. The class sizes are nice, and I haven;t had much trouble getting the classes that I want. I have done well my first quarter, and I think I owe credit to CSUEB for that, 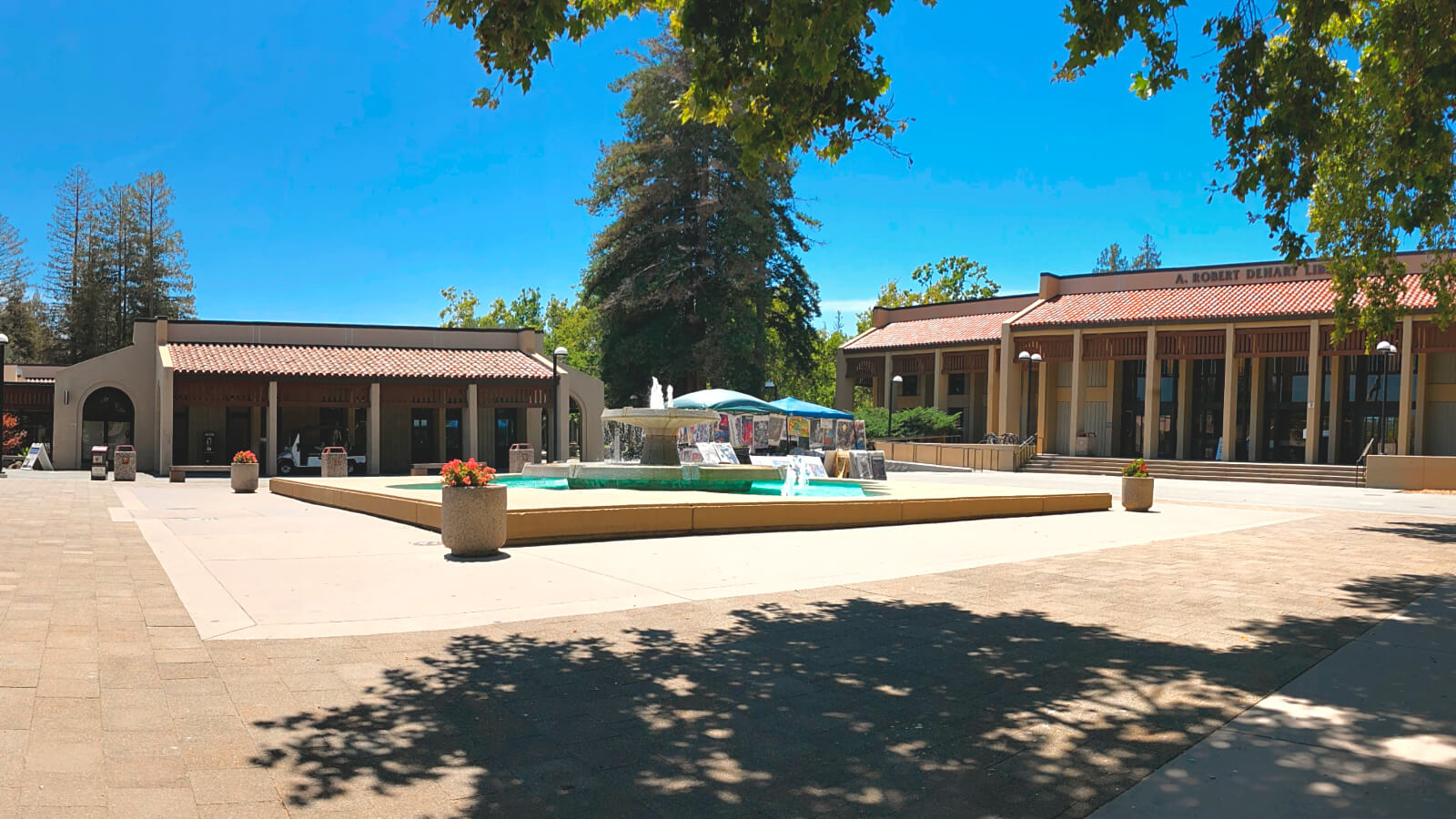 De Anza College is a public community college based in Cupertino, California, with an open admissions policy. The campus, considered the top Silicon Valley college for transferring students to 4-year universities, boasts the Euphrat Museum of Art...

Although De Anza College is a community college, I feel that you can get so much more out of this school rather than going straight into a university. The classes &amp; teachers are there to help you reach your goal as much as they can, whether it's in...

Cabrillo College is a public, 2-year institution established in Aptos, California near Monterey Bay. The campus features a modern Visual, Applied, and Performing Arts Center, which is home to a number of classes, events, and performances throughout...

Beautiful surrounding, people are very nice and welcoming. the campus is only 10 min away from the beach. The campus looks new and has amazing teaches. 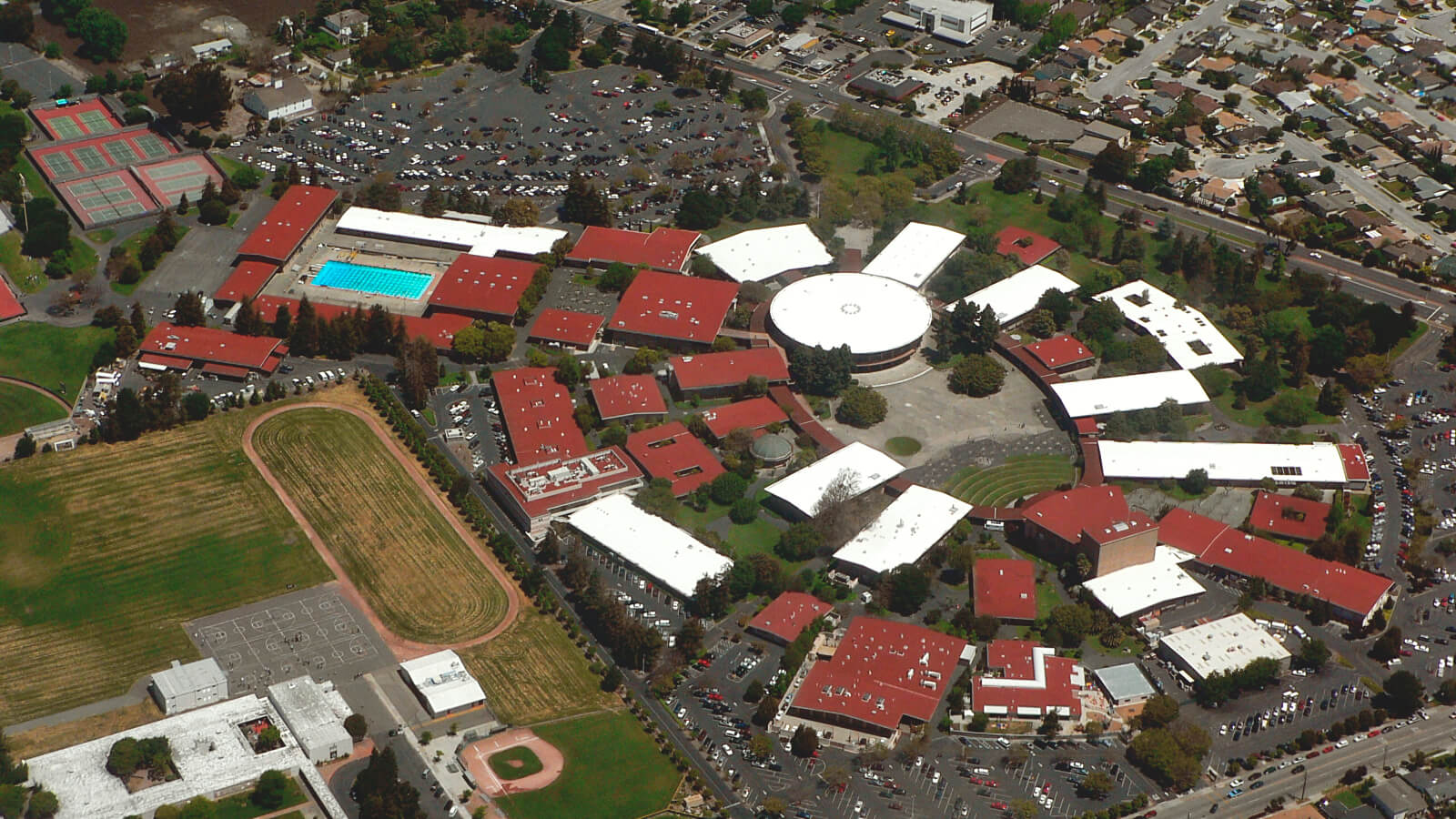 Chabot College is a public, 2-year institution located in Hayward, California, that offers majors in six areas of study. The college features over 14 student support programs, such as the ASPIRE TRiO program and the Striving Black Brothers Coalition...

Before I went to Chabot I didn't think I was very smart and didn't have my true academic ability exposed. When I started classes here I realized my true intelligence and now I am excelling in all my classes. 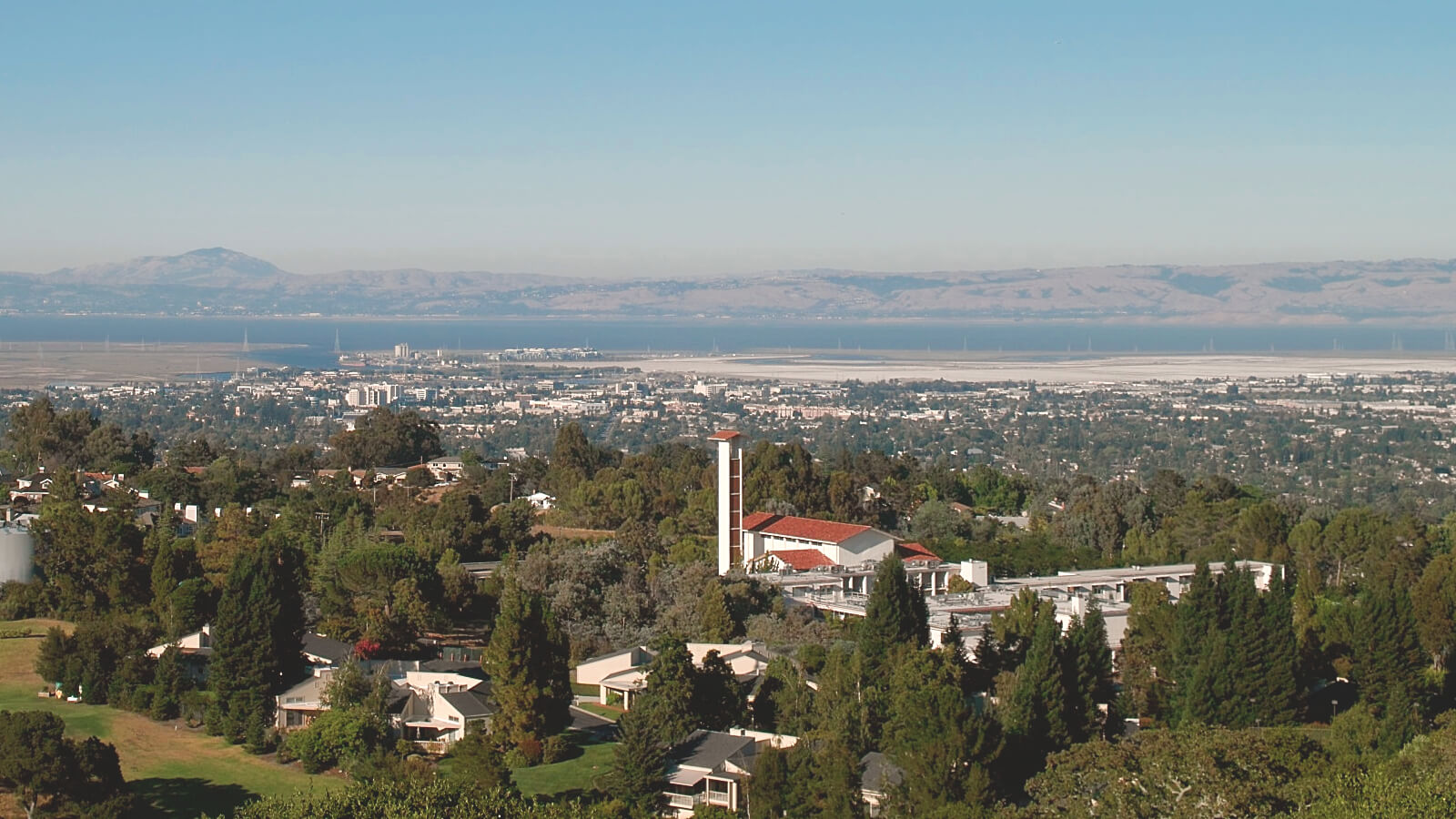 Cañada College is a public institution located in San Mateo, California, that offers day, evening, and weekend classes. The college is home to an award-winning STEM Center, which serves as a valuable resource for students seeking additional...

The professors on campus are some of the best you'll find at any community college and in many cases they're nationally rated. Well compensated for their time, professors here are there to stay, and they really care deeply for their students. It...

Foothill College is a public, 2-year institution established in Los Altos Hills, California. Foothill’s 122-acre main campus is joined by a satellite learning center located in Sunnyvale, which features its own cafe, group study area, and a miniature...

After going to De Anza College for a year and not enjoying myself at all, I decided to try Foothill College and it has been one of the greatest decisions I've made. Most of the teachers are professors and they are all very supportive, motivational... 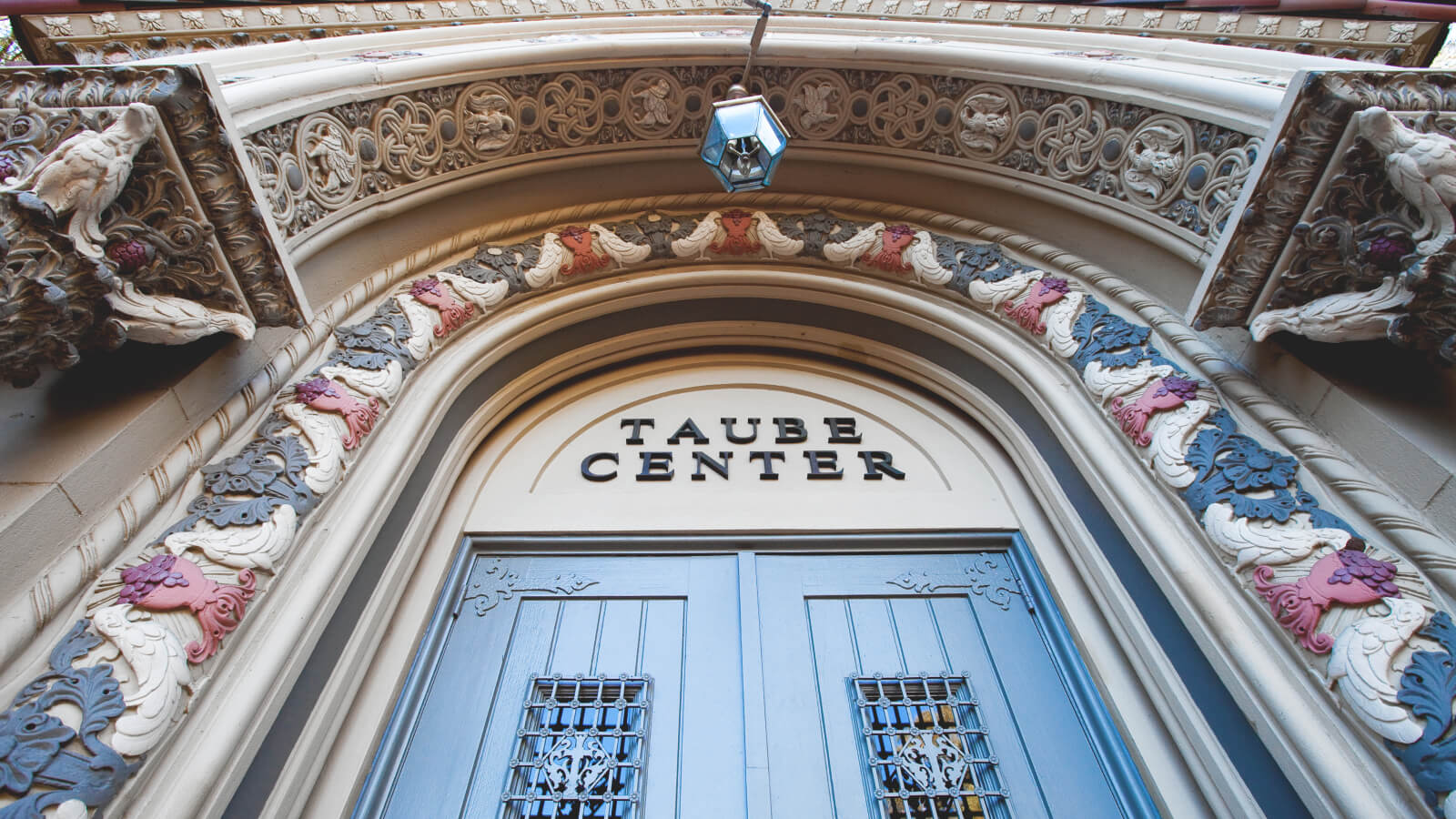 Founded by two nuns, Notre Dame de Namur University is a Catholic school in Silicon Valley and the third oldest college in California. NDNU is home to schools of Arts & Sciences, Business, and Education granting bachelor’s degrees in 15 areas of...

I enjoyed my stay in Belmont in July, and am looking forward to going to their holiday concert in December. The campus is small and the people are so welcoming, The counselor, Julie, is so humble and helpful. They offer an amazing tutoring program...

Mission College is a 2-year community college serving the West Valley district of Silicon Valley. Mission offers degrees and certificates in over 40 areas of study. Several classes are available online or as hybrids where online lectures are...

The professors organize the classes so that the students can easily understand the material. I love the hands on participation most of the professors incorporate into the classes.

Menlo College is a private, 4-year institution established in Atherton, California. Academics at Menlo are business-centric, focusing on economic studies and entrepreneurship. The campus features a new facility, the Innovation Center, which is home...

The education here is awesome. Since the school is kind of small, you get more one on one sessions with your teachers which then helps you out more because you get ask more questions, get the feedback you need right then &amp; there, &amp; if teachers are...

San Jose City college is the oldest 2-year community college in Santa Clara County, California. Featuring one of the highest transfer rates to 4-year institutions in the Bay Area, SJCC has entered into transfer admission agreements and guarantees...

The College of San Mateo is a public, 2-year institution established on a hillside, 153-acre campus nearby the San Francisco Bay. CSU offers over 70 career-related academic programs, as well as programs for transfer to California State University and...

Ohlone College is a 2-year community college in Silicon Valley that offers degrees and certificates in 197 areas of study. The college draws from a diverse population and its student body hails from 40 countries. One of Ohlone’s most unique academic...

Ohlone College offers a great deal of support for their students. They truly want each student to be successful. I would strongly recommend them to anyone else wanting to go to college.

Las Positas is a very caring College. They put their students first. They make sure they are in a very comfortable environment.

West Valley College is a 2-year community college at the southwest edge of Silicon Valley. WVC offers programs and certificates in 44 academic departments including an Unmanned Aircraft Systems program training students in aerial videography and...

Since West Valley has such a supportive and helpful staff, it is very easy for me to learn alot of new things so that I may get my degree faster and easier. It also helps me complete what I couldn't quite understand in high school.

Evergreen Valley College is a 2-year community college in the eastern foothills of San José. In addition to more than 40 major and 30+ certificate options, EVC also offers The Honors Institute, a series of classes dedicated to the pursuit of rigorous...

I am learning new subjects while reviewing old ones. I am able to understand better on some of the most difficult subjects, such as general physics and multivariable calculus.

Located at the south end of San Francisco Bay in Silicon Valley, Northwestern Polytechnic University is a private university. NPU confers bachelor’s and master’s degrees from its schools of business and engineering and its general education courses...

Palo Alto University is a private school of psychology and counseling. PAU offers two bachelor’s degree options in Business Psychology and Psychology and Social Action. Students complete their PAU degrees in two years and all programs are available...

Founded as an institute of transpersonal psychology, Sofia University is a for-profit college specializing in psychology and business studies. Sofia offers a bachelor’s degree program in Psychology as well as master’s degrees in Psychology, Business...

With campus a short distance from the San Francisco Bay, Unitek College-Fremont is a for-profit college of nursing in the Bay Area. Unitek Fremont is home to a 2-3 year Bachelor of Science in Nursing program as well as a 1-year Vocational Nursing...

Life Chiropractic College West is a chiropractic training school with a campus on the east side of the Bay Area. Life West confers a postgraduate Doctor of Chiropractic degree featuring training in 13 techniques and the program can be completed in 12...

A true community environment in which learning is an enjoyable process. The commitment is high for a minimum of 3 and half years but the time flies by and you have a career for life. I have never been at school that implemented so many of my...

Established as one of the first colleges of traditional Chinese medicine in the United States, Five Branches University is a school of acupuncture and Chinese medical arts with two campuses in Santa Cruz and San José. FBU offers a master’s degree and...

With a campus near San Francisco Bay and the Hayward Executive Airport, Unitek College-Hayward is a for-profit nursing school in northern California’s East Bay region. Unitek Hayward offers programs in Medical Assisting and Vocational Nursing. In...