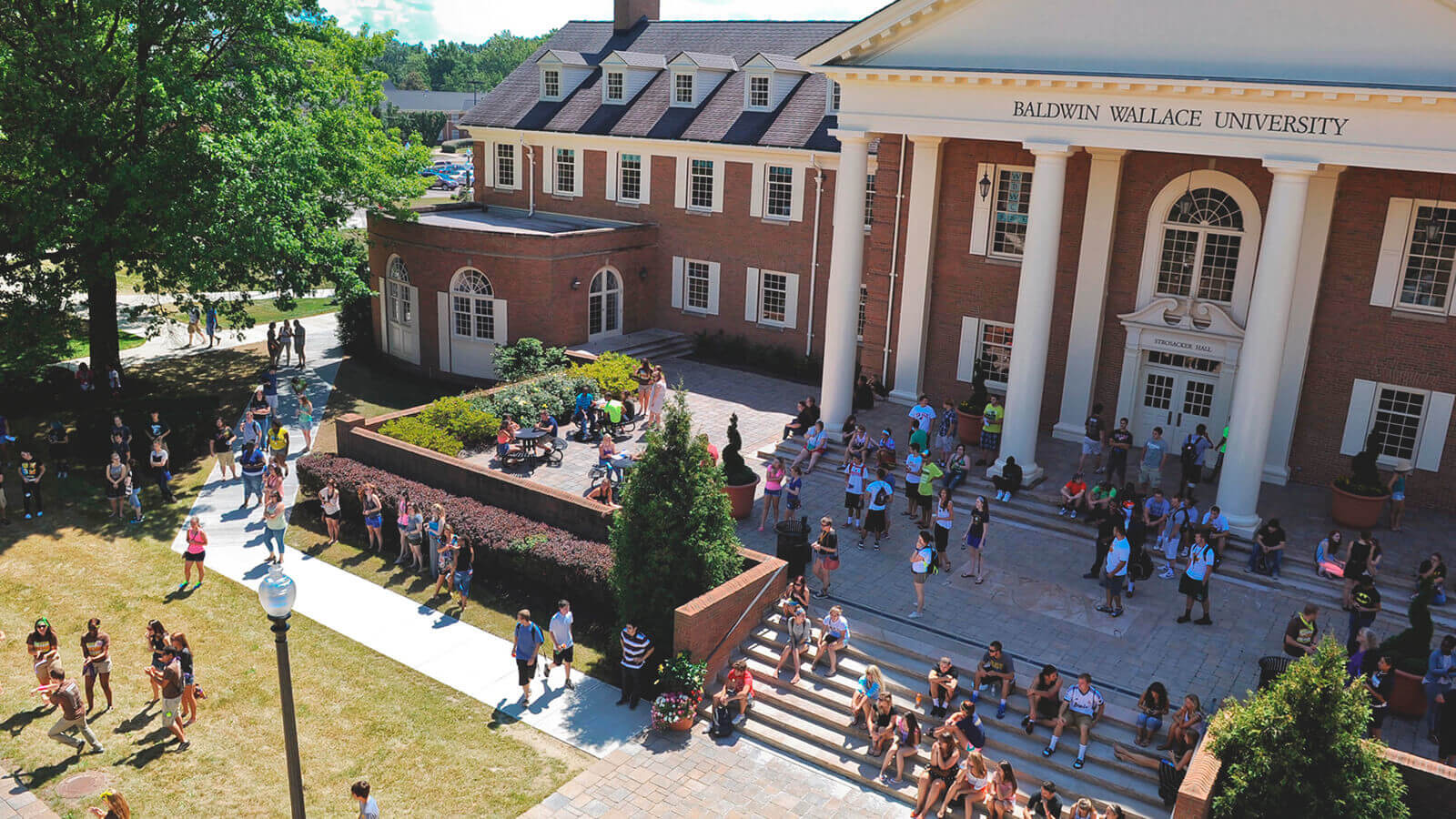 One of the nation’s first colleges to admit students of both genders and all races, Baldwin Wallace University is a liberal arts and sciences university in the Cleveland metro area. BWU is home to colleges of Business, Education, Arts & Sciences, and Health Sciences conferring over 80 undergraduate degrees. Additionally, BWU hosts a Conservatory of Music featuring musicians from the Cleveland Symphony Orchestra. Throughout the year, BWU upholds a number of annual campus traditions including April Reign competitions and the Baldwin Wallace Bach Festival, the oldest college Bach festival in the United States.

Students Borrowing Loans Loans to students - Any monies that must be repaid to the lending institution for which the student is the designated borrower. Includes all Title IV subsidized and unsubsidized loans and all institutionally- and privately-sponsored loans. Does not include PLUS and other loans made directly to parents.
96%
Average Loan Amount Per Year
$8,321
Average Debt at Graduation The median federal debt of undergraduate borrowers who graduated. This figure includes only federal loans; it excludes private student loans and Parent PLUS loans.
$24,845
Median Monthly Loan Payment The median monthly loan payment for student borrowers who completed, if it were repaid over 10 years at a 5.05% interest rate.
$258
More Financial Info

3.79 Average Rating
Baldwin Wallace University is located in Berea,Ohio which is about twenty miles from Cleveland. The campus is just the right size with plenty of activities to keep any student active. The university staff is accessible, professional and friendly.
Basem Fort Washington, MD
Baldwin-Wallace College is great place to be. The institution is warm and welcoming; it feels like every student and faculty member are apart of your family. Aside from the humble atmosphere, BW offers many community service, internship, and job opportunities to help its student be the best they can be.
Courtney from Cleveland Heights, OH
END_OF_DOCUMENT_TOKEN_TO_BE_REPLACED