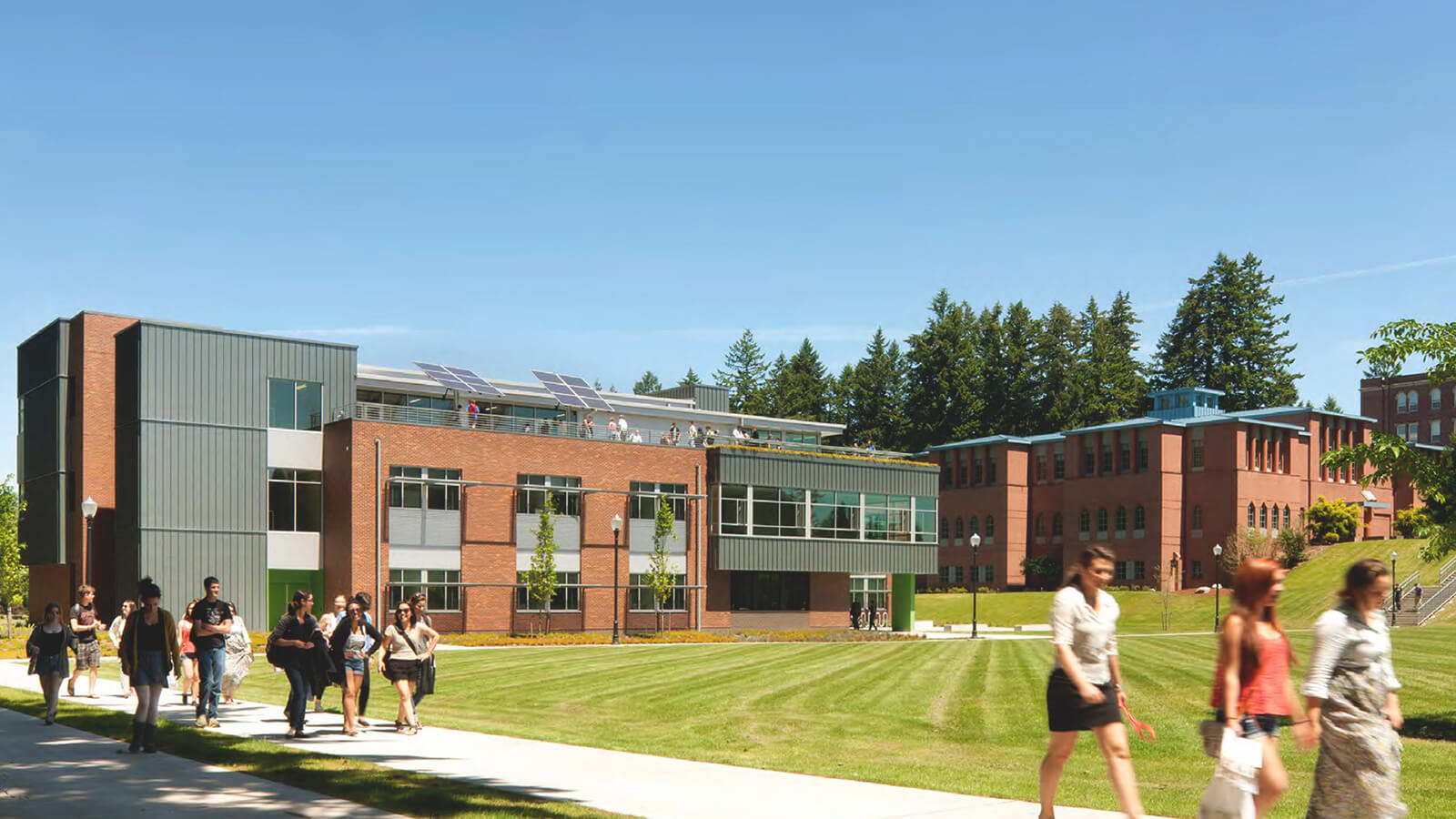 Originally founded in 1895 by monks of the Roman Catholic Order of Saint Benedict, Saint Martin’s University is a Benedictine school in northwest Washington state. The only Benedictine university west of the Rocky Mountains, Saint Martin’s confers bachelor’s degrees in 29 academic majors. As a Catholic institution, Saint Martin’s celebrates student-led mass twice per week and encourages students to attend daily mass held by the monastic community at Saint Martin’s Abbey. For a break from campus life, Saint Martin’s hosts the Saints Outdoor Adventure Recreation (SOAR) program which sponsors numerous trips for outdoor activities such as skiing and snowboarding.

Students Borrowing Loans Loans to students - Any monies that must be repaid to the lending institution for which the student is the designated borrower. Includes all Title IV subsidized and unsubsidized loans and all institutionally- and privately-sponsored loans. Does not include PLUS and other loans made directly to parents.
59%
Average Loan Amount Per Year
$7,135
Average Debt at Graduation The median federal debt of undergraduate borrowers who graduated. This figure includes only federal loans; it excludes private student loans and Parent PLUS loans.
$26,000
Median Monthly Loan Payment The median monthly loan payment for student borrowers who completed, if it were repaid over 10 years at a 5.05% interest rate.
$249
More Financial Info

3.79 Average Rating
Saint Martin's is a very peaceful, beautiful campus. It has a welcoming environment with great staff. A campus I recommend to others.
Samuel from Granger, WA
Busy, Intense, cheap
Antoinette from Aberdeen, WA
SMU is a small, liberal arts university with dynamic, enthusiastic and talented faculty. It's a fun and welcoming community that is easy to join. There are many opportunities to join clubs and get involved on campus.
Anonymous
Saint Martin's University has a positive and interactive atmosphere. it provides great education with a variety of major and grad programs. It is a campus where I feel comfortable and where I am also fully supported my professors.
Kelseyy from Lacey , WA
END_OF_DOCUMENT_TOKEN_TO_BE_REPLACED