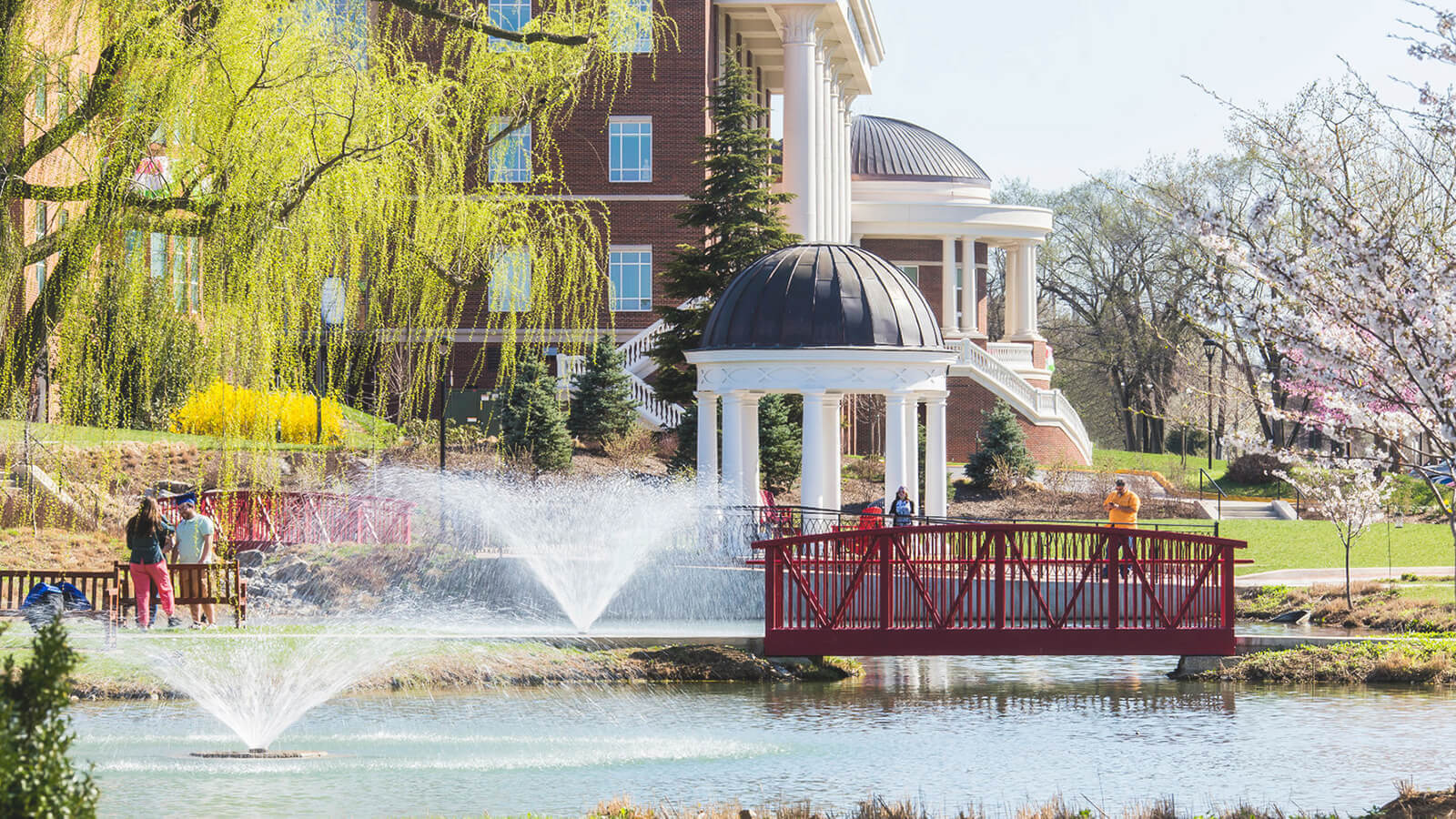 Shenandoah University is a 4-year, private institution affiliated with the United Methodist Church located in Winchester, Virginia. Founded in 1875, Shenandoah has grown to include six locations throughout the Valley it was named after, offering students opportunities close to Washington, DC, and Baltimore, Maryland. The university features more than 200 areas of study through seven different schools, as well as accelerated degree options, an Early Assurance Pathway for students in the Pre-Health programs, and an Honors College. The Shenandoah Conservatory mounts over 400 theatre, music, and dance performances each year, while athletes can join one of the 21 NCAA Division III teams, which compete in the ODAC conference. On campus, Shenandoah sponsors a number of outdoor recreational activities in the Valley, which include cave exploration and whitewater rafting. For students interested in venturing off school property, Shenandoah maintains a number of study abroad options, such as the Global Citizenship Project that sends students to one of five secret locations across the world.

Students Borrowing Loans Loans to students - Any monies that must be repaid to the lending institution for which the student is the designated borrower. Includes all Title IV subsidized and unsubsidized loans and all institutionally- and privately-sponsored loans. Does not include PLUS and other loans made directly to parents.
75%
Average Loan Amount Per Year
$8,911
Average Debt at Graduation The median federal debt of undergraduate borrowers who graduated. This figure includes only federal loans; it excludes private student loans and Parent PLUS loans.
$20,500
Median Monthly Loan Payment The median monthly loan payment for student borrowers who completed, if it were repaid over 10 years at a 5.05% interest rate.
$233
More Financial Info

3.31 Average Rating
Shenandoah is a place where anyone can come and be free to be their true self; there is no pressure to fall into a clique. The people there genuinely want to see you succeed and grow as a person. Shenandoah is a small campus, but the impact and involvement the university has on the city of Winchester is amazing.
Regine' from Woodbridge, VA
END_OF_DOCUMENT_TOKEN_TO_BE_REPLACED