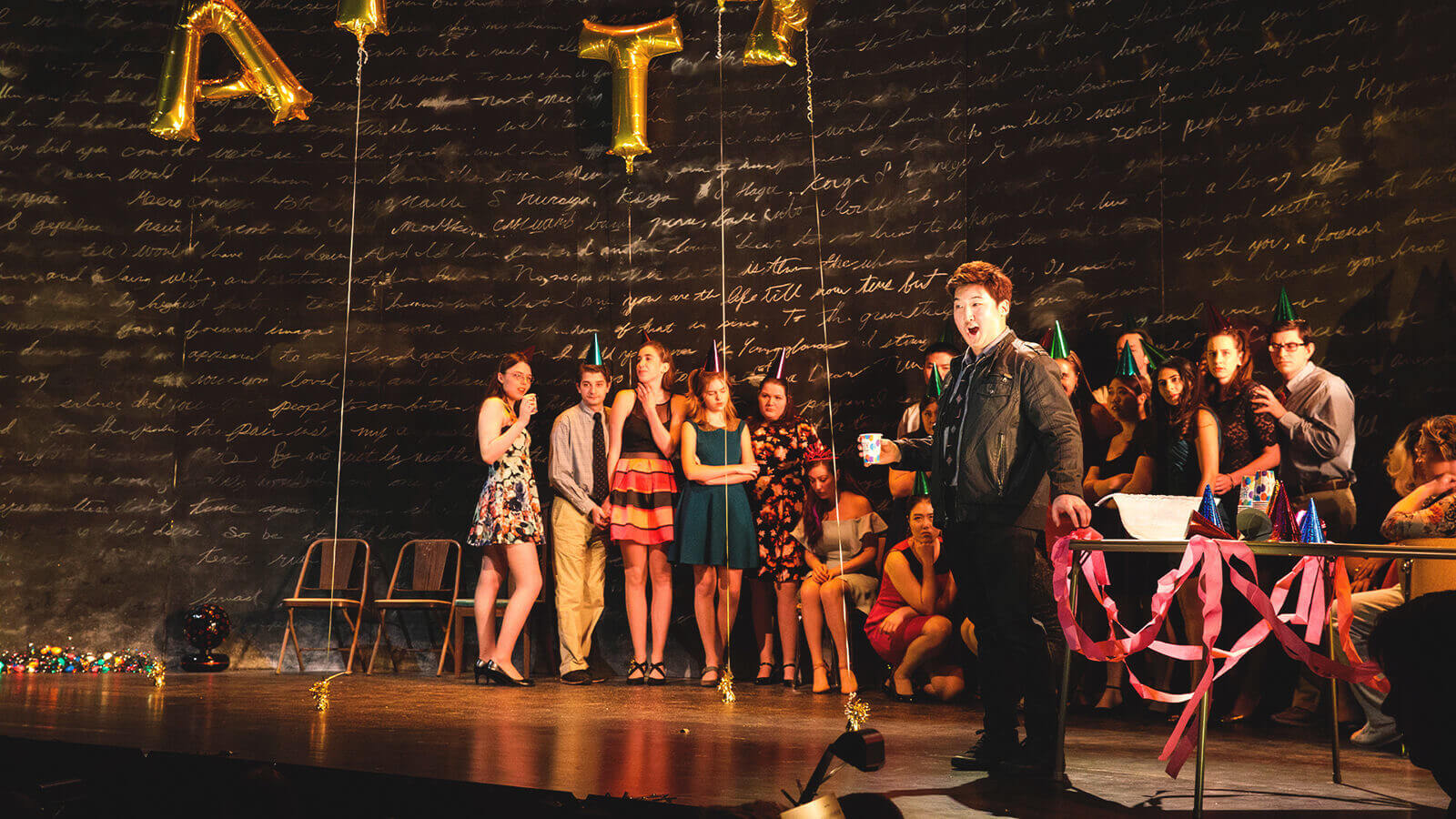 The New School's School of Drama

Originally founded as the Dramatic Workshop, The New School’s School of Drama is a college of theater and performing arts in New York CIty. The School of Drama hosts a Bachelor of Fine Arts program in Dramatic Arts featuring a series of core classes in acting, directing, playwriting, and creative technologies. Furthermore, The New School recruits its Drama faculty from a roster of professional actors, producers, directors, and playwrights. In addition to collaborative partnerships with NYC theatrical companies, the School of Drama hosts a Creative Café as a space for student self-directed performance and theatrical projects.

Students Borrowing Loans Loans to students - Any monies that must be repaid to the lending institution for which the student is the designated borrower. Includes all Title IV subsidized and unsubsidized loans and all institutionally- and privately-sponsored loans. Does not include PLUS and other loans made directly to parents.
42%
Average Loan Amount Per Year
$8,859
Average Debt at Graduation The median federal debt of undergraduate borrowers who graduated. This figure includes only federal loans; it excludes private student loans and Parent PLUS loans.
$23,872
Median Monthly Loan Payment The median monthly loan payment for student borrowers who completed, if it were repaid over 10 years at a 5.05% interest rate.
$247
More Financial Info

4.83 Average Rating
I have never met a more empathetic school. If you want to become an artist with passion professors wanting you to succeed in your future this is the school for you!
Julia from New York, NY
END_OF_DOCUMENT_TOKEN_TO_BE_REPLACED