Ancient Near Eastern and Biblical Languages, Literatures, and Linguistics

A program that focuses on one or more of the extinct Semitic and/or Non-Semitic languages spoken in the ancient Near East, including those used to write historical Jewish and Christian religious texts. These languages include, but are not limited to, Egyptian/Coptic, Sumerian, Akkadian, Babylonian, Assyrian, Aramaic, Cannanite, Phonecian, Samarian, Ugaritic, Syriac, Mandean, Hattic, Elamite, Hurrian, Hittite, Urartian, Lydian, Luwian, Lycian, Palaic, Sabaean/South Arabian, and other associated languages. Includes instruction in philology, epigraphy, papyrology, numismatics, and textual studies.

Save to list
University of Washington-Seattle Campus
Seattle, WA 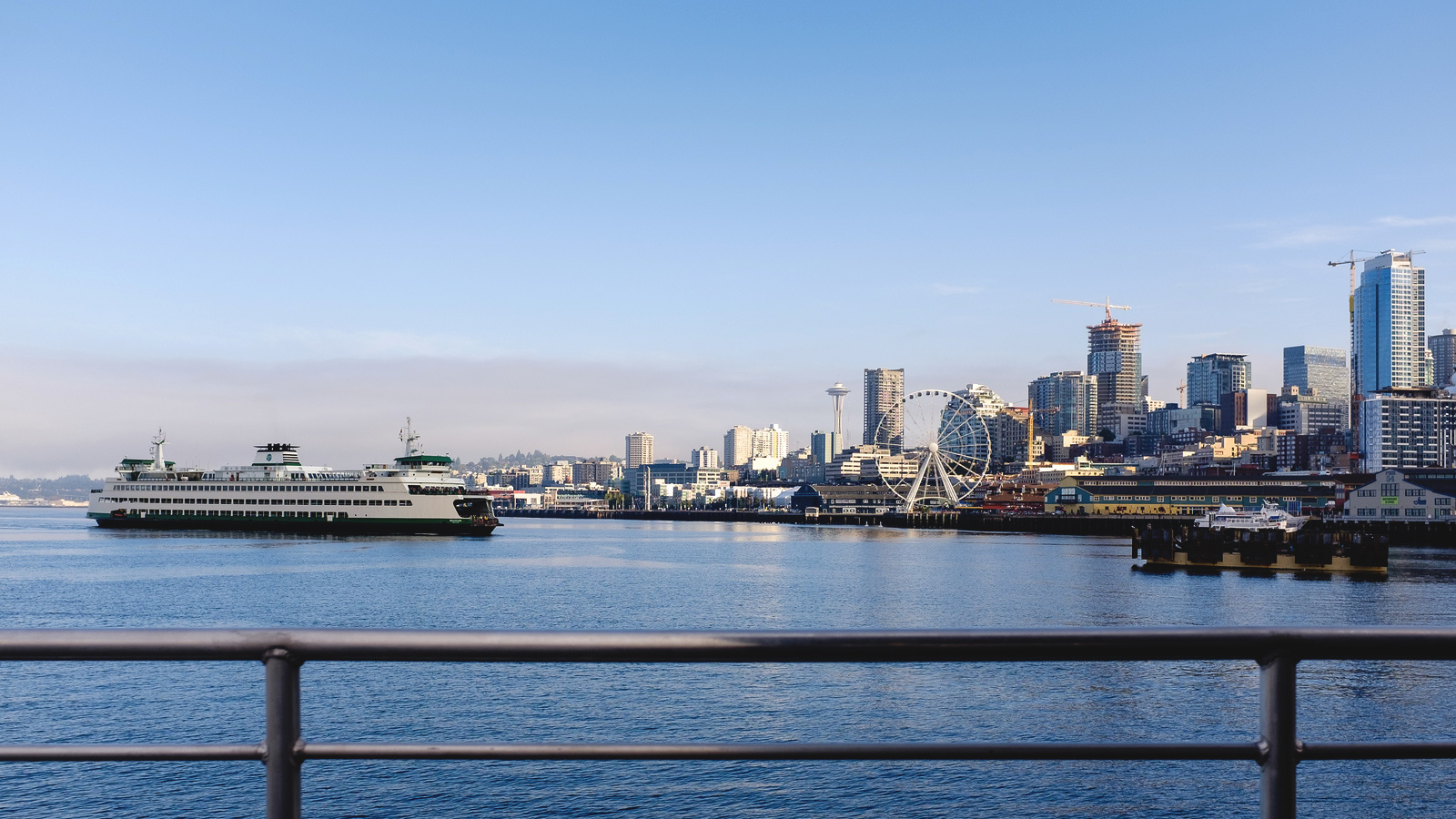 The University of Washington is a selective institution located in Seattle, WA, with two satellite campuses in Bothell and Tacoma. At this Public Ivy, sustainability is a major focus and the school has made The Princeton Review Green College Honor...

If you can get past the large number of students in your lower-level classes, learning will not be a problem. Professors, TAs and study centers are generally very kind and willing to help you out. If you seek help, you will get it. 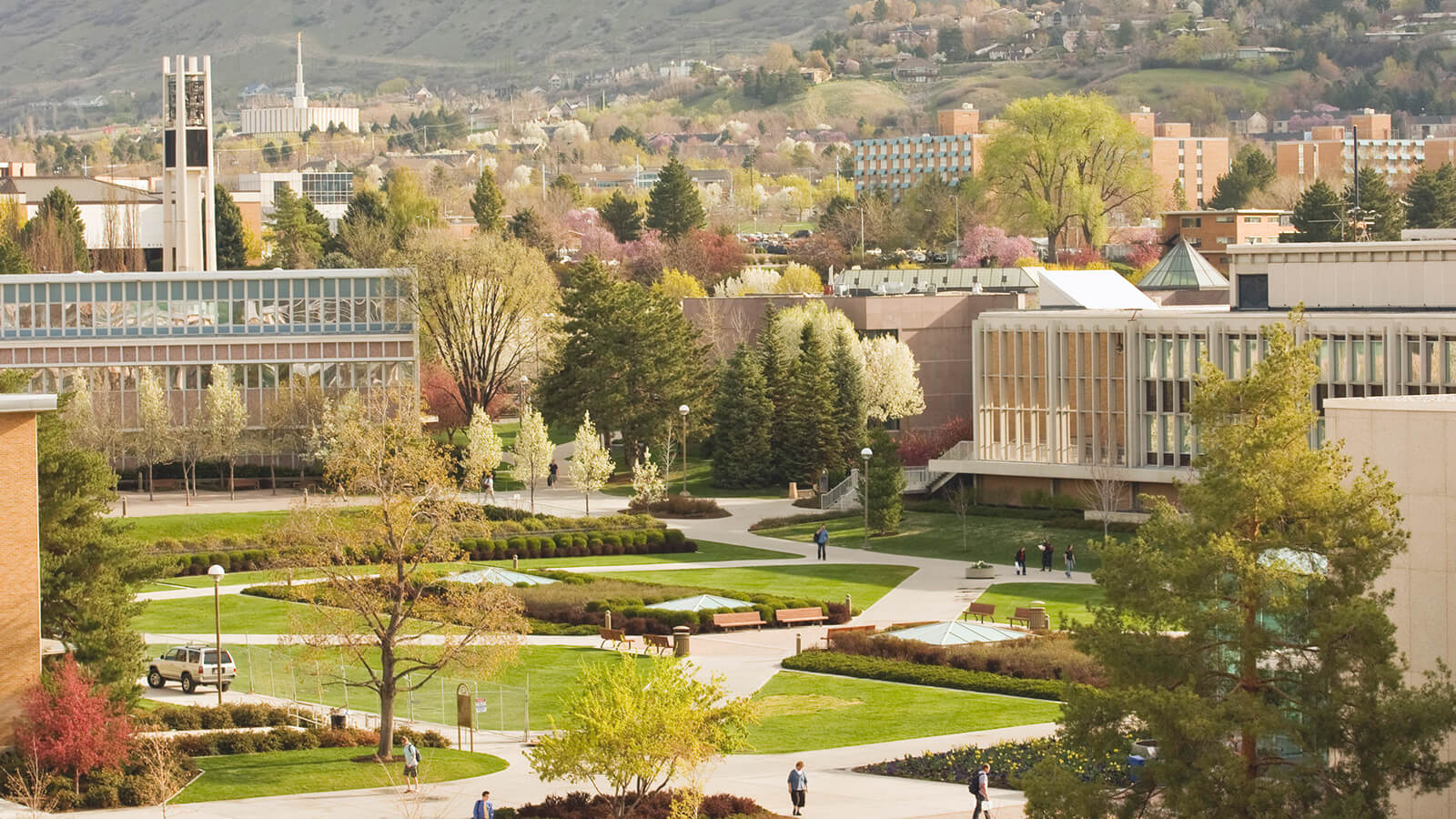 Brigham Young University-Provo is a private research institution located in Provo, Utah, and founded by the Church of Jesus Christ of Latter-day Saints. BYU offers study abroad programs through their satellite campuses in more than 20 sites...

All of the professors are experts in their fields, and are willing to go the extra mile to help make sure you learn what you want to. 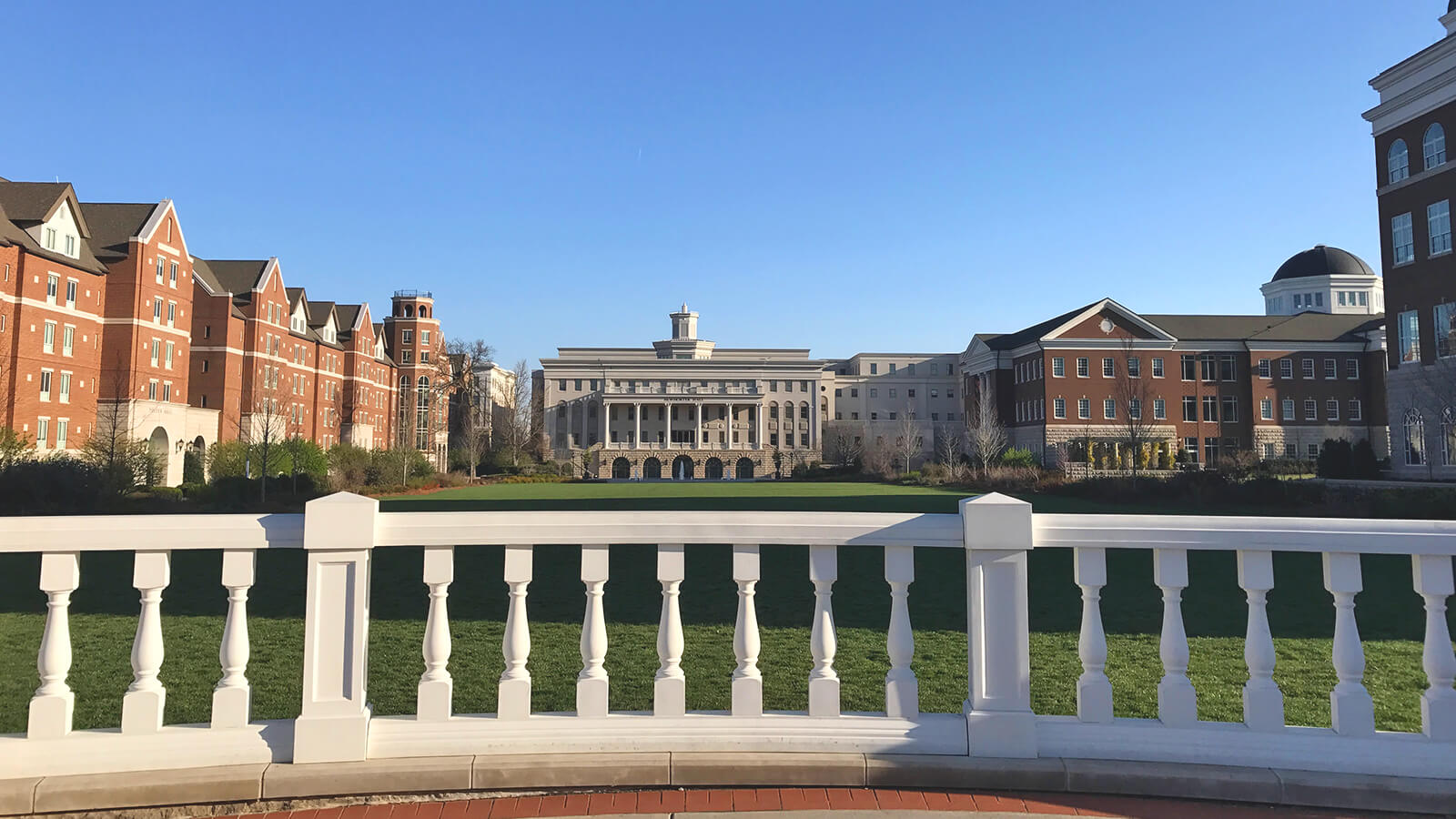 Belmont University is a 4-year liberal arts institution in Nashville and the largest ecumenical Christian university in the United States. Belmont is home to 10 colleges and schools conferring undergraduate degrees in more than 90 fields of study...

The tour I was given at the Nursing building was phenomenal. My advisor was helpful in every way possible and fully capable of answering all my questions and concerns. At Belmont, the class sizes are smaller so the student feels comfortable and can... 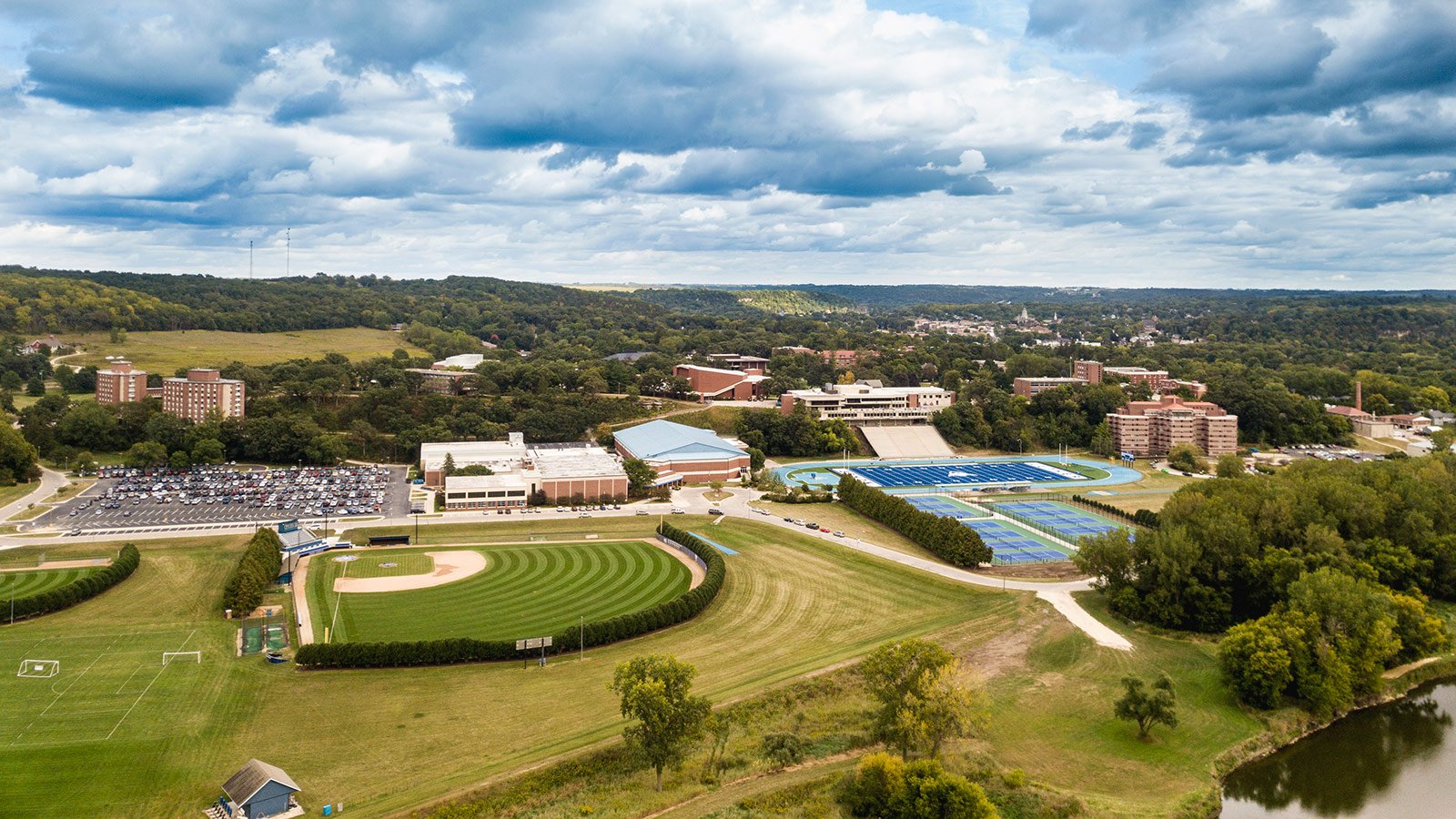 Almost every department takes pride and enjoyment in teaching students everything they came to learn as well as a good deal they did not sign up for. Most students are pleasantly surprised by the faculty's desire and success in challenging what we... 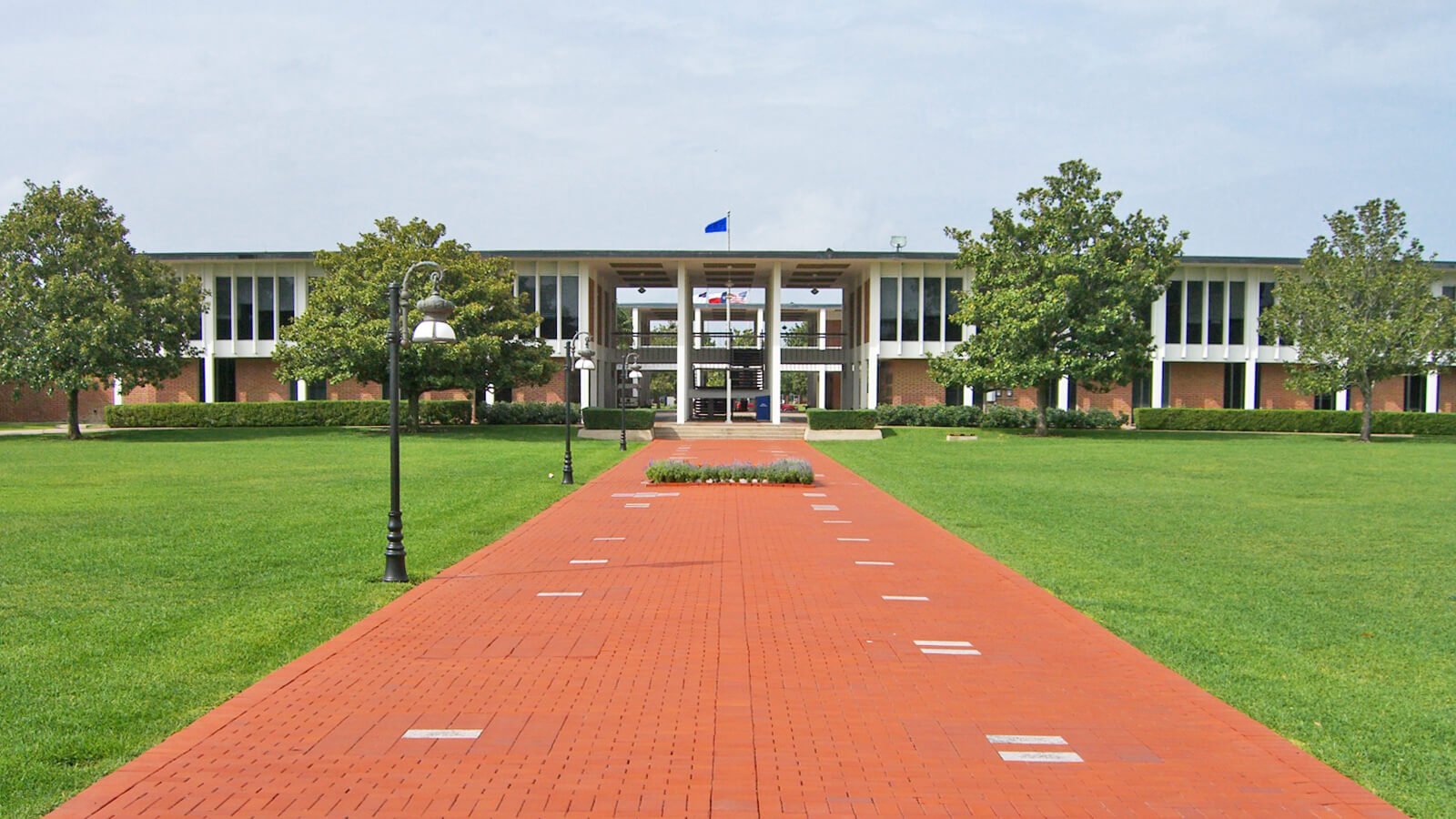 Houston Christian University is a 4-year institution located on 100 acres of land just outside of its namesake town in Texas. The university promotes academic, spiritual, and academic excellence centered around their central confession “Jesus Christ...

HBU has a lot to offer and has a very well rounded academic selection. 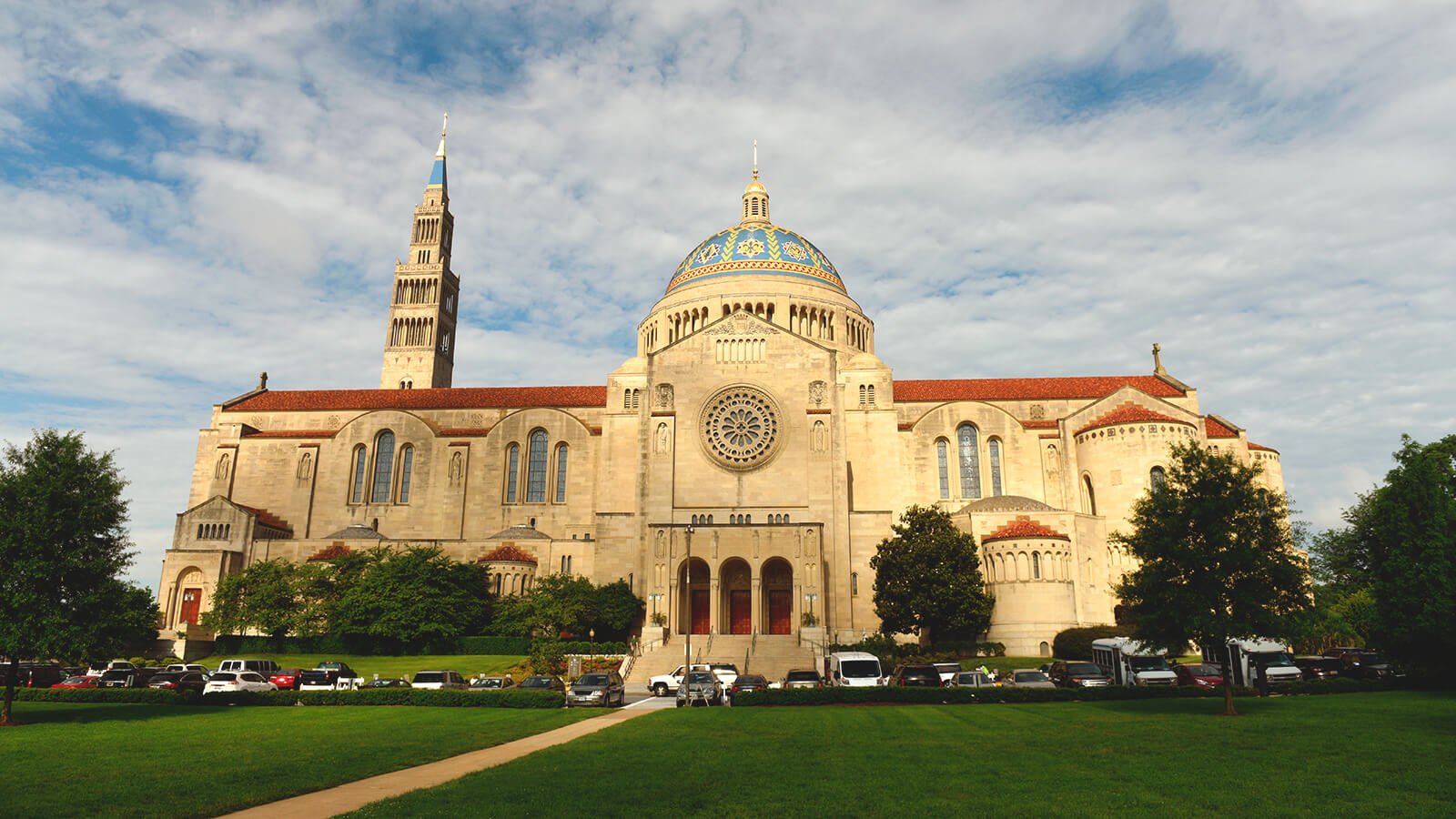 The Catholic University of America is in a vibrant international metropolis that offers everything. It is a warm and inviting environment that cares deeply about the intellectual, emotional, spiritual,and physical well-being of each student. The... 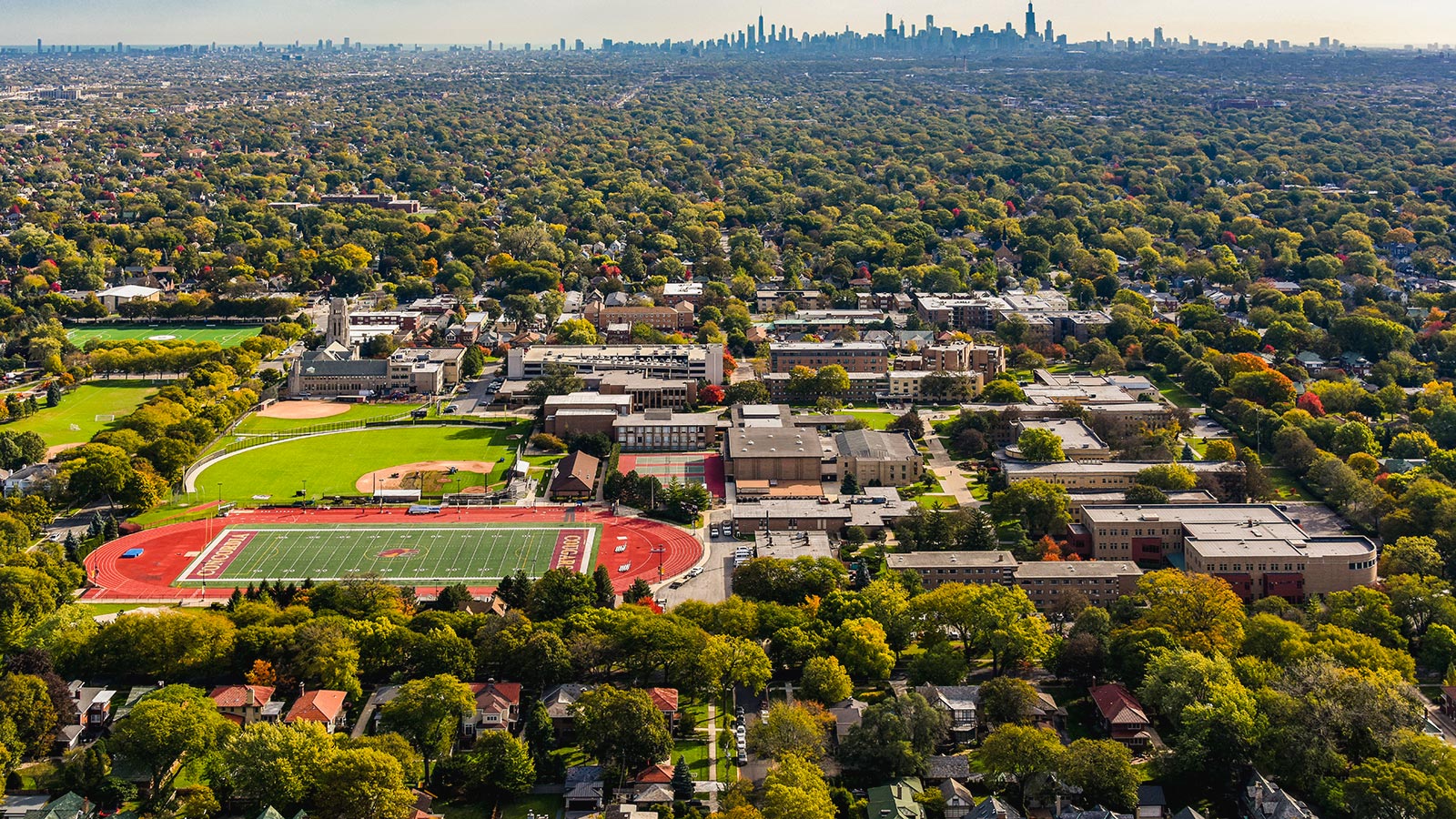 Concordia University Chicago is a private liberal arts institution based in River Forest, Illinois, with selective admissions. It is affiliated with the Lutheran Church-Missouri Synod and provides a curriculum focused on Jesus Christ. Popular fields...

This college had provided me with the opportunity to take classes that no matter what the subject I learn a lot. My general courses and my specified classes are all very informational for life itself. The professors know how to relate life to the... 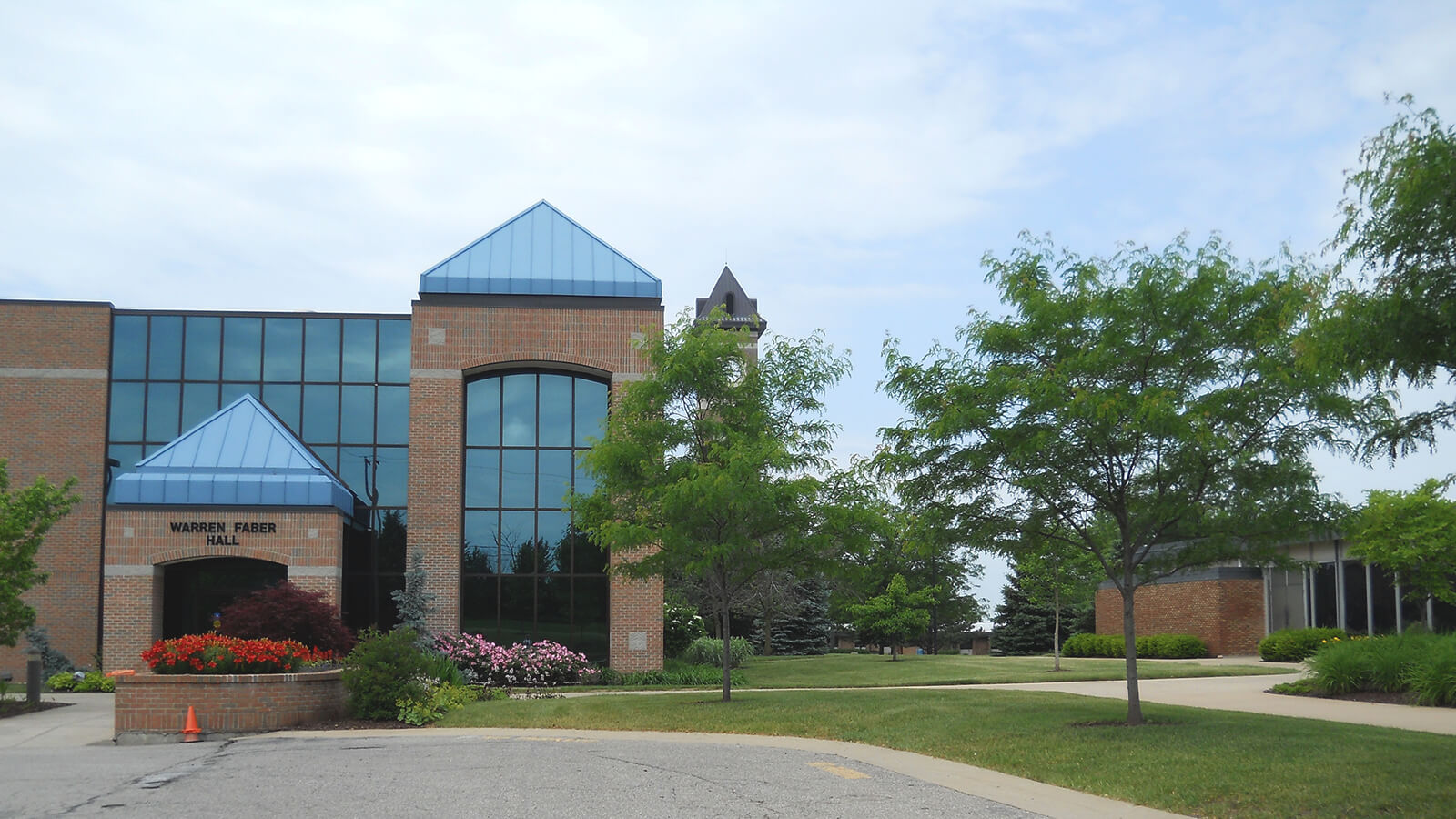 Cornerstone University is a private, Christ-centered institution established in Grand Rapids, Michigan. Life on campus is rooted in the college’s Cornerstone Virtue Project, which guides students in the exploration of virtue throughout chapel...

I am a new Christian and I wanted to learn how to practice Christian views in a growing secular culture. In classes, I love that the teachers care about their students and integrate Christ into little lessons like grammar review. It makes class time... 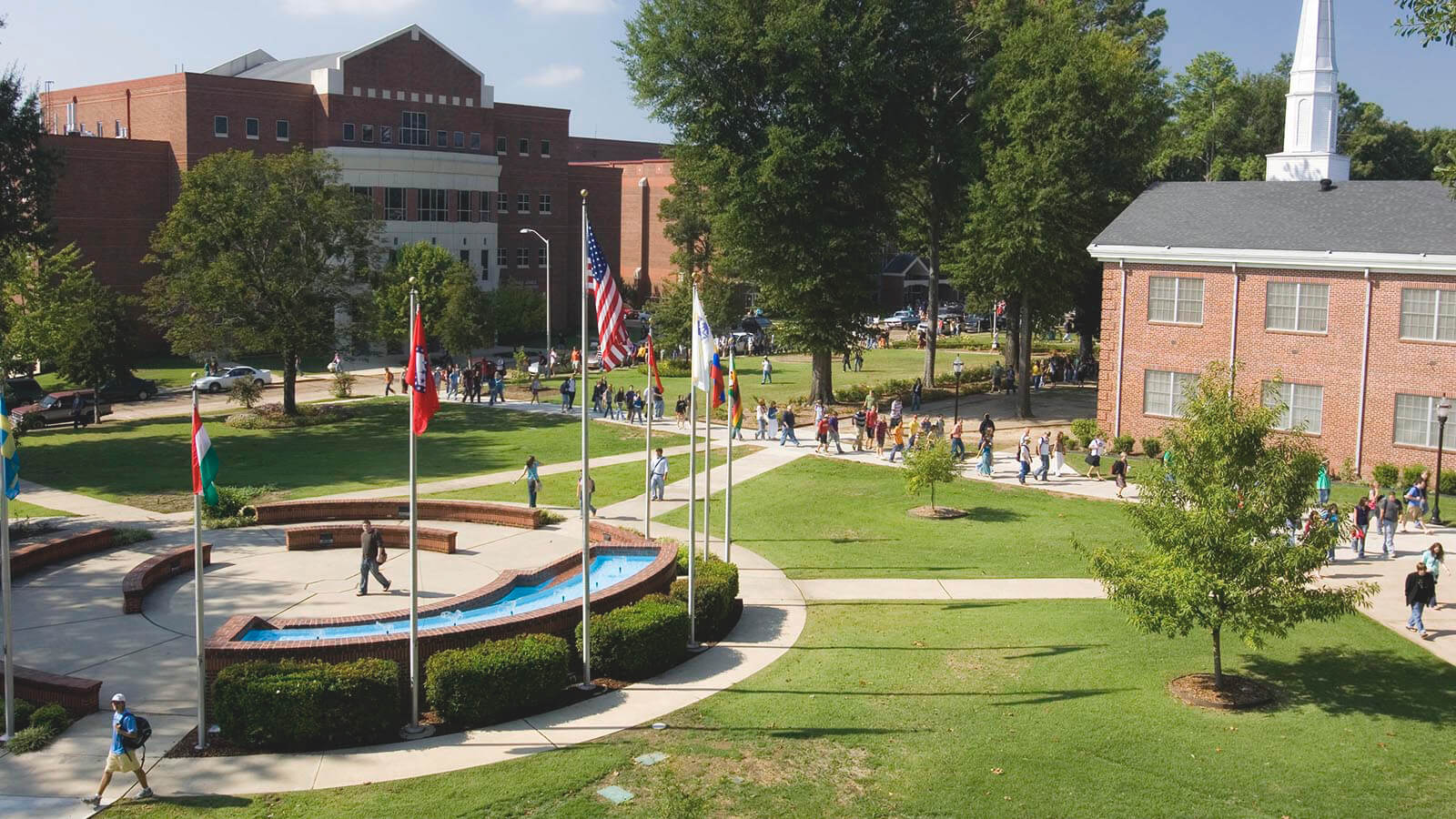 Ouachita Baptist University is a private, Christian, liberal arts college established in Arkadelphia, Arkansas. OBU students are required to complete two classes in religion and seven credits of chapel throughout their academic career in order to...

The professors at Ouachita are incredible. They are brilliant in their subjects and have a passion for teaching! 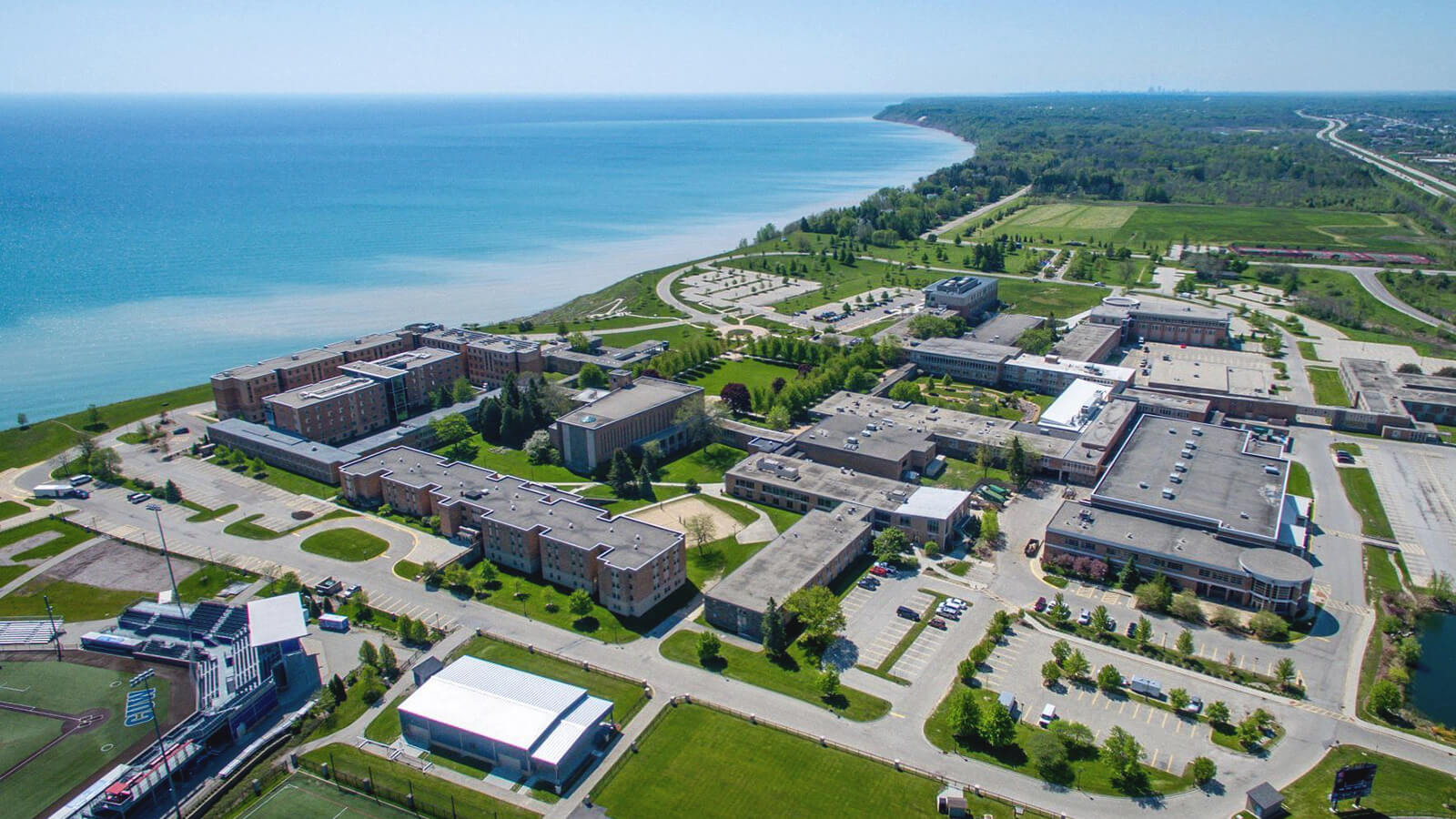 Concordia University Wisconsin is a welcoming community where everyone is known by name.  You have many choices at Concordia from playing on an athletic team, participating in clubs, pursuing a major that helps you achieve your academic goals, and...

I am studying occupational therapy and could not be more pleased with the academic portion of my Concordia experience. I was able to begin taking classes related to my major in my freshman year, instead of having to finish a lot of prerequisites... 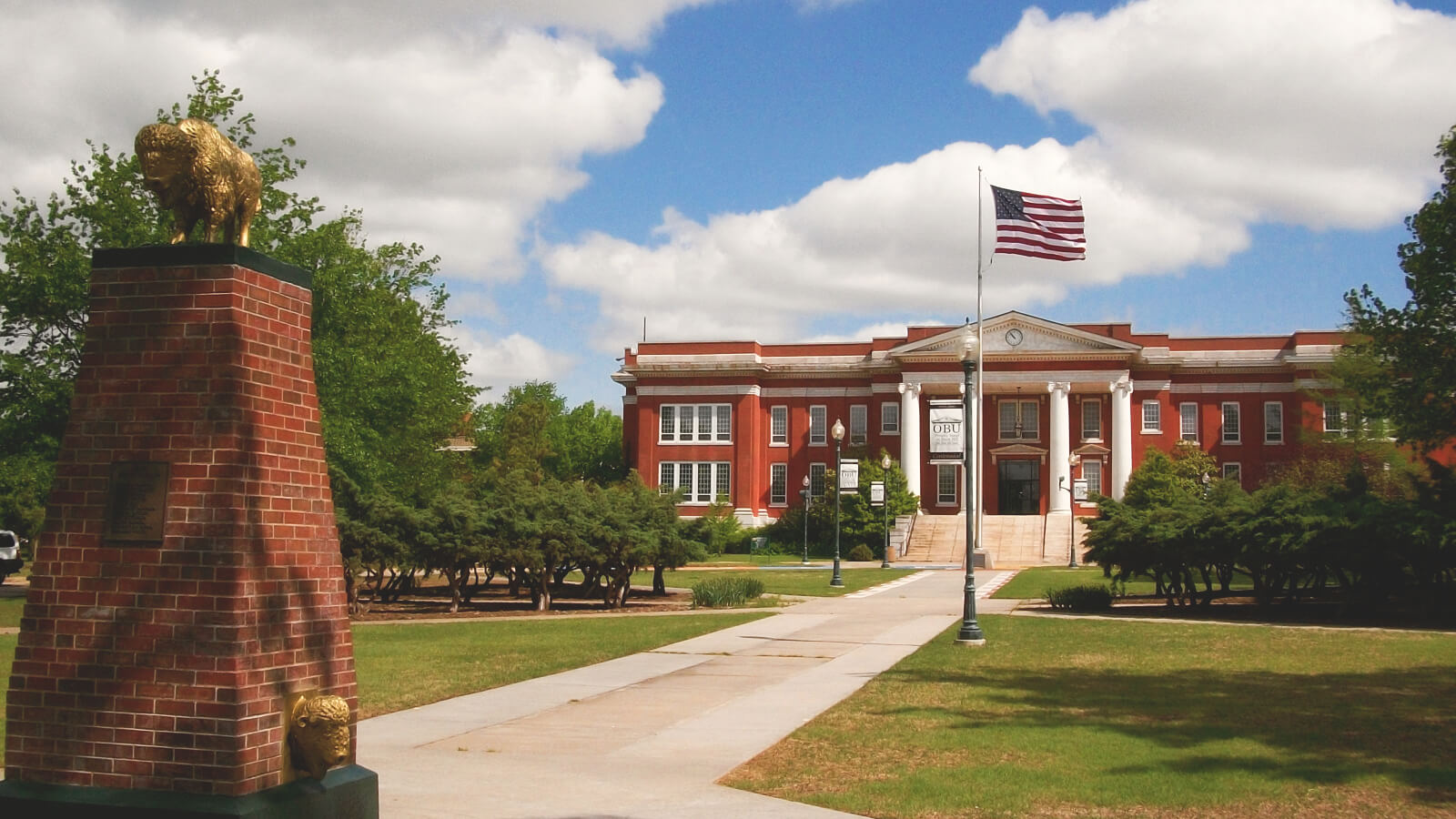 Founded in 1910 by The Baptist General Convention of Oklahoma, Oklahoma Baptist University is a Christian liberal arts college in the Oklahoma City metro area. OBU grants 10 bachelor’s degrees in 88 areas of study informed by a Christian worldview...

I am a Piano Performance Major with and emphasis on Pedagogy. I have wanted to continue learning and developing my music talents and I have found that it is so easy to do that here at OBU. The classes are amazing! The core classes, classes specific...

Geneva College is a Christ-centered institution founded on the traditions of the Reformed Christian faith with a “selective” admissions process. The liberal arts college is based in Beaver Falls, Pennsylvania, and operates a second campus in...

The professors are all so nice and caring. They are very easy to get to know personally, thanks to small class size.

Columbia International University is a private 4-year Christian college in South Carolina’s state capital. CIU offers 24 undergraduate, graduate, and seminary academic programs, all of which are founded on a biblical worldview. As a Christian...

Columbia International University is a very diverse and highly valued college. The staff,faculty, and students are all part of what makes the school so compelling . The school is focused on give each student an education that will allow them to Know...

Walla Walla University is a private institution founded in 1892 and is founded on Christian teachings and values of the Seventh-day Adventist Church. Walla Walla is rated as having a “selective” admissions process and orchestrates an honors program...

Great atmosphere, lots of friendliness to go around. Beautiful campus, even if they have weird weather. Great academics, however much people like to complain. Homework is required at all colleges. 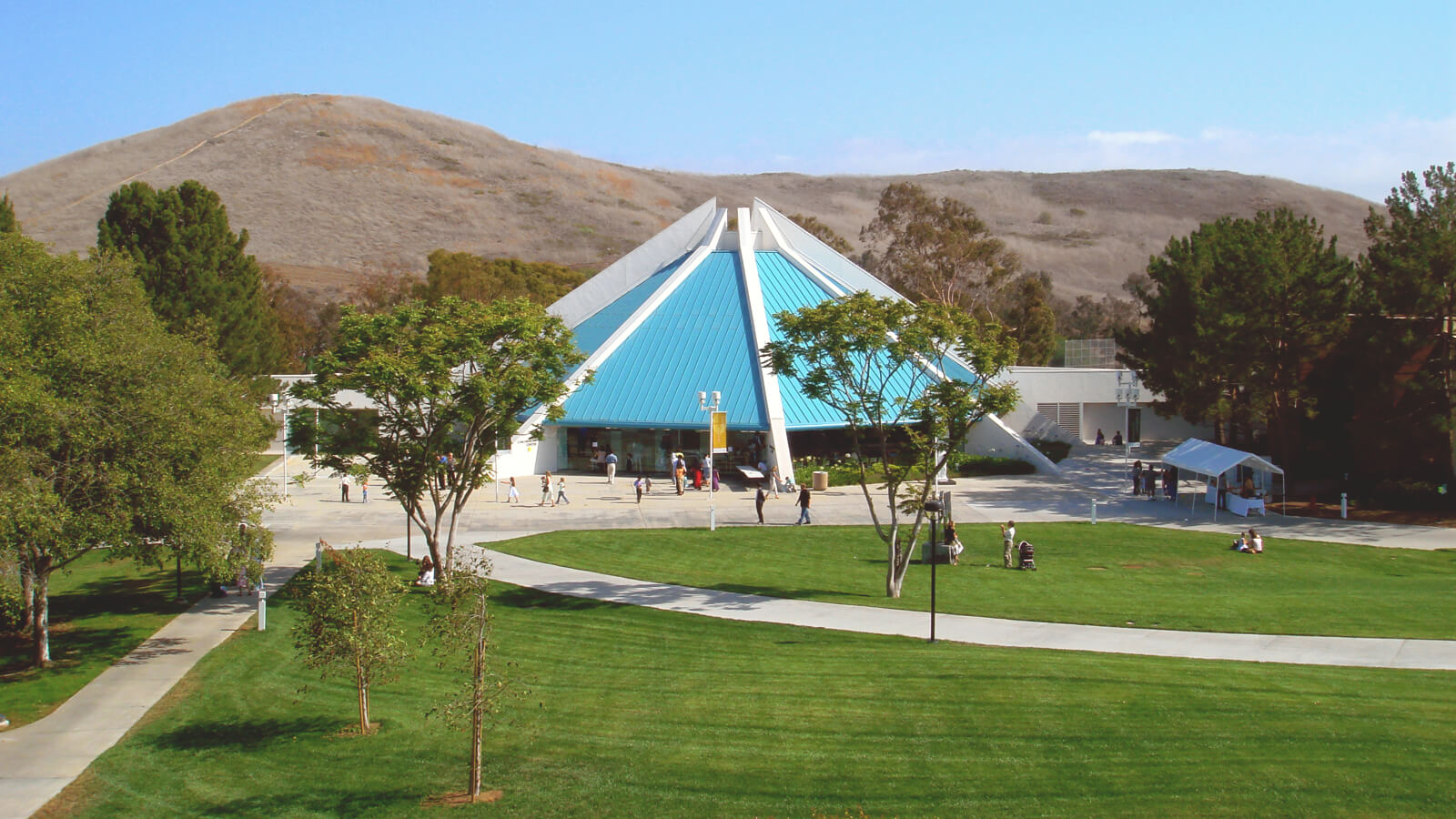 Affiliated with the Lutheran Church-Missouri Synod, Concordia University Irvine is a school of liberal arts in southern California. CUI is home to five colleges and schools granting undergraduate degrees in 26 academic majors and 50 specializations...

The ratio of student to Professor at Concordia is about 15:1. This means that each student receives personal attention. The Professors and other faculty really get to know each student. When it comes time to ask for a Professors Recommendation Letter... 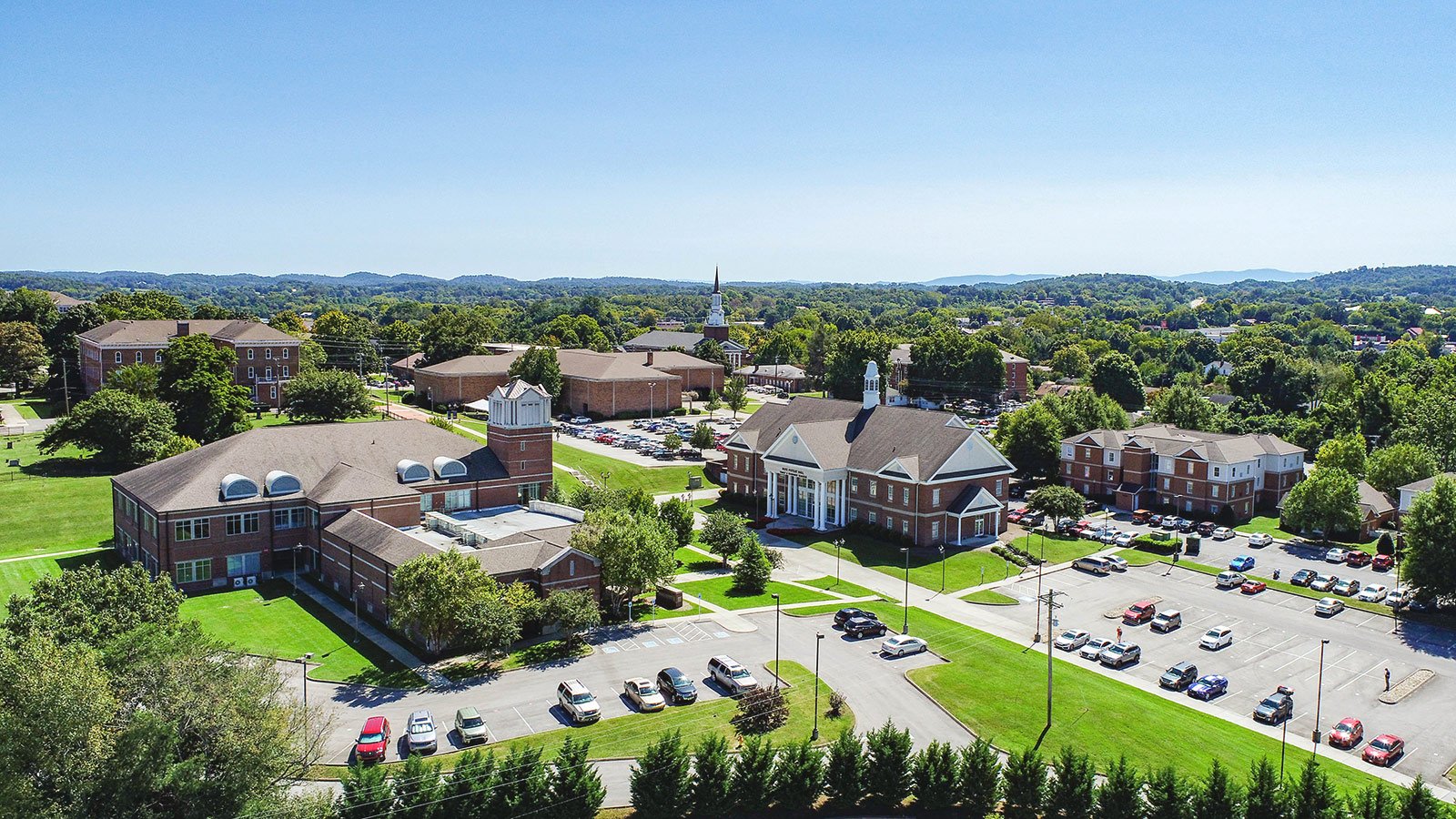 Founded in 1851, Carson-Newman University is a liberal arts institution associated with the Tennessee Baptist Convention and located in Jefferson City, Tennessee. Carson-Newman runs the Bonner Center, which promotes justice, social change, and faith...

I am learning so much at Carson-Newman College. The professors are wonderful and really strive for excellence within their classrooms. They really care about their students and how well they perform in the classroom. They take the time to get to know...

Howard Payne University was founded in 1889 by the Baptist General Convention of Texas. The school has a main campus in Brownwood, TX, and maintains two academic institutes, The New Braunfels Center and El Paso Center. The college provides free...

The teachers are really interested in their students and want to help! 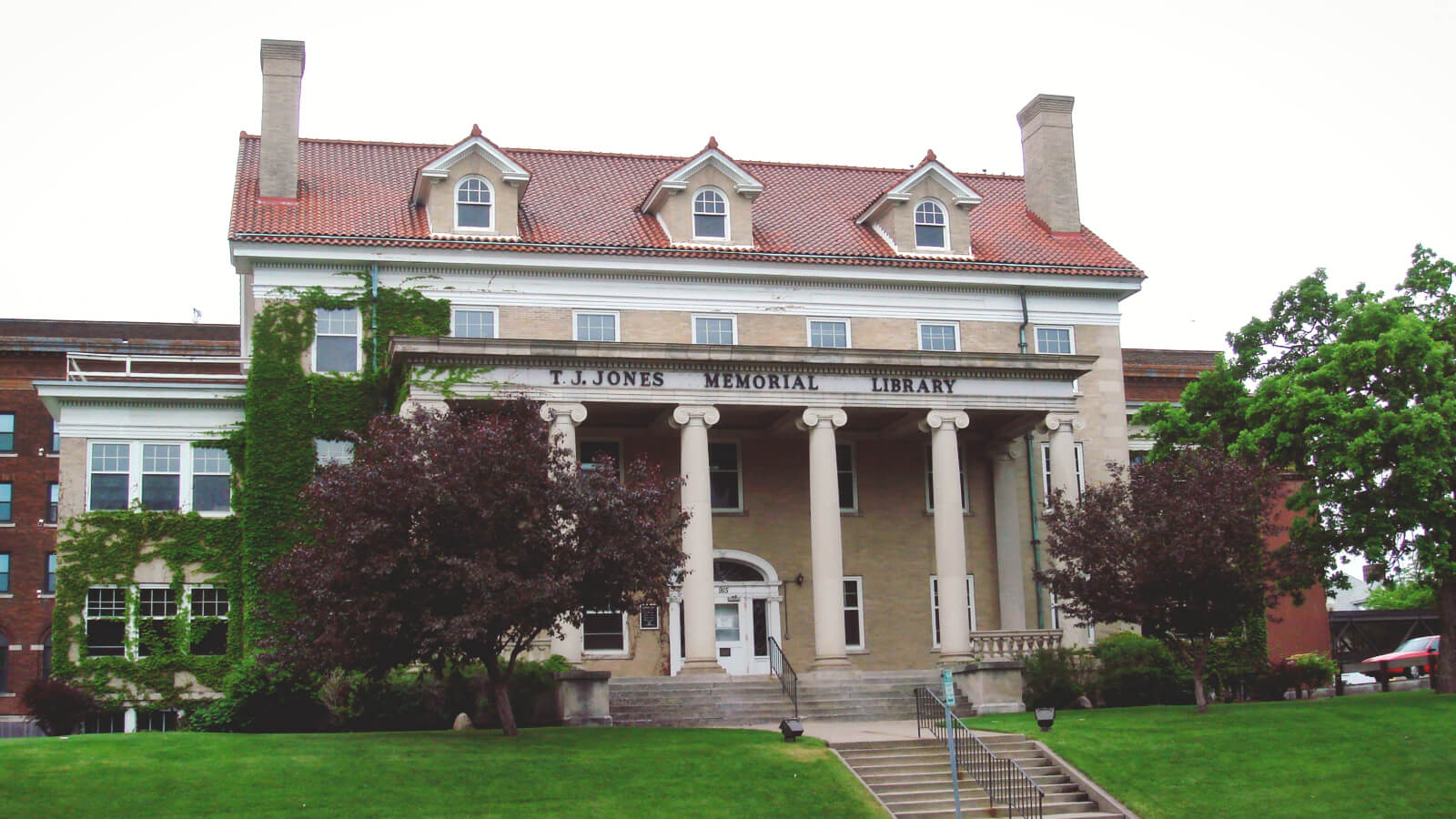 North Central University is a private, Christ-centered institution established in Minneapolis, Minnesota. Students enrolled at NCU are required to attend weekly chapel. The college features a unique core curriculum plan, which involves both a...

The classes at North Central are great and well worth the money paid for them. Most of them cover subject matter that will relate to everyday life. Professors are caring and willing to help whenever a student needs it.

Concordia University in Ann Arbor is a Christian, liberal arts institution in the state of Michigan. CU-Ann Arbor encourages students to live uncommon lives for the betterment of themselves and their community, advocating for both student service and...

In the small classes at Concordia every student receives the specialized attention they require. The professors truly care about each of their students. I am in the education program and each of the professors I have for these courses is personally... 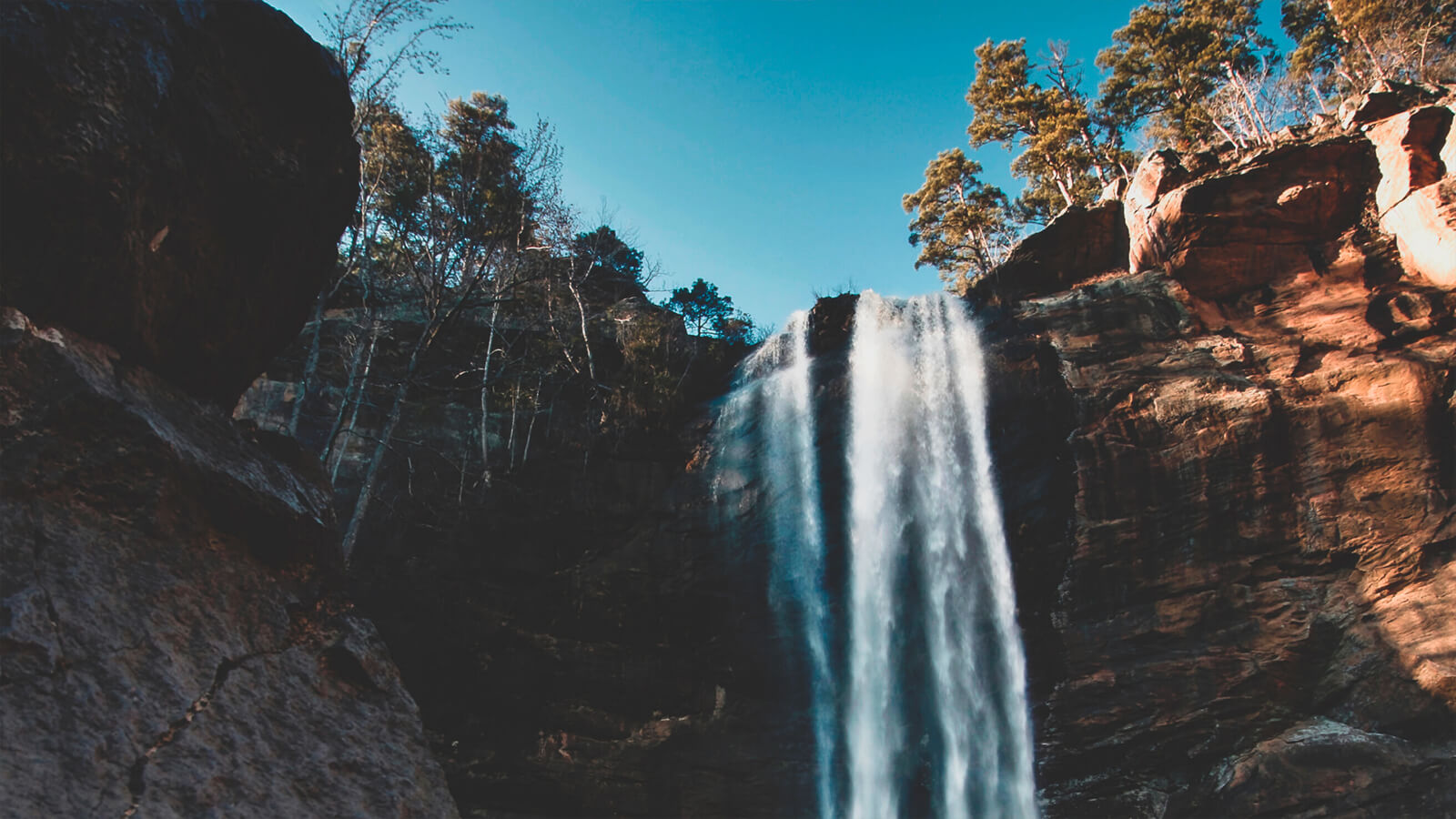 Toccoa Falls College is a private, Christ-centered institution established in Toccoa, Georgia. The college is situated on a 1,100-acre campus near the Chattahoochee National Forest, with its namesake, the Toccoa Falls, occupying space on the college...

Toccoa's a great place to get away from the hurry and scurry of life and focus on God, fellowship, and academics. It's only 1.5 hours from Atlanta and an hour from Greenville, SC, so you can still get to civilization when you want it! Great... 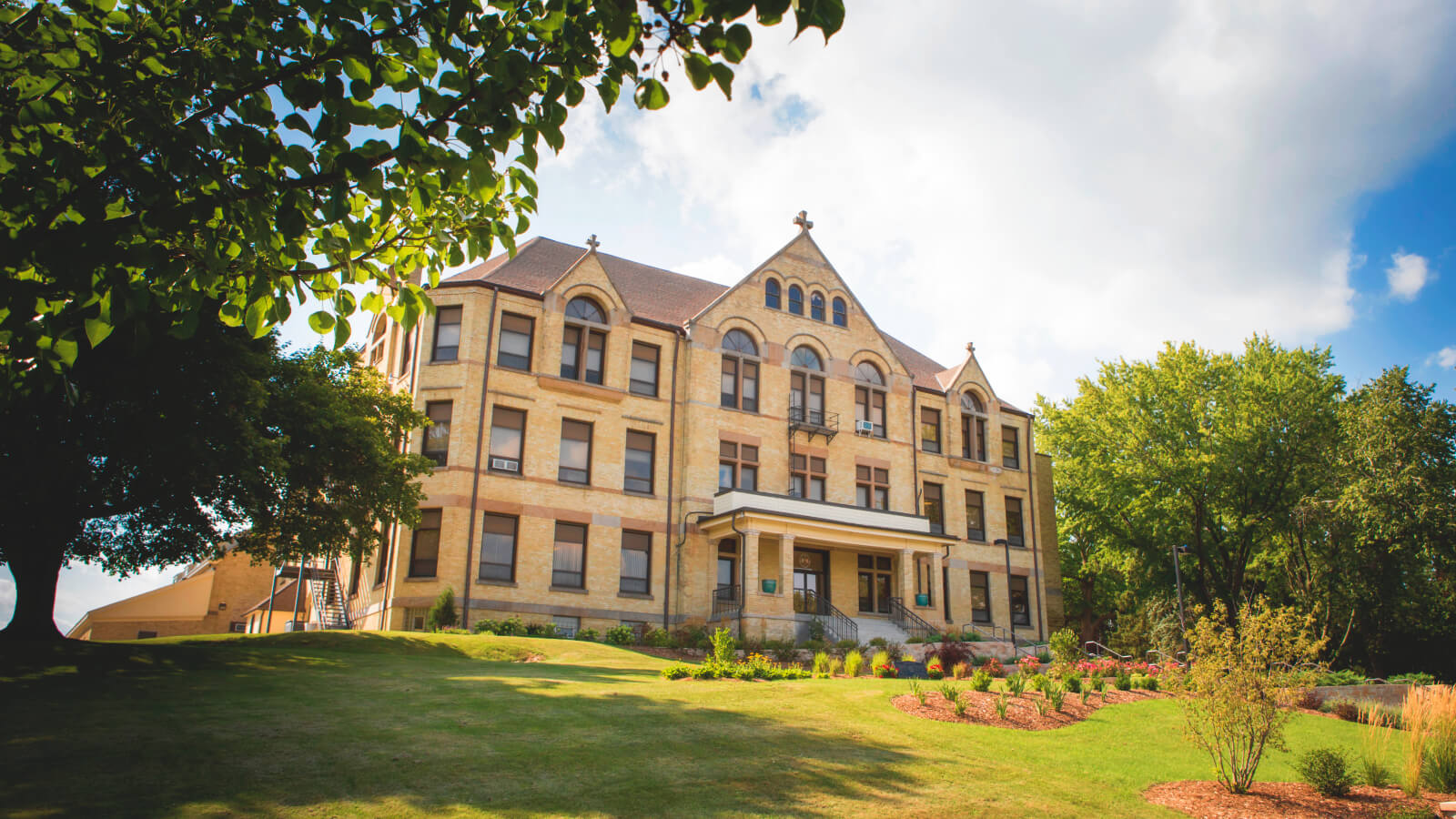 Maranatha Baptist University is a Christian college in southeast Wisconsin affiliated with the Fundamental Baptist Fellowship International. Maranatha offers bachelor’s degrees in 38 academic majors and 37 minors and all students are required to...

The classes are God-centered and reasonably paced. They are also mostly smaller classes with 20-40 students so it is very possible to get to know the teachers.

Dallas Theological Seminary is the best decision that I could have made in regards to graduate school. The campus is beautiful and the staff and professors are the best hands down. Everyone takes our motto to heart which is Teach truth, love well...

Founded by the Southern Baptist Convention, Midwestern Baptist Theological Seminary is a Christian institution in Kansas City, Missouri, training students for ministry. All of Midwestern’s undergraduate programs are held at the seminary’s Spurgeon...

Caring Christian Community of people, that takes pleasure in the spiritual and educational success of their students.
Warm loving educational experience. Family

Founded in 1897, Trinity International University is a Christian liberal arts institution in the Chicagoland area operated by the Evangelical Free Church of America. Trinity confers undergraduate degrees in over 30 academic majors focused on core...

tiu is a place that encourages the development of each student holistically. the university's aim is to create a community in which every student can maximize their impact in the world.