In the heart of Texas, Dallas is the third most populous city in the state and home to 38 colleges within the metropolitan area. The economy of the city is diverse, with predominant sectors that include defense, financial services, and information technology. It is also a significant portion of what’s called the Dallas-Fort Worth Metroplex, a conglomerate of 13 counties that contain a quarter of Texas’ population, and makes it the fourth-largest metropolitan area in the country.

Within Dallas city limits is the very selective University of Texas Southwestern Medical School within the UTS Medical Center, which is part of the UT system. The Texas Woman’s University, also part of the UTS Medical Center, is a nursing school at the Parkland Memorial Hospital. The city also hosts Dallas Baptist University, Dallas Theological Seminary, and Criswell College, all of which have prominent religious affiliations. The only historically black university in the city is Paul Quinn College, a private institution founded in 1990. The first, and currently only, public university within Dallas city limits is the University of North Texas at Dallas, which was founded in 2000 as a branch campus. The Dallas County Community College District maintains seven campuses within Dallas and the Dallas area.

Transportation within and around the Dallas and Dallas-Fort Worth Metroplex are heavily dependent on automobiles. There are rail, bus, and HOV lanes provided by the Dallas Area Rapid Transit authority.

See your Chances
The University of Texas at Dallas
Richardson, TX 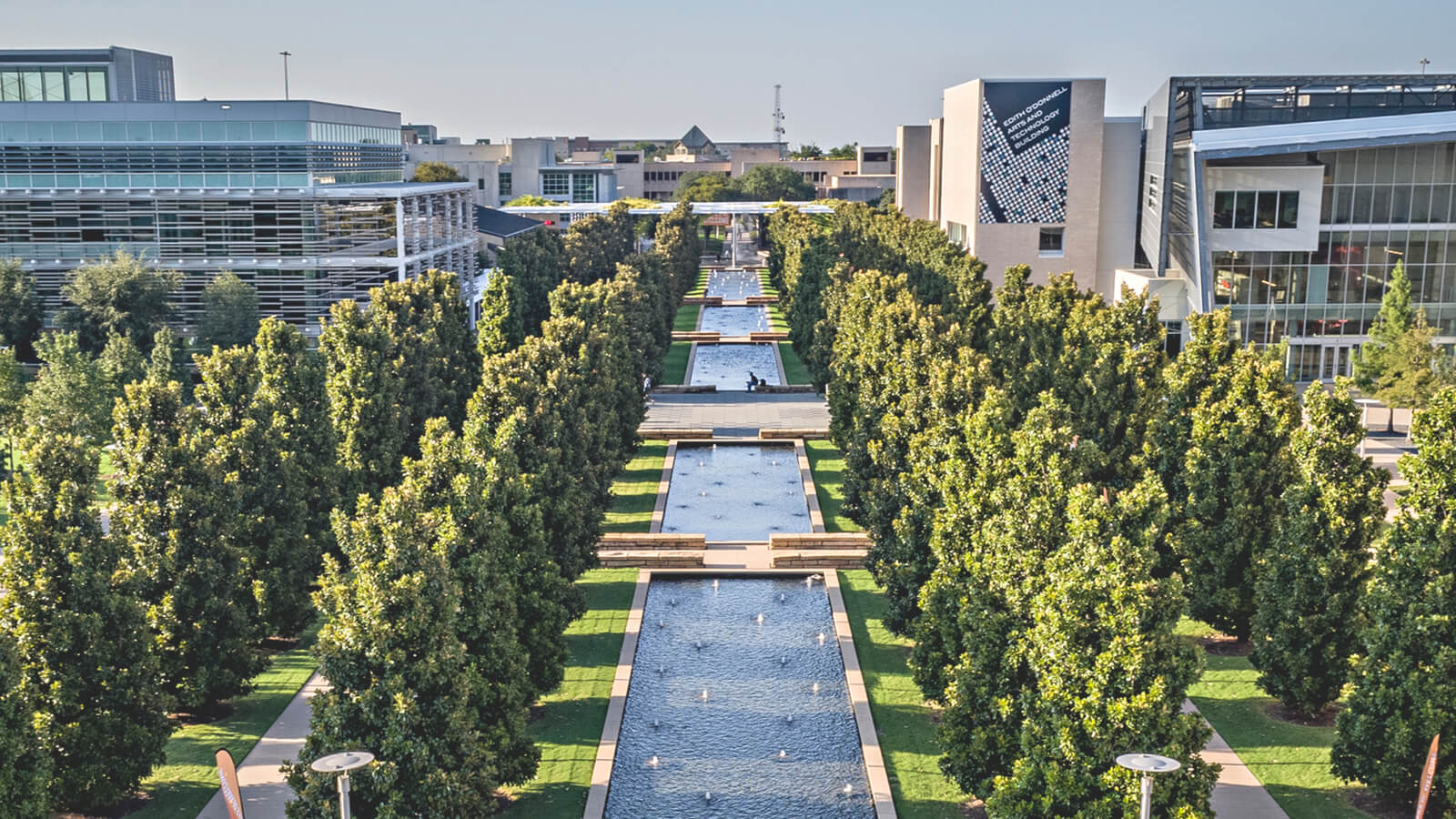 Founded in 1961 by three Texas Instruments executives, the University of Texas at Dallas is a 4-year public institution in the Dallas metro area and a campus of the UT system. UT Dallas encompasses eight schools granting degrees in over 140 fields of...

Before I came, here I wasn't sure what to expect. In all honesty, I thought I'd only be learning things pertinent to my major. But it turns out that the prerequisite learning itself opens up opportunities in other fields. Although I am on the track... 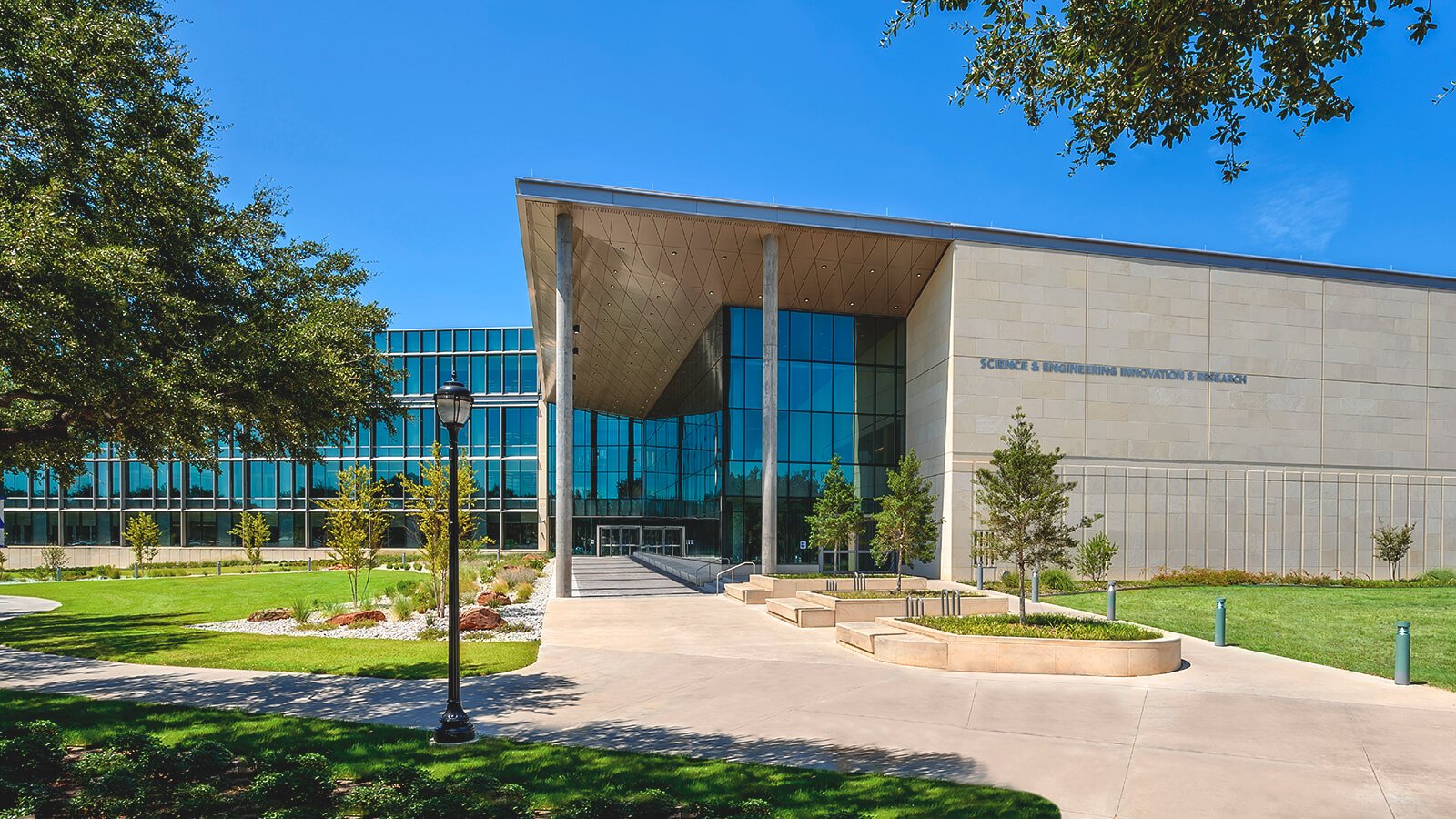 The University of Texas at Arlington is a world-class university of established excellence providing the tools and guidance necessary to succeed in a globally competitive world. Here, it’s students first, excellence always. Classified as a Carnegie R...

UTA has one of the best Nursing programs in the state of Texas and the nation as well. 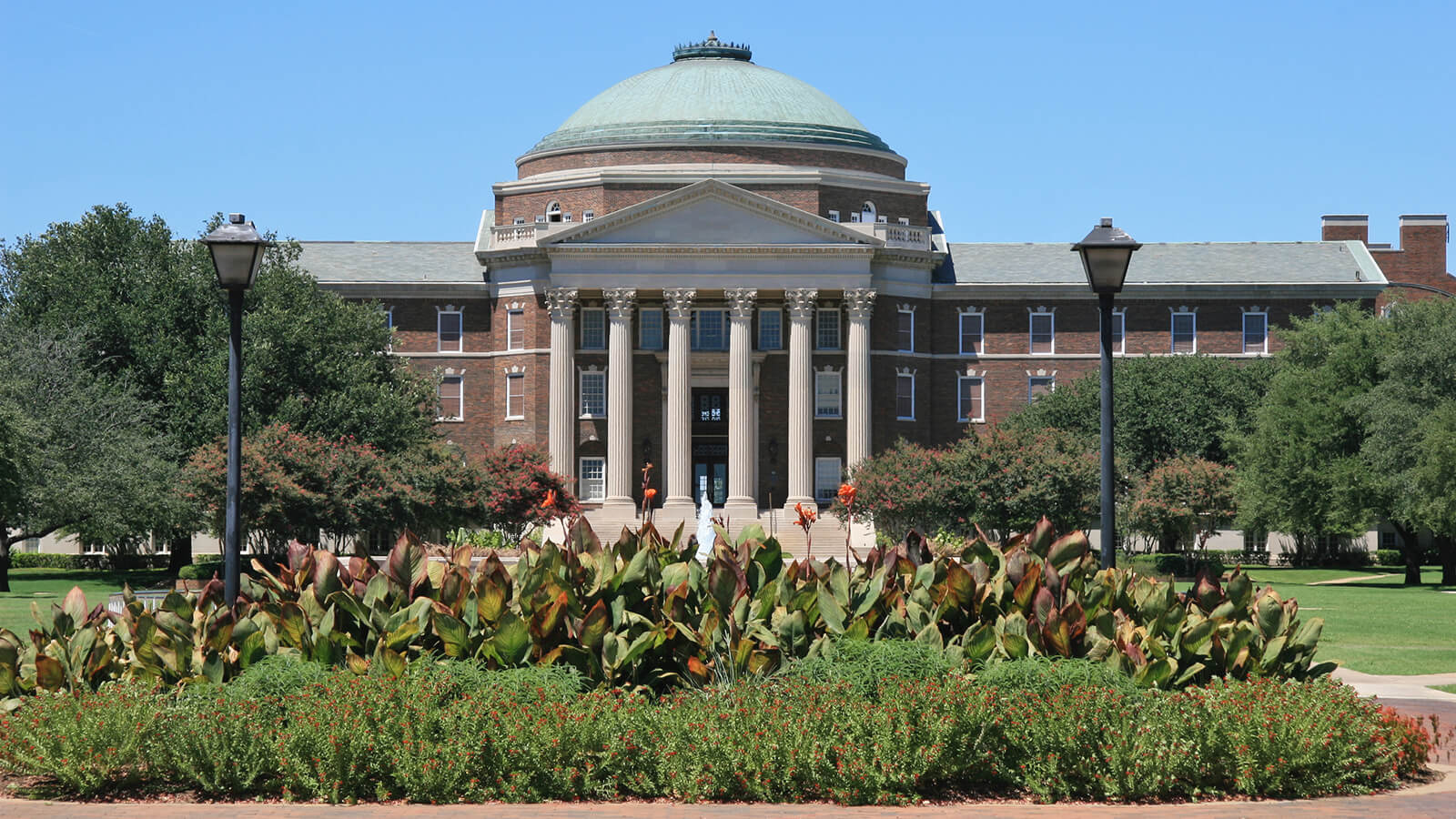 The Southern Methodist University is a private research institution in Texas featuring a liberal arts curriculum. The Dallas campus provides more than 200 areas of study to choose from, along with the Locomotor Lab to address scientific questions on...

My experience at SMU has been very rewarding since it has open up for me many opportunities. After taking organic chemistry, I realized that I have a great passion for learning about how things happen at the atomic and molecular level. In addition, I... 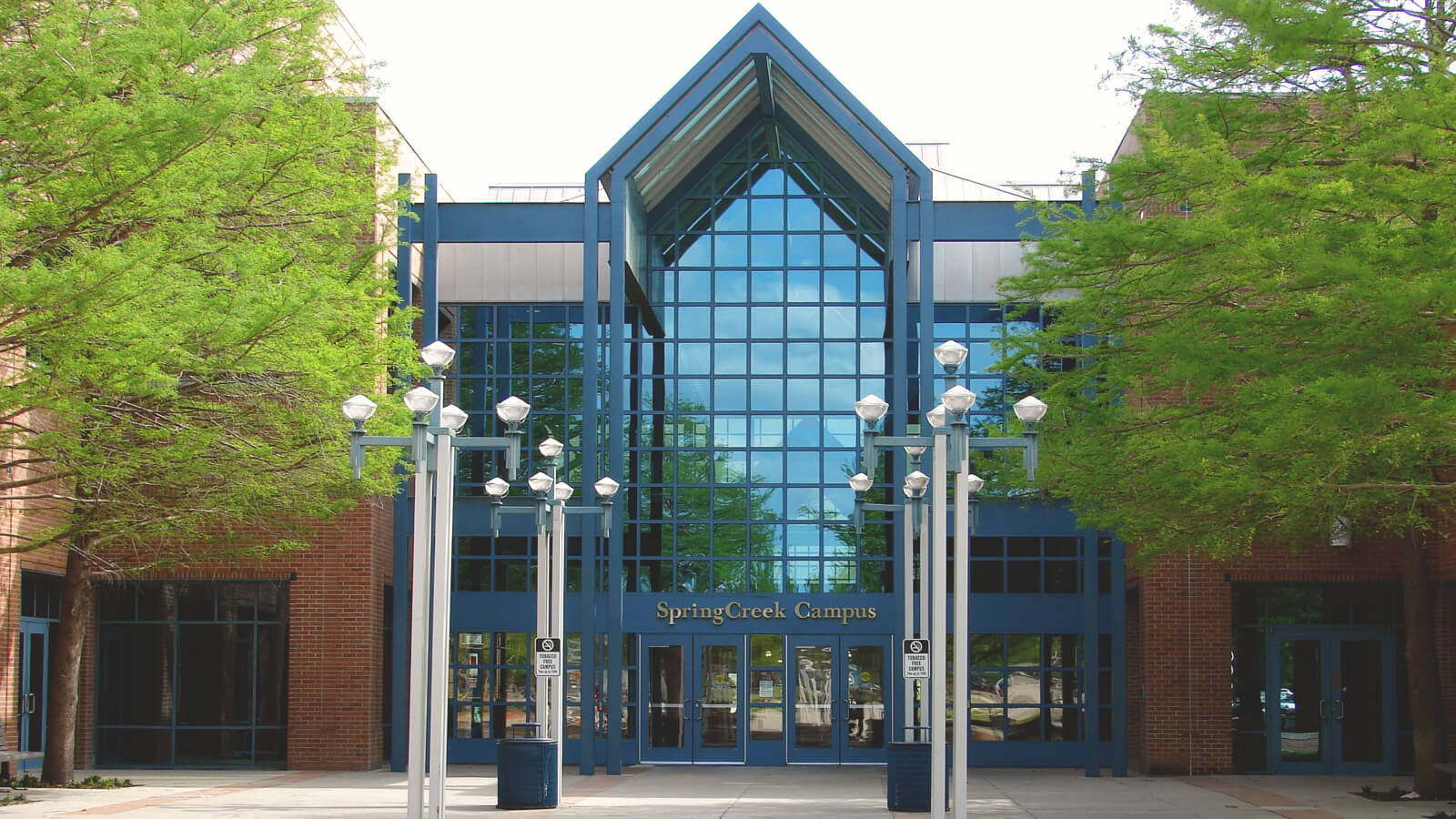 Collin College is a 2-year community college with campuses throughout the Dallas-Fort Worth metroplex. Collin confers associate degrees and certificates in over 100 academic fields of study and all students are required to complete a core curriculum...

The University of Dallas is a small, private Catholic institution based in Irving, Texas. The school offers programs in business, liberal arts, and ministry. A majority (approximately 80%) of students participate in the Rome study abroad programs. It...

This University is definitely a challenge. You will learn to make connections between two or more subjects you're studying simultaneously, and can therefore more easily apply your knowledge to everyday life and your future career...UD is big on the... 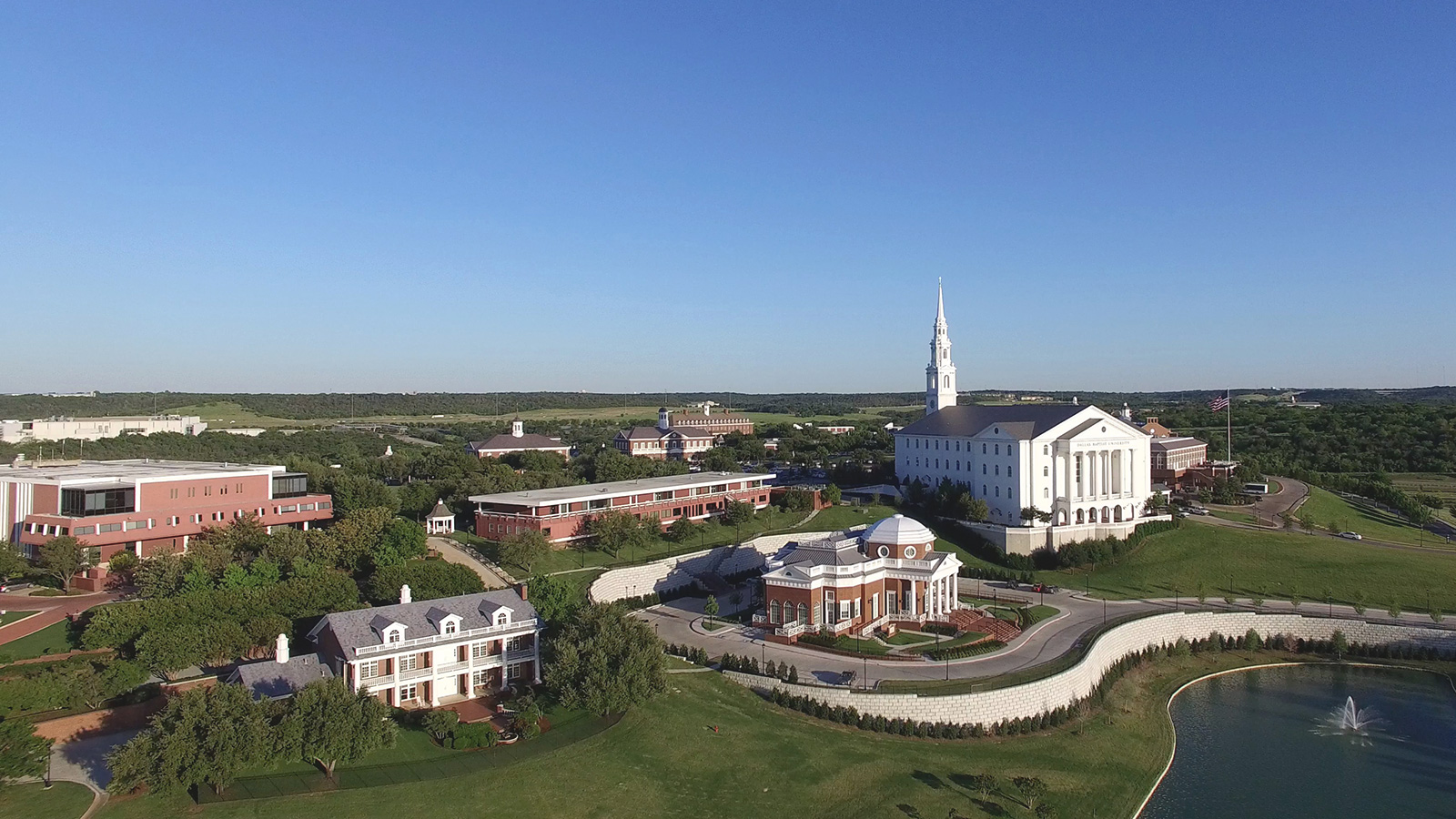 Looks like a great place to be, and is perfect for pursuing my call to Ministry. 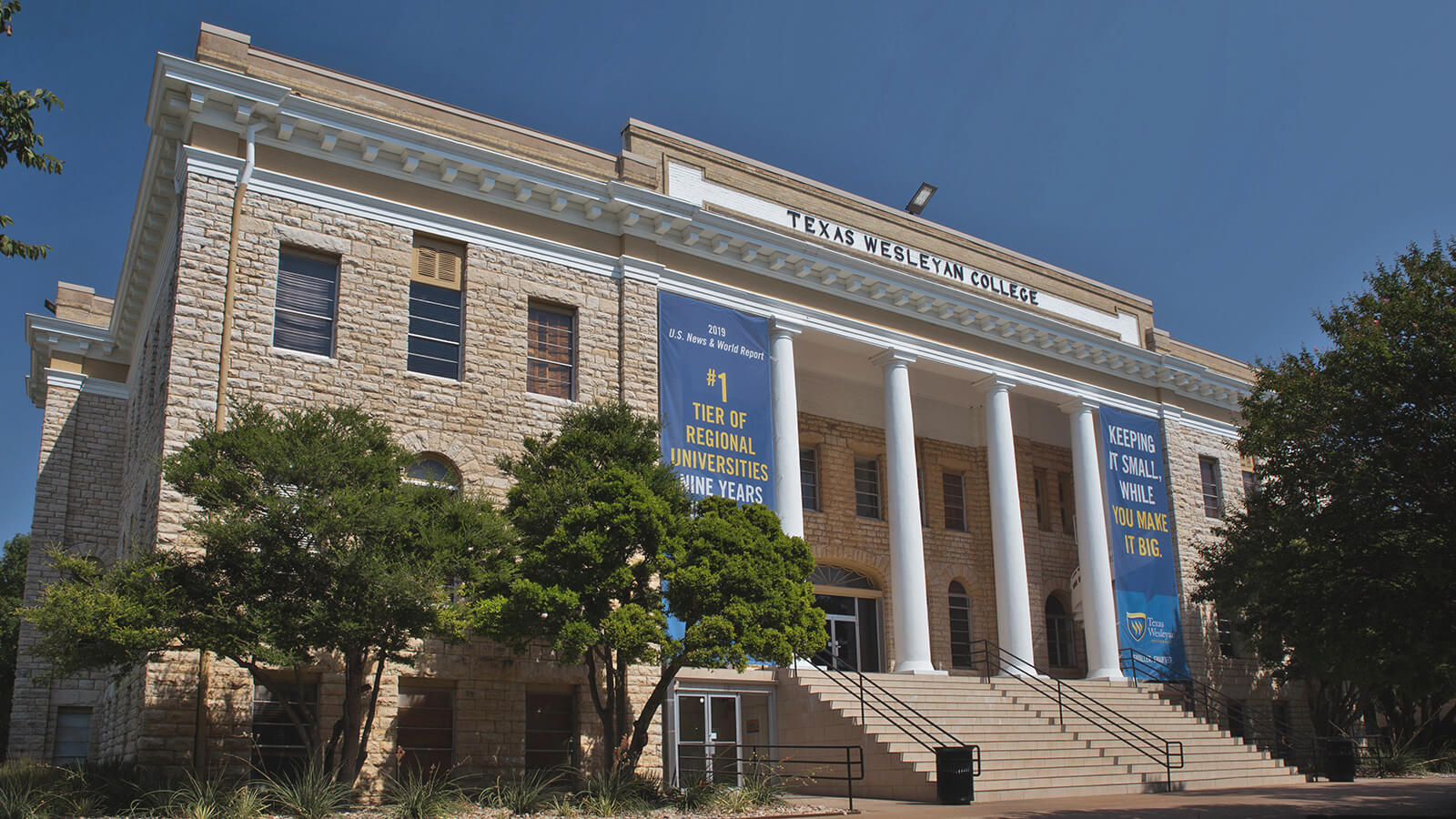 Calling Forth Worth, TX, home, Texas Wesleyan University is a 4-year institution founded in 1890 and affiliated with the United Methodist Church. The university features 31 undergraduate majors and confers 7 types of degrees, bringing their “Smaller...

The classes are small so that is very benifical, the faculty are nice and treat you like family. You will learn a ton if you apply your self. 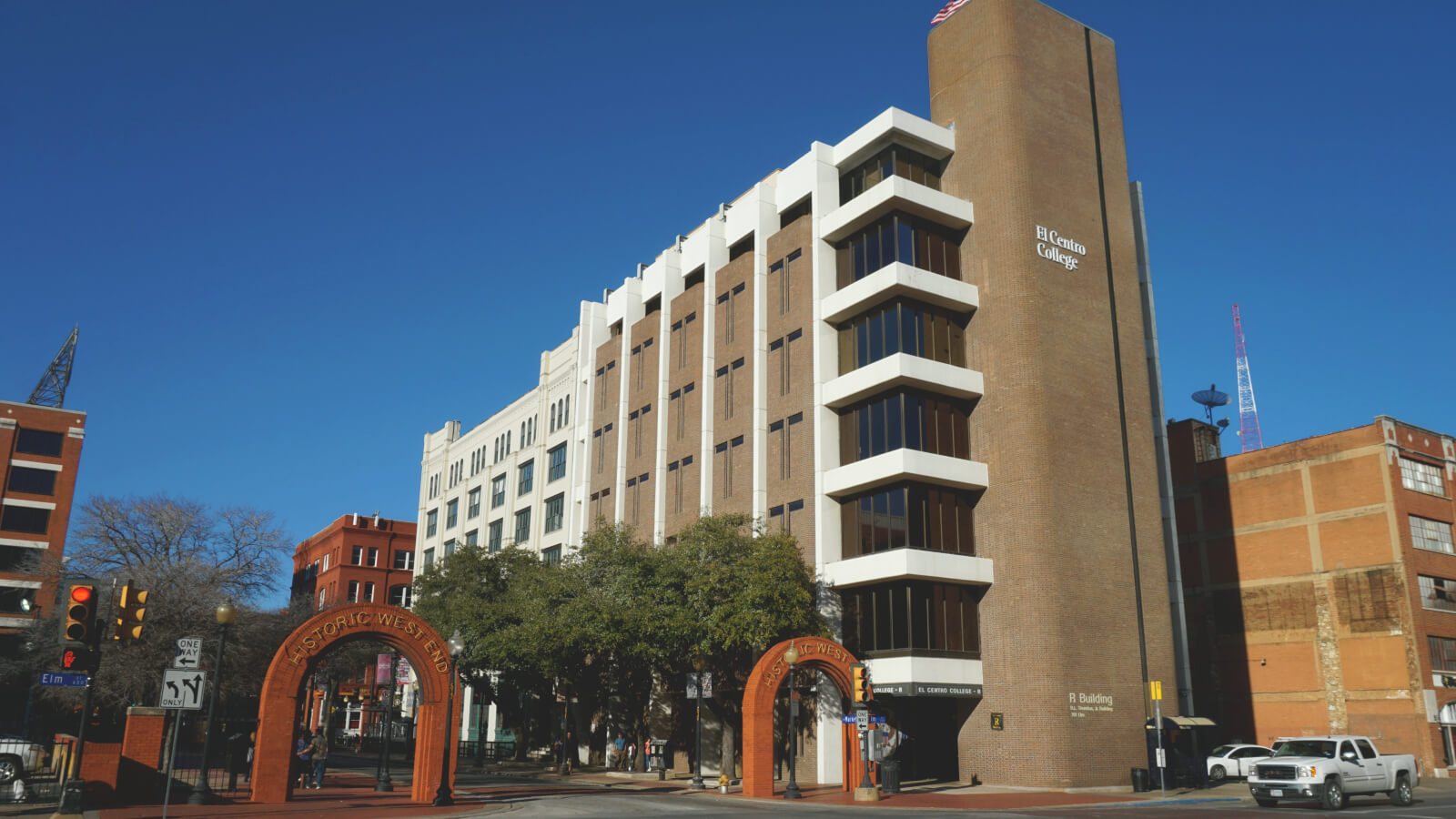 El Centro College is a public, 2-year institution established in Dallas, Texas. The college is a Hispanic-Serving Institution and a member of the Hispanic Association of Colleges & Universities. Students attending ECC have a wide variety of choices...

I thought when someone started college, they would just be considered as a number, even in a community college. But at El Centro I've had the pleasure to know teachers that really do care for your success and help you get to where you need to be. I... 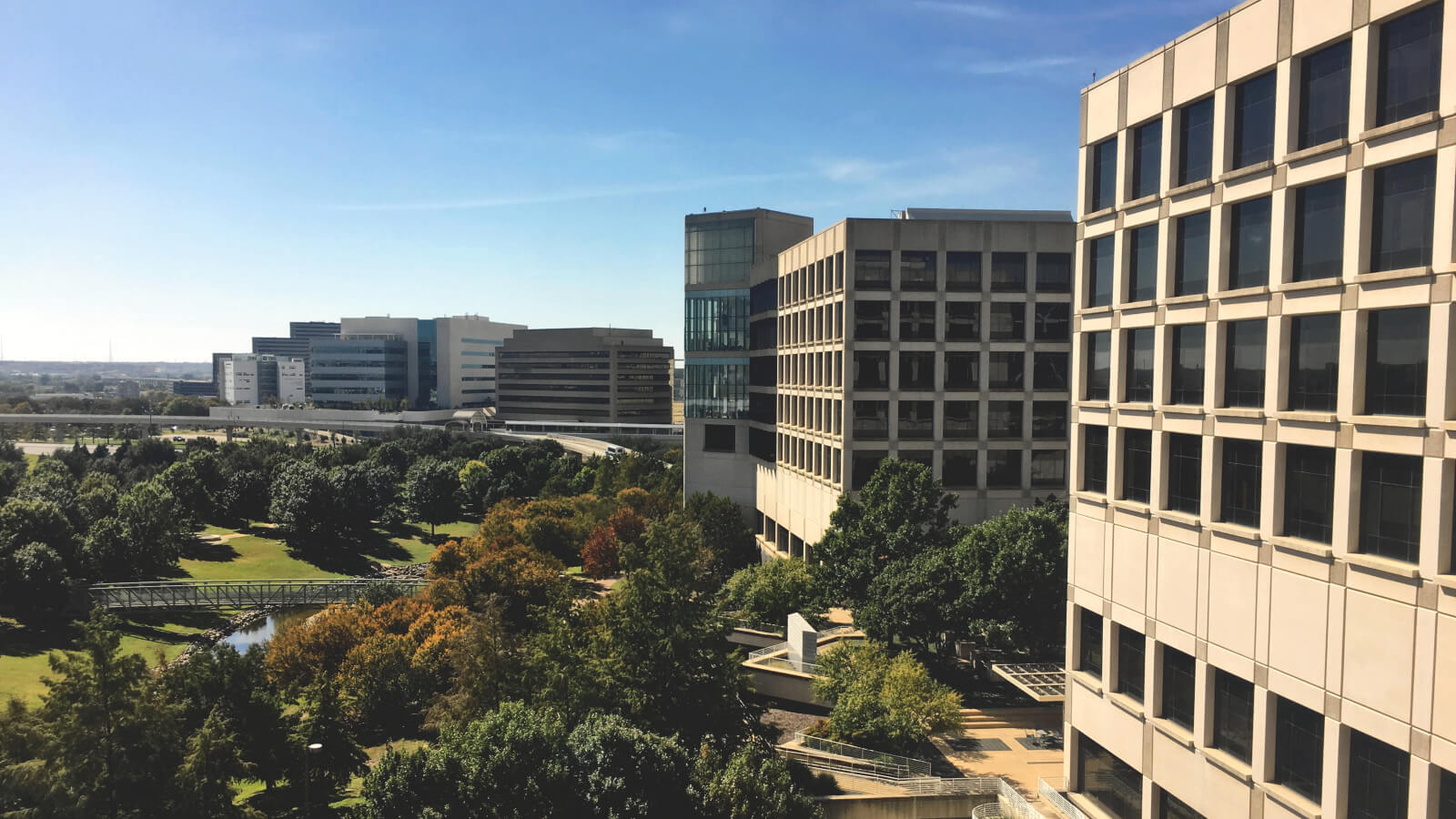 The University of Texas Southwestern Medical Center is a educational medical institution established in the city of Dallas. The university’s expansive campus includes three different schools and four hospital facilities. UT Southwestern is home to...

Paul Quinn College is a private and historically black liberal arts institution. It was founded by African Methodist Episcopal Church preachers in 1872 and maintains close ties to the church today. It is a federally funded work college and a minority... 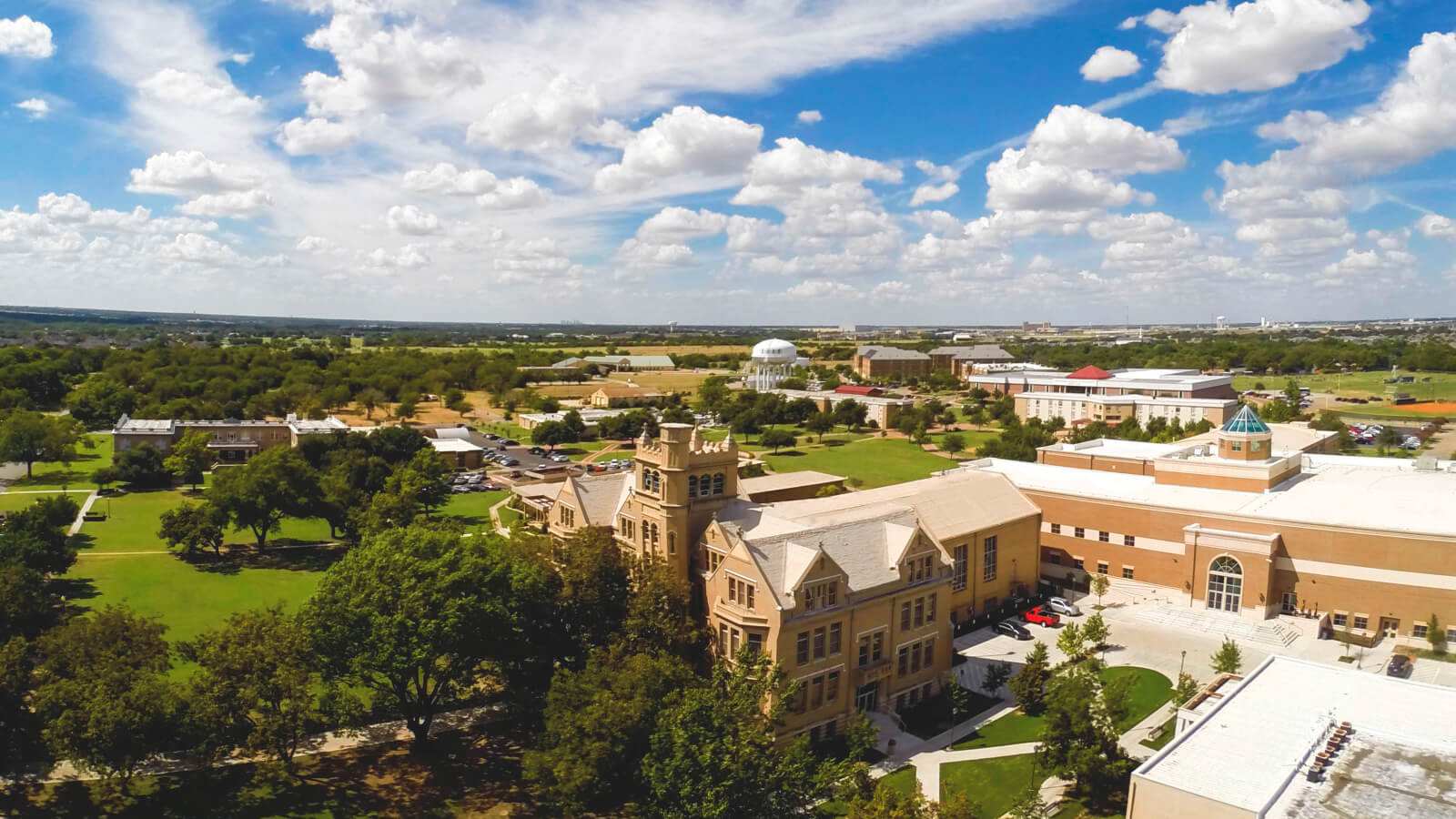 Southwestern Assemblies of God University is a leading Christian institution in the Dallas/Ft. Worth metroplex. SAGU offers more than 70 undergrad and graduate degrees - helping students discover and develop their God-given callings in a Spirit...

SAGU is a place with marvelous educators. Because it is a small school, it allows for a more personal relationship with professors and also more one on one time with the professor weather it be for personal, academic, or simple small talk. Never have...

Featuring an educational model that combines traditional classroom approaches with hands-on ministry in area churches, The King’s University is an evangelical institution with a main campus in the northern Dallas-Fort Worth metroplex. Affiliated with... 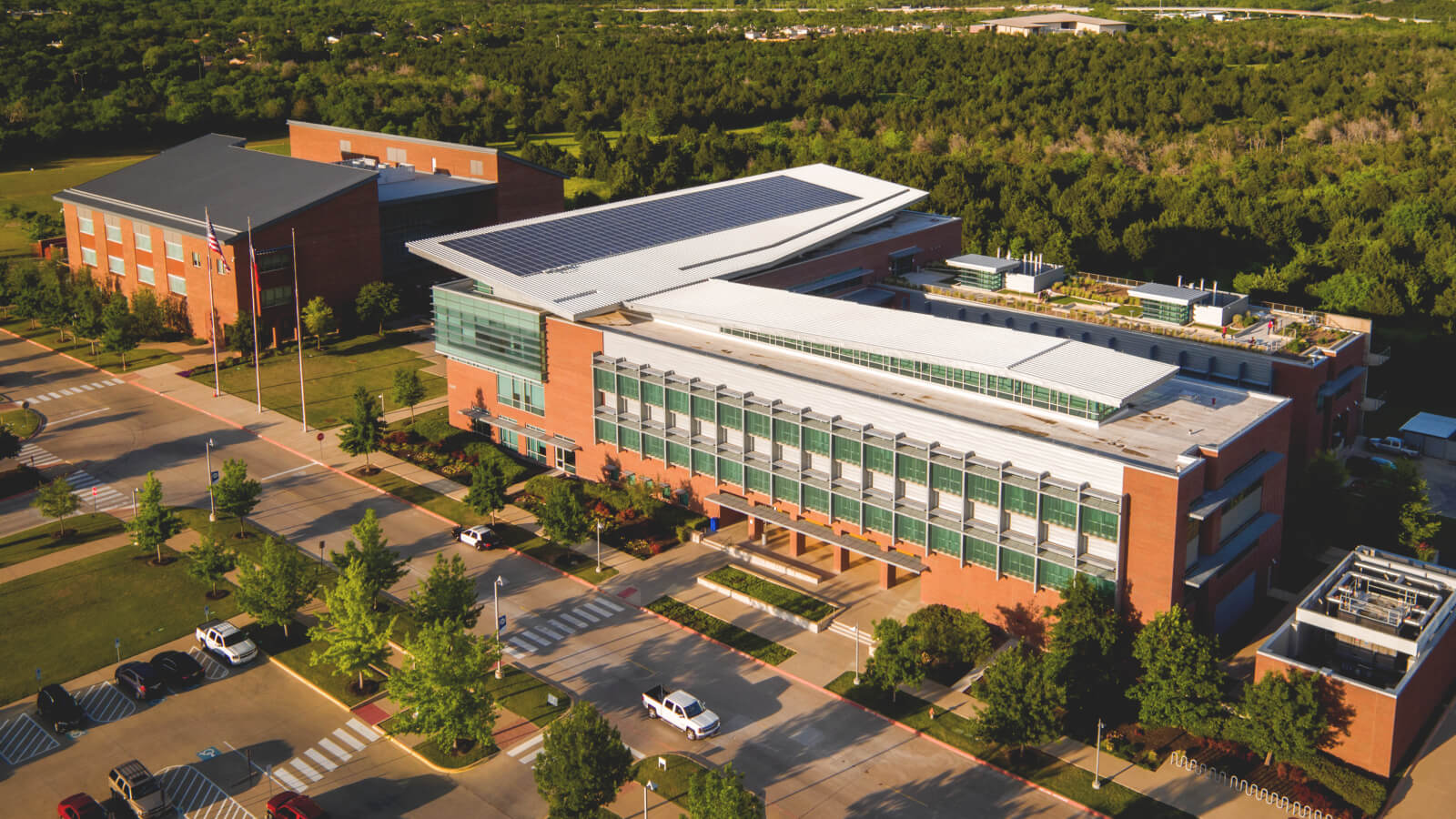 From its hilltop campus overlooking downtown, the University of North Texas at Dallas is a public university and the only 4-year institution of higher learning in the city of Dallas. UNT Dallas hosts colleges of Business, Liberal Arts, Education, and...

UNT at Dallas allows a quality education at a fraction of the cost. The programs offered here will help you prepare for a career or grad schools! The flexibility of classes offered here make it easier to obtain your degree while employed.

Dallas Theological Seminary is the best decision that I could have made in regards to graduate school. The campus is beautiful and the staff and professors are the best hands down. Everyone takes our motto to heart which is Teach truth, love well...

Based upon the principles of the Restoration Movement of the Christian church, Dallas Christian College is a 4-year institution featuring a curriculum centered around Biblical values. All DCC faculty are required to affirm the school’s Statement of...

Parker University is a private, 4-year health education institution established in Dallas, Texas. The college offers academic programs in the Health Sciences that award both certificates and degrees ranging from associate to doctoral-level. Students...

Amberton University is a nondenominational Christian university in the Dallas suburbs. Amberton’s educational philosophy is rooted in Evangelical Christianity and the New Testament of The Bible is the foundation for AU’s seven bachelor’s degree...

Arlington Baptist University is a private, Christ-centered institution located in the state of Texas. ABC is home to the World Baptist Fellowship, and thusly offers a number of degrees in biblical subjects. Residential students and students with...

The Dallas Nursing Institute is a nurse training academy in the Dallas metro area. DNI offers an Associate Degree in Nursing as well as Vocational Nursing and RN Transition programs. Additionally, DNI features an RN to Bachelor of Science in Nursing...

Established in 1990, Bakke Graduate University is a private, Christ-centered institution located in Dallas, Texas. BGU offers four degree programs including a Doctor of Ministry, a Doctor of Transformational Leadership, a Master of Arts in...

Remington College Dallas is a 2-year technical and vocational school and a campus of the Remington College system in the Dallas metroplex. The Dallas campus confers associate degrees and diplomas in 21 career-centered fields of study. Additionally...

Remington College Fort Worth is a technical and vocational school and a DFW Metroplex-based campus of the Remington system. Remington Fort Worth confers associate degrees in seven career-centered fields of study and is home to nine diploma-granting...