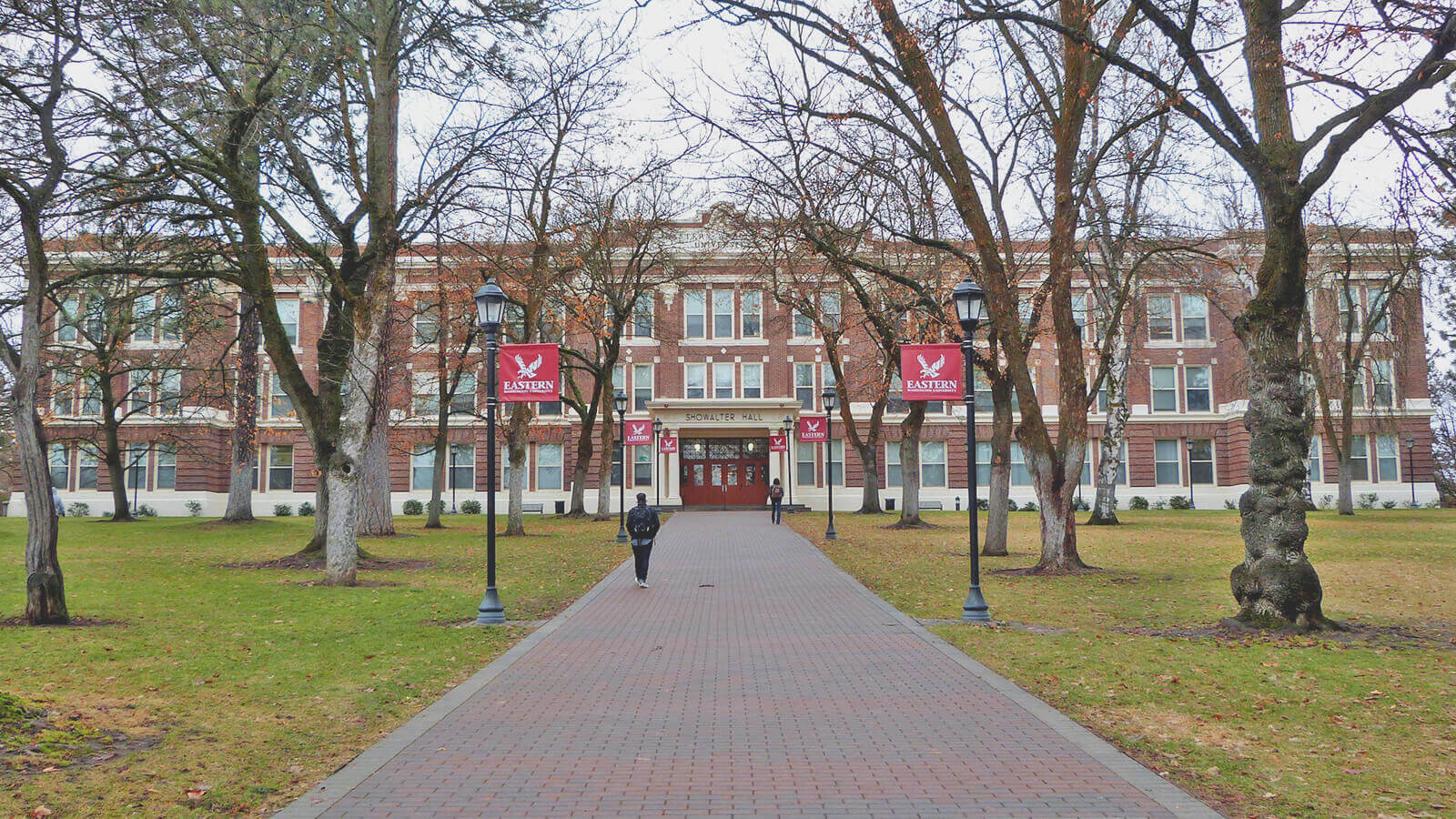 Situated on a 300-acre campus in Cheney, Eastern Washington University is a 4-year institution that’s been an accredited 4-year-degree-conferring entity long before it took its current name in 1977. Since opening its doors in 1882, EWU has grown to offer 143 areas of study, as well as house the only industrial robotics and automation program in a three-state area. Eastern Washington is also only one of three universities with a research facility in a national wildlife refuge and the only university in the nation to have the Microsoft Professional Program to be integrated with a degree—their data analytics program. Outside of academics, EWU maintains EPIC Adventures for students to take trips, events, and classes of all kinds, and the campus itself is only 20 minutes from Spokane and 45 minutes from five mountain ranges.

Students Borrowing Loans Loans to students - Any monies that must be repaid to the lending institution for which the student is the designated borrower. Includes all Title IV subsidized and unsubsidized loans and all institutionally- and privately-sponsored loans. Does not include PLUS and other loans made directly to parents.
52%
Average Loan Amount Per Year
$6,244
Average Debt at Graduation The median federal debt of undergraduate borrowers who graduated. This figure includes only federal loans; it excludes private student loans and Parent PLUS loans.
$14,000
Median Monthly Loan Payment The median monthly loan payment for student borrowers who completed, if it were repaid over 10 years at a 5.05% interest rate.
$191
More Financial Info

3.65 Average Rating
I've been attending for 2 quarters. So far, so good. Instructors at Riverpoint are awesome.
Elizabeth from Spokane, WA
rating eastern washington as a whole would be a tough question to ask just one student based on his or her experiences, however i would rate my experience a 9 out of 10. the transition phases that any student goes through are going to be extremely difficult, however eastern's experience in this phase have not been surpassed by any outside sources so far as i am familiar with.
Jesse from Rosalia, WA
END_OF_DOCUMENT_TOKEN_TO_BE_REPLACED