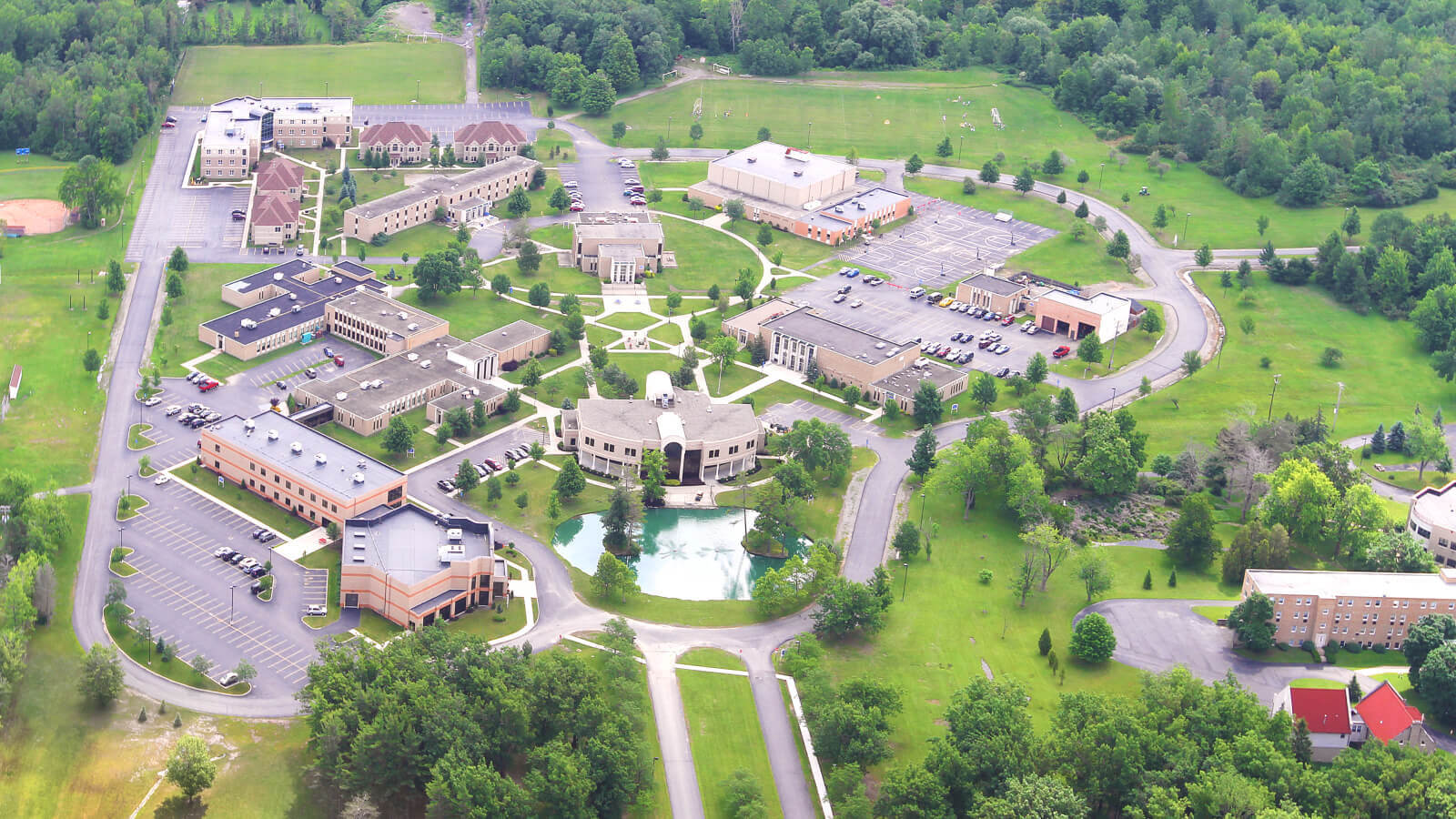 Named for Mother Colette Hilbert of the founding Franciscan Sisters of St Joseph, Hilbert College is a Franciscan college in the Buffalo metro area. Hilbert grants undergraduate degrees in 18 academic majors including one of the only Computer Security and Information Assurance programs in the United States. As a Franciscan institution, Hilbert holds a number of religious-themed observances throughout the year such as a Live Nativity, Blessing of the Brains, and St. Francis Week featuring a Peace Walk. For athletically inclined students, Hilbert fields 15 varsity sports teams known as the Hawks.

Students Borrowing Loans Loans to students - Any monies that must be repaid to the lending institution for which the student is the designated borrower. Includes all Title IV subsidized and unsubsidized loans and all institutionally- and privately-sponsored loans. Does not include PLUS and other loans made directly to parents.
96%
Average Loan Amount Per Year
$5,756
Average Debt at Graduation The median federal debt of undergraduate borrowers who graduated. This figure includes only federal loans; it excludes private student loans and Parent PLUS loans.
$19,810
Median Monthly Loan Payment The median monthly loan payment for student borrowers who completed, if it were repaid over 10 years at a 5.05% interest rate.
$253
More Financial Info

3.90 Average Rating
A nice small school with great faculty, and staff. They are very helpful for a person returning to school after a long absence.
Alan from Springville, NY
Hilbert College is a great school and I recommend the college to all students. My professors sent me an email on my first day of classes welcoming me into their school. Hilbert College provides small class sizes, which help to assist students especially during their first semester.
Elizabeth from Blasdell, NY
I recently got accepted to Hilbert College and took a visit there a few days ago. May I say, Hilbert College is the one for me! I plan on majoring Forensic Science and technology and I can't wait to attend Hilbert this fall !!!!!
hilbert has small class sizes.
a small campus.
job opportunities on and off campus.
Tiffany from Buffalo, NY
Insightful, experienced professors who are always available for further discussions on academics and career paths.

Professors that allow you to offer your insight in discussions, not just tell you what you should think about a topic or situation.
Janine from Springville, NY
I would say out of 5 stars Hilbert College is a solid 3.5! It has been the perfect 1st semester for me and I will have the same for my second half. They make you feel like you're never alone, there is always someone there if you need help.
Antanay from Buffalo, NY
Hilbert College offers the college experience in a small package. It's great if you're coming from a small/large high school. Everyone is friendly and willing to help if you need assistance.
Olean, NY
Hilbert College is everything that I expected a college to be. I have found the student to be socialable and the faculty to be approachable. I couldn't ask for more from a college.
Julianne from Allegany, NY
END_OF_DOCUMENT_TOKEN_TO_BE_REPLACED