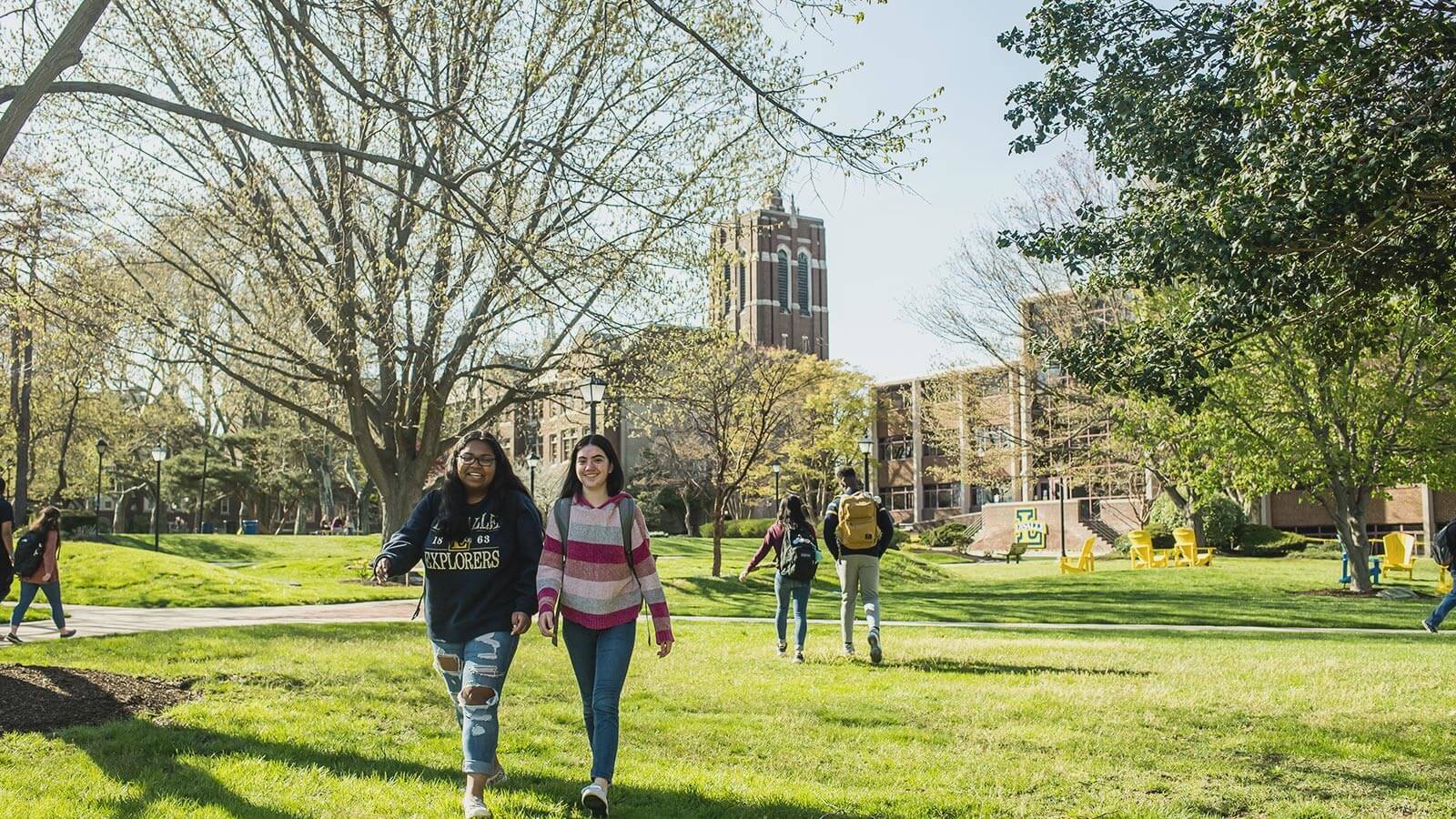 Founded by the Brothers of the Christian Schools, La Salle University is a Catholic school in Philadelphia. La Salle is home to schools of Arts & Sciences, Business, and Nursing conferring undergraduate degrees and all academic programs feature a focus on the values of the Gospel. As a Catholic university, La Salle holds a number of weekend retreats and a regular mass schedule at the De La Salle Chapel. For sports fans, La Salle fields 23 varsity athletic teams known as the Explorers.

Students Borrowing Loans Loans to students - Any monies that must be repaid to the lending institution for which the student is the designated borrower. Includes all Title IV subsidized and unsubsidized loans and all institutionally- and privately-sponsored loans. Does not include PLUS and other loans made directly to parents.
77%
Average Loan Amount Per Year
$9,478
Average Debt at Graduation The median federal debt of undergraduate borrowers who graduated. This figure includes only federal loans; it excludes private student loans and Parent PLUS loans.
$18,250
Median Monthly Loan Payment The median monthly loan payment for student borrowers who completed, if it were repaid over 10 years at a 5.05% interest rate.
$258
More Financial Info

3.70 Average Rating
La Salle is a very beautiful and scenic campus. The staff there are all extremely nice. The education process is very good.
Connor from York, PA
La Salle University is well known for its challenging nursing programs. I am a current student in their MSN - Family Nurse Practitioner program. I find it to be challenging, but rewarding and I know in the end hard work will definitely pay off.
Mariel from Warminster, PA
Big school, nice campus, amazing people.
Jasmin from Philadelphia, PA
La Salle University is an amazing institution with plenty of potential for students. The staff and faculty members are there to help any one at any time. This university is very welcoming to newcomers and will feel like a second home.
Christina from Philadelphia, PA
La Salle University is a great school to attend, they have many majors to chose from, over one hundred clubs to join, and numerous sport teams to join. Aside from sports, La Salle offers tutoring and assistance for any subject when it is convenient for you. As my first year as a Lasallian student, I have never felt more welcomed and acknowledged as a freshman student with help always being an e-mail away.
Alyssa from Philadelphia, PA
La Salle is a small, connected school with many opportunities available for all students in all programs. It provides a very motivational and inspirational environment for the students. The teachers and professors at La Salle truly care about the students success and do everything they can to help you as a student perform to the absolute best of your academic ability.
Caroline from Levittown, PA
The campus has a cozy small feel but it is large. There are many clubs and activities. The people and staff are very welcoming and friendly
Syiria from Brooklyn, NY
La Salle has an amazing Honors Program and promises to challenge you. I would suggest trying to apply to the honors program because it is definitely worth it. All of the college professors are great
Candice from West Chester, PA
END_OF_DOCUMENT_TOKEN_TO_BE_REPLACED