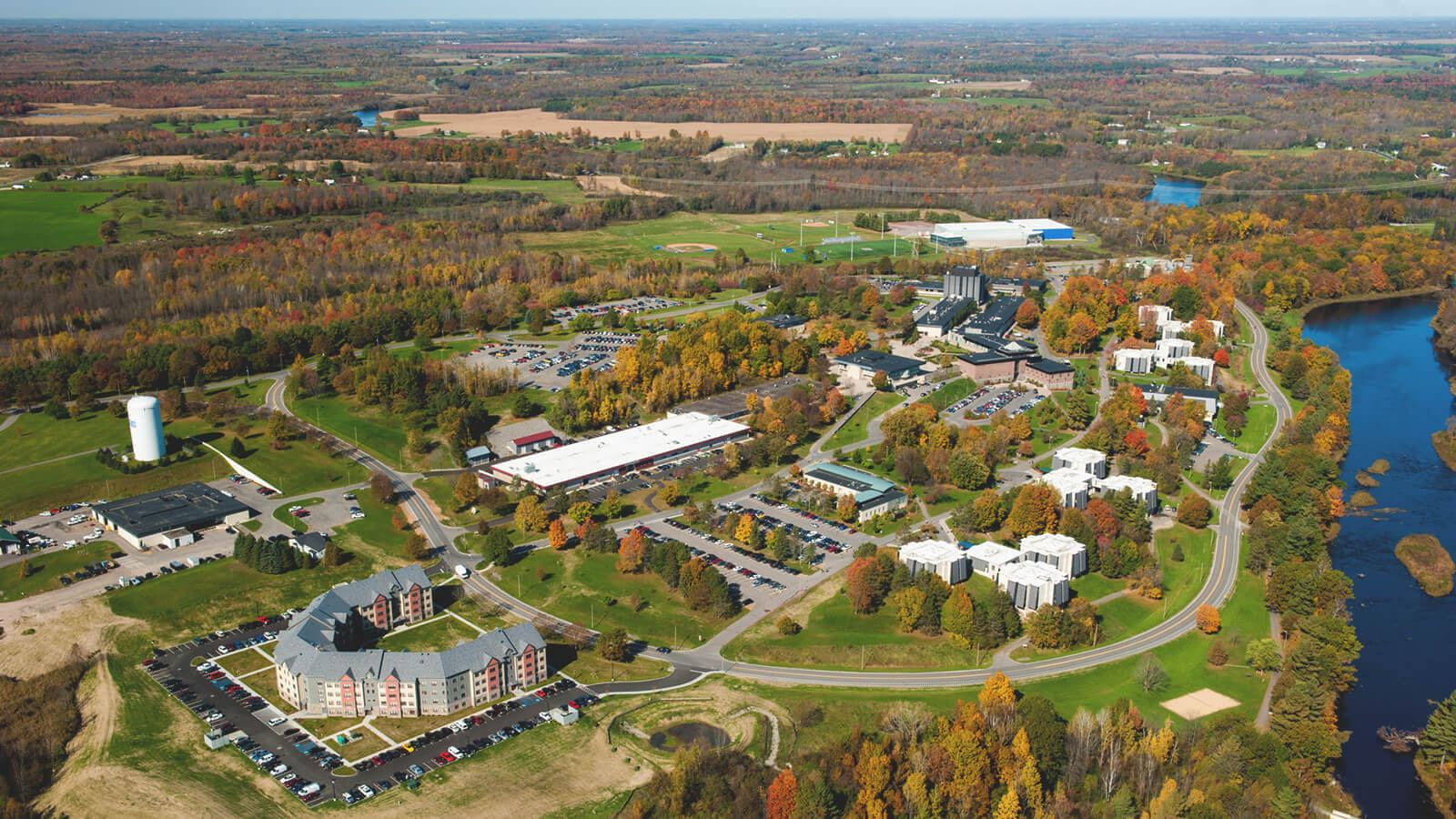 SUNY College of Technology at Canton

Students Borrowing Loans Loans to students - Any monies that must be repaid to the lending institution for which the student is the designated borrower. Includes all Title IV subsidized and unsubsidized loans and all institutionally- and privately-sponsored loans. Does not include PLUS and other loans made directly to parents.
79%
Average Loan Amount Per Year
$6,084
Average Debt at Graduation The median federal debt of undergraduate borrowers who graduated. This figure includes only federal loans; it excludes private student loans and Parent PLUS loans.
$12,000
Median Monthly Loan Payment The median monthly loan payment for student borrowers who completed, if it were repaid over 10 years at a 5.05% interest rate.
$191
More Financial Info

Majors
49
Most Popular Majors
All Majors

3.62 Average Rating
SUNY Canton's main campus facilities are incorporated into the side of a hill making almost all window a pleasant view. The staff and the students here are intuitive and pleasant. Ethnic diversity at SUNY Canton is also a big factor when considering the school, with an overwhelming population of out of state and country students you are bound to find many interesting cultures.
Scott from Heuvetlton, NY
Canton is a well-rounded school there are various things to do on campus,so you are never bored.
Abigail from Bronx, NY
SUNY Canton is rebuilding their campus right now so the campus is looking very beautiful. However I don't think they are very mindful of students at times especially those that don't have a vehicle. The financial office is really bad as well you go to them for help and they read whats on the bill to you. There should be more qualified people to be able to help you in there. The tuition keeps going up like every other college but the assistance to get aid is ridiculous.
Jane Doe from Brooklyn, NY
When i visited this school.I fell in love.This is where i belonged.
Abigail from Bronx, NY
It is a diverse campus with a variety of two and four year degrees. The surrounding village of Canton is very small and lifeless. SUNY Cantons library and fitness center however are outstanding and the campus environment is friendly and tolerant to all students.
SUNY Canton Computer major
END_OF_DOCUMENT_TOKEN_TO_BE_REPLACED