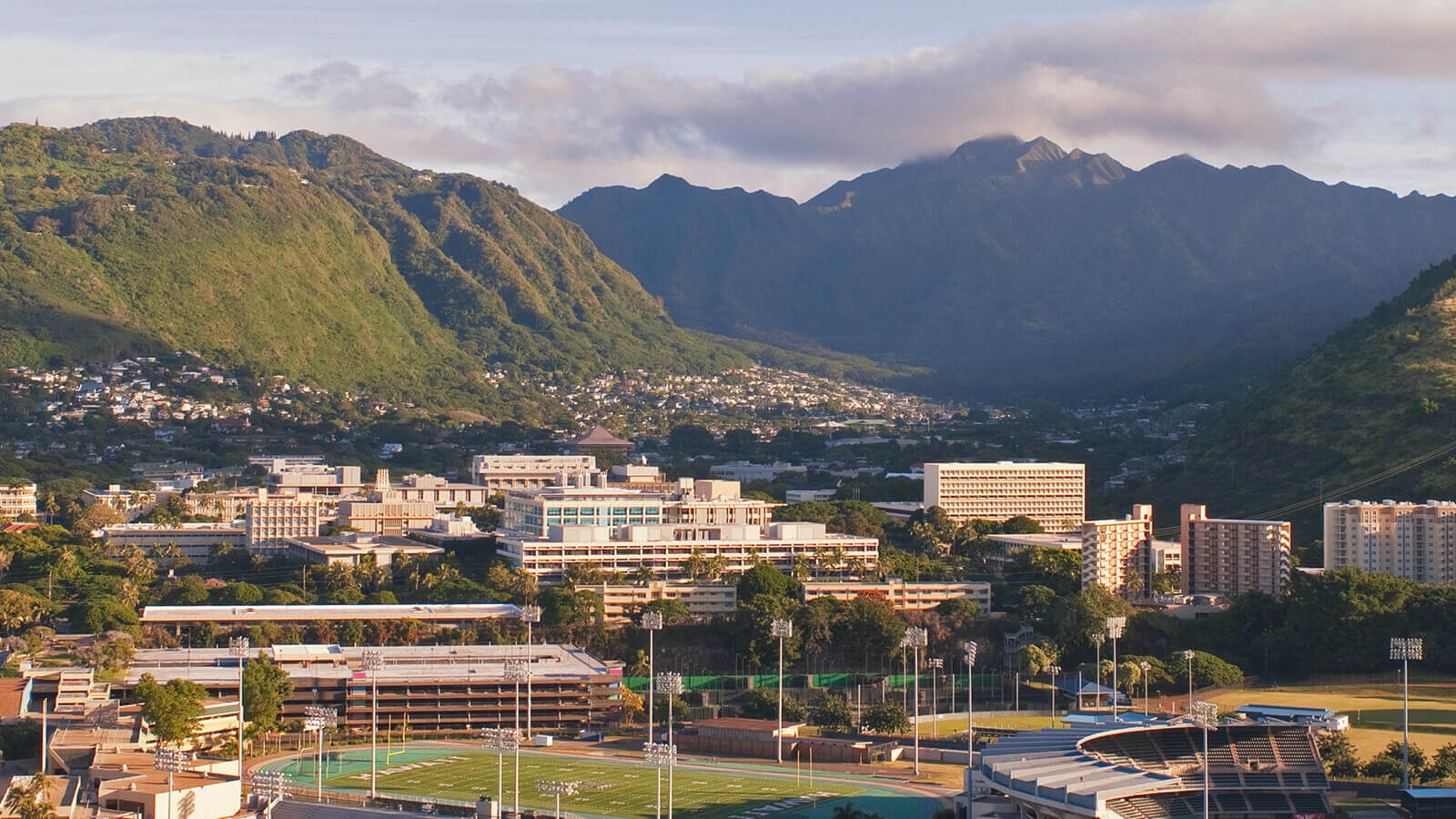 University of Hawaii at Manoa

The University of Hawai’i at Manoa is a 4-year public university on the island of O’ahu and the flagship campus of the UH System. The largest and oldest of the Hawai’i campuses, UH Manoa confers bachelor’s degrees in 100 academic majors. Additionally, Hawai’i has been designated an Asian American, Native American, and Pacific Islander-serving institution. For students interested in the performing arts, UH Manoa is home to the Kennedy Theatre featuring three mainstage productions per year.

Students Borrowing Loans Loans to students - Any monies that must be repaid to the lending institution for which the student is the designated borrower. Includes all Title IV subsidized and unsubsidized loans and all institutionally- and privately-sponsored loans. Does not include PLUS and other loans made directly to parents.
35%
Average Loan Amount Per Year
$6,454
Average Debt at Graduation The median federal debt of undergraduate borrowers who graduated. This figure includes only federal loans; it excludes private student loans and Parent PLUS loans.
$13,527
Median Monthly Loan Payment The median monthly loan payment for student borrowers who completed, if it were repaid over 10 years at a 5.05% interest rate.
$182
More Financial Info

3.42 Average Rating
the campus is so nice. the dorms are very clean and renovated, as are the classrooms. i love that the classes have a range of the number of students there are in a class.
rachael-ashlyn from issaquah, wa
I've been to the campus many times for various events, and overall, the campus is decent in size, appearance, and safety. Hawaii is one of the safest states and Hawaii residents are known for being neighborly and cordial, so it is easy to ask for directions if needed. Although some of the buildings need repair, the general look and feel of the campus is comfortable with the smaller streets and shady trees.
Riley from Honolulu, HI
END_OF_DOCUMENT_TOKEN_TO_BE_REPLACED