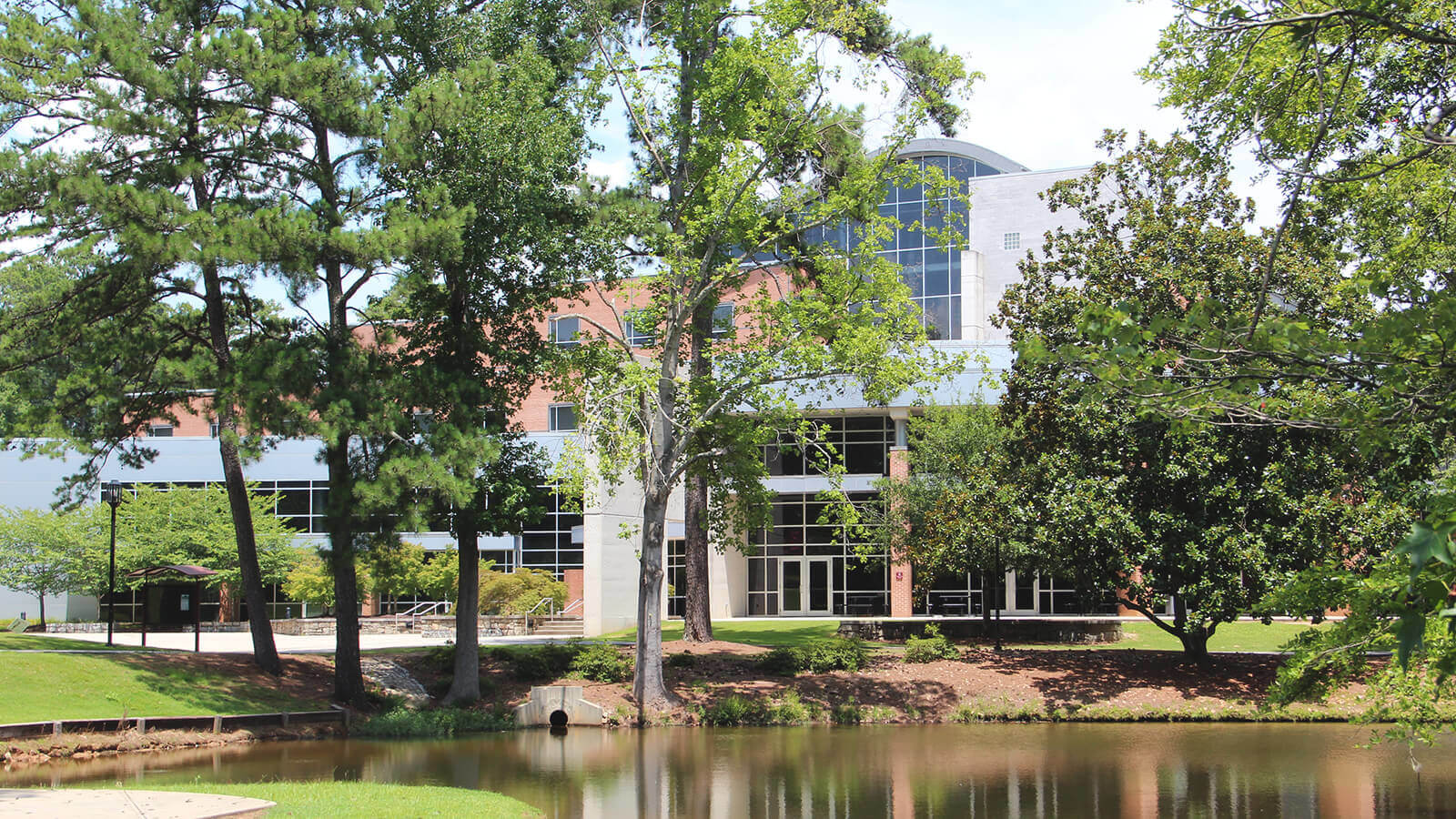 Clayton State University is a 4-year public school in the Atlanta metro area and part of the University System of Georgia. Featuring a 214-acre park-like campus, Clayton State confers undergraduate degrees in over 60 academic majors and minors. In addition, a majority of students at Clayton State are considered “non-traditional” and “adult learners.” At the beginning of every basketball season, Clayton State welcomes its men’s and women’s teams with a late night pep rally called Laker Madness.

Students Borrowing Loans Loans to students - Any monies that must be repaid to the lending institution for which the student is the designated borrower. Includes all Title IV subsidized and unsubsidized loans and all institutionally- and privately-sponsored loans. Does not include PLUS and other loans made directly to parents.
57%
Average Loan Amount Per Year
$6,552
Average Debt at Graduation The median federal debt of undergraduate borrowers who graduated. This figure includes only federal loans; it excludes private student loans and Parent PLUS loans.
$17,418
Median Monthly Loan Payment The median monthly loan payment for student borrowers who completed, if it were repaid over 10 years at a 5.05% interest rate.
$261
More Financial Info

3.60 Average Rating
They are very different from the rest, not big on sports, so not that big on school spirit but they do try to get you involved.
The teachers care so they work you hard so that you understand all the material you would need to succeed in your given field.
They try to make sure every student is a successful leader and they also do a lot of community service projects and that is one of the best aspects of the school.
Nneka from Lithonia, GA
Clayton State is amazing. The campus is great for transitioning students and even better for academics. Everyone is friendly. There are so many events that go on around the campus, there's no way that you can't be involved! The professors are helping and the staff are always there for you.
Jaidyn from Covington, GA
Clayton State University is an unique school. This school offers a varies of programs and resources to that can be tailored to fit your needs and wants. Clayton State might be a small campus but it impact of the world is huge.
Amber from Morrow, GA
I have only experienced one of the open orientations that they offer, but from that and from what current students have told me about the school; it is a perfect match for a person like me. I wasn't a star in high school and needed a school that would give me a second chance to do and be better and Clayton State is that school.
Ty-Quanna from Mcdonough, GA
clayton state university has been a big influence in my life choices for my future. throughout my attendance here at clayton state univ. i have found and developed my purpose for my field in sociology. this university provides the equitable services needed for success towards graduating to their entire student community with the add component, a healthy atmosphere for working staff members, which formulates a successful aurora for projected graduating students.
Yahara from Covington, GA
END_OF_DOCUMENT_TOKEN_TO_BE_REPLACED