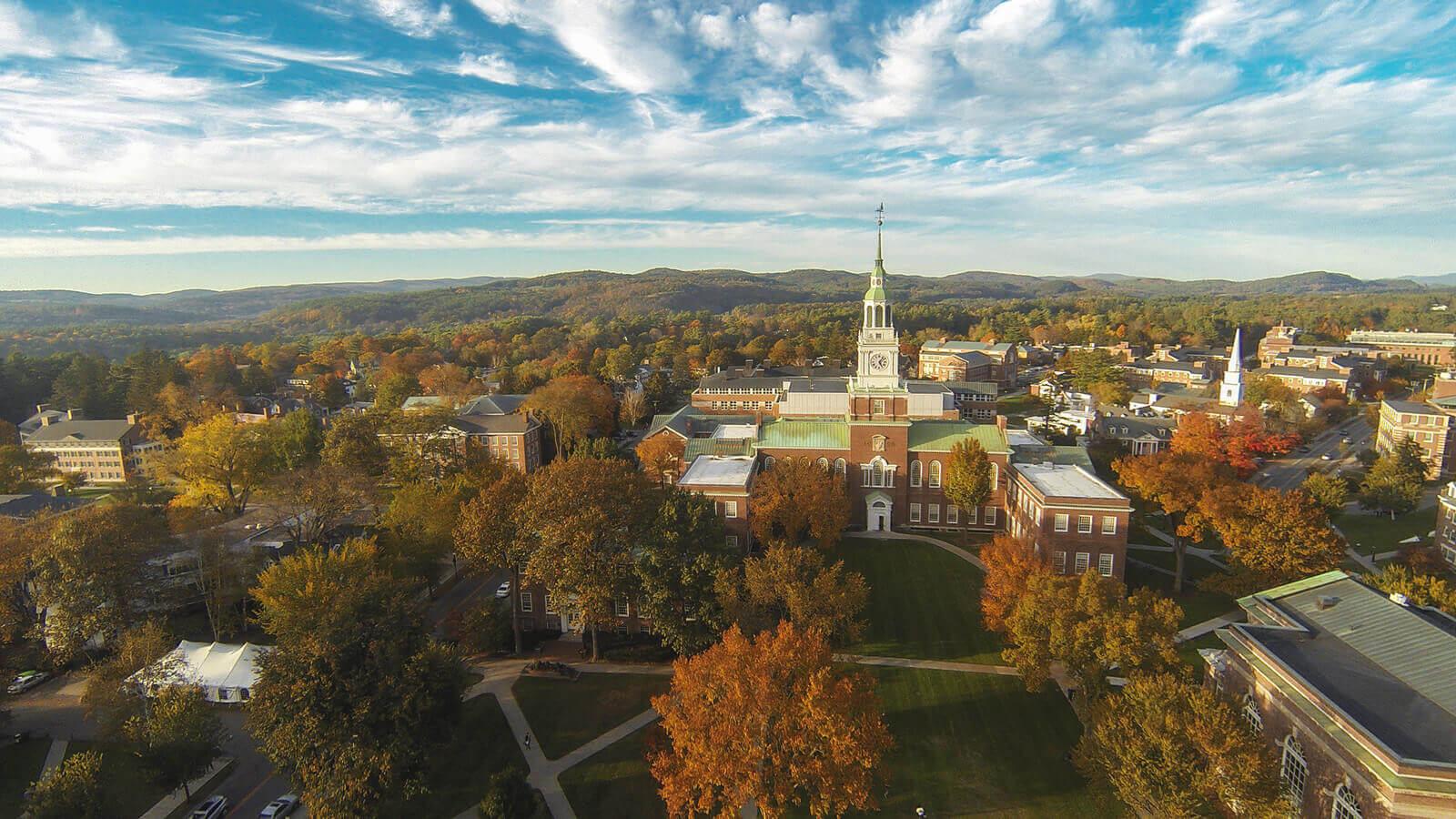 The Flexible D-Plan Class Structure
With a 10 percent acceptance rate, it’s a hard-earned victory to receive an admissions letter from this Ivy. In return, Dartmouth College arguably rewards its students with a multitude of opportunities, many of which are made available through the institution's unique D-Plan class structure. Dartmouth offers 45 majors through six departments, as well as minors and a format to customize majors, either called “Modified” or “Special.”

Dartmouth runs courses throughout the entire year and students can choose which quarters they want to spend on the Hanover campus. To graduate, students must complete twelve 10-week quarters, but only seven of them are required to be spent on the physical campus. This flexibility provides a number of opportunities for students to study abroad, resulting in more than half of Dartmouth’s student body studying abroad during their tenure at the college. Financial aid also follows students anywhere they go, making it easy to venture off-campus.

The D-Plan also allows students to pursue internships during any quarter of the year, with help from the Dartmouth Center for Professional Development, the Alumni Career Network, Center for Social Impact, Dickey Center for International Understanding, and more.

Undergraduate Advising and Research (UGAR)
Undergraduates at Dartmouth can take advantage of their Robust Research Infrastructure to get involved in research. Undergraduate Advising and Research (UGAR) pairs students with professors to work 1-on-1 and foster mentoring relationships, while the Women in Science Project (WISP) focuses on women interested in STEM fields. Students can also take advantage of research grants for a variety of reasons, including to do full-time research, part time assistantships, and thesis research.

The Dartmouth Great Outdoors
With a river on one side and mountains on the other, Dartmouth takes advantage of its location with long-standing programs like the Dartmouth Outdoors Club (DOC), which also plays a key role in Dartmouth’s commitment to bonding classmates through First-Year Trips. This emphasis on unity flows neatly into the institution’s drive to foster leaders who create a community based on scholarship and life-long learning.

The 237-acre campus boasts “The Green” at the apex, the famous box of lawn criss-crossed with walkways, where this institution holds its popular carnivals—four a year that let students loosen up and come together. For those attending classes in the summer, it’s also home to a weekly farmer’s market. It’s all overlooked by the Baker Tower which features that Baker Bells, which play the Alma Mater at 6 pm. Reportedly, the bells also take requests and have been heard to play “Hogwarts Forever” from Harry Potter.

"The Big Green"
Throughout the years, “The Green” became more than a gathering place. In 1970, it also inspired the nickname for Dartmouth’s 35 athletic teams, known officially as “The Big Green.” Playing in NCAA Division 1, the campus features a number of facilities to support the teams, including the Boss Tennis Center, Corey Ford Rugby Clubhouse, Berry Center squash courts, and McLane Skiway Lodge.

Finding it difficult to dress up as “The Big Green,” though, an unofficial mascot was chosen in 2003: Keggy the Keg (which, yes, is a very large beer keg). Unsurprisingly, it was chosen by the humor mag of the institution, the Dartmouth Jack-O-Lantern, which was once headed by Theodore Geisel, class of 1925, more commonly known by his pseudonym, Dr. Suess.

Students Borrowing Loans Loans to students - Any monies that must be repaid to the lending institution for which the student is the designated borrower. Includes all Title IV subsidized and unsubsidized loans and all institutionally- and privately-sponsored loans. Does not include PLUS and other loans made directly to parents.
45%
Average Loan Amount Per Year
$5,412
Average Debt at Graduation The median federal debt of undergraduate borrowers who graduated. This figure includes only federal loans; it excludes private student loans and Parent PLUS loans.
$12,906
Median Monthly Loan Payment The median monthly loan payment for student borrowers who completed, if it were repaid over 10 years at a 5.05% interest rate.
$143
More Financial Info

4.04 Average Rating
I'm so happy to be at Dartmouth. It wasn't my first choice school, but I can't imagine a better place for me now that I'm there. Dartmouth people are some of the least pretentious and yet most talented people in the country, and they constantly amaze me and push me to amaze myself.
'16 from ME
Dartmouth Creates a welcoming atmosphere during orientation and then, unlike other schools, mantains it. Administration is approachable due to the small size. The students are accepting and encouraging of one another.
Big Green!
I loved the welcoming atmosphere from the moment I stepped on campus, which I noticed during an admissions tour and certainly holds true. Be prepared for the fast pace of a ten-week term since Dartmouth uses the quarter system instead of semesters, but it gives students more flexibility to pursue multiple study abroad, internship and leave-term options over their student careers. Dartmouth students are very involved in extracurriculars, perhaps even over-committed, and Greek life is a big deal here.
Sarah from PA
Dartmouth College has a large campus that is great for all students - 5 stars on location/campus. It's medical department is WONDERFUL, and it even runs its own hospital, which has doctors from all around the world, including ones that have graduated from Dartmouth (5 stars for employment opportunities)!!!! Also, it has a great department for medical studies, which is great for those looking for a degree in those fields (5 stars)!
Brianna from New Hampshire
Dartmouth has some of the most welcoming professors, friendly student, and most comprehensive yet entertaining classes.
Brian from Cedar Knolls, NJ
Biggest problem with the school is that it doesn't cater to non mainstream students (wannabe investment bankers, fratstars, big drinkers). It can be extremely difficult to find individuals against the grain, especially since this school is in the middle of nowhere. Education quality is generally very high, and help is readily available.
Current Student
END_OF_DOCUMENT_TOKEN_TO_BE_REPLACED