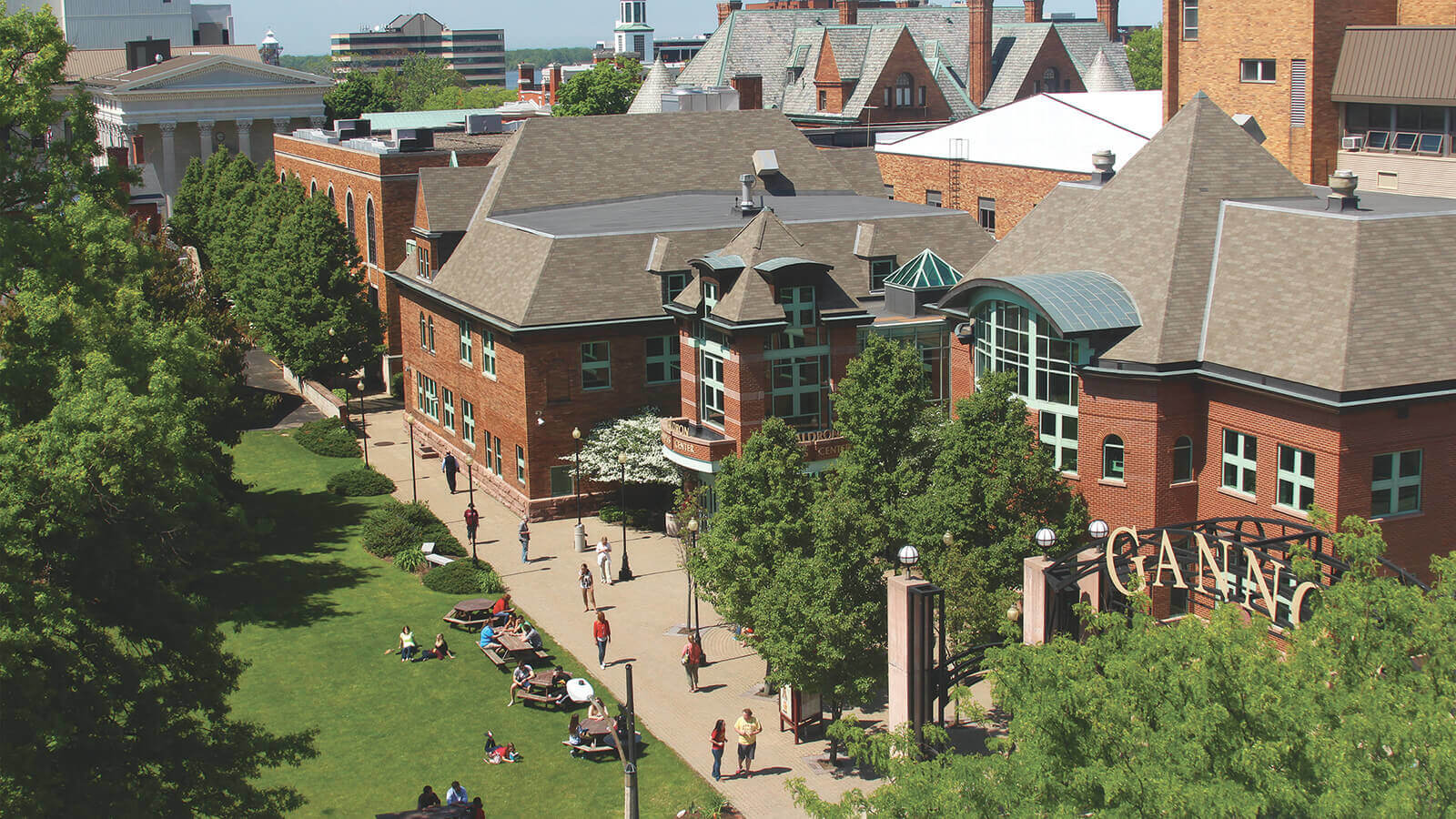 Founded by the Roman Catholic Diocese of Erie, Gannon University is a 4-year Catholic liberal arts college in northwest Pennsylvania and one of 11 Diocesan universities in the United States. Gannon grants bachelor’s degrees in 64 academic fields of study. As a Catholic institution, Gannon celebrates weekly mass every Sunday at Mary, Seat of Wisdom Chapel. Additionally, the university sponsors a number of retreats throughout the year as well as an Alternative Spring Break.

Students Borrowing Loans Loans to students - Any monies that must be repaid to the lending institution for which the student is the designated borrower. Includes all Title IV subsidized and unsubsidized loans and all institutionally- and privately-sponsored loans. Does not include PLUS and other loans made directly to parents.
72%
Average Loan Amount Per Year
$9,541
Average Debt at Graduation The median federal debt of undergraduate borrowers who graduated. This figure includes only federal loans; it excludes private student loans and Parent PLUS loans.
$23,494
Median Monthly Loan Payment The median monthly loan payment for student borrowers who completed, if it were repaid over 10 years at a 5.05% interest rate.
$258
More Financial Info

3.80 Average Rating
It is a good student atmosphere. The professors are open and understanding and have a vast knowledge base. This is the best choice I could have made for my major, occupational therapy.
Sarah from Imperial, PA
Gannon University's staff and student body are welcoming to everyone and want you to get involved. They make you feel at home from the second you walk in, and they help you with every step along the way in your quest for a degree. With the help from everyone at Gannon University, all things are possible.
Emily from Poland, OH
Gannon University has many good academic programs along with a variety of groups and organizations to be apart of. It helps to become a well rounded student because you are exposed to many different opportunities. Class sizes are perfect and you really get to know the professor that you are working with.
Hannah from Corry, PA
Gannon has provided all the necessary information to me about academics, scholarships available, and financial aid.
Anonymous
Gannon University provides a great environment for learning with small classes. Teachers really care about each students success. It is easy to maneuver around campus.
Kathleen from Cleveland, OH
Coming to Gannon is probably one of the best choices I have ever made. The school is great and everyone is so nice. I couldn't imagine myself anywhere else.
Kelly
END_OF_DOCUMENT_TOKEN_TO_BE_REPLACED