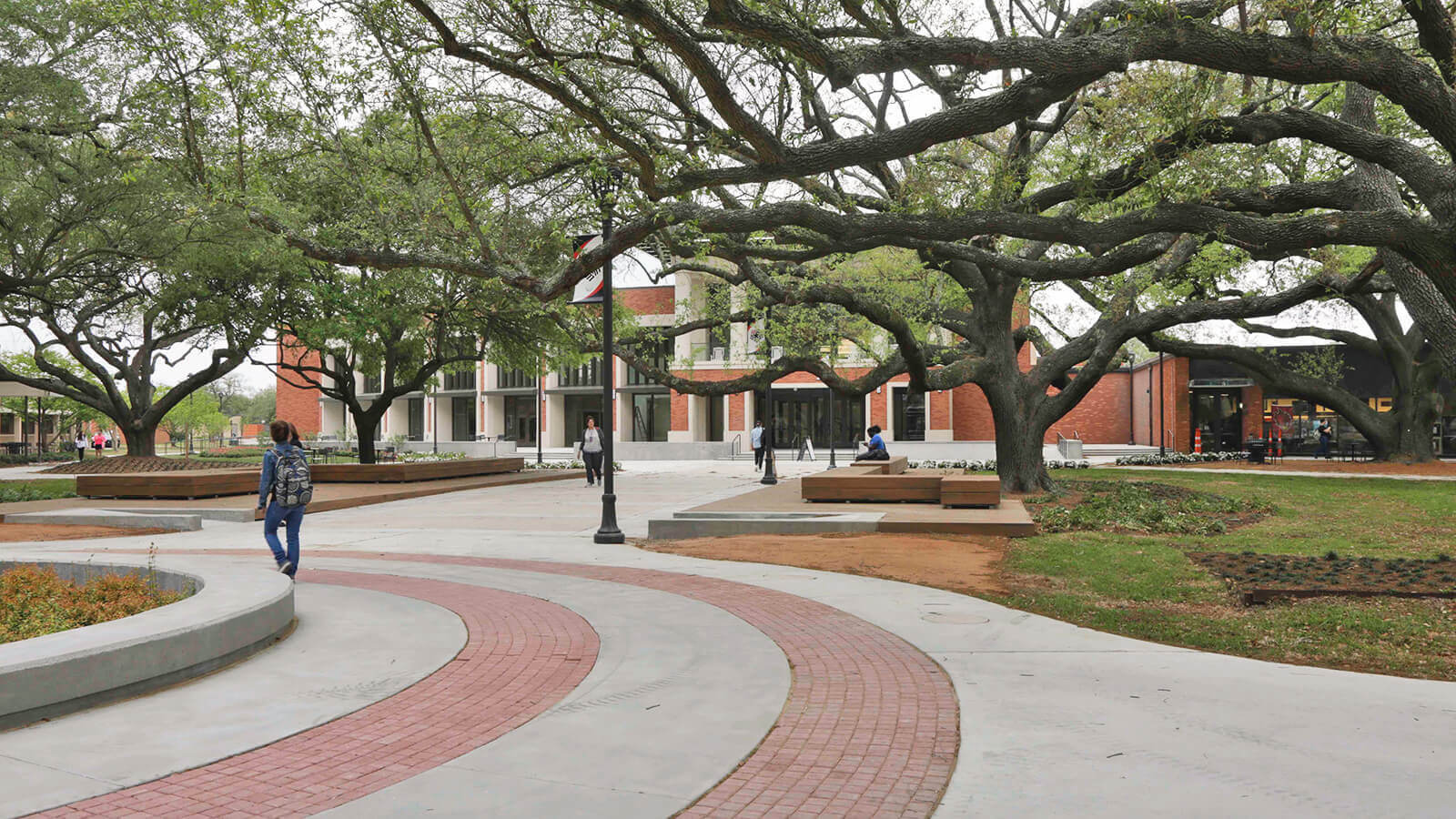 Named for the second president of the Republic of Texas, Lamar University is a 4-year public school in southeast Texas and a member of the Texas State University system. Lamar encompasses five colleges granting bachelor’s and graduate degrees in over 100 academic fields of study. For students who wish to learn in a different country, Lamar oversees 20 faculty-led study abroad programs in 16 foreign countries. Outside of the classroom, Lamar fields 15 men’s and women’s athletic teams known as the Cardinals.

Students Borrowing Loans Loans to students - Any monies that must be repaid to the lending institution for which the student is the designated borrower. Includes all Title IV subsidized and unsubsidized loans and all institutionally- and privately-sponsored loans. Does not include PLUS and other loans made directly to parents.
47%
Average Loan Amount Per Year
$7,111
Average Debt at Graduation The median federal debt of undergraduate borrowers who graduated. This figure includes only federal loans; it excludes private student loans and Parent PLUS loans.
$12,750
Median Monthly Loan Payment The median monthly loan payment for student borrowers who completed, if it were repaid over 10 years at a 5.05% interest rate.
$205
More Financial Info

3.83 Average Rating
lamar university has small classrooms so professors can pay attention to all student needs. all faculty and staff are willing to help students accomplish their goals both inside and outside the classroom. lamar university has several hangout locations, student activities, and student organizations in which people can meet and network.
Cynthia from Beaumont, TX
Lamar University is the very definition of Southern hospitality. The professors are flexible and enjoy working with students who have the drive for education. The campus is not too large or too small and is perfect for and uncrowded learning experience ideal for open minded students.
Michael from Austin, TX
Lamar University is a great university if you like easy access to professors, many research opportunities, and a good education at a low cost. Since being at Lamar I've been able to conduct research in psychology, organic chemistry, and biochemistry. Thanks to some of Lamar's programs like McNair and STAIRSTEP, I've been able to go to conferences and present my research.
Karla from Port Arthur, TX
i love lamar, its a great school and very diverse. at lamar university we have so many opportunities here. the school helps you succeed with the internships and organizations that are provided for us here at lamar.
Shaundrea from Houston, TX
lamar university is an awsome school. they really do care about the education of their students. lamar also offers a lot of great tutoring oppertunities to make sure the students have all the help they need.
Diamond from Houston, TX
Lamar University really gives tips and tricks to help you with your experience. At the beginning of each semester there's a fun Week of Welcome filled with free food, games, and activities to do. Although it's a smaller campus, there's enough of a university feel to make the college experience nice.
Bailey from Lumberton, TX
END_OF_DOCUMENT_TOKEN_TO_BE_REPLACED