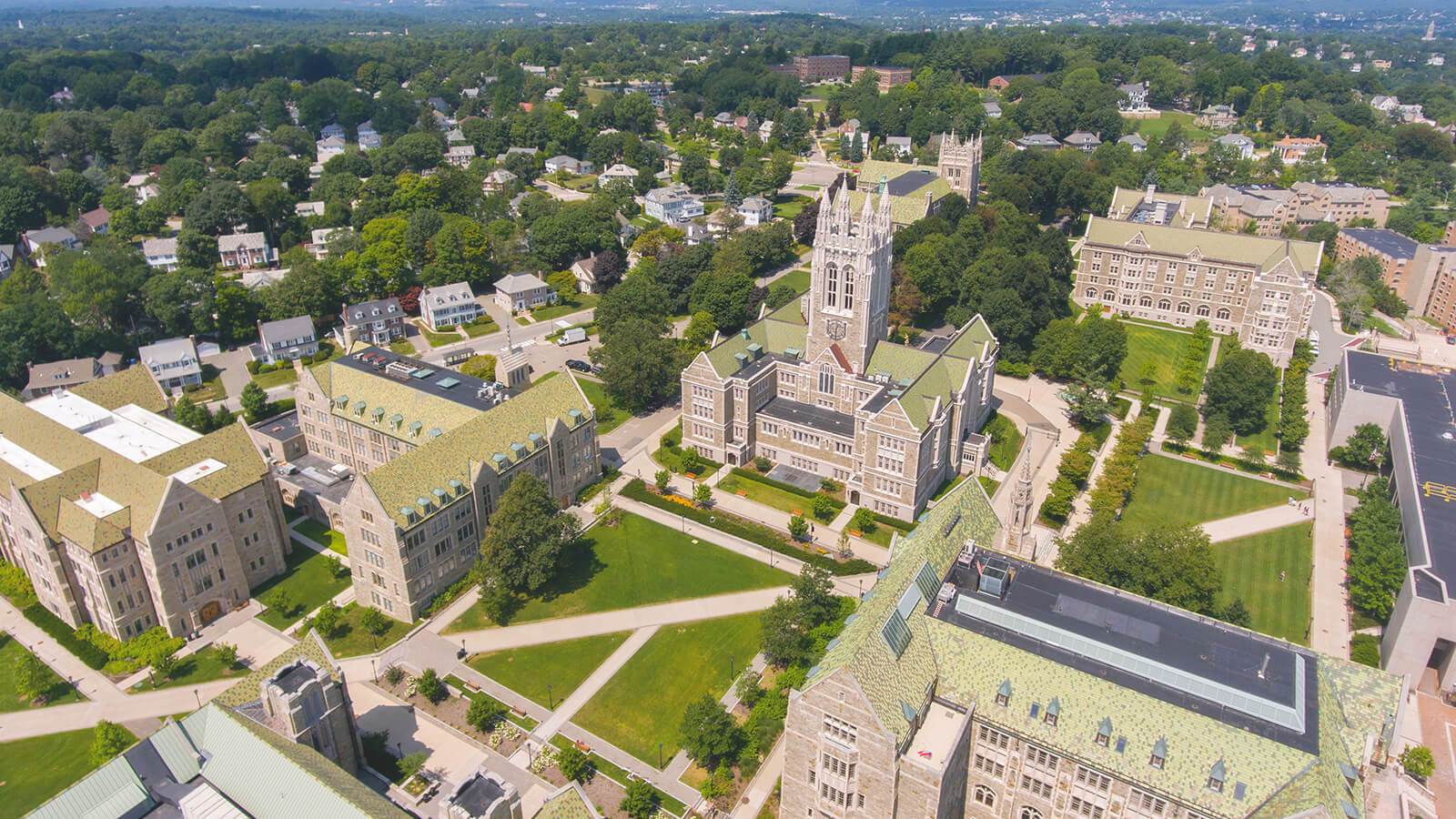 Boston College is a 4-year Jesuit Catholic University and the first institution of higher learning founded in the city of Boston. BC is home to eight schools and colleges conferring degrees in over 50 fields of study. As a Catholic university, Boston College celebrates daily Mass as well as an annual Mass of the Holy Spirit. For those interested in architectural history, BC features six Gothic Revival stone buildings that are some of the earliest North American examples of collegiate gothic architecture.

Students Borrowing Loans Loans to students - Any monies that must be repaid to the lending institution for which the student is the designated borrower. Includes all Title IV subsidized and unsubsidized loans and all institutionally- and privately-sponsored loans. Does not include PLUS and other loans made directly to parents.
37%
Average Loan Amount Per Year
$4,003
Average Debt at Graduation The median federal debt of undergraduate borrowers who graduated. This figure includes only federal loans; it excludes private student loans and Parent PLUS loans.
$16,750
Median Monthly Loan Payment The median monthly loan payment for student borrowers who completed, if it were repaid over 10 years at a 5.05% interest rate.
$167
More Financial Info

4.09 Average Rating
I absolutely love Boston College and everything it has to offer. The academic prestige is challenging but rewarding and the campus activities are numerous and extremely fun. The campus is beautiful and the spirit on campus is felt from a mile away.
Katelyn from Taunton, MA
Boston College is an ideal school. With a mid-sized undergraduate body of around 9000 students, ample major options, a beautiful and navigable campus, and wonderful and accessible professors, it was an easy decision to decide to go here. Nothing else can compare to BC's atmosphere and credentials; it feels like home, AND its education standards nearly match those of the Ivy League.
Claudia from McHenry, IL
Boston College is more than a school, is a supportive community. The administration and students truly care about each other and try to help each other as much as possible. I cannot image a better environment to grow mentally, personally, and spiritually.
Andrea from Jackson Heights, NY
bc is a great university that is geared for all types of students. it is a liberal arts university with schools in business, nursings, arts and sciences, and education. everyone at bc is friendly and outgoing, and it is a great choice for a college experience.
Anonymous from Chestnut Hill, MA
Out of all of the colleges I visited in Boston, Boston College was the most beautiful and had the most to offer. Boston College has great academics that are accompanied by an amazing chance to increase your faith.
Mario from Oceanside, NY
It's a Jesuit- Catholic university
The best decision.
Never boring - between academics and activities there is always something to do and something for EVERYONE.
END_OF_DOCUMENT_TOKEN_TO_BE_REPLACED