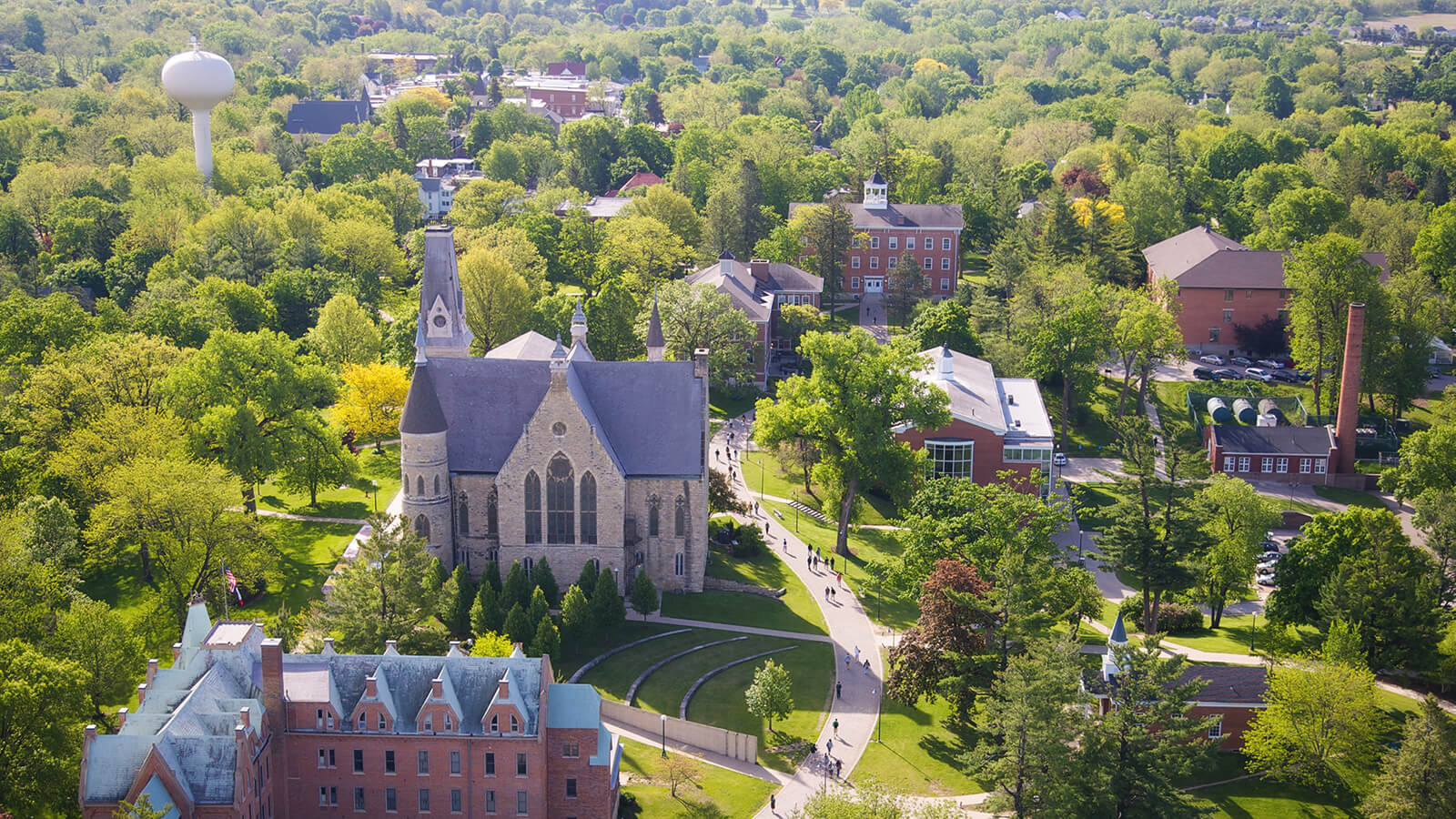 Cornell College is a liberal arts institution situated in Mount Vernon, Iowa, that was founded in 1853. Deemed “more selective,” Cornell is one of only 40 schools profiled by Loren Pope's book "Colleges That Change Lives" and also ranks as a top tier of national liberal arts colleges by US News & World Report. Utilizing a block schedule, Cornell students take only 1 course at a time, completing 8 per semester. Most students live on the Mount Vernon campus, which is one of only two colleges to be listed, in its entirety, on the National Register of Historic Places. The campus also features Iowa's largest ginkgo tree, an annual Culture Show, and Cornell T. Moose, a stuffed moose's head that's lived in Law Hall since 1925.

Students Borrowing Loans Loans to students - Any monies that must be repaid to the lending institution for which the student is the designated borrower. Includes all Title IV subsidized and unsubsidized loans and all institutionally- and privately-sponsored loans. Does not include PLUS and other loans made directly to parents.
66%
Average Loan Amount Per Year
$8,449
Average Debt at Graduation The median federal debt of undergraduate borrowers who graduated. This figure includes only federal loans; it excludes private student loans and Parent PLUS loans.
$25,000
Median Monthly Loan Payment The median monthly loan payment for student borrowers who completed, if it were repaid over 10 years at a 5.05% interest rate.
$287
More Financial Info

4.01 Average Rating
Cornell is great! Everyone here is very friendly, upperclassmen are happy to help you. Plus all the staff are eager to assist you in anyway they can.
Maria from Albuquerque, NM
Cornell is a small community with excellent academic opportunities. They offer fairly good financial aid and are willing to accommodate to suit a student's needs. If you are looking for an exciting social scene however, Cornell is not the school for you.
Brandon from Gilbert, IA
One of the most beautiful schools out there. The school is an amazing place for anyone who wants a different, and even Hogwarts-esque experience. From the professors to the students, Cornell College is absolutely fantastic.
Kahn from Washington, DC
Cornell College is a small, liberal arts school that focuses not only on academics, but also on personal relationships. Cornell College offers a myriad of opportunities for students to get involved on campus, in addition to resources, such as internships and study abroad programs. Overall, Cornell College is an academically rigorous, socially accepting, relationship-driven school that strives to help all students achieve their goals.
Chandra
Cornell is located in a small town, living here will mean creating your own fun or searching for activities through clubs, athletics, or greek life. People here are different in different senses of the word; we have our share of the different colors of the rainbow. The teachers are really helpful and invested, just like the students are helpful and friendly.
Anonymous
Cornell College is a fantastic, small, friendly community. The One Course At A Time model truly allows me to focus my intellectual capacities on my subject in a unique manner. At Cornell, the professors emanate a majestic aura of knowledge, wisdom, love, and passion.
Justin from CENTENNIAL, CO
I really enjoy my time in class and the small campus has given me a chance to make a network of friends quickly. The courses are incredibly rigorous and intellectually stimulating, and most of my professors have been reasonable human beings who I can talk to if need be.
Yolanda from Portland, OR
END_OF_DOCUMENT_TOKEN_TO_BE_REPLACED