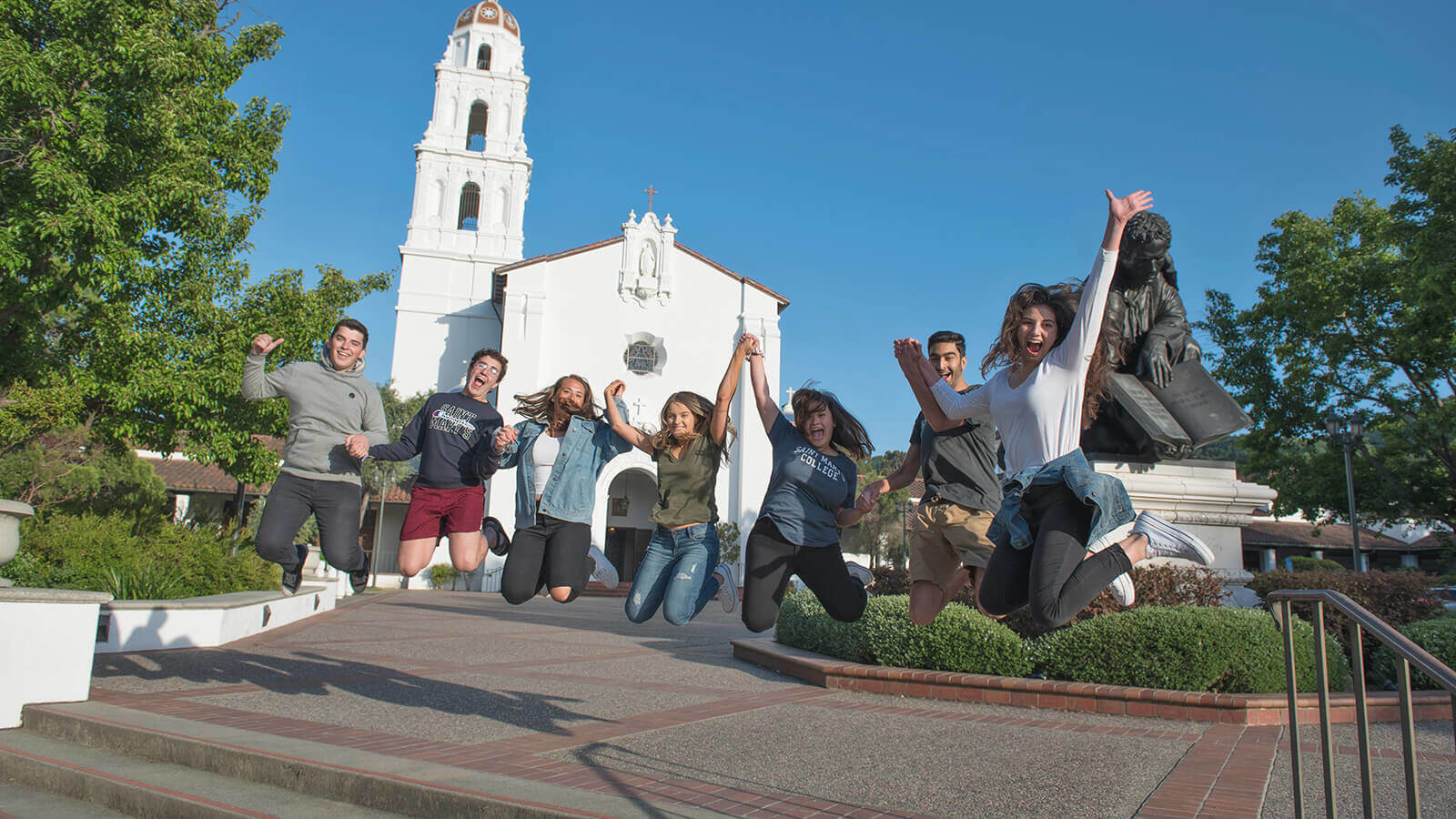 Founded by the local archbishop, Saint Mary’s College of California is a Catholic liberal arts college in the Bay Area administered by the De La Salle Christian Brothers. Saint Mary’s is home to schools of Economics, Liberal Arts, and Science conferring bachelor’s degrees in 43 academic majors. As a Catholic college, Saint Mary’s celebrates daily and Sunday mass at the Brothers’ Chapel and also schedules one student-led mass per week during the school year. To celebrate its LaSallian heritage, Saint Mary’s holds De La Salle Week every year featuring opportunities for community building, service, and celebration.

Students Borrowing Loans Loans to students - Any monies that must be repaid to the lending institution for which the student is the designated borrower. Includes all Title IV subsidized and unsubsidized loans and all institutionally- and privately-sponsored loans. Does not include PLUS and other loans made directly to parents.
51%
Average Loan Amount Per Year
$5,303
Average Debt at Graduation The median federal debt of undergraduate borrowers who graduated. This figure includes only federal loans; it excludes private student loans and Parent PLUS loans.
$20,500
Median Monthly Loan Payment The median monthly loan payment for student borrowers who completed, if it were repaid over 10 years at a 5.05% interest rate.
$231
More Financial Info

3.68 Average Rating
Saint Mary's is a great college with small class sizes, caring teachers, and a friendly student body. There are plenty of opportunities for students interested in academics, sports, leadership, community service, and more. I definitely recommend this campus for anyone serious about their education and looking for an amazing college experience.
Alexis from Morro Bay, CA
saint mary's is an amazing school, it has opened up so many opportunities for me. i am surrounded by good, truth worthy people that i feel safe around. saint mary's has helped me find my passion.
Amelia from Stockton, CA
Saint Mary's College of California has one of the most beautiful campus' I have seen. As well as small class sizes which makes it easy to get all of your classes. SMC also, gives exceptional help and instruction on what classes you should be taking for any major.
Maxwell from Concord, CA
Perfect class sizes and teachers. Great sports teams. Fabulous Bay Area location.
A Happy Student
Mount has amazing staff that has been always there for me, with smiles and direction. The campus at Doheny is absolutely beautiful, welcoming and warm. Mount Saint Mary's is a wonderful place, and i am confident that this school will prepare me for the world.
Jaqueline from Los Angeles, CA
The school is very welcoming and has a sense of community. It has various resources to help the students. The professors are always there if a student needs help in something.
Liz
Although I had no idea that this college existent when I applied, a tour of the campus quickly turned this college into my dream school. It has turned out to be everything I wanted and more. It is the perfect college for me.
Lauren from Elk Grove, CA
END_OF_DOCUMENT_TOKEN_TO_BE_REPLACED