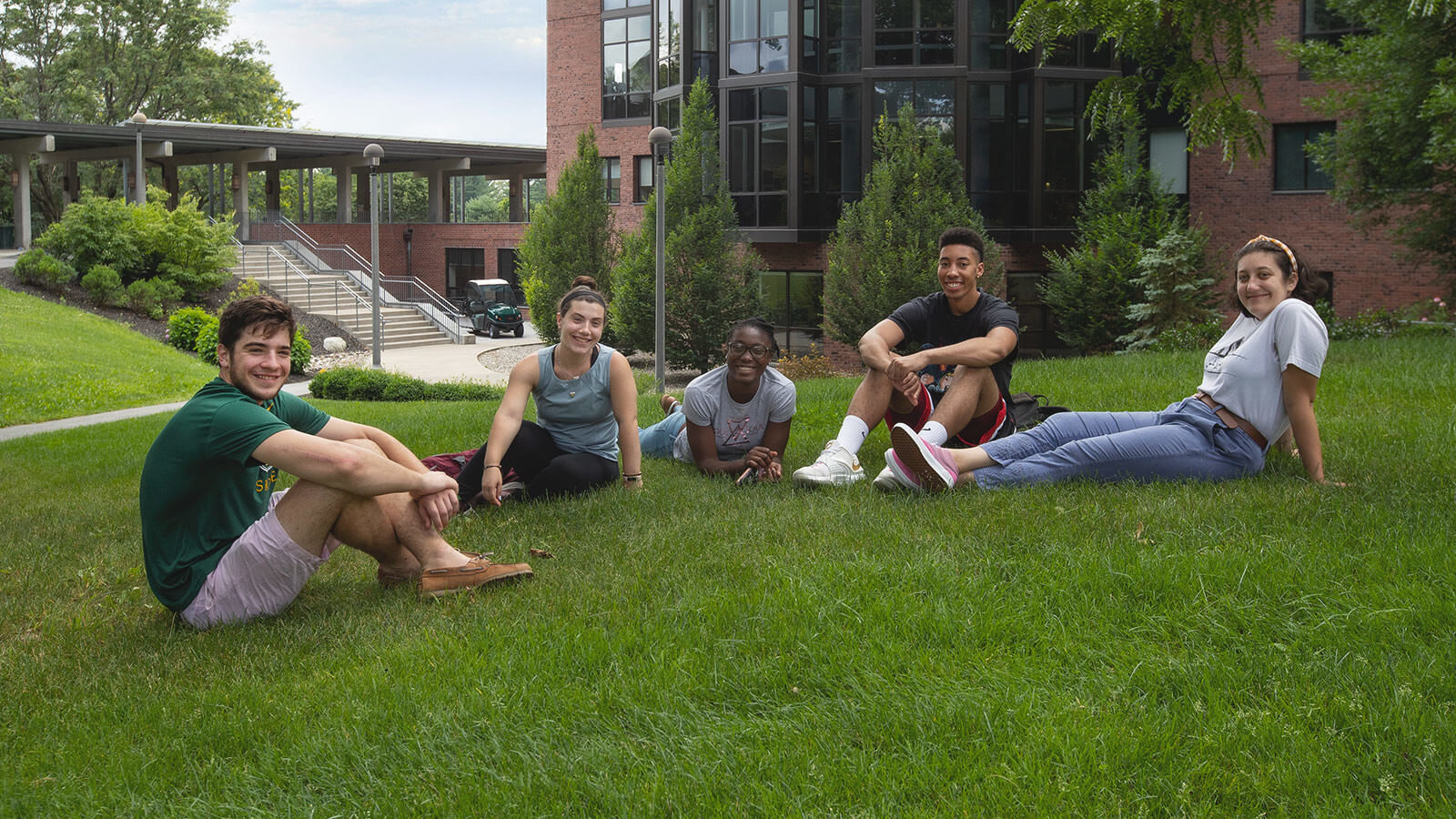 On 1,000 acres of Saratoga Springs, New York, is Skidmore College, a liberal arts institution that offers students 43 majors and more than 120 study abroad programs. Considered a "Hidden Ivy," Skidmore routinely makes national lists, including as one of "American's Most Entrepeneurial Colleges" and as a "Best Value" school. SC's motto, "Creative Thought Matters," can be traced back to the founder of the school but can be seen on campus today in everyday classes, science labs, and in the Tang Teaching Museum and Art Gallery, as well as the Arthur Zankel Music Center. Skidmore hosts the National College Comedy Festival every year and student comedy troupes and improv groups come from across New England and further afield to perform.

Students Borrowing Loans Loans to students - Any monies that must be repaid to the lending institution for which the student is the designated borrower. Includes all Title IV subsidized and unsubsidized loans and all institutionally- and privately-sponsored loans. Does not include PLUS and other loans made directly to parents.
34%
Average Loan Amount Per Year
$6,794
Average Debt at Graduation The median federal debt of undergraduate borrowers who graduated. This figure includes only federal loans; it excludes private student loans and Parent PLUS loans.
$19,350
Median Monthly Loan Payment The median monthly loan payment for student borrowers who completed, if it were repaid over 10 years at a 5.05% interest rate.
$204
More Financial Info

3.92 Average Rating
Skidmore is a place that thrives on differences and those differences fuel us. It is a place where you have so many choices (whether it comes to what class to take, what to major in, what clubs to join, or where to chill) and it's up to you to make them. Skidmore is a place where you can discover yourself, while still getting the support you need if you reach out for it.
Ruthann from Beltsville, MD
Skidmore has been the best decision of my life so far. They have everything I need here. An awesome group of students, good food, and awesome dance classes.
Kiana Doumbia
Skidmore is a fun, and lively college whose students are diverse in their interests and active within the campus community. The professors are attentive and always open to talking with their students about classes, grades, or anything else that they need help with. As a whole the college is a friendly and welcoming community of people who are willing to support students in their endeavors, whatever they may be.
Sophia from Cumberland, RI
Skidmore College is the perfect school if you're looking for a small liberal arts college. The classes are small and intimate, the professors brilliant and personable, and the courses are wide-ranging for those who are unsure of what they are interested in. The campus is beautiful and the city of Saratoga is safe and quaint.
Taylor from Waterboro, ME
Skidmore College is a liberal arts college in Saratoga Springs, New York. With an undergraduate student body of roughly 2,600, the school is quite small, but it is still large enough for a student to meet new people every day. Small class sizes make for intensive contact with professors and fellow students. It is not a big party school per se, but does have some good social life, and is located in a lovely town.
Mandy
Skidmore is a place where intelligence is more than regurgitating textbooks. Skidmore College values what the individual has to offer and contribute. Creative thought is emphasized in all aspects of one's educational experience at Skidmore College.
Michelle
Personally, my time at Skidmore were the best years I ever had. I was challenged academically, I met incredible people, and I worked with great professors. I could not have asked for a better college experience.
Jason from Fairborn, OH
Skidmore is a wonderful community of creative and academic students. The professors here are wonderful and truly care for the students. There are opportunities in almost every area of interest from knitting, to quidditch, to photography we have it all.
Emma from Bath, ME
Skidmore College is an amazing school.The teacher student ratio is perfect because it allows students to interact better with their professors. I feel comfortable at this school and it gives a lot of opportunities starting your second semester of freshmen year
Franchesca from Ridgewood, NY
END_OF_DOCUMENT_TOKEN_TO_BE_REPLACED