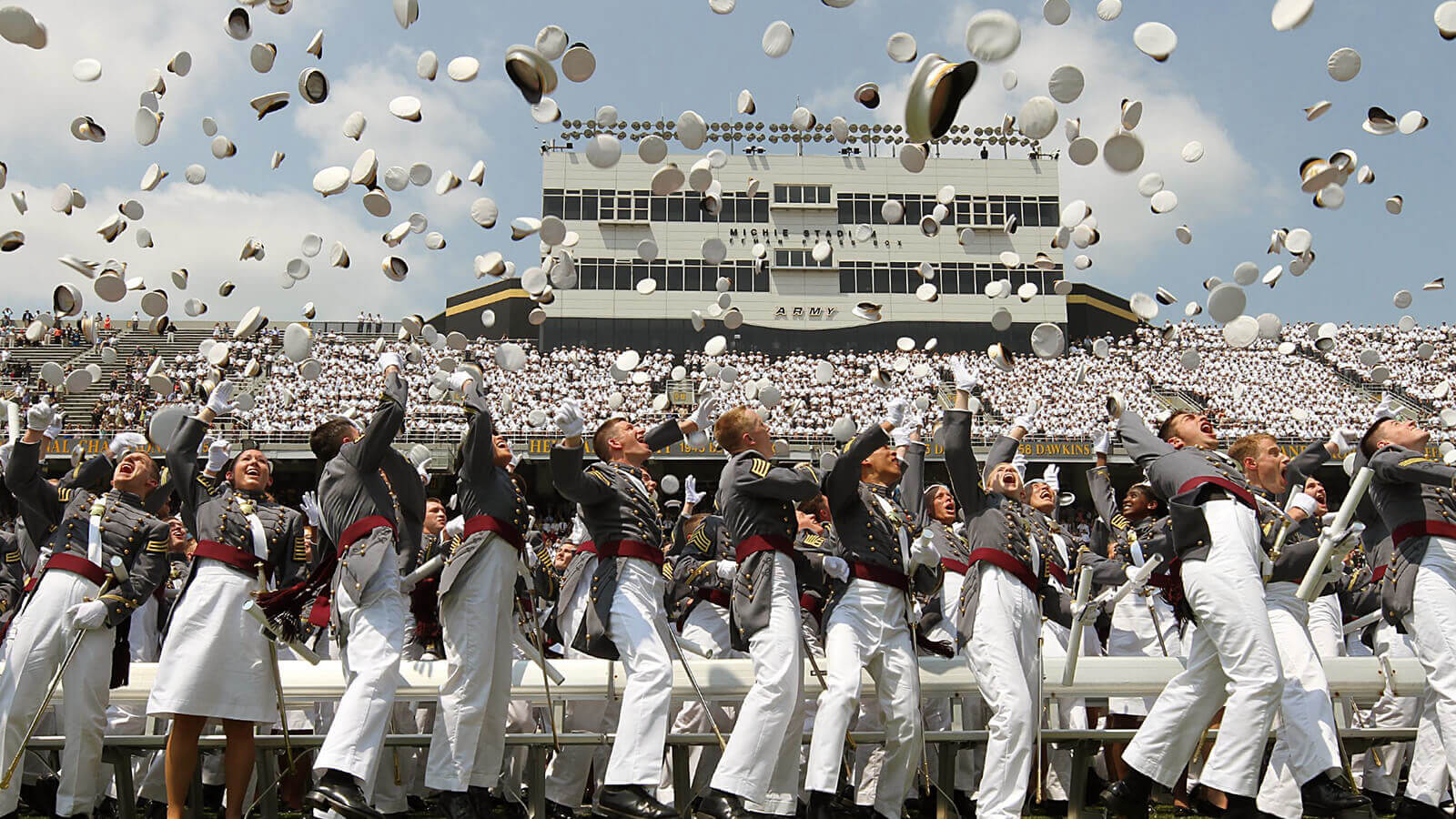 The United States Military Academy is located in West Point, NY, with a "mission to educate, train, and inspire the Corps of Cadets for a career of professional excellence and sevice to the Nation as an officer in the United States Army." West Point offers 13 academic departments for its cadets, which range from English and Philosophy to Civil and Mechanical engineering. After graduation, cadets are commissioned as officers for five years and join the "Long Gray Line," which is followed by 3 years in the Inactive Ready Reserve (IRR). Students at this highly selective military academy must receive nominations from their congressperson, senator, or the Vice President to gain admission into the school.

3.98 Average Rating
The United States Military Academy at West Point is a very prestigious institution in which one can discover what he or she is truly made of in the academic, military, and physical fields. Every student graduates a leader of character and earns the privilege of leading men and women in the U.S. Army. The ever expanding fraternity of the 'Long Grey Line' reminds the student that he or she is not alone in their drive to become an officer in the U.S. Army.
Alexander from Missoula, MT
The BEST Education you can find, the Academics are rigorous and challenging. Leadership, Team Work and Character is KEY to success at the Academy. The BEST place to commission as an Officer in the Army.
Felix from San Juan, PR
One of the most beautiful campuses and everyone I met was great. Although it may seem as though you're sacrificing a lot it is all worth it in the end.
Carla from FL
the uited sates mlitary aademy is an excellent school that challenges its students not only academically, but socially as well. this is to mold cadets into the best future leaders for the us army. be mindful it is a demanding school overall, but in the long run it will mold you into a better person for having experienced it.
benjamin from newark, de
END_OF_DOCUMENT_TOKEN_TO_BE_REPLACED